Ahead of their debuts against Italy on Saturday, Ireland head coach Andy Farrell insists Will Connors and Hugo Keenan are ready for the step up to international rugby.

Having previously spent time with the squad in the spring, Kildare man Connors gets the nod at openside flanker in a back row that also includes fellow 2020 Test debutant Caelan Doris and Munster’s CJ Stander.

Whereas it may have been difficult for both players to force their way into the starting XV if the Six Nations had continued as planned back in March, the extended break has given the 24-year-old pair an opportunity to stake their respective claims. 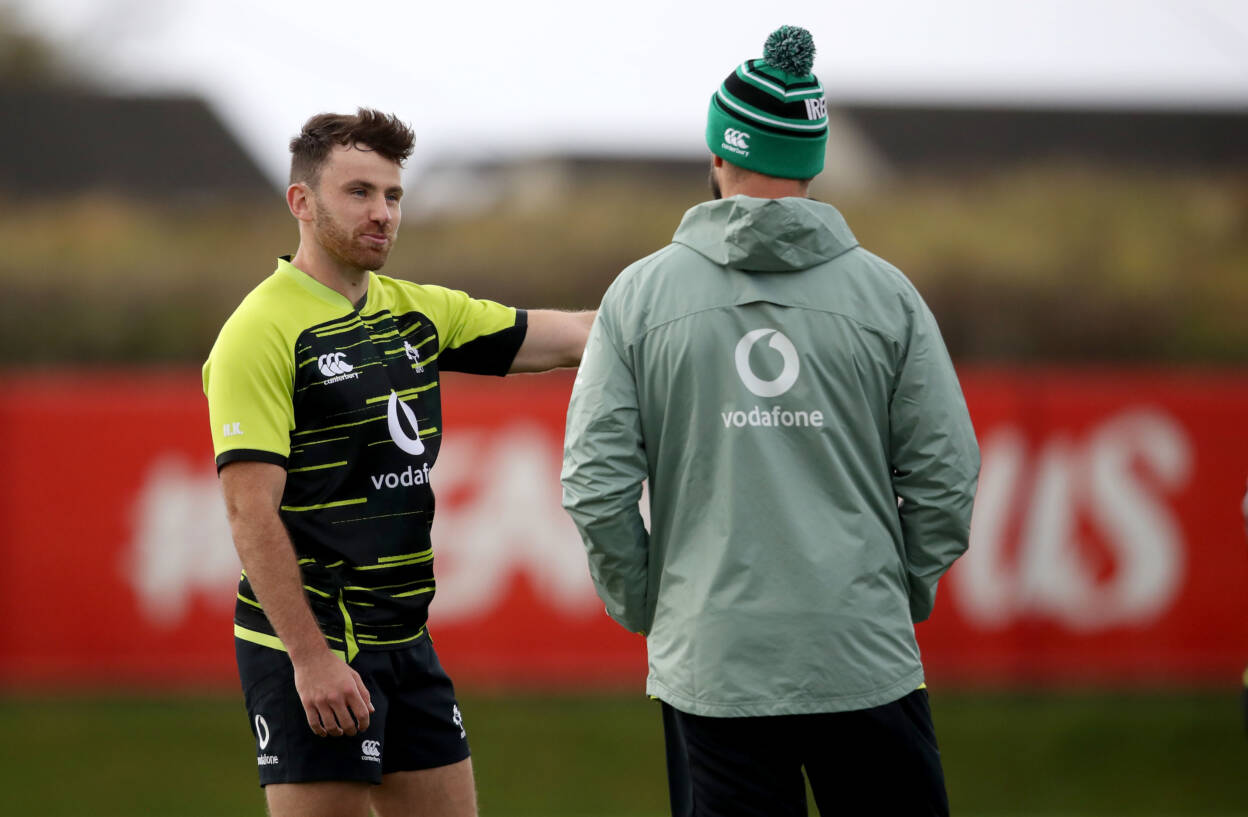 Speaking about the uncapped players, Farrell said: “Obviously we’ve had a few days together to see how they would fit into the system, etc., and the pressures of international rugby. Being able to adapt to new calls and new team-mates and everything else.

“Will has obviously been involved with us before and he has been chomping at the bit for a while. He had a seven-month break to think about that and he has come back in pretty good form so we are excited about seeing him.

“Hugo has had a great start after lockdown. He is an exciting player that can play in a variety of ways so they are both ready to go.”

Another Leinster duo, Ed Byrne and Jamison Gibson-Park, are also in line to make their international bows after being named among the replacements for the visit of the Italians to Dublin.

Farrell has every intention of giving them game-time in this rearranged round four clash, which will be just reward for the way they have applied themselves in recent days.

“Jamison, we all know by watching him play that he is a calming influence. He definitely is that to the team. He will add a different dimension when he comes off the bench. Certainly both of them will.” 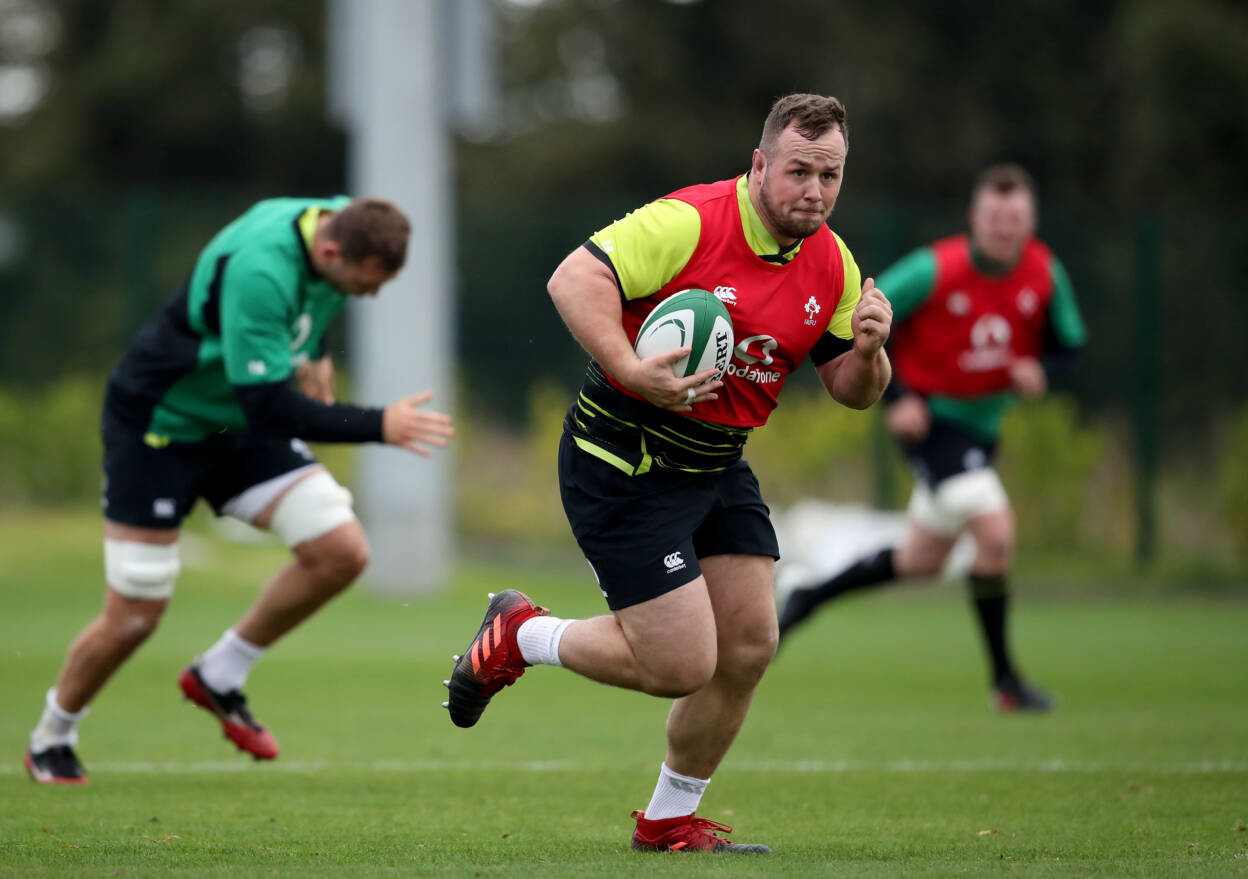 While Keenan’s inclusion is not entirely surprising, there was speculation that he would be a direct replacement for the injured Jordan Larmour at full-back.

In the two games Leinster have played so far in the 2020/21 season, Keenan has donned the number 15 shirt with Larmour shifting out to the wing.

However, Farrell has opted to select the former Blackrock College student on the right flank with Jacob Stockdale getting the nod at full-back. The Ulster star filled this position on a Ireland Under-20 team that also featured Keenan in 2016 and Farrell sees it as an option worth pursuing.

We’ve had quite a few sessions under our belt now so we have looked at different combinations and we’ve been very impressed with Jacob. He is learning the trade pretty quickly in the back field.

“He is learning to adapt and get stronger there. We think he has all the attributes to push forward in that position and there will be elements of his game we need to keep pushing forward.

“What you don’t see on the wing with Jacob, from time to time, is his skill level. He has got great vision, he is able to see things and he has great hands as well.

“He hits a brilliant line and you don’t always get to do that from the wing. Hopefully we can get him involved as much as we can and also it’s a great option to have that left boot at the back.” 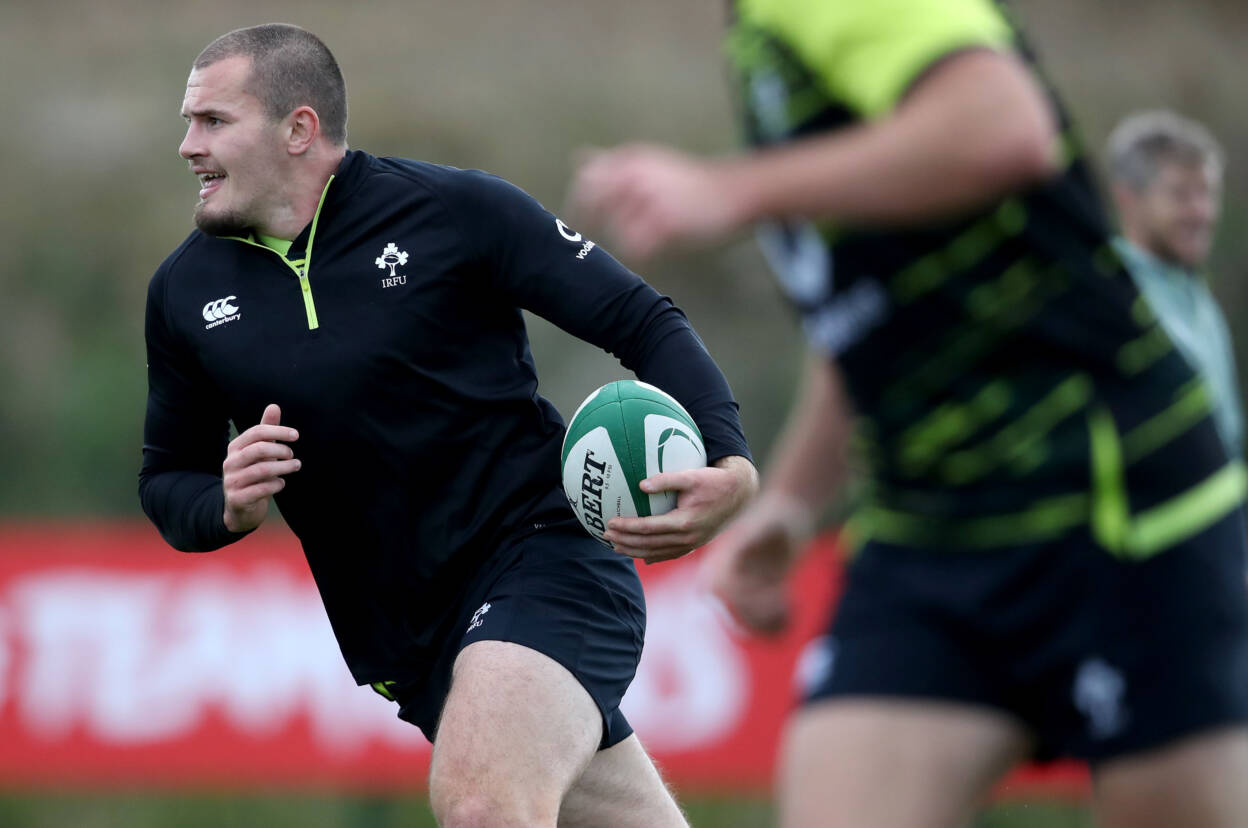 Undoubtedly the biggest headache for Farrell when selecting his first team in close to eight months was who to pick in the Irish midfield. In the end, he has gone for a Bundee Aki-Garry Ringrose axis in the centre, with Robbie Henshaw named on the bench as back-line cover alongside Gibson-Park and Ross Byrne.

The options available to Farrell in this area are exemplified by the fact that Stuart McCloskey and Chris Farrell were not able to make the matchday 23 for this weekend’s eagerly-awaited game.

On the subject of his centre pairing, Farrell acknowledged: “It’s unbelievably tough. All five of the centres always seem to be fit which is a great place to be.

“We have massive trust in Robbie. He has played a hell of a lot for us and he is going to come off the bench and do a great job. Stu McCloskey and Chris Farrell are great players that we all admire as a coaching staff.

“You are able to have a conversation in camp between them and to tell them where they are at. I’m sure they are all waiting for their chances and that when they do they will grab it with both hands as well.”

Having watched all four provinces up close since rugby’s restart, Farrell has a very clear idea of what he wants from his side. This is, of course, easier said than done and he fully expects Franco Smith’s Azzurri to bring the fight to them on Saturday.

“On the back of that, we hope to get some opportunities to play and be clinical on the back of that. That’s what we’re hoping for, but obviously the Italians will have something to say about that.

“Knowing Franco and the way that he wants to play, I’ve heard that they’ve had quite a few camps and their preparation would have been pretty good.

“They have nothing to lose and I like the style of rugby that they want to play. They’re throwing the ball around and they’ll be dangerous on Saturday so they’ll have a shout in how we play as well.”