As the countdown continues to the resumption of the Guinness Six Nations, James Ryan insists Ireland cannot take the challenge of Italy for granted at the Aviva Stadium on Saturday (kick-off 3.30pm).

Now guided by South African Franco Smith, who began the tournament as interim coach but has since assumed the position on a permanent basis, the Azzurri have been experimenting with a more expansive game-plan.

While this is yet to yield a positive result during Smith’s short reign, the three tries accumulated during a 35-22 defeat to France in February showed there is attacking potential within their ranks.

Looking forward to the round four tussle in Dublin, second row Ryan said: “We’re expecting Italy to play with real intent, certainly with the ball in hand. They’ve made the most passes so far in the Championship.

“I think when you start talking about bonus points amongst the team in a lead up to a Test match, you’re not in a great place. You’ve got to respect the opposition and see what happens from there.

“The focus is always playing what’s in front of you really. That message always stays the same.

“Certainly the better we can be at being able to turn the page and move on to the next job, as individuals and as a team, after an error or after we concede, the better. That’s always a part of our game that we’re looking to get better at.”

Still only 24, Ryan returns to the international fold following a decent run of starts for Leinster in recent weeks. A troublesome shoulder had kept him sidelined for an extended period, but he regained fitness in time for the province’s Guinness PRO14 final win over Ulster on September 12.

He also featured in the second row for the Heineken Champions Cup quarter-final against Saracens, before doing likewise in the opening two games of the new season – back-to-back league victories over the Dragons and Benetton.

Although he bounced back quicker than expected, the former Ireland Under-20 captain was always confident of recovering in time for this international window.

“Firstly, I was in very good hands. I was pretty confident that we could get a pretty good timeline recovery-wise. Very lucky that the guys in Leinster, the medical staff, the strength and conditioning staff, are world class really.

“Same here (with Ireland), but I had access to top class rehab coaches. They’re the kind of things that help those turnarounds go from 12 weeks to nine, 10 weeks. I was pretty confident from the start.”

If selected on Saturday afternoon, Ryan will be lining out alongside a third different lock partner in just four appearances for Ireland this year. 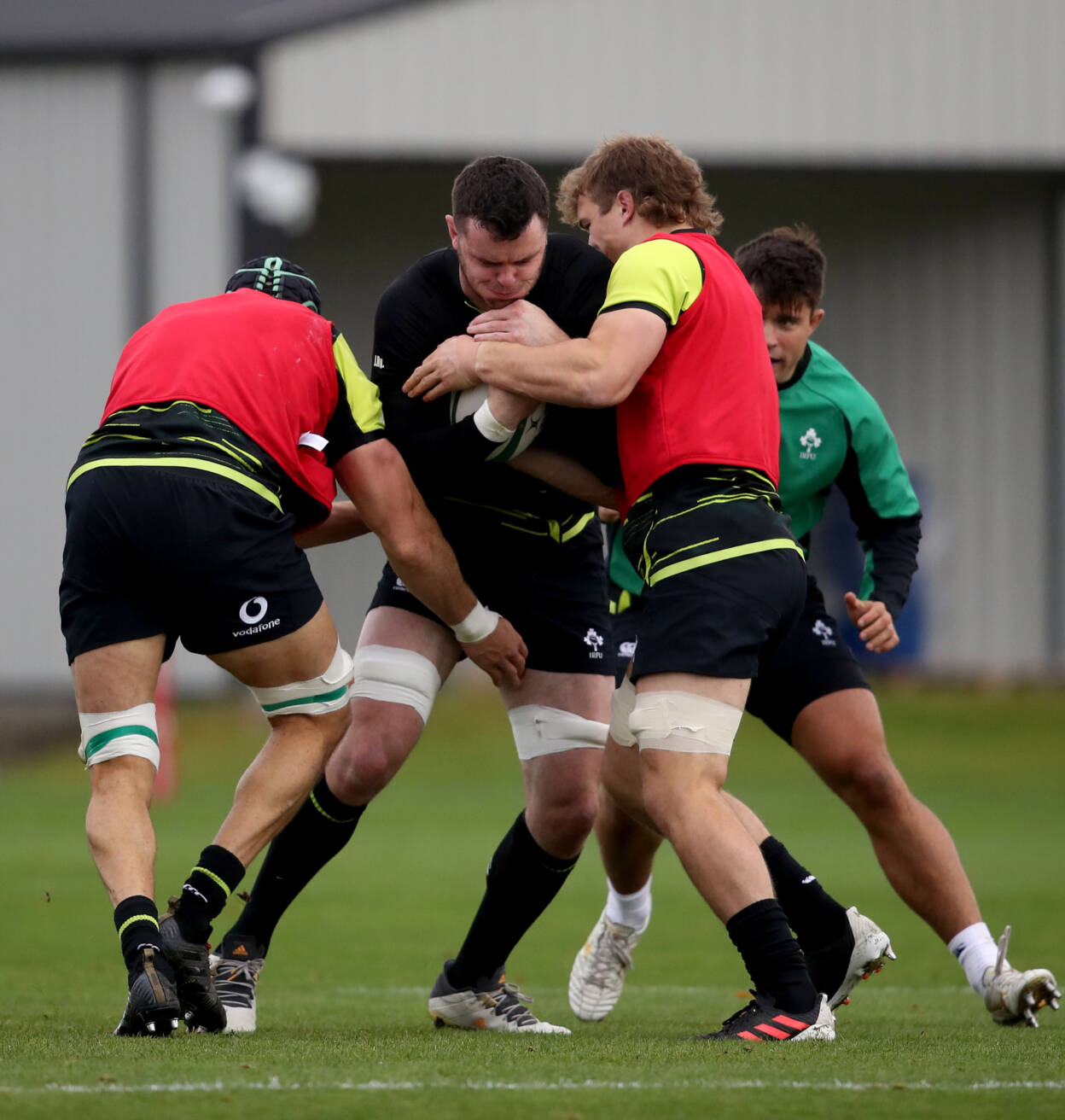 Ulster skipper Iain Henderson was handed a starting berth for the spring-time successes against Scotland and Wales, but will sit out the upcoming clashes with Italy and France through suspension.

In the round three defeat to England back on February 23, Ryan joined forces with his provincial team-mate Devin Toner, who is not in the current Ireland squad.

While acknowledging it is disappointing to be missing a player of Henderson’s calibre, he believes head coach Andy Farrell has some welcome selection headaches in the engine room.

It is a loss, what happened to Hendy there. At the same time, I think we’re pretty well stocked in the lock position. Between Ultan Dillane and Tadhg Beirne, Quinn Roux, we’ve definitely got cover there. They all add something a bit different.

“Tadhg is so good over the ball and a real rangy player. Obviously we know how powerful Hendy can be. The same could be said for Quinn Roux.

“I think Ultan is very athletic, very powerful on both sides of the ball. Whoever they go for in the lock position, I think we’re blessed and we’ve got some good variety there.”

Having captained Ireland to the World Rugby U-20 Championship final in the summer of 2016, Ryan looked ready-made to make an immediate transition into the Leinster senior set-up.

Unfortunately, a torn hamstring meant he had to wait until September 2017 to make his senior debut for the province – three months after scoring a try on his senior international bow against the USA. 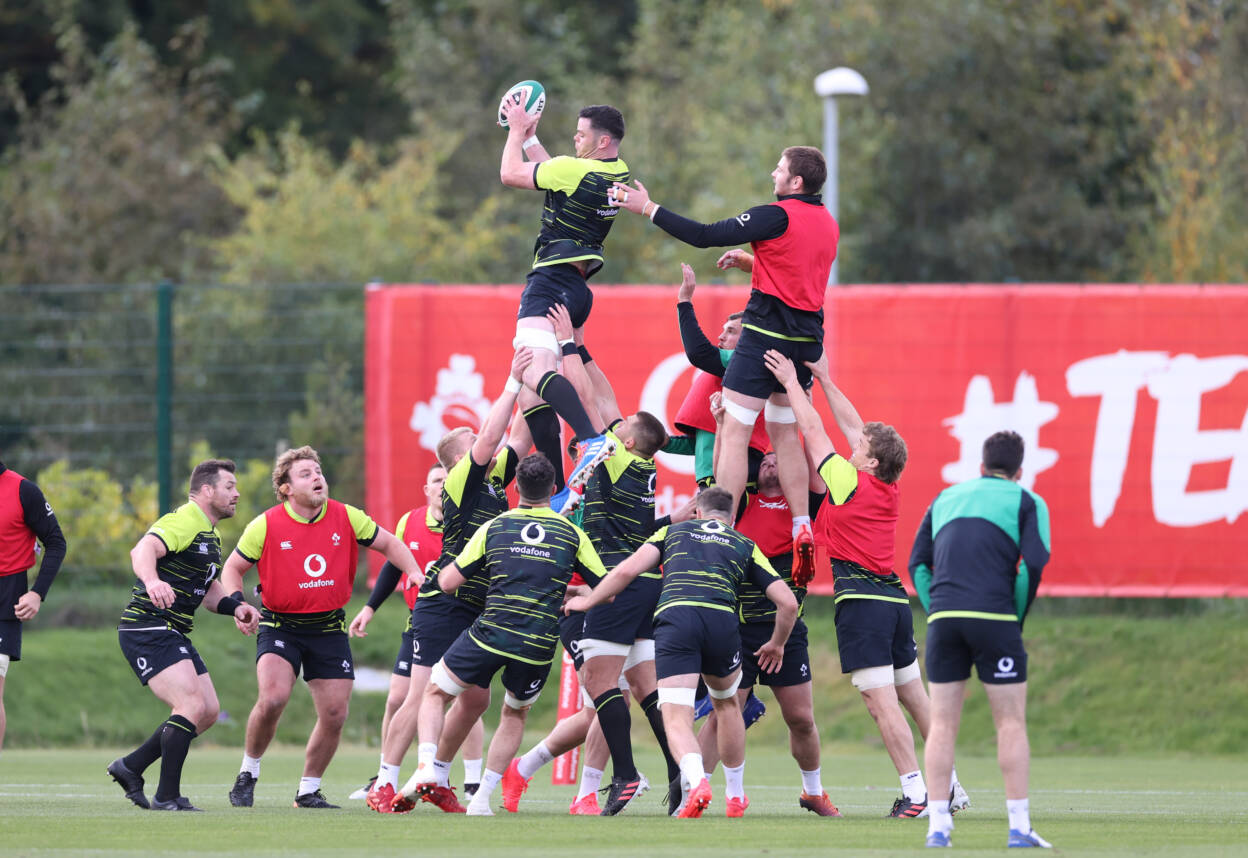 Yet, his woes were minuscule in comparison to what Leinster compatriot Ed Byrne went through on his eventual road to recovery. The Carlow native spent close to 28 months on the treatment table, having sustained two serious knee injuries.

It was not until the 2017/18 campaign that Byrne fully hit his stride with the province. Since then, the loosehead prop has clocked up 59 Leinster caps – including cameo appearances in the PRO14 finals of 2019 and 2020.

His impressive form in the front row earned him a spot in the Ireland squad for the fast-approaching Six Nations and Autumn Nations Cup fixtures, and Ryan is thrilled to see his perseverance paying off in such a manner.

I wouldn’t compare myself to what Ed went through. He was 28 months out of the game. There was a space there for two, three months where he thought he might never play again.

“He’s a massive fighter and it has been pretty special for him. Everyone has their own journey, but particularly for him, having been through all that and to be in a national camp and hopefully getting an opportunity to represent his country over the next few weeks. It’s pretty inspiring really.”