Ireland hooker Rob Herring admits the prospect of Six Nations Championship glory helped to reinvigorate the squad’s sense of purpose ahead of their return to camp in the past couple of weeks.

For the fourth time in succession, Herring has been named in the Irish front row for Saturday’s fourth round encounter with Italy at the Aviva Stadium (kick-off 3.30pm).

Either side of the Ulster stalwart, Leinster pair Cian Healy and Andrew Porter will hope to deliver big performances and get Ireland’s Six Nations campaign back to winning ways.

A maximum of 10 points from their final two games against the Italians and France will guarantee a Championship crown and this is a major incentive for Herring and his team-mates.

“It just energises everything again, sort of that carrot at the end,” admitted the 30-year-old. “Obviously, there’s a lot of things going around at the moment and there’s an opportunity for us to go and put in good performances, something for people to be proud of and hopefully a Championship at the end of that.

It’s great for all the people that support us and the people we represent. It’s a bit of a cliché but we’ve got Italy this week and we have to put in a good performance. Hopefully win that game and get five points to put us in with a shot for the title.

“It’s been a fair few months since we’ve been together, there’s a bit of freshness and a few new lads in the squad which adds to it. It’s great, we are really enjoying the time here.

“Ultimately, it’s been a long time since the last time we played. We’ve got two games to go and win a Championship. The stakes are still the same for us, but everyone is fresh and ready to go.”

In addition to the four uncapped players who will feature in Saturday’s matchday 23 – Hugo Keenan, Will Connors, Ed Byrne and Jamison Gibson-Park – Munster full-back Shane Daly also received a first call-up in this international window. 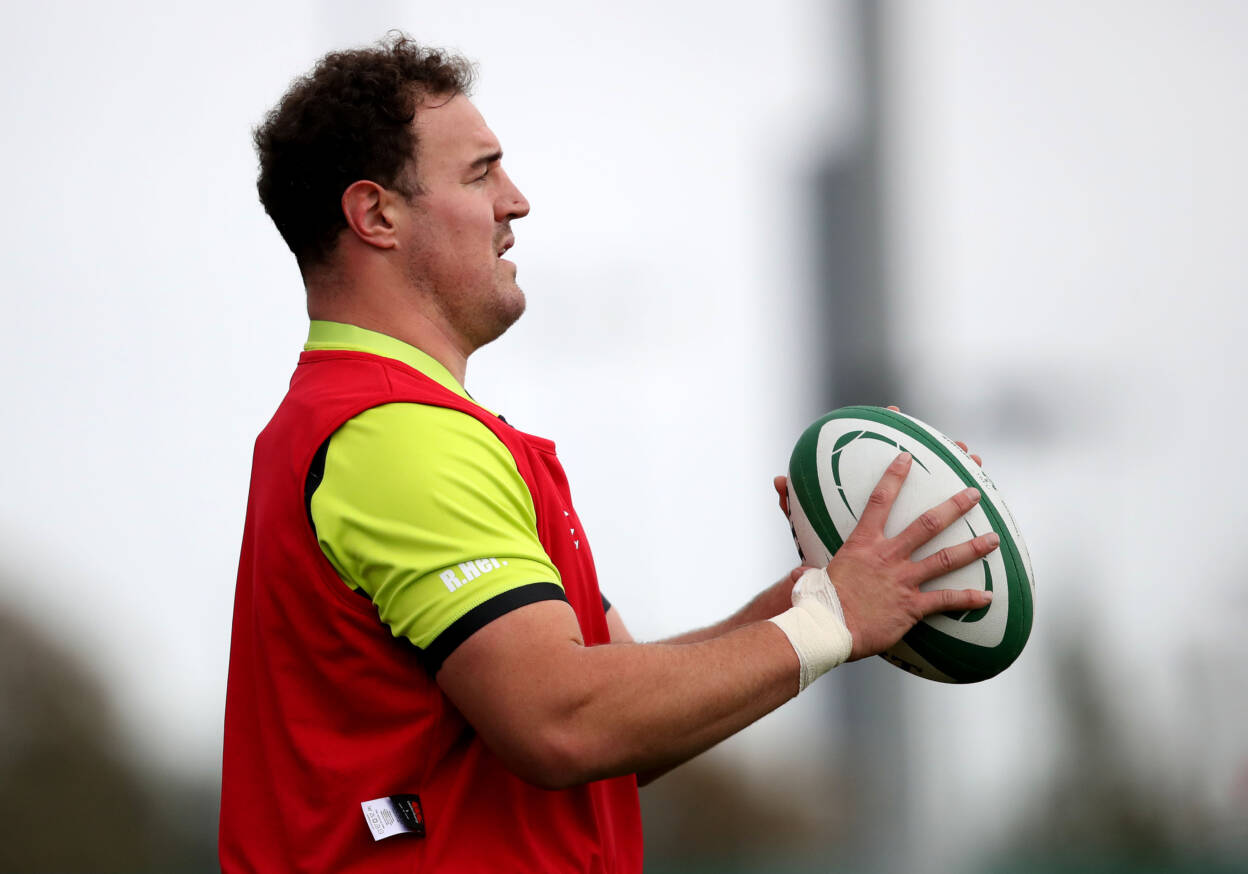 Despite the limitation of social interactions brought on by Covid-19, Herring and the other senior members of the squad have been doing their best to help them settle in.

“There’s obviously certain things we can’t do and there’s a bit of an awareness around being around guys. Just how much time we can be in a room together and distance, but we’ve definitely made an effort to try and talk to them as much as we can with those constraints.

“It’s been good, we’ve come together really well, a lot of the guys don’t know each other really so it’s just adding to that. I think in terms of what we can’t do, we’ve maximised that and there’s a really good feeling around the squad at the moment.

“All the guys who have come in have fitted in really well. They’ve all added things to the squad and it’s good to see guys get an opportunity and it’s always special moments. We had a quick word about it today, about making it a special occasion for them and that will make it one for everyone.”

Known for his chop tackle technique, debutant flanker Connors has left a particular impression on his new team-mates within the Ireland squad.

He’s been let loose a couple of times and he’s been smashing a couple of boys. I haven’t been tackled by him myself now, but I know Stuart McCloskey said he chop tackles really well.

“He’s an absolute machine on defence and his work-rate is incredible. It’s good to see a guy like him get an opportunity for all the work he’s put in in the games for Leinster this year.”

Due to the absence of some notable faces through suspension, injury or other factors, Herring and Jacob Stockdale are the only Ulster players who will line out for Ireland this weekend.

The selection of Stockdale at full-back is an intriguing decision by Andy Farrell, but one that Herring anticipates will be fully justified by his provincial colleague. The front rower added:

He’s been playing there for Ulster and I think Jacob started to find a really good bit of form. Last week against the Ospreys he had a really outstanding game and he’s ready to go.

“He’s put in the hard yards in training and he’s looking really good. He’s a confident bloke and I think we can expect a good game from him this weekend.

“He cares a lot about his performances and what he adds to the team but he’s the kind of guy that will work on it and make sure he’s better next time. I know the last few games he’s been really good so he’s ready to go.”