Ireland Men’s Sevens and Ulster produced the standout performances of the opening Round of the IRFU Academy 7s Series at the IRFU High Performance Centre in Dublin, as the inaugural staging of the tournament provided players with a valuable opportunity to return to action.

Anthony Eddy‘s Ireland blew off the cobwebs following a long break caused by the Covid-19 pandemic with three successive victories to take an early lead in the Series standings, but a young Ulster outfit impressed during wins over Connacht and Munster on Saturday.

With an array of exciting talent on show throughout the six games, there were a number of eye-catching individual contributions as players seized the chance to boost game-time and sharpen their match intensity under the watchful eye of their Provincial coaches and National team management.

There was also a return to the green jersey for Ian Fitzpatrick, who missed Ireland’s debut season on the World Series through injury, while the likes of Terry Kennedy, Hugo Lennox and Mark Roche all added their name to the scoreboard throughout as Eddy’s side build towards the 2021 campaign.

A 33-7 victory over Munster got Ireland up and running and while they went on to record a clean sweep on Saturday, they were given stern work-outs by both Connacht and Ulster, which will serve Eddy’s charges well as they look towards Round 2 on Saturday 31st October. 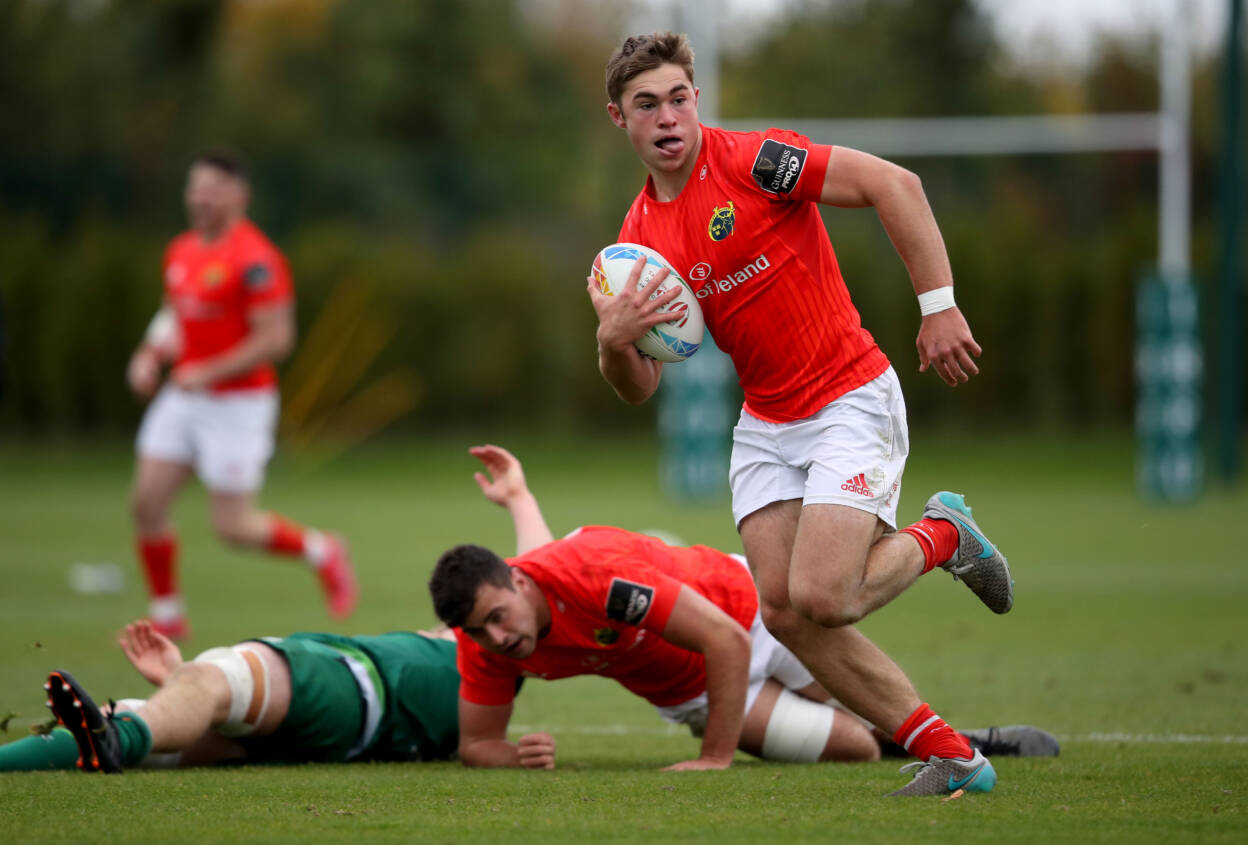 Ulster, coached by Aiden McNulty, will take huge confidence from their performances as they leaned on the Sevens experience of Aaron Sexton and Cormac Izuchukwu to secure victories over Connacht and then a strong Munster side.

Flying winger Sexton crossed for a brace in Ulster’s opening 45-4 defeat of Connacht and he finished the day with five tries in total, while Bruce Houston scored 24 points for the northern province, who sit second behind Ireland in the Series standings.

Ulster’s 24-12 victory over Munster, who had a number of senior players including Alex McHenry, Calvin Nash and Matt Gallagher in their ranks, was particularly notable and gives them momentum ahead of Rounds 2 and 3.

Munster finished the day strongly with a six-try defeat of Connacht as Ireland Under-20 out-half Jack Crowley came to the fore with a couple of tries for Greig Oliver‘s side.

After Round 1⃣ of the IRFU Academy 7s, #IreM7s lead the table with three wins from three, but there were strong performances from @UlsterRugby 👇

Round 2 takes place at the IRFU HPC on Saturday 31st October. #ShoulderToShoulder pic.twitter.com/R15N1SD8N3