Having bided his time waiting for an opportunity to impress, Ulster centre Stuart McCloskey is ready to make the most of his latest call-up to the Ireland squad.

It is just under two years since the Bangor native made his last appearance in a green jersey – a try-scoring display in a 57-14 Guinness Series triumph over the USA at the Aviva Stadium in November 2018.

Adding to his three senior international caps had proven to be a challenge for the 28-year-old back, with Bundee Aki, Robbie Henshaw, Garry Ringrose and Chris Farrell all vying for starting roles in midfield under Andy Farrell and his predecessor Joe Schmidt.

If he does make the cut for tomorrow week’s Six Nations clash with Italy – or any of the Tests that follow – McCloskey is prepared to leave it all out there on the pitch. He acknowledged:

It’s always a privilege to be involved. Happy to be here and hopefully I can play a part in something special over the next few weeks. There has been serious depth, serious talent. I think we’ve all pushed each other onto a higher level.

“I haven’t really played the other position, it has been 12 for me really. It’s great playing there with Bundee and Robbie. If I ever get to start, I know I’ll do a good job.”

While he is yet to play under him, McCloskey does have first-hand experience of the methods deployed by Farrell as a head coach. Prior to lockdown, he had worked his way back into the national set-up and trained with the squad at the IRFU’s High Performance Centre.

His impressive form at provincial level captured the attention of Farrell and he found himself on the brink of making the matchday 23. Unfortunately, the Coronavirus pandemic brought a halt to sport across the globe and this initially added to his general frustration at not being afforded a chance to showcase his talent in the Test arena.

Yet, a major development in McCloskey’s personal life during lockdown has helped to change his overall outlook on life – whilst still maintaining a burning desire for rugby.

Over lockdown I was just concentrating on working on my fitness. There were obviously a lot bigger problems in the world than rugby at the time. I had a new child as well. It has been brilliant. In terms of rugby, it probably does still mean as much to me. I’m playing for my home province and hopefully playing for my country as well.

“Everything matters, I think, at this level. Maybe in the past I took it a bit more to heart when we lost. Hopefully with the child I can brush it off a little bit easier, but I think if you’re passionate about something you’re always going to feel it a bit if you lose or win.”

Although McCloskey has become used to playing behind closed doors in recent months, Ulster’s Heineken Champions Cup quarter-final against Toulouse on September 20 was a reminder of the atmosphere that can be generated at a rugby ground.

5,000 spectators were permitted to attend the last-eight clash at Stade Ernest Wallon and McCloskey cannot wait for this to become a regular sight once again.

“It was actually a bit refreshing getting out there. I’m not sure how many there was. They said 5,000, it felt like there was a few more. It was nice to get back to it and hopefully we get back to that in the future,” he explained.

“Who knows the way it’s going at the minute, but it was great. Even though there wasn’t anyone cheering for us, there was probably about two people in the crowd cheering for us.

“It was nice to hear some noise in a stadium again. It was strange, definitely, the first few weeks going out in the Aviva with absolutely dead silence when you run out of the tunnel. When you get playing it’s not as weird, because it’s rugby at the end of the day. When you run out at the start of the game it’s really weird and eerie.” 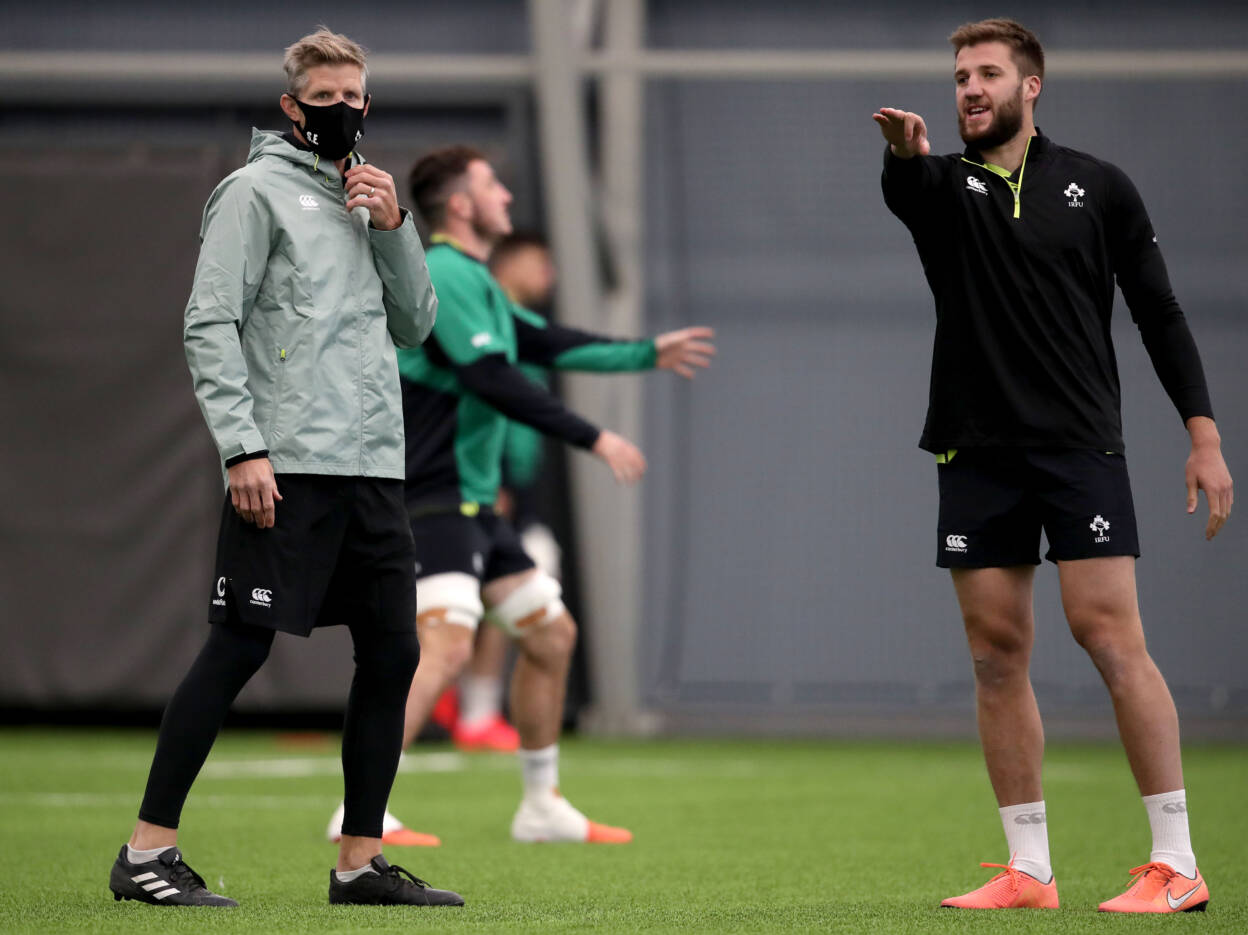 Ulster have quickly bounced back from the double disappointment of that Champions Cup exit and the Guinness PRO14 final defeat to Leinster, beginning the new season with solid wins over Benetton and the Ospreys.

Instead of having several weeks to ponder where it went wrong from both a domestic and European perspective, McCloskey was thrilled that the northern province were able to get back in the saddle with just a small break in between.

His Ireland commitments may keep him out of the team in the short-term – he did not feature in either of Ulster’s recent games – but he will continue to keep one eye on the progress of Dan McFarland’s men in his absence.

“Listen, we weren’t great. We had five games there. We had a good game against Edinburgh away. Obviously getting into the final. Leinster were too good for us on the day of the final. We probably let a few chances go in the first half. As soon as Robbie (Henshaw) got the intercept (try), it was pretty much dead.

“It was good for the guys to get back the last few weeks, get a few new faces in there. The performances have been good since we came back. I think the guys there will be happy with the way it’s going. Hopefully we’ll kick on now and get some good results,” he added.