The newly-created Energia Community Series takes centre stage on Saturday, with some hugely competitive and exciting local clashes to whet appetites across all seven provincial Conferences. We preview the games in Leinster 2, Munster 2 and Ulster 2.

This is a repeat of one of the best games from last season’s Energia All-Ireland League. Last December Greystones came from 16 points down to win a thrilling Division 2B clash with Blackrock, as tries from centre Rob Connolly and forwards Cormac O’Donoghue and Bobby Clancy saw them prevail 27-25.

Both sides bowed out of the Leinster Senior Cup to Division 1A opposition two weeks ago, so this Community Series opener will have been firmly on their minds since then. Home advantage might just tip the balance in Blackrock’s favour.

A tough task for Tullamore as they begin this run of all-Leinster duels with the visit of high-flying Division 2A outfit MU Barnhall. South African Darin Claasen’s debut season in charge of Tullamore was cut short by the Coronavirus pandemic, so he will be eager to make the most of his second year at the helm.

It will be important for Tullamore to put in a confidence-building performance, especially with away trips to Wanderers and Malahide to come in the next fortnight. However, Barnhall’s free-running attack will be difficult to contain across the 80 minutes. 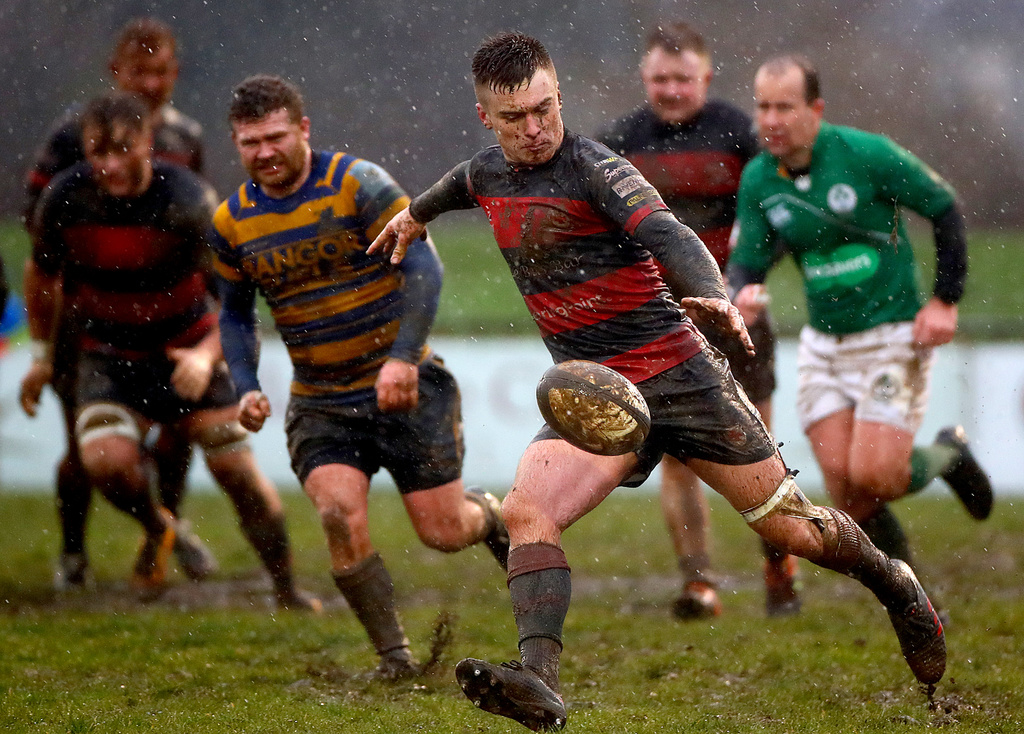 Two weeks ago Wanderers put it up to Terenure College before losing their Leinster Senior Cup tie 38-27, but the three-try performance bodes well for the upcoming campaign. Sitting a division above Enniscorthy, the Chaps’ young head coach Eoin Sheriff is targeting a strong start to the Community Series tomorrow.

Enniscorthy also boast a well-drilled and solid squad, led by key lock and newly-appointed captain Tomas Stamp. Coached by Kieran Hurrell and Declan O’Brien, they certainly enjoyed their away trips in the league last season with wins at Omagh, Clonmel, City of Derry and Sunday’s Well.

Winning at Merrion Road would be a big statement by ‘Scorthy on the opening day, but Wanderers, if they can get their attack firing and hold firm in defence, should have enough to defeat their Division 2C visitors.

There was very little between these teams when they met in Division 2C last season, Bruff winning 14-10 on home soil before Sunday’s Well won the return fixture 8-3 in Cork. The Limerick men now have a new coaching duo of Neilus Keogh, the former Ireland underage international, and Andrew O’Byrne.

Bruff fielded a young side against Kilfeacle in the Munster Senior Cup and lost 22-17, with Jack O’Grady’s slick try from an O’Byrne cross-field kick being the highlight. Sunday’s Well have also been in early-season cup mode and have had the benefit of three competitive outings. 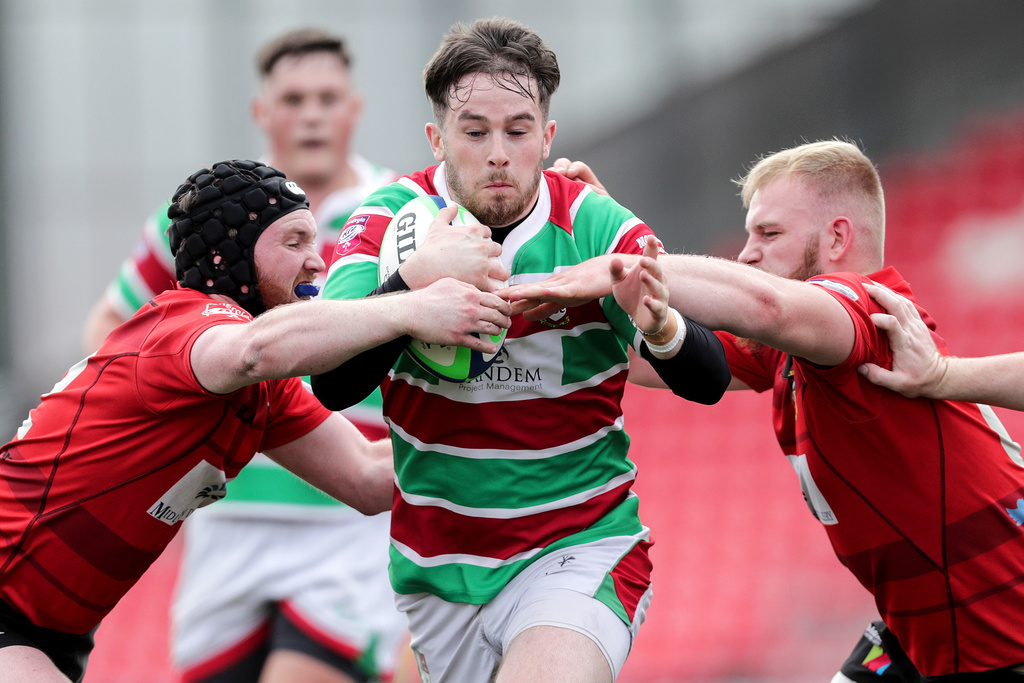 Another local derby for Midleton to get their teeth into, on the back of their qualification for the Cork Charity Shield final. Tom Mulcahy’s young charges are looking forward to this series of Community Series games following a ‘horrendous year both on and off the pitch’, the club lying bottom of Division 2C before the season’s cancellation.

Dolphin, who will also meet Midleton in that Cork Charity Shield decider, are always a difficult proposition on Irish Independent Park’s all-weather surface. Captain Dave O’Mahony and back-line talisman Daryl Foley continue to play important roles in the second row and at scrum half respectively.

Foley will have Conor Flanagan alongside him at half-back, while Cian Scott, Phil Dowling and Dave Jennings will pack down together in the front row. Brian Scott, the ex-Munster prop, has stepped up as Dolphin’s forwards coach following his unfortunate retirement from rugby last May on medical grounds.

Two of the Energia All-Ireland League’s three Tipperary clubs face off in an intriguing first round encounter. Nenagh Ormond, coached again this year by Ivan Muldoon, are two divisions above Clonmel, but with local bragging rights up for grabs this is sure to be a keenly-contested fixture.

That ‘local’ identity and pride means so much to Clonmel who, incredibly, had only three of last season’s extended senior squad (45 players in total) hailing from outside the club area – and two of them are within a 10-mile radius of the club’s Ardgaoithe home ground.

Speaking about Nenagh’s aims for the 2020/21 season, their director of rugby John Long told the Nenagh Guardian: “We have a lot of young players coming into the senior squad and with the way the competitions are this year, it will give us a good chance to blood a lot of the younger players which is great. We’re looking forward to it.”

Ballymena’s preparations for the exciting launch of the Energia Community Series included a trip to the Lake Kilrea aqua park last week, so they will no doubt be prepared for the choppy waters that a determined Andy Hughes-coached Dungannon side will provide for them tomorrow.

Dungannon’s three friendly matches produced a win, a draw and a loss, the latter result seeing them go down to Dromore 28-21 despite initial tries from Andrew McGregor and Michael Lawton. They were 36-31 winners when they last met Ballymena a year ago in the Ulster Senior Cup, the tries on the day coming from Sean O’Hagan, Andrew McGregor, Jordan McIlwaine, James Gamble and Alex Gormley.

Tightening up their defence will be foremost on Ballymena minds after last Friday’s 43-10 friendly defeat at the hands of City of Armagh. Prior to that the Braidmen had registered a 45-0 victory over Limavady with teenage talent Rhys Ervine picked out as the man-of-the-match. 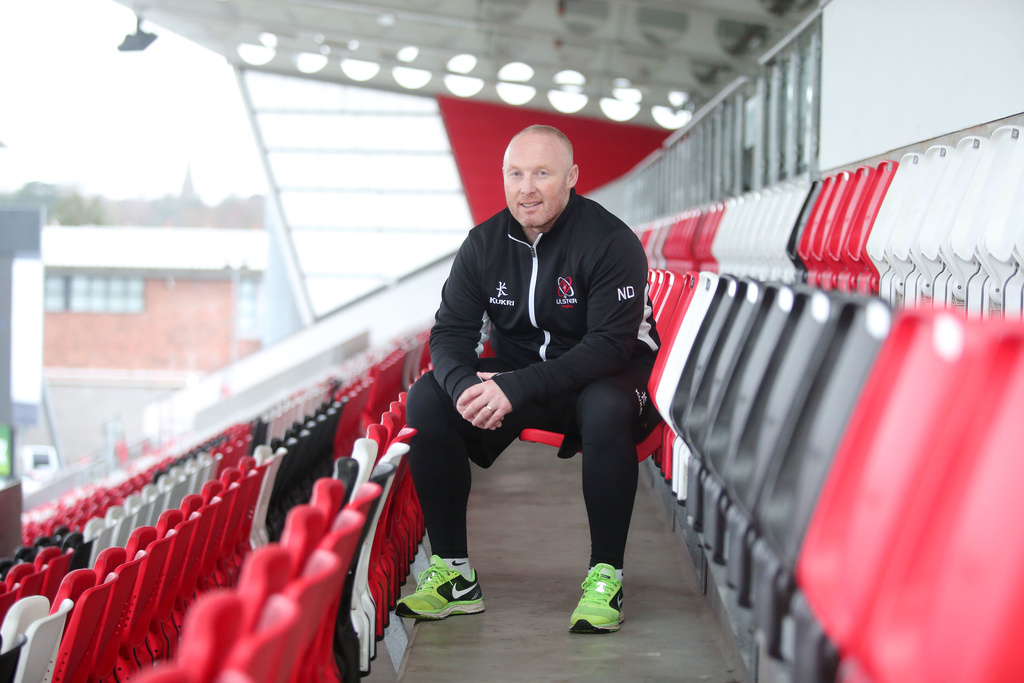 There has been a changing of the guard at Deramore Park where former Ulster head coach Neil Doak is now in charge, replacing Nick Wells. Doak is assisted by ex-Ulster prop John Andress as he makes his bow with a new-look team in the Energia Community Series.

“It hasn’t been easy for ;Quins over the last couple of seasons but Nicky Wells has done really well in difficult circumstances,” Doak told the Belfast Telegraph. “I won’t hold back from challenging the players. I’m going to give them the best chance to develop and grow and play a brand of rugby they are excited about.”

Their first round visitors, Bangor, are ‘champing at the bit to get going’ according to head coach Tom Rock. They had a good workout against Banbridge, albeit with a heavy defeat in the end, while number 8 Mike Weir weighed in with both tries in their 12-5 home win over CIYMS the previous week.