Anyone who has ever met Louise Galvin will know this is not the end of her sporting journey. The onset of Covid-19 may have changed the script, and brought an end to this particular chapter quicker than she would have liked, but Galvin’s dynamism and work-ethic ensures there is still more much to come.

The competitive streak is still there, anyway. Galvin has only just brought the curtain down on her Ireland Sevens career when she’s re-considering the decision, and contemplating in her head a way to reach the landmark of a century of HSBC World Rugby Sevens Series appearances in green. “Ah, you shouldn’t have told me that,” Galvin jokes, having just found out she played 96 games in green. “That could have been just one more tournament!”

Her last appearance in green was in Sydney at the start of February. Little did she, or anyone, know it would be the final tournament of the 2020 Women’s World Series season, and also mark the end of the Kerry native’s five-year Ireland Sevens career. There was no perfect ending, nor a fitting send-off, rather five months of thinking time.

“It just felt right,” Galvin tells IrishRugby.ie of her decision to step away from the programme. “There have been moments when I’ve thought am I ready to leave and move on, but as the weeks and months progressed it just made sense to use this break to step back and hang up the boots.”

While making the decision to retire and then tell her team-mates that she wouldn’t be returning to the IRFU High Performance Centre for pre-season training was understandably difficult, Galvin appreciates a new-found perspective on life, on family and on priorities having returned to work on the frontline during the pandemic.

A physiotherapist by trade, Galvin answered Ireland’s Call and lent her time and expertise to the national effort at Tullamore Hospital, assisting in the rehabilitation process of patients who had been in the Intensive Care Unit (ICU), while diligently following the training programme prescribed by Ireland Sevens Head of Athletic Performance, Allan Temple-Jones.

The Lockdown period offered Galvin an opportunity to reconnect with her professional past and further her experience in the medical field, with the 33-year-old recently taking up a full-time position with the Health Service Executive (HSE) in Dublin. All things considered, it felt like the right time to end one chapter and start another.

“I had a really good conversation with Anthony [Eddy, IRFU Director of Women’s and Sevens Rugby] and I had no regrets,” Galvin continues. “Of course, I would have loved to play one final tournament or one final game in the green jersey but I’m happy with the time and effort I’ve given over the last five years. I don’t think I could have given much more, and I also feel it’s time to give youth a chance, and there are so many exciting young players coming into the programme. 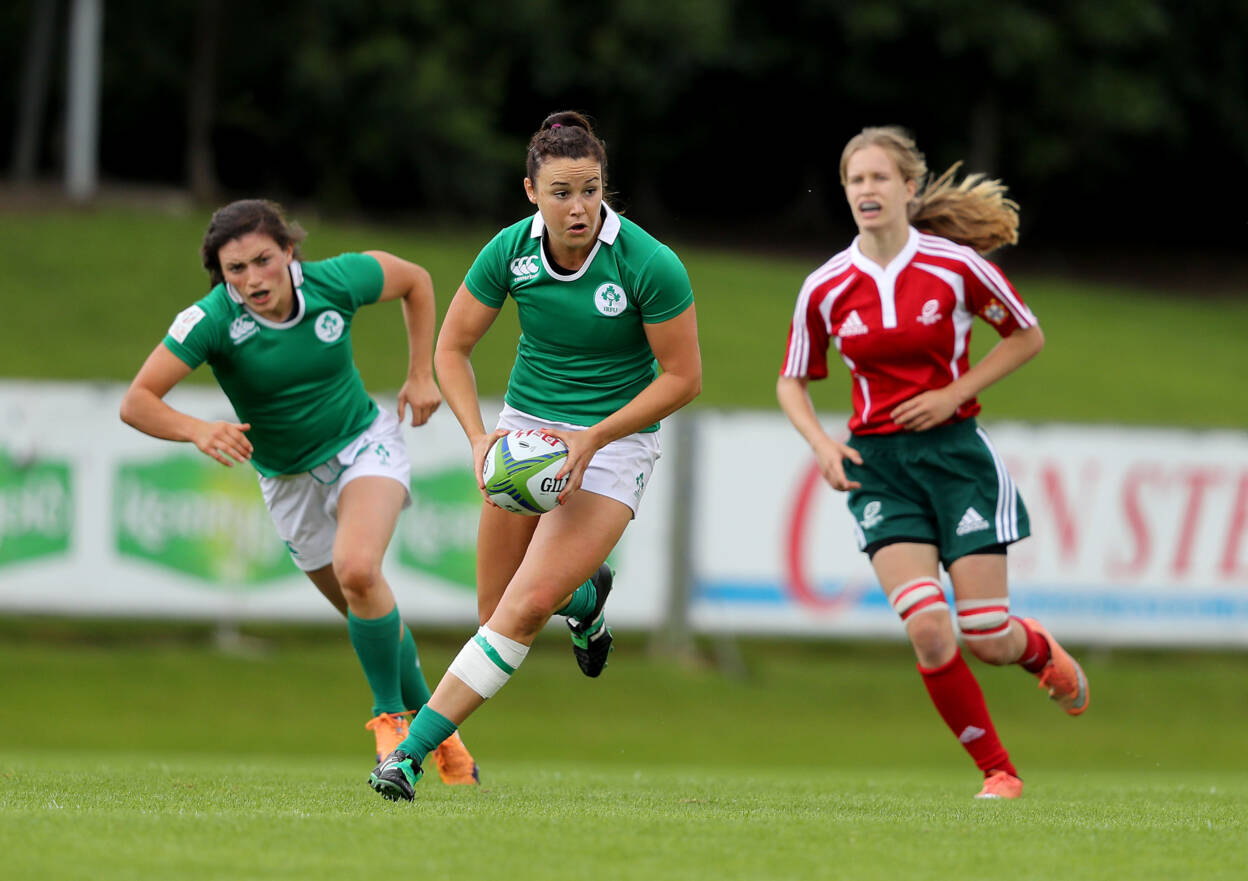 “You just have to appreciate that sport is unpredictable, and nobody could have foreseen a pandemic coming along. I also have that perspective of working in a hospital to see the devastating impact Covid-19 has had on families, so for it to ruin my end of career plan is so insignificant.”

Having made her World Series debut in Dubai in 2015, Galvin went on to win 30 Sevens caps, feature in 96 World Series games, score 22 tries and represent Ireland at the 2018 Rugby World Cup Sevens in San Francisco, adding another level of sporting achievements to her bulging CV.

Galvin was identified to join the Ireland Sevens squad as part of the IRFU’s Talent ID programme having excelled as a multi-discipline athlete, firstly on the Gaelic football pitch with Kerry and then as an international basketball player with Ireland.

Her decision to join UL Bohemian whilst working as a cardio-respiratory physiotherapist at University Hospital Limerick helped pave the way for a new chapter in Dublin under the guidance of Eddy, as Galvin moved to the capital to become a mainstay of the Ireland Women’s Sevens team for five seasons, while also making her 15s debut in the 2017 Rugby World Cup in Ireland.

“I honestly did not know what to expect,” she says looking back.

“I could have been back home within a few months with my tail between my legs but when Anthony came in, he built a team around a core group of us. He gave us all the belief and motivation to get the best out of ourselves as players and as a group. I was leaving a real comfort zone, but the Sevens programme was the only professional one in women’s sport in the country and I knew it was now or never for me to maximise my talent as an athlete.

“Even though I was 27 joining the squad, I’d like to think all the professional elements of the programme and the additional support that goes along with that brought the best out of me. I honestly could not have enjoyed the journey any more, and I feel very privileged to have been in that position for so long.”

Asked to choose her favourite memories, Galvin automatically thinks back to the 2018 World Cup in America and Ireland’s best World Series finish in Sydney in 2019, when Eddy’s side embarked on a memorable run to the tournament semi-finals, but most of all, the friendships forged along the way are what stand out for Galvin.

“It was a dream to go to work every day,” she explains. “In the last year or so we got to call the High Performance Centre our home and it was all you could ever wish for as an athlete. I’ll miss the people the most, not just my team-mates but the staff you work with every day. You spend so much time with the group that they become family. They know your life inside out, and you know theirs. 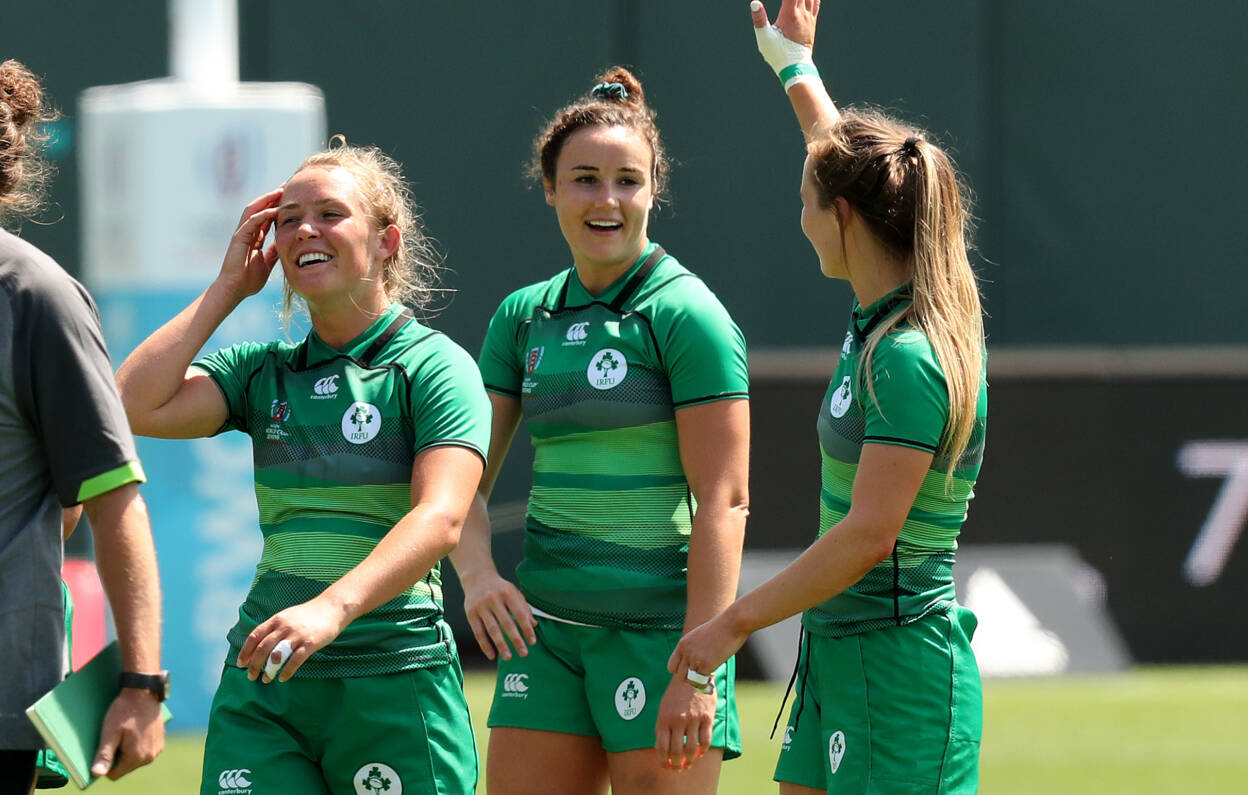 “I’ll always think back to a really bittersweet period in my life around January 2019. I had just got engaged in Dubai in front of my team-mates, which shows how much the programme is entrenched in my life, but not long after my Dad passed away after a short illness. I remember being on a massive emotional rollercoaster for that period and the whole squad had come down and supported me during that time.

“I could never repay them for that, but we went to Sydney not long after his funeral and it was one of my best tournaments because I was so determined to do it for them. We reached the semi-finals, and it was an incredible high and looking back, it just reminds me that they were more than a team, and it was more than a job.”

As a member of the Rugby Players Ireland Executive Board, and an athlete with a diverse sporting background, Galvin has always been a role model for girls in sport, leading by example by breaking through glass ceilings and advocating for change. She remains deeply passionate about championing the importance of sport.

Looking forward, Galvin is already back playing club rugby with UL Bohs and only last weekend was back to her Gaelic football roots by helping Finuge/St Senans win a County Championship, further proving that her sporting career has a few more chapters left in it yet.

But, overall, Galvin is most excited by the prospect of watching Ireland step back out on the World Series and following the progress of some of the programme’s exciting young players, all of whom have come up through, and benefitted hugely from, the IRFU’s Women’s Development Pathway system in recent years.

“Players now are coming up through the underage Inter-Provincial system and it’s just so exciting to see them come into the programme,” she adds. “They’re getting exposed to all the high performance elements from such an early age, things like strength and conditioning, nutrition and mindset resources and I can’t wait to see them perform on the World Series.

“It was a dream to be in that position myself but it was the right time to leave the green jersey for someone else, and hopefully I’ve left it in a better place for the years to come.”