With just five weeks until the resumption of the Women’s Six Nations campaign, Ireland stepped up their preparations for the return of international rugby with another squad training day at the IRFU High Performance Centre on Saturday.

Adam Griggs‘ squad are building towards the rescheduled Championship fixtures against Italy and France in October and Saturday’s squad get-together was another important step towards a busy Autumn schedule, which will also see Ireland compete in the Rugby World Cup 2021 European Qualifiers in December.

Following on from their return to group training earlier this month, the Ireland squad were back on the training paddock at the IRFU HPC as the group work hard to restore cohesion and momentum in advance of the Round 4 visit of Italy on the weekend of 24th October.

While the suspension of the Championship and subsequent six-month break came at a particularly frustrating time for Ireland following exciting and progressive victories over Scotland and Wales, Head Coach Griggs has been pleased with the application of the players upon their return.

“There is a really good buzz around the group at the moment,” he told IrishRugby.ie. “Obviously Covid stopped our Six Nations campaign back in March and we felt like we were building some really good momentum. It’s good to now be back and continue that process again.

“The girls have a really good understanding of how we want to play and the steps we need to make going forward. We want to start well and have our preparation at a very high standard, we have standards we set ourselves and we are continually look to raise the bar. It has been a really encouraging return to training for us and we’re motivated to build on that each week.”

With the two Six Nations fixtures in the diary, and the Rugby World Cup 2021 European Qualifiers to be played as a single round-robin tournament on the weekends of 5th, 12th and 19th December, there is now a clear picture for the squad to work towards in the coming months, providing real clarity and positivity for the group. 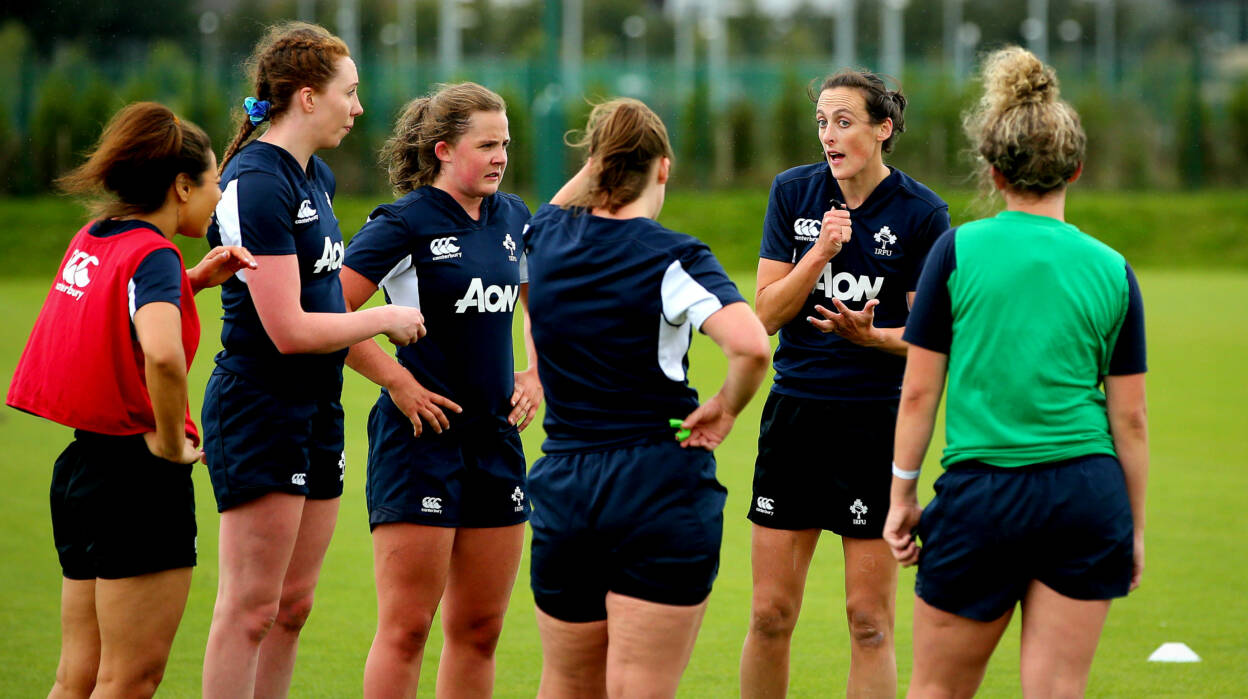 A series of two-day camps, the first of which takes place at the IRFU HPC on the weekend of 26th September, will be invaluable for Ireland as they look to put the foundations in place for a busy international window, starting with that Test match against Italy.

“A lot of planning goes on behind the scenes throughout a season so having those dates locked in is certainly something that helps us work towards,” Griggs says of the fixture list. “It allows us to plan, ensure our structures are right and that we’re building up to the games in October in the best possible way.

“We’ll have our full squad back together for our two-day camp on Saturday week and that’ll be really important for us. There are four camps leading into the Six Nations and getting the bodies ready for the contact and intensity that a Test match brings will be a priority. The intensity in training is important and we’ll be making sure we’re ready to go against Italy.”

The Head Coach adds: “There will be no excuses – we want to make sure that we go out there and play to the best of our ability. We want consistency in our performance and we want to make sure we’re heading in the right direction for December and the World Cup Qualifiers which ultimately is what our season will be judged on.”