Not even the impending Bronco test could dampen spirits. Five long months had passed since the Women’s Six Nations campaign was abruptly suspended, leaving the players to train in isolation, so nothing was going to temper the excitement and anticipation as the Ireland Women’s squad reassembled on Saturday.

Adam Griggs‘ squad returned to group training with an intense one-day camp at the IRFU High Performance Centre, marking the start of their preparations for October’s rescheduled Championship fixtures against Italy and France, while also building towards the Rugby World Cup 2021 European Qualifiers in December.

There were plenty of smiles as the players reconvened on Saturday morning but it was straight down to business for Ireland with back-to-back sessions as Griggs’ side look to rebuild the exciting momentum they had gathered before the suspension of the season back in March.

Victories over Scotland and Wales at Energia Park had provided an encouraging glimpse into the progress being made under Head Coach Griggs, with the squad containing a dynamic mixture of youth and experience. While Saturday’s return was the first step on the journey back, the focus has sharpened on the Round 4 visit of Italy on 24th October and the hard work starts now.

“It’s brilliant, we’re delighted to be back here at the High Performance Centre,” captain Ciara Griffin told IrishRugby.ie. “That’s what we were training for during Lockdown, training to be back together and it’s brilliant to be here again. We were all so excited to get back out here today and we can’t wait to hit the ground running now.

“The initial focus is just to get back into a rugby setting together, get back into our plays and get used to playing with each other again. There are return to contact protocols we’ll follow but every time we’re in camp together we’ll progress a bit more and come October, we’ll be ready to go.” 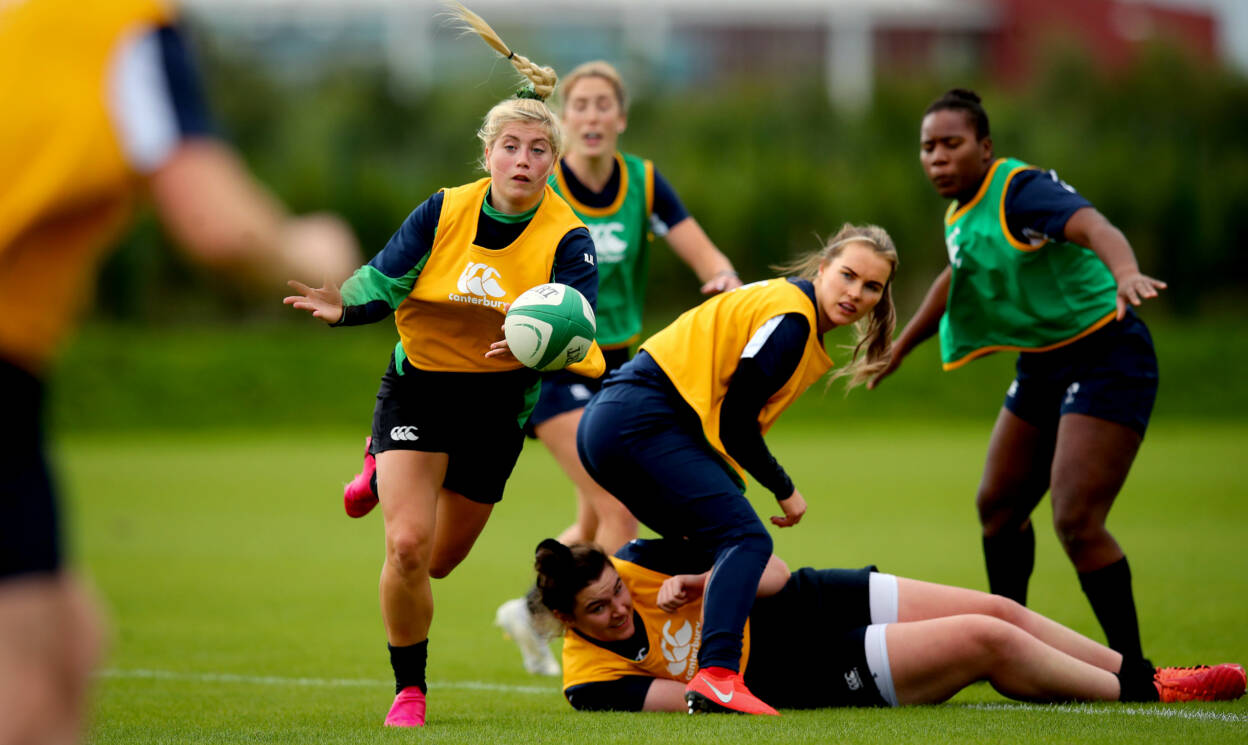 While Lockdown presented its own challenges for Ireland, not least the lack of contact time after being forced to go their separate ways midway through a Six Nations campaign, the extra time allowed the squad focus on other areas, including their video analysis work on opposition teams.

Two tough tests against Italy and France in October will provide Griggs’ side with a valuable opportunity to build cohesion and momentum again, leading into the Rugby Europe Rugby World Cup 2021 in early December, making the next four months a hugely important period for this group.

“It’s going to be a busy few months for us,” Griffin continues. “We have the Six Nations games in October, November will be a month where we can try and fine-tune things before ramping it up again for December. It’s going to be a busy month for me because I’m actually getting married in December as well so everything is coming at once! But we’re all focused on the job ahead and looking forward to hitting the ground running in training.

“You can push yourself as much as you can home but it’s when you’re in that team environment, you just up it another notch without even thinking and the focus now is to get back to where we were and keep building on that, keep rising up every time we can.”