Come 7.35pm on Saturday evening, the sound of referee Andrew Brace‘s first whistle will mark a hugely significant moment in time for Irish Rugby, and indeed Irish sport. The empty stands of the Aviva Stadium will suggest otherwise, but the return of the Guinness PRO14 as Leinster lock horns with Munster almost six months since the season’s suspension, carries unequivocal importance. It is, given everything, hard to remember a more anticipated game of rugby in recent times.

Saturday, 22nd August has been a date circled in the diary since the same day in May, when IRFU Chief Executive, Philip Browne, offered a beacon of hope and positivity in announcing this weekend’s Inter-Provincial derby fixtures. Much has happened in the intervening three months, yet not a lot has changed. The country needs a tonic, now more than ever, and Irish Rugby will hope to play its part in delivering that.

The attention of millions will be on Brace as he gets Saturday’s behind-closed-doors game underway, the players, coaches and officials back in the limelight and back doing what they do best, following six unprecedented and deeply uncertain months. While much of the focus will be on Leinster and Munster, and the inevitable storylines that develop throughout the 80 minutes, it is also worth noting the significance of rugby’s return for Ireland’s High Performance referees.

It will be 175 days since Brace last officiated a PRO14 game and the challenges faced by the players – the hollow atmosphere and the lack of match sharpness – are just as relevant for the referee and his assistant referees, George Clancy and Joy Neville, as they step straight back into big-game mode after such a long break.

Given the circumstances, two separate teams of officials – selected from the IRFU’s panel of High Performance referees and High Performance Development panel – have been appointed for this weekend’s games, with Frank Murphy set to take charge of Connacht’s clash with Ulster on Sunday, and Sean Gallagher and Chris Busby running the lines.

Just as it has been for the players in all four provinces, this has been an intense block of training for the referees in advance of the restart and the team, led by IRFU Head of Referees Dudley Phillips, have been working hard on their physical fitness, technical knowledge and general management of the game.

“Lockdown presented its own challenges, just like it did for everyone in every walk of life,” Phillips tells IrishRugby.ie. “When rugby abruptly stopped back in March, we had to put a plan in place to ensure we could continue with as much of our training as possible but the many unknowns and uncertainties made it challenging. Circumstances required each individual to be creative and we were able to get through the Strength and Conditioning (S&C) side of things as everyone trained and followed their programmes from home.” 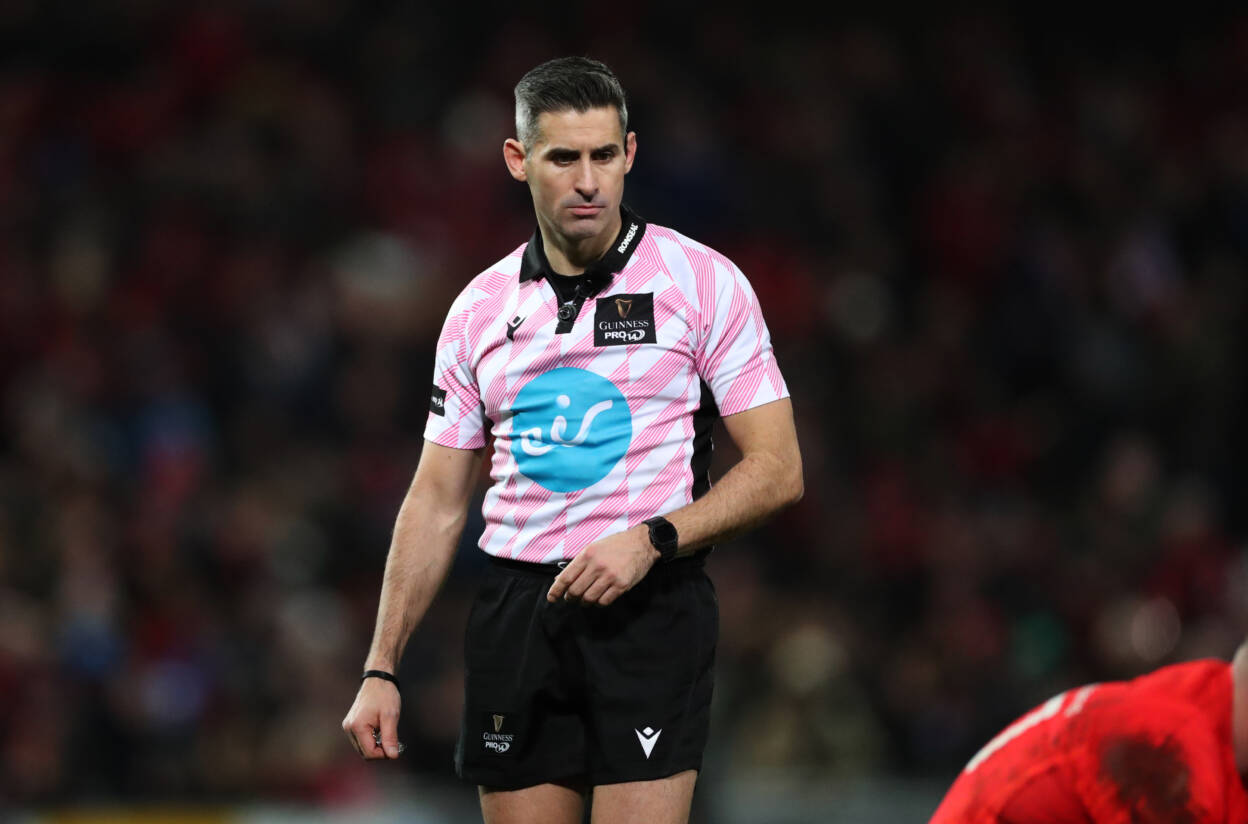 While the High Performance referees were able to train remotely under the guidance of S&C Coach Ed Slattery and maintain a high level of fitness, the technical aspects of the job, and ensuring the team of Brace, Neville, Murphy, Gallagher and Clancy were able to continue to grow, learn and develop as referees even without games, required a little more innovation during Lockdown.

“We were very fortunate to be able to tap into the knowledge and experience of those experts during the Lockdown period,” Phillips continues. “The technical sessions lasted on average over two hours and our speakers would share and discuss their opinions with the referees and that opportunity to share ideas, develop game knowledge and game management was huge.

“We also engaged with a neuro-agility expert from South Africa who took a session and that was hugely valuable. We would then regather as a referee group a day or two later to re-discuss the points and ensure there was consistency across Irish Rugby. It was also great to have our High Performance Development panel of Chris Busby, Rob O’Sullivan, Peter Martin and Eoghan Cross on the calls, all of whom showed great dedication and motivation during that period. It was fantastic to see.”

The suspension of the PRO14 and Heineken Champions Cup seasons, as well as the domestic Energia All-Ireland League campaigns, meant the referees were afforded that invaluable time to focus purely on the development of their technical knowledge, using the in-depth sessions to build on their understanding of various areas of the game.

As the restrictions around the country were eased, and once the provinces were back in training under the IRFU’s Return To Rugby protocols, Phillips was in regular contact with the four Head Coaches, Leo Cullen, Johann van Graan, Andy Friend and Dan McFarland, to ensure a collaborative approach during this pre-season period.

With all four provinces playing inter-squad games in recent weeks, the IRFU High Performance referees were appointed to training sessions at the RDS, University of Limerick, the Sportsground and Kingspan Stadium, allowing them to actually implement their learnings and practise what they had discussed in length in a match situation.

“That has been hugely important and it’s of huge benefit to everyone involved,” Phillips explains. “We’ve been trying to do it for the past number of years and when schedules would allow during the season, we’d try and facilitate these training sessions for all the provinces. 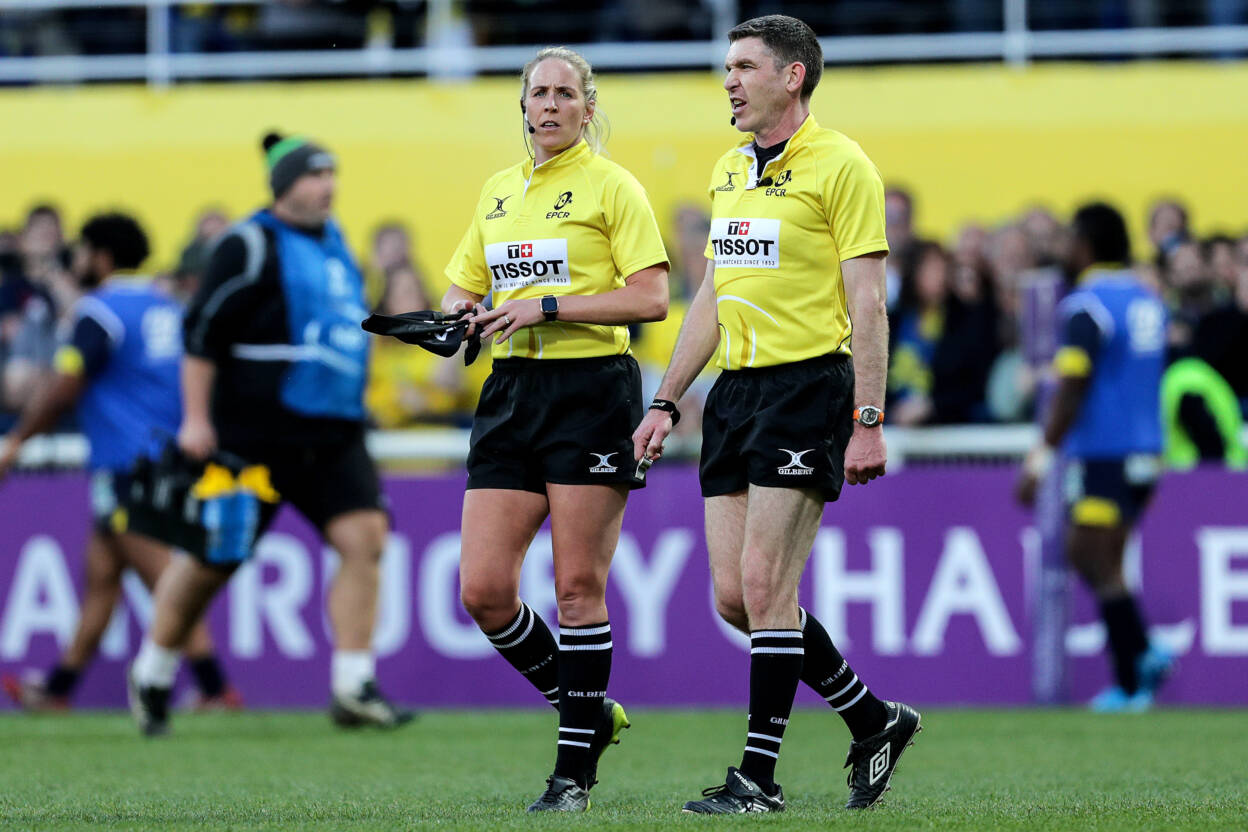 “As the light began to get bigger at the end of the tunnel and we started to look at the return to play for this weekend, we put a plan in place so we were in a position to dedicate referees who had gone through the correct return to training guidelines and protocols to help each province prepare for the restart.

“The opportunity for the referees to put into place what they had been talking about, including the World Rugby revision of the breakdown law which is obviously a refocus for players, coaches and referees alike, has been massively important and a really valuable exercise for our team over the last few weeks.”

More recently, the focus has been on putting the finishing touches to their preparations for this weekend, culminating in a second fitness test which took place at the IRFU High Performance Centre last week.

Having worked with experts from within the game to further develop and broaden their knowledge, and having applied themselves to vigorous fitness programmes, Ireland’s top referees are primed and ready for the PRO14’s return. After such a long break, and such an unusual build-up, nerves will be inevitable inside the official’s dressing room in the bowels of the Aviva Stadium on Saturday and Sunday, but with an impressive body of work behind them, the overriding feeling for Phillips and his team leading into a momentous occasion is excitement.

“It’s unlike any other restart as we’re straight into end of season games with a significant amount riding on each of them,” he adds. “That adds to the pressure for everybody but absolutely we’re excited and I know every single one of the team are. It has been a long time away and they’re looking forward to getting back out there and showing what they have working on.

“They’ve stepped up their physical preparation since the start of July and everybody is in extremely good shape. Seeing them back out on the pitch this weekend will be a huge boost in the arm because we’ll be back doing what we do. The significance of that cannot be understated.”