Ireland's Cian Prendergast has joined the Connacht Academy for the 2020/21 season.

A new season, a new chapter. The return of the four provincial Academies for pre-season is always a significant date in the calendar, but the sight of the Academy players – in Dublin, in Limerick, in Galway and in Ulster – back in training this week will be another major step forward on the Return To Rugby journey.

All four provincial Academy squads returned to their designated High Performance Centre on Monday and are following the established IRFU Covid-19 protocols to ensure a safe return to rugby, as they embark on an eight-week pre-season schedule before competing in a series of ‘A’ fixtures and three inter-provincial 7s tournaments in late September and early October.

A return to limited group training in a safe and controlled environment is hugely important for Academy players as they begin the process of re-conditioning after months of training in isolation and lay the foundations for a return to competitive rugby in September.

In addition to the returning players, all four provinces have announced their Academy intake for the 2020/21 season, including no fewer than 13 members of last term’s Ireland Under-20 squad as the class of 2020 take the next step on the pathway.

In Ulster, scrum-half Lewis Finlay and winger Ethan McIlroy have joined the Academy ranks having featured prominently during the U20 Six Nations under Head Coach Noel McNamara, while Cian Prendergast, Charlie Ward and Cathal Forde are among the Year One players at Connacht.

Jack Crowley was outstanding in green during Ireland’s three victories over Scotland, Wales and England before the campaign was suspended and the out-half will be among those eager to continue his exciting development in the Munster Academy set-up, and all seven of the new entrants to the Leinster Academy were involved in the Under-20 squad last season.

Back three players Andrew Smith, Max O’Reilly and Niall Comerford are joined by forwards John McKee, Sean O’Brien, Alex Soroka and Joe McCarthy in entering Year One at Energia Park, where they will be under the guidance of Leinster Academy Manager McNamara.

As they begin the next chapter of their rugby career in the provincial Academy system, IrishRugby.ie caught up with three players to reflect on their Ireland Under-20 experience so far and their goals and ambitions for the years ahead. 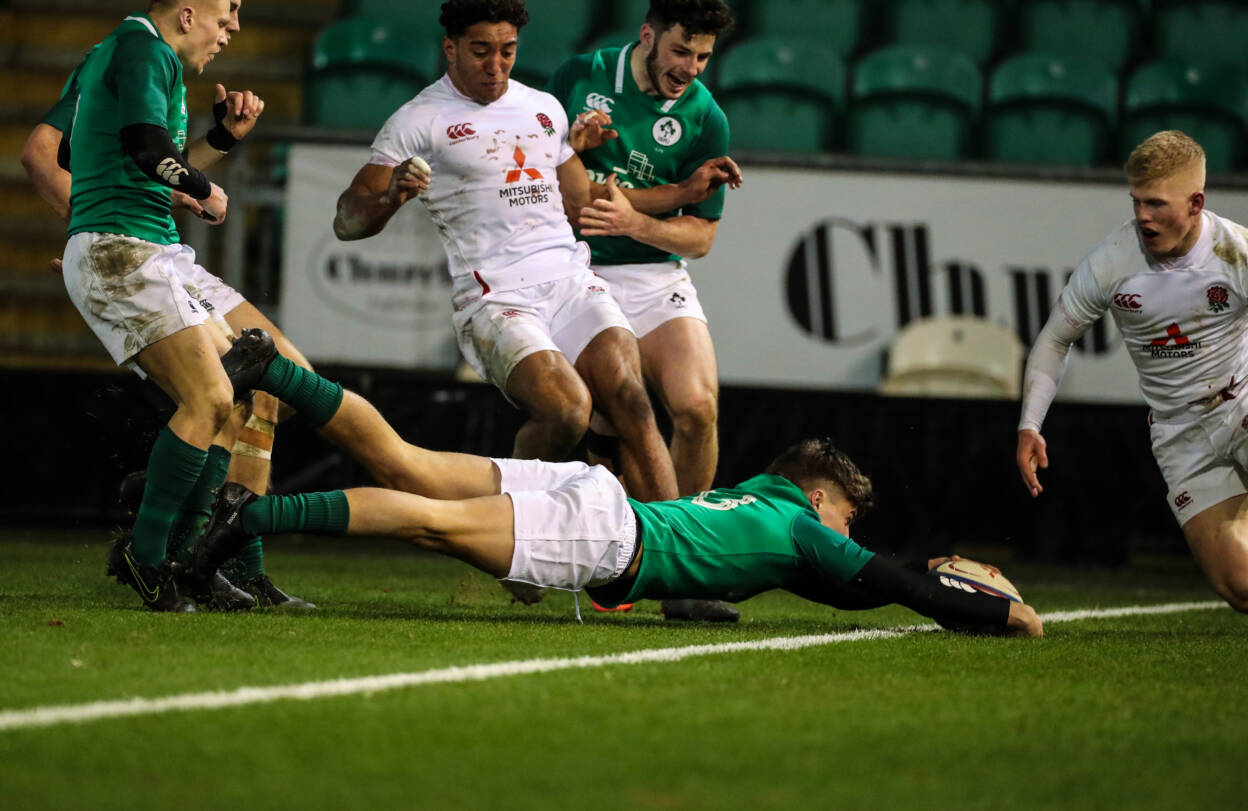 How did your time in the Ireland Under-20 squad during the Six Nations help improve you as a player?

“The coaches in the Under-20 set-up are of the highest calibre and there is no doubt being a part of the squad and working with those coaches every day improves us all as players. For me personally, my self-confidence grew during the year and with that, my decision-making became sharper and my overall game improved. It was great to gel so well as a team, improve as a unit and go through the three games unbeaten – hopefully we get to finish the Six Nations and complete what we started.”

How much are you looking forward to joining the Leinster Academy?

“I am really looking forward to the challenges that lie ahead. The exposure to state-of-the-art facilities at Energia Park and world-class coaching and strength and conditioning resources will be invaluable but overall I’m excited just to get back playing rugby again. I can’t wait to train and play with the best and having the opportunity to learn from such a talented and excited group of players is really exciting.”

Combining academic studies and rugby is an important aspect of being in an Academy. How will you balance the two?

“I’m going into my third year of Business Management TU Dublin and now that I’ll be training in Energia Park, my plan is to balance rugby and college a bit better this year. I feel this is a huge step in my rugby career and I am certainly more motivated than ever, so I will be giving 100% to everything I do, both on and off the pitch.”

“Hopefully going into Year Two of the Academy! Overall, I would like to play as much rugby as possible over the next year, learn as much as I can and ultimately be a better, more rounded rugby player. I wouldn’t mind having an U20 Six Nations medal either!”

How has your experience of the Ireland Under-20 programme been this year?

“My experience with the Under-20 squad this year has been incredible and while it was disappointing to have the campaign suspended, I couldn’t have enjoyed it more. The time I spent in camps and at games with the squad helped me improve as a player both on and off the pitch and getting to train against the senior squad at Irish Independent Park and Energia Park was also an amazing experience.

“Getting to train with the players that I have looked up to for so many years was something that seemed big at the time and even now looking back at it, I have realised how special the experience was and how lucky I was to have been given that opportunity. It gives you the motivation to keep improving because you enjoyed it so much.”

How much are you looking forward to joining the Connacht Academy?

“I am excited to move to Galway and get back to training at a high intensity again. I can’t wait to train with some of the best players in the country and also work with some brilliant coaches too. For me, the most exciting part about joining the Academy is the fact that we work alongside the senior squad. It allows me to experience first hand how professional players in my position are preparing and training. It will give me an idea of what it takes to be in their position and how much work is needed to make that next step.”

And you’re starting a new course in NUI Galway too?

“Yeah, I am hoping to study Economics and Politics in NUI Galway. Everything is a bit uncertain at the moment because nobody knows what college will look like in September but I look forward to balancing college and rugby going forward. During this lockdown period, I’ve actually started to read a bit more and have tried to listen to some new podcasts, which has helped keep me sharp and taught me a lot.”

Joining the Academy is seen as the next step on the ladder, are you now hungrier and more motivated than ever to improve and achieve your potential?

“Joining an Academy was a big goal for me and it is a huge milestone that I wanted to achieve. Now that I have been given this opportunity, I just want to make the most of it. A lot of people have helped me get this far whether it be my family, friends or coaches and I just want to keep making them proud by working hard, trying to improve all the time and working towards my potential.”

What are your goals for the season ahead?

“My main goal for the next year is to become faster, fitter, stronger and try and best prepare myself to make the next step. I would like to make the most out of the opportunities I will be given by the Academy. Given what has happened in the last four three months, no one can really predict what the next year will look like, but I personally just want to keep improving, stay injury free and be playing rugby on a consistent basis.” 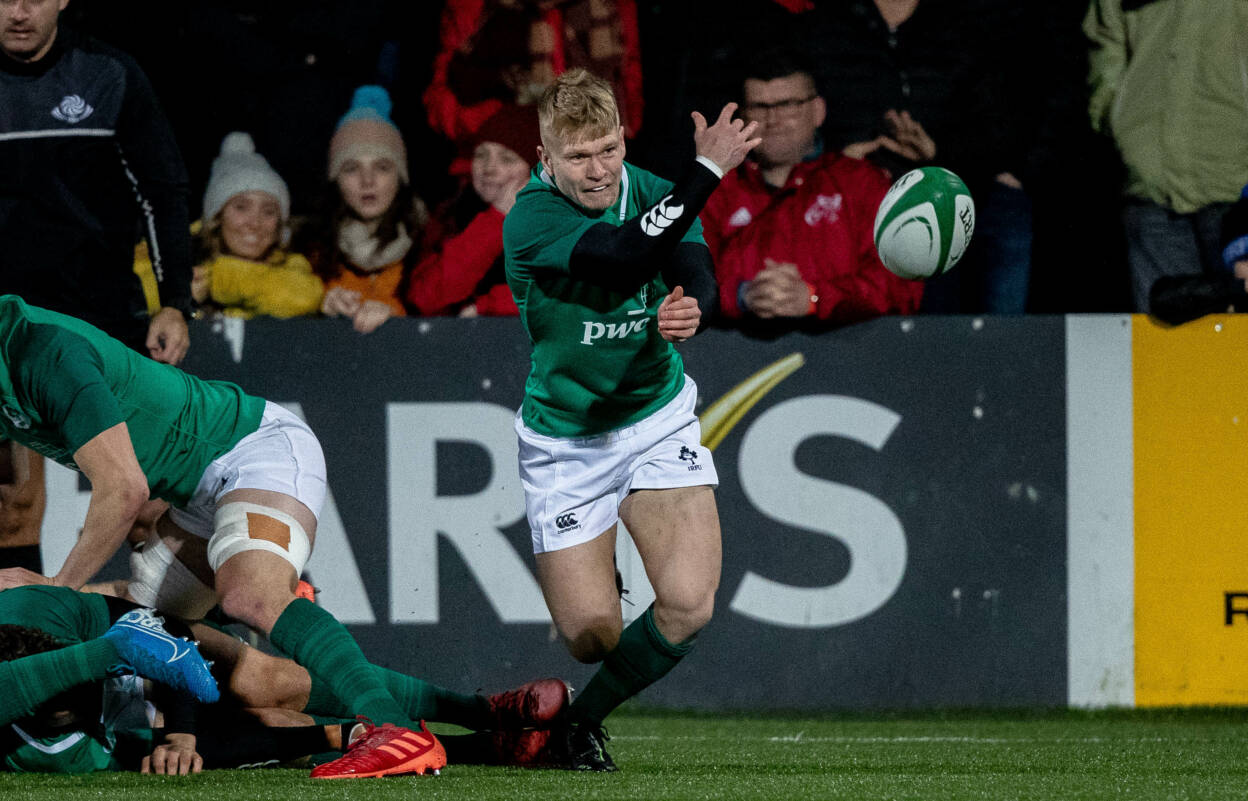 How do you reflect on your time in the Ireland Under-20 programme so far?

“I definitely think I’ve been able to improve as a player thanks to the coaching and experiences during the U20 Six Nations campaign. My understanding of the game improved massively and my desire to learn more about the game and the strategy and tactics is far greater now. The level of preparation for games is something that I value so much now because the confidence you gain from knowing you’ve done everything you can to be ready is irreplaceable. I also believe the leadership role I had within the squad was really beneficial for me. It allowed me to develop myself as a leader which was something I was initially not familiar with. I hope to continue to develop it throughout my career.”

What aspect of joining the Ulster Academy are you most looking forward to?

“I suppose the Academy is something I’m familiar with already after my time in the Ulster sub-academy and I’m thrilled to have earned a contract and want to maximise my potential with the resources I’ll have this year. I’m most excited by the chance to get better at all aspects of my game and as I move into my final year of Sports and Exercise Science at Ulster University Jordanstown, I’m looking forward to completing that degree.”

How motivated are you to kick on and continue your exciting development under Kieran Campbell and the Academy staff?

“Joining the Academy is definitely a positive step in my career but I’ve always been pretty competitive and determined to improve regardless of the setting. There is, however, greater pressure to perform when given the chance and I believe this will be a positive thing for me going forward and only bring the best out of me.”