The Guinness Pro14 Ultimate XV as chosen by the fans.

Eight Ireland internationals have been voted into the Guinness Pro14 Ultimate XV with a further two more players from Irish provinces included.

All the nominees were chosen on the media Dream Teams since 2005/06 with a minimum number of games to be eligible.

Ospreys (5) had the most players voted in with Leinster and Munster securing 4 each; Ulster have 2 and Scarlets 1 in the Ultimate XV. 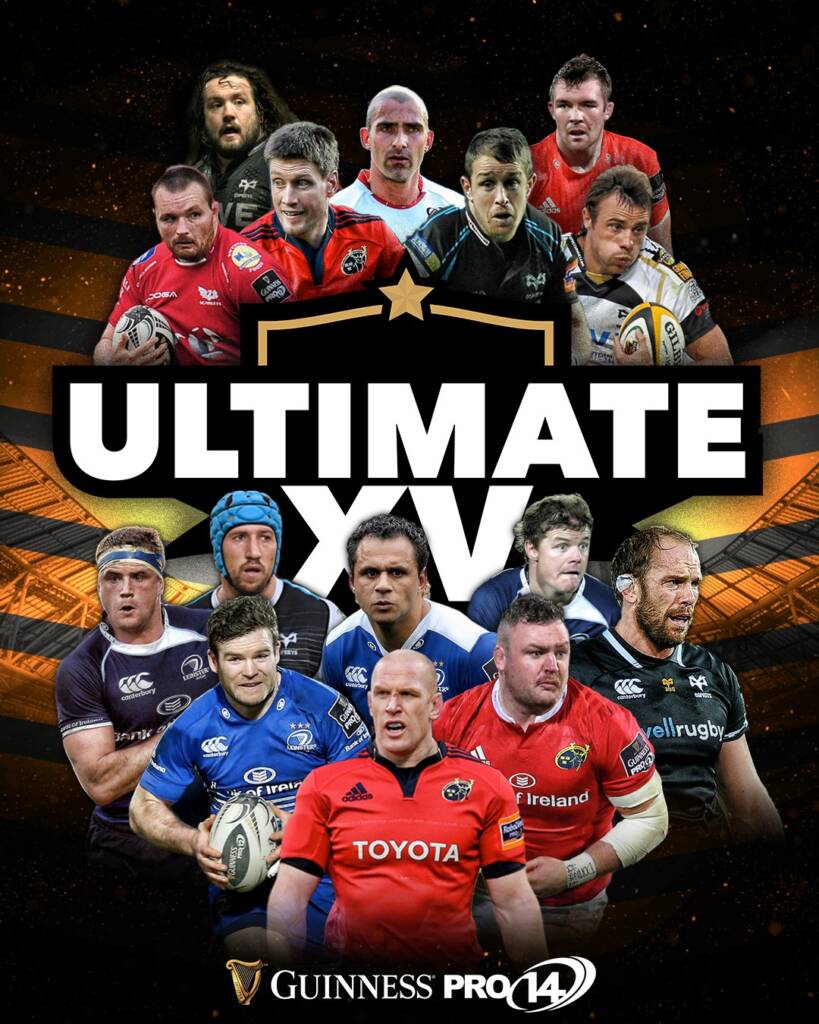 Thousands of fans voted over recent weeks to pick the Ultimate XV. Every player selected is an international. Twelve have represented the British & Irish Lions. Seven of the players have captained their country including five of the Irish players – Brian O’Driscoll, Paul O’Connell, Jamie Heaslip, Ronan O’Gara and Peter O’Mahony.

In the front row Munster’s Dave Kilcoyne was voted in at loosehead alongside Ken Owens (Scarlets) and Adam Jones (Ospreys).

Ireland’s most celebrated centre partnership of O’Driscoll and Gordon D’Arcy is reunited in the Ultimate XV outside of Ireland and Munster’s record points scorer Ronan O’Gara. Ruan Pienaar was chosen at scrum half from his time with Ulster.

Tommy Bowe, the all-time leading try-scorer in the league features in an incredible back three alongside Leinster’s Isa Nacewa and Shane Williams (Ospreys). Tommy scored 67 tries in total – 47 for Ulster and 18 for Ospreys.