Tom Daly pictured at the announcement of the Ireland Men's Sevens programme and structures in 2015. ©INPHO/Dan Sheridan

His performances at age-grade level for Ireland and indeed for Lansdowne in the All-Ireland League had put Tom Daly firmly on the radar of Irish rugby supporters, but his emergence as the face and voice of the relaunched Ireland Men’s Sevens programme back in 2015 thrust the Carlow native further into the spotlight.

A member of the Leinster Academy at the time, Daly was invited to the first set of Sevens trials by Anthony Eddy, the IRFU Director of Women’s and Sevens Rugby, at Lansdowne and while he attended with initial hesitation, the then 21-year-old would soon become the Ireland Men’s captain as the team embarked on their bid to qualify for the 2016 Olympics.

As a ball-carrying centre, Daly wasn’t convinced his physique or skillset would suit the Sevens game and ‘didn’t want to make a show of myself in front of other players from other provinces at the trials’ but having starred for Lansdowne in their AIL success that season, he was identified by Eddy as a player with potential in the seven-a-side format.

Daly was selected in a 12-man Ireland Wolfhounds selection, alongside Leinster winger Adam Byrne, Harry McNulty, Mark Roche and Munster’s Alex Wootton, for an invitational tournament in Edinburgh in May 2015, before the tough task of climbing the European ladder would begin that summer.

“I remember I played pretty well at that tournament in Scotland,” Daly tells IrishRugby.ie. “I got a call from Anthony shortly after asking me would I like to captain the Ireland Sevens team. It was the first time I’d been asked to captain an international team so I obviously jumped at the opportunity and it was a massive honour.

“We went off to Bosnia then that summer for our first Rugby Europe tournament and straight away, playing in that environment developed my skills massively. I was only playing with Lansdowne at the time, I wasn’t getting much senior exposure with Leinster and it just gave me the chance to test myself in training and in international matches.” 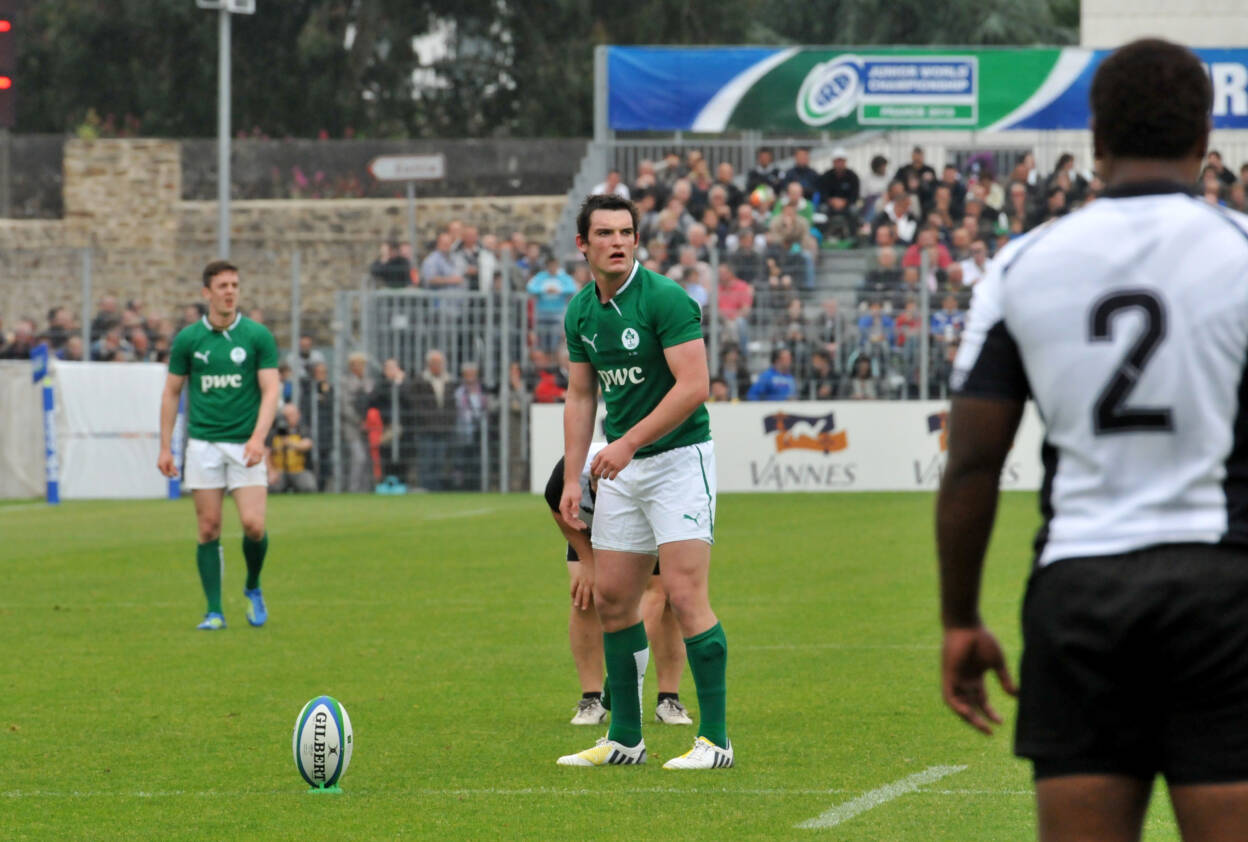 From the photoshoot in the Aviva Stadium alongside Eddy and IRFU Performance Director, David Nucifora, to his media commitments as captain, the message from Daly always remained the same: his move to the shortened form of the game was not a deviation from the path he wanted to go down, rather an invaluable opportunity to hone and develop his skills in a green jersey. Sevens played a key role in his development as a player.

There was also the small matter of the Olympic Games. A third-place finish at the Rugby Europe Sevens Olympic Repechage Tournament in Lisbon granted Ireland one final chance to book their place at Rio 2016 at the winner-takes-all Repechage tournament in Monaco a month out from the Games.

“We went into that Olympic qualifier in Monaco as bottom seed and nobody really expected anything from us,” Daly recalls. “But on the first day we actually went out and beat Zimbabwe, Samoa and Tonga to top our Pool and go through to the quarter-finals. That was a huge day for us because the tournament was live on Sky Sports and it just kind of put us and the Ireland Sevens programme on the world stage.

“Unfortunately we were just edged out by Spain in the quarters and they actually went on to win the tournament, earning a place at the Olympics. We had a good week though and while it was disappointing we didn’t achieve what we wanted to, that tournament stands out for me because people sat up and realised how good we were and good we could be.”

Daly would feature in one more capped tournament for Ireland after Monaco before turning his attention back to the 15s game with Leinster, but he returned to his native province a better player – mentally, physically and tactically – for his two-year experience with Eddy’s Sevens. He won five caps overall for the Ireland Sevens.

“So many areas of my game improved,” he explains. “My passing came on leaps and bounds and I just got more confident attacking players and taking people on one-on-one. My handling and kicking game also benefited massively. Anthony had heard I was a pretty good kicker back at U20s and I probably lost that a bit when I went into the academy as I wasn’t playing at 10, so I didn’t practice it as much. 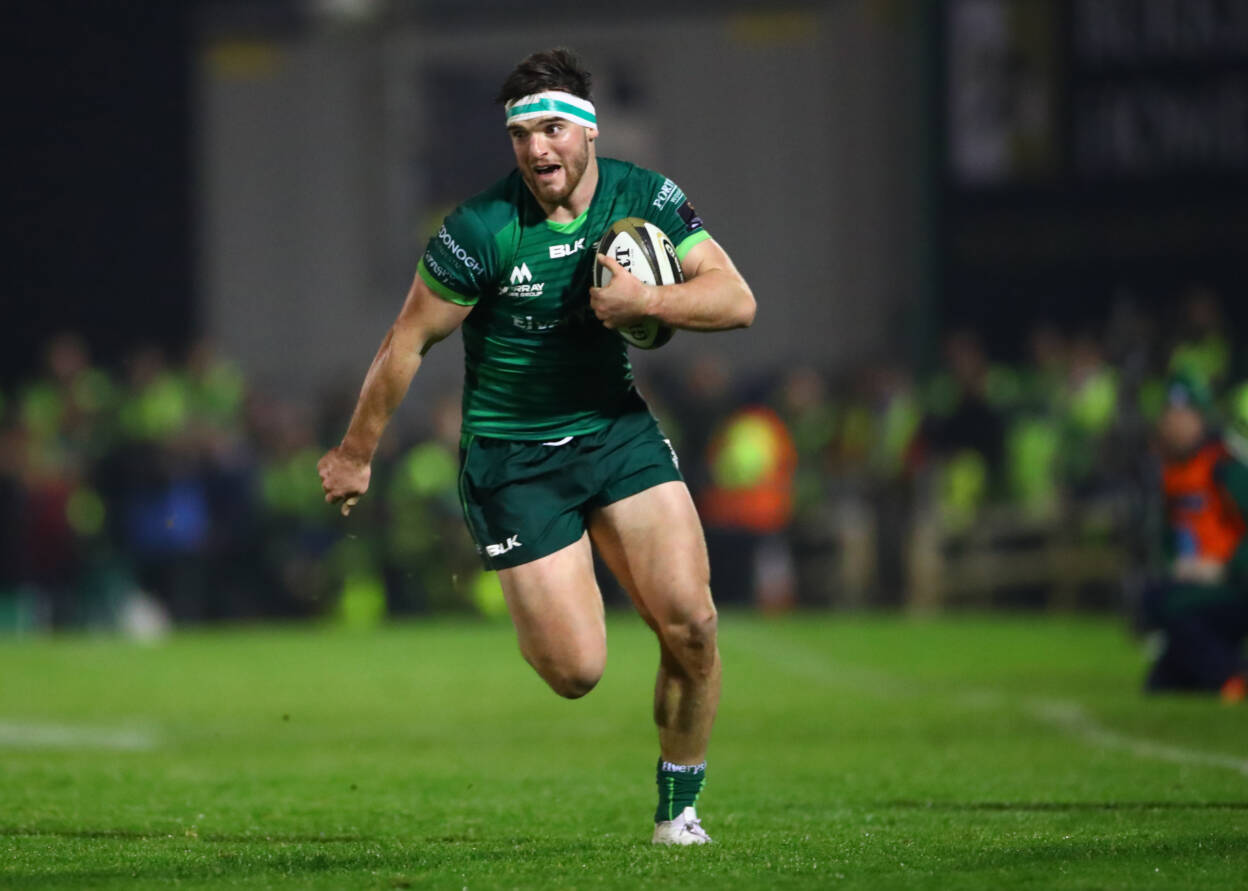 “When I went into the Sevens, I was on restarts and conversions and it really gave me my confidence back with kicking. I look back on it with such fond memories because when you’re in an academy and it’s not going your way or you’re not getting the exposure you feel you deserve, all you want is to play.

“Sevens gives you another chance to play top-level rugby with top-level players around you. If you look at guys like Jimmy O’Brien, Hugo Keenan and Shane Daly coming out of the Sevens programme recently and they’re now playing PRO14 for their provinces. Some quality players have come straight out and into their provincial teams. It shows it’s a great pathway for players.”

After a couple of injury-hit seasons, Daly found it difficult to break into the Leinster midfield and last season jumped at the chance to get more game-time with Connacht as he made the switch west on an initial loan deal, before making the move permanent at the start of the current 2019/20 campaign.

The 26-year-old has relished the chance to play consistent rugby under Andy Friend at the Sportsground and his performances this term earned the centre a two-year contract extension with the western province.

“It has taken a while for things to kick off for me but the move to Connacht really, really helped,” he adds. “I went straight into getting regular PRO14 exposure and I’ve kicked on again this year. I’m really happy with how it’s going and I was delighted to sign the contract.”

As for the Sevens, Daly still keeps a close eye on results, particularly this season with the Ireland Men joining the Ireland Women on the HSBC World Rugby Sevens Series.

“With Friendy in Connacht who used to coach the Australia Sevens, we have a bit of craic with him when Ireland play Australia and they’ve played a few times already this season. John Porch obviously played with Australia too so we’d watch the Sevens together if we’re on an away trip. W’d get it up on someone’s phone. There would be a few of us who keep a keen eye on it and it’s great to see the lads do so well on the world stage.”

Next week, Munster’s Shane Daly reflects on his couple of seasons in the Sevens programme and how the experience equipped him to kick on and make his senior debut for the southern province.