By Ryan Bailey at BC Place, Vancouver

Ireland produced a strong finish at the Canada Sevens to ensure they left Vancouver on a winning note as Jordan Conroy continued his remarkable try-scoring form on Sunday afternoon.

Anthony Eddy’s clinched a dramatic extra-time victory over Argentina in their 13th place Play-off at BC Stadium, with Conroy once again proving to be the match-winner as he demonstrated his express pace to finish down the right wing after being released by captain Billy Dardis.

The 31-26 win over the Pumas ensured Ireland claimed 13th position at the sixth leg of the HSBC World Rugby Sevens Series after an up-and-down weekend which saw them suffer defeats to Spain, New Zealand and France and record victories over Kenya, Japan and Argentina, with Eddy’s side adding four points to their overall World Series total.

Coming off the back of last weekend’s sixth place finish in Los Angeles, it was a disappointing result for Ireland at the sixth leg of the World Series campaign, yet there were many encouraging strands to their performances too, most notably the try-scoring exploits of Conroy.

The 26-year-old winger topped the tournament’s try-scoring charts alongside Australia’s Lachie Anderson with seven to bring his overall total to 30 for the season, which is eight ahead of USA’s Carlin Isles in second place. Additionally, Conroy now has 45 tries in 43 World Series matches.

His brace of tries against Argentina once again proved crucial as Ireland were forced to dig deep after Marcos Moneta‘s third score of the game sent the contest into extra-time after the final hooter. With the sides locked at 26 apiece, Ireland snatched possession from the restart through Harry McNulty and were able to create the space out wide for Conroy to do the rest. 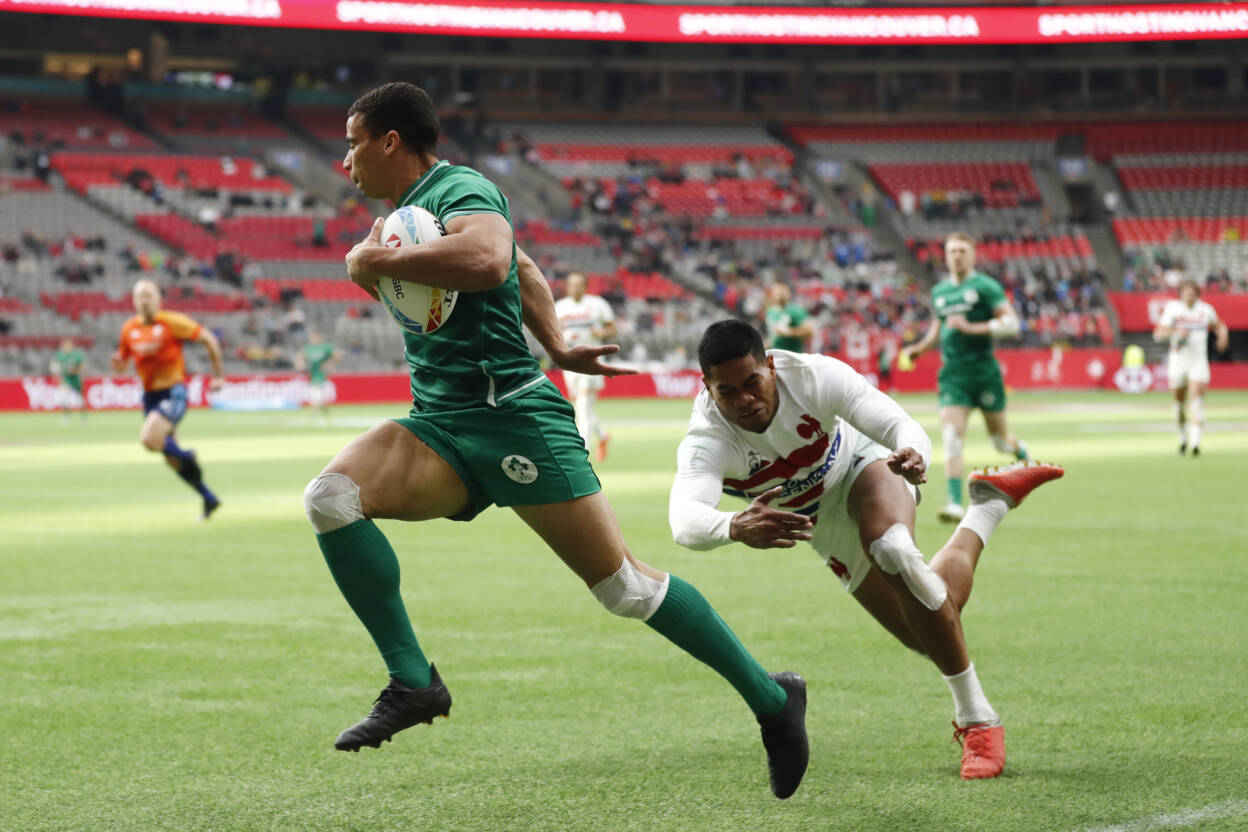 Greg O’Shea‘s first-half double had put Ireland in the driving seat but Moneta quickly responded with a brace of his own to bring Argentina back into the game. When Conroy went over for his first in the far corner and Jack Kelly added Ireland’s fourth soon after, Eddy’s side were in control heading into the final exchanges, but there was drama to come.

Santiago Alvarez‘s seven-pointer reduced the deficit to just five points and then the Pumas looked to strike in the last play as they turned over possession in midfield, with Moneta given the time and space in midfield to run around the outside for the line, but Liam Turner produced a superb chase and try-saving tackle to force the young Argentinian into touch inches from the whitewash.

Ireland just had to retain possession from their own lineout and get the ball out to seal victory but the Pumas stole it back, allowing Moneta to eventually go over in the far corner to draw his side level on the scoreboard with the conversion to come, only for Gaston Revol to give Ireland a massive reprieve when he missed the kick.

With the next rounds in Hong Kong and Singapore postponed, Ireland – who now sit 10th in the overall rankings – will have an extended break from World Series action before the season continues in London and Paris in late May.