By Ryan Bailey in Vancouver

Ireland Men's Sevens continue their season at the Canada Sevens on Saturday.

The very fact that the impressive BC Place Stadium in downtown Vancouver will have a special ‘Irish section’ for the start of Saturday’s Canada Sevens gives some indication as to the level of support that will be behind the Ireland Men’s Sevens at the sixth leg of the HSBC World Rugby Sevens Series.

With such a strong Irish population in the city, a large proportion of Saturday’s sold-out crowd will be of green persuasion as Anthony Eddy‘s side continue their 2019/20 World Series campaign and the squad are relishing the opportunity to play in what is expected to be a boisterous atmosphere.

Ireland completed their eve-of-tournament captain’s run at BC Place, the home of MLS outfit Vancouver Whitecaps, on Friday afternoon and with it being a synthetic surface and an enclosed stadium, it was important for the players to familiarise themselves with the surroundings.

“It was great we could get into the stadium and do our captain’s run earlier,” captain Billy Dardis told IrishRugby.ie. “It kind of means the wow factor is taken out of it tomorrow and it won’t be anything new as we run out for that first game.

“It’s a massive stadium and by all accounts it’s going to be rocking for the whole weekend. A lot of the lads have family and friends over here and there are a lot of Irish people over here which is something we’re really looking forward to. It always makes a big difference, playing in front of Irish support wherever we go. Hopefully it really pushes us on this weekend.” 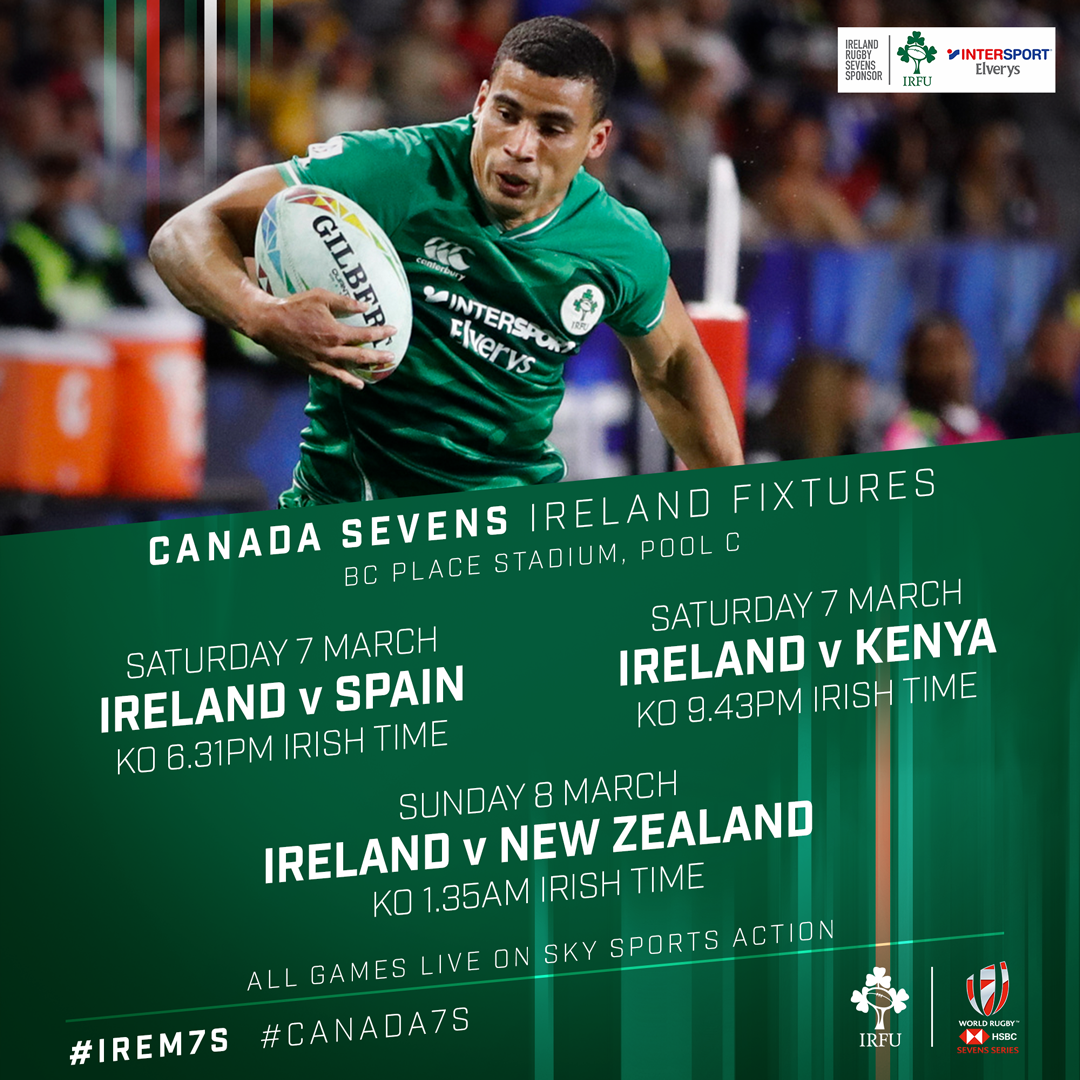 After reaching their second quarter-final of the season in LA last weekend, Ireland are striving to achieve greater consistency in their performance having produced strong displays in victories over Canada and England, and a draw with South Africa, while also suffering heavy defeats to Kenya and Australia.

With one eye on June’s Olympic Repechage tournament, Eddy’s side – who are enjoying a strong start to life as a core team on the World Series – have set their targets on raising the bar again and Dardis says there is a real appetite within the group to reach a World Series semi-final and beyond.

“Our ranking is probably a fair reflection of where we’re at this season,” he continues. “We’ve been fairly inconsistent in the sense that our first weeks haven’t been great and then the second week we’ve been able to claw it back. Luckily last week we got off to a good start and got into a quarter-final after some strong performances against Canada and South Africa.

“That kinds of sets us up nicely for this weekend and we’re trying to build momentum going into the Canada Sevens. We know Spain inside out and then Kenya, who beat us up a bit last week, so we’re fairly determined to put in a performance there.

“There is a lot of hunger in this team to push on and we spoke at the start of the year about wanting to make finals and win a tournament. We’ve made a couple of quarter-finals but now we want to push on into a semi-final and further.”

You can follow the Canada Sevens on IrishRugby.ie and the IRFU social media channels, as well as live throughout the weekend on Sky Sports Action.