By Ryan Bailey in Vancouver

As an outside centre from the renowned Blackrock College rugby nursery, Liam Turner has always had to balance a considerable weight of expectation on his shoulders.

But the 20-year-old, now a member of the Leinster Academy, has never been afraid to thread his own path and through his performances for Noel McNamara‘s side last season, Turner more than made a name for himself in the 13 jersey.

Developing key partnerships with David Hawkshaw and then Sean French in the Ireland midfield, Turner’s decision-making and communication emerged as strong elements to his game, while he also possesses excellent footwork, a sharp passing ability and impressive acceleration.

It was no doubt that range of skills caught the eye of Anthony Eddy, the IRFU Director of Sevens and Women’s Rugby, when he invited Turner, who has also played Energia All-Ireland League for Dublin University, into the Ireland Men’s Sevens programme at the start of this season.

Although rewarded with a place in the Leinster Academy for his exploits with the Ireland Under-20s, Turner – when it could have been easier to solely concentrate on trying to climb the ladder at his native province – recognised the opportunity in front of him and jumped at the chance to join Eddy’s squad last November.

“At the start of the season I didn’t really see myself going down this pathway because I was starting in the Leinster Academy but when the opportunity arose, I knew it would be really good for developing my game,” Turner tells IrishRugby.ie.

“I always had my mind open to it and in Leinster at the moment the amount of competition in my position is very strong and the fact that I’ve just entered the Academy this year, I thought it would be really good for me to go into another professional set-up and showcase myself there.”

As he adapted to the format and embedded himself in the Sevens programme, Turner was handed his first chance to impress when named in the Ireland Development squad for the Dubai Invitational tournament last December.

Having been the standout performer in that tournament, which ran alongside the opening leg of the HSBC World Rugby Sevens Series, Turner was called up to the Ireland squad for the next round of the World Series in Cape Town the following weekend. 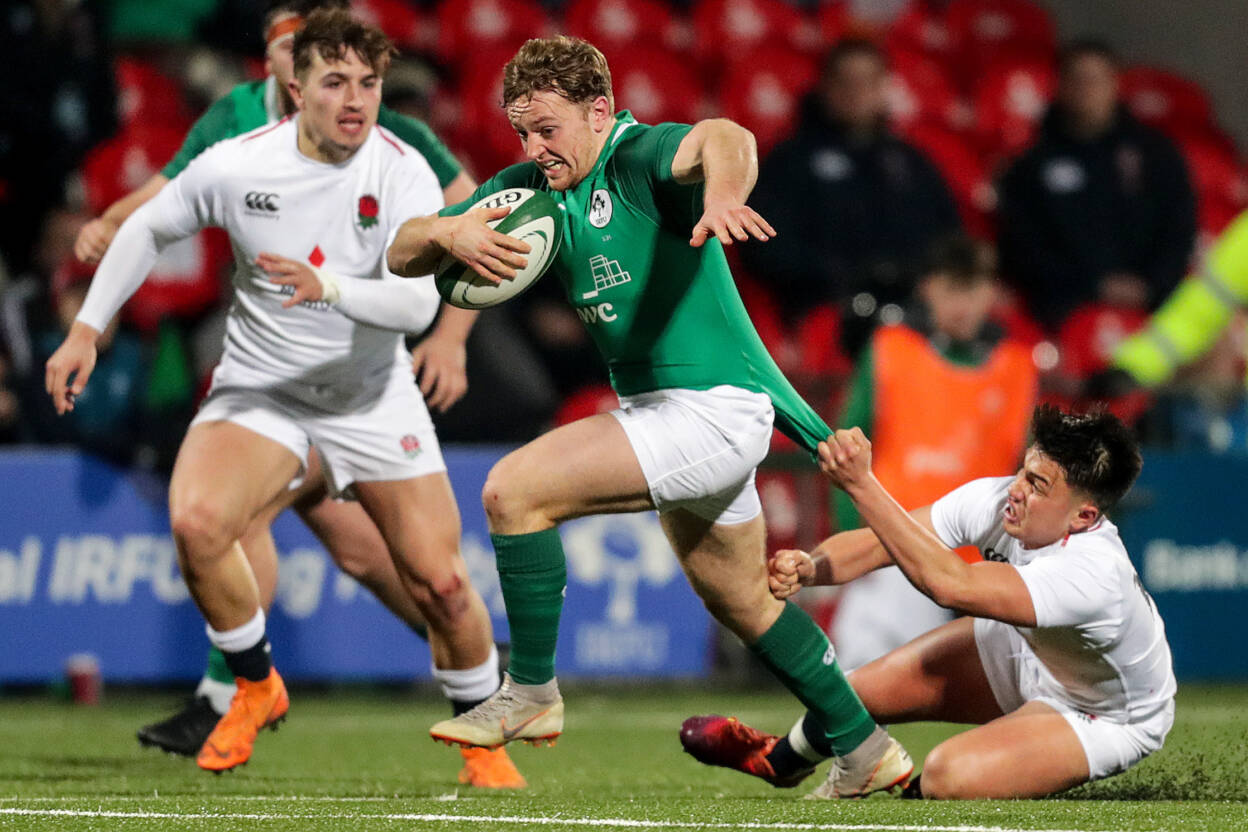 Called upon to make his debut in the Pool victory over Samoa at the Cape Town Stadium, Turner had gone from being a star of the Ireland Under-20s side who swept to Six Nations glory to representing Ireland in the World Series in the space of six months.

“I just looked at certain parts of the Sevens game and knew they were something that I needed to develop in my game,” he continues.

“I saw coming into the programme as a great opportunity to develop those skills like the catch-pass and breakdown work. I think I’ve been gradually building in those areas and I’m just trying to make myself a better rugby player.”

Since Cape Town, Turner has been in the Ireland squads for World Series legs in Hamilton, Sydney and in Los Angeles, where he made his first start in the Play-off defeat of England at Dignity Health Sports Park last weekend.

This week, he will hope to win his fifth cap at the Canada Sevens in Vancouver.

“I never really expected it at all,” Turner says of breaking into Eddy’s plans. “When I first joined, I just thought I’d go with the flow and see how things went but never really thought I’d get myself in this position this soon. I’m absolutely delighted and hopefully I’ll keep on improving.

“It has been an incredible experience so far and to get these opportunities has been amazing. I never would have thought I’d get to be going to all these places to play rugby at the age of 20 and hopefully my game is becoming all the better for it.”

You can follow all the build-up to this weekend’s Canada Sevens on IrishRugby.ie and on the IRFU social media channels.