Having made significant strides already in 2020, Ireland Women’s centre Sene Naoupu is ready to take things to the next level in Sunday’s Six Nations clash with England in Doncaster (kick-off 12.45pm).

Both teams have two wins apiece under their belts, making this an intriguing top of the table tussle. The Red Roses represent a major step up from Ireland’s previous opponents, Scotland and Wales, with Simon Middleton’s charges seeking a second consecutive Grand Slam crown.

Naoupu enjoyed a season playing club rugby in England with Aylesford Bulls (she also played for Harlequins when they took over Aylesford in that 2016/17 campaign) and is therefore well aware of what this English side are capable of.

“We’ve progressed massively. That’s why it’s genuinely an exciting time for us to be able to execute certain things and to have the confidence to do so,” insisted the Ireland vice-captain, speaking at their training base at the IRFU High Performance Centre.

“Based on the momentum we’ve been able to build in those last couple of games, this weekend is going to have to take it to another level. But we’re prepared for that and come Sunday, it’ll be just another game for us.”

This will be the first of two away trips for Ireland in the 2020 Women’s Six Nations, with a final round encounter set to follow against France at Stadium Lille-Métropole in Villeneuve-d’Ascq. While acknowledging how tough these fixtures will be for a growing team, Naoupu is ready to embrace the challenges that lie ahead.

“It’s exciting, that’s why you play rugby. You want to play against the best teams in the world to test yourselves as a team and you want to play in the big stadiums in front of the big crowds. It’s a really exciting opportunity, to be honest.”

Following back-to-back matches playing alongside Michelle Claffey, Naoupu has a new centres partner of sorts for tomorrow’s visit to a sold-out Castle Park. After spending the best part of the past two seasons on the Sevens circuit, Katie Fitzhenry has been drafted in to replace her Blackrock club-mate.

Naoupu and the Wexford native are no strangers to each other. As well as playing together for the Ireland Sevens side, they were partners in the Irish midfield on four consecutive occasions in the 2018 Six Nations, including a defeat to England at the Ricoh Arena in Coventry. 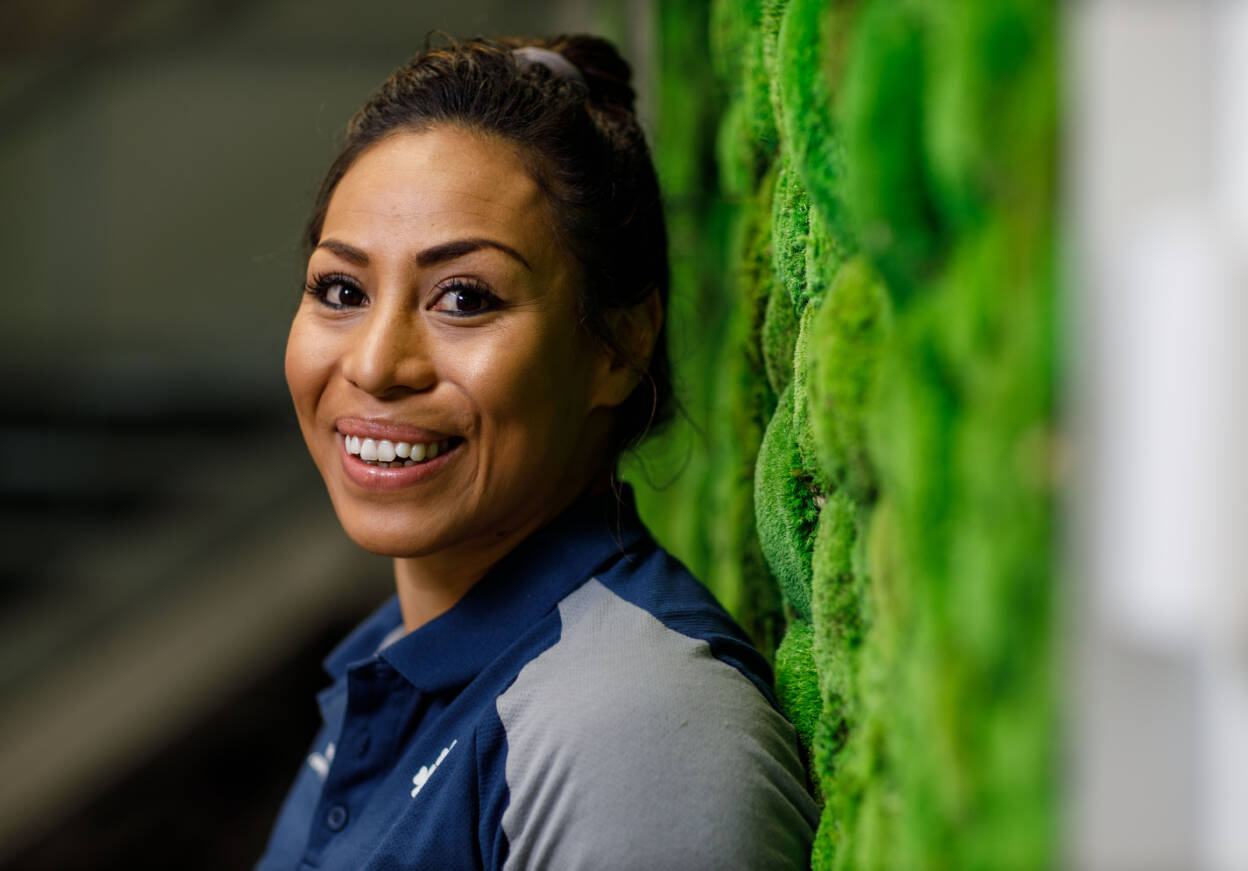 For Naoupu, Fitzhenry’s return to the 15s team only serves to strengthen the centre options head coach Adam Griggs has at his disposal. She agreed: “It’s exciting. Different types of combinations throughout our team are exciting, from the front row to the back-three, so I’m really excited to be in the centre with Katie Fitz.

“Also, Michelle Claffey has done a super job the last two games against Scotland and Wales. As a squad, Enya Breen has also been excellent with her training and preparation. There’s good depth as well in the centres.”

In recent years, the Ireland Women have become accustomed to playing matches on all-weather surfaces. They defeated Scotland and Wales on Energia Park’s 4G pitch, while last year’s Six Nations campaign was book-ended by clashes with France and Wales at the Donnybrook venue and Cardiff Arms Park respectively.

Tomorrow’s much-anticipated tie will see them making a return to grass, and given the adverse weather in the Doncaster area over the past week, there could be some tricky conditions for Naoupu and her team-mates to contend with.

The Old Belvedere and Leinster star added: “Like England, we also like a dry surface because we like a good expansive game as well as the good old-fashioned attritional game. Whatever conditions we come up against, we’ll be as prepared as we are.”