Past meetings between the two teams have often been bruising encounters and neither side are expected to give an inch. Having held a number of meetings at the IRFU High Performance Centre this week, van der Flier and his team-mates have a clear understanding of what awaits them in London.

“We’ve spoken a lot about it during the week,” he explained. “Obviously it’s hard, you don’t want to knock lumps out of each other in training because you have a game to prepare for at the end of the week. But definitely there was a lot of talk about it.

“Then we spoke a good bit about individuals, making sure that they’re physically ready. That they’re ready for what will be a really physical game and that’s the most you can do. For me, I like to get a few tackles in during the week, get my preparation right.

“Once each individual looks after their preparation and you get whatever the game-plan is together, you kinda bring it all together. That’s the plan for this weekend, to definitely try and win that physical battle.”

The 26-year-old Wicklow native will be hoping to tick an item off the bucket list in the English capital tomorrow afternoon. He has played twice at Twickenham to date and has ended up on the wrong side of the result on both occasions.

He made his international debut at openside flanker when the teams met in February 2016 and England prevailed that day 21-10. Ireland were victorious on their next visit to English Rugby HQ two years later, but van der Flier missed out on that Grand Slam-clinching victory having injured his knee previously against France.

He played in Ireland’s heavy defeat to Eddie Jones’ men in a Rugby World Cup warm-up match at Twickenham last August. With these experiences under his belt, van der Flier is acutely aware of how much English teams can feed off the partisan home crowd.

“Once they get going and the crowd’s behind them, it gets very noisy. They get a lot of confidence and they’re pretty dangerous then. I know what it’s like, it’s a very tough place to go but we’re really excited to get to go out there again this weekend.”

Following the unfortunate early injury-enforced departure of Caelan Doris on his Ireland debut against Scotland, van der Flier has been working in unison these last few weeks with Munster duo Peter O’Mahony and CJ Stander – the back row combination of choice during the latter stages of Joe Schmidt’s coaching reign. 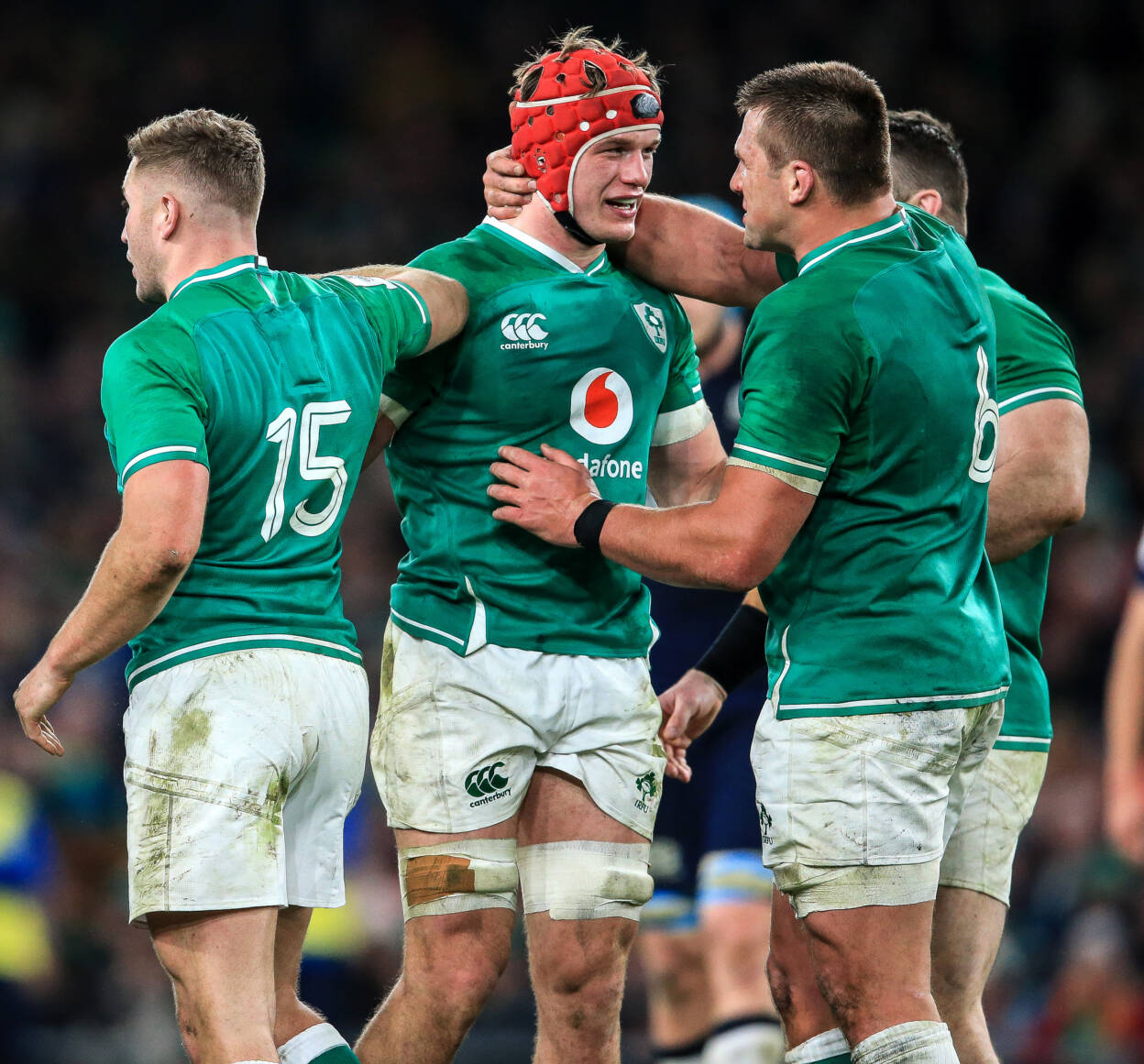 Asked about their dynamic as a unit, he admitted: “It’s been good. A lot of the time it’s the person getting the turnover gets the credit, but it’s the other lads in the team. Getting those low tackles and getting people to ground, that’s the important thing. If you’re losing collisions, it’s obviously harder to get those turnovers.

“It’s been working really well. CJ has obviously been brilliant and everyone knows how good Pete is over the ball as well. Then Caelan, he’s been world class at the breakdown all season. It’s very exciting.”

England have had their own injury concerns in this department with the vastly-experienced Billy Vunipola currently nursing a broken arm. Yet the presence of Courtney Lawes, Tom Curry and Sam Underhill in the loose forwards ensures they will maintain a potent threat around the field.

Van der Flier noted: “It’s a pretty physical English back row. A big breakdown. Something that we’ve spoken about all week is they will try and disrupt us as I think the breakdown is going to be massive.

“It’s definitely a back row – especially eight (Tom Curry) and seven (Sam Underhill) – that will really test our breakdown and we’ll have to be at our best.”