Head coach Noel McNamara says his Ireland Under-20 squad, sponsored by PwC, will face a very different challenge when they continue their Under-20 Six Nations campaign against England at Franklin’s Gardens in round 3.

Having recorded bonus point victories in their opening two games against Scotland and Wales at Irish Independent Park, Ireland are sitting top of the Championship table ahead of their trip to Northampton on Friday week (kick-off 7.45pm).

With a week to regroup and recover, the Ireland Under-20s will train alongside the senior national team at Thursday’s open training session at Cork Institute of Technology as they build towards that eagerly-awaited clash with England in Northampton.

“The one thing this team has in absolute spades is character and you’d have to say that was very much in evidence, not when we were on the front foot with our tails up but when we were under the pump in the second half,” McNamara said of the victory over Wales.

“Lesser teams could have rolled over but the boys dug in, got a good score and put the game away.” 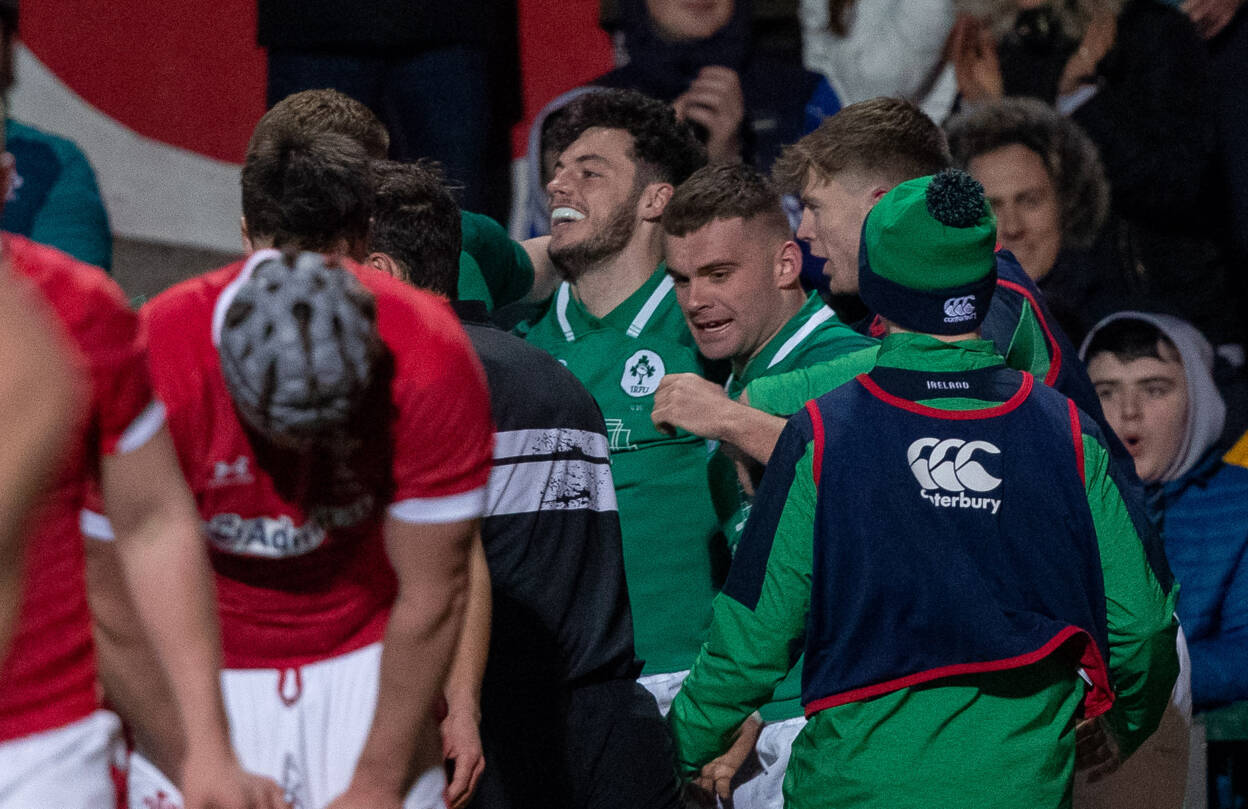 Having started the tournament with back-to-back home games, McNamara knows it will be a different challenge playing away from home against England, who have also recorded victories over France and Scotland.

“We love coming down here, we love playing in Cork,” the head coach continued. “It has very much become a home for us and I think that’s evident. For us to get 10 points and move on to the next challenge is great but England are going to be huge in Franklin’s Gardens.

“It’s a different surface as well. We’ve played on this surface the last two weeks, it’s quick and fast and even in testing conditions, to score 36 points you have to be absolutely delighted from an attack perspective.

“It is going to be a challenge (over there), I’ve no doubt they will have a vocal home support and that will be a different feel for us because we’ve very much had that on our back for the last two games. I’m really looking forward to see how the boys adapt and how they react to that new challenge.”