Aldi Ireland has extended its partnership with the Irish Rugby Football Union in a new four-year deal. Aldi will continue as the IRFU’s Official ‘Fresh Food Partner’ until 2024.

Aldi has partnered with the IRFU since 2016, providing substantial investment in Aldi Play Rugby, a non-contact schools rugby programme for both boys and girls.

Aimed at encouraging school children to get active, take part in regular exercise and to eat healthily, participation in the programme has increased by almost 50% since Aldi began its sponsorship, with 109,000 students now taking part from over 1,200 schools across Ireland.

As the IRFU’s Official Fresh Food Partner to both its men’s and women’s teams, the IRFU logo will appear on Aldi fresh produce lines, predominantly across its fresh 100% Irish meat range and fruit and vegetable offering, helping identify healthy food choices. 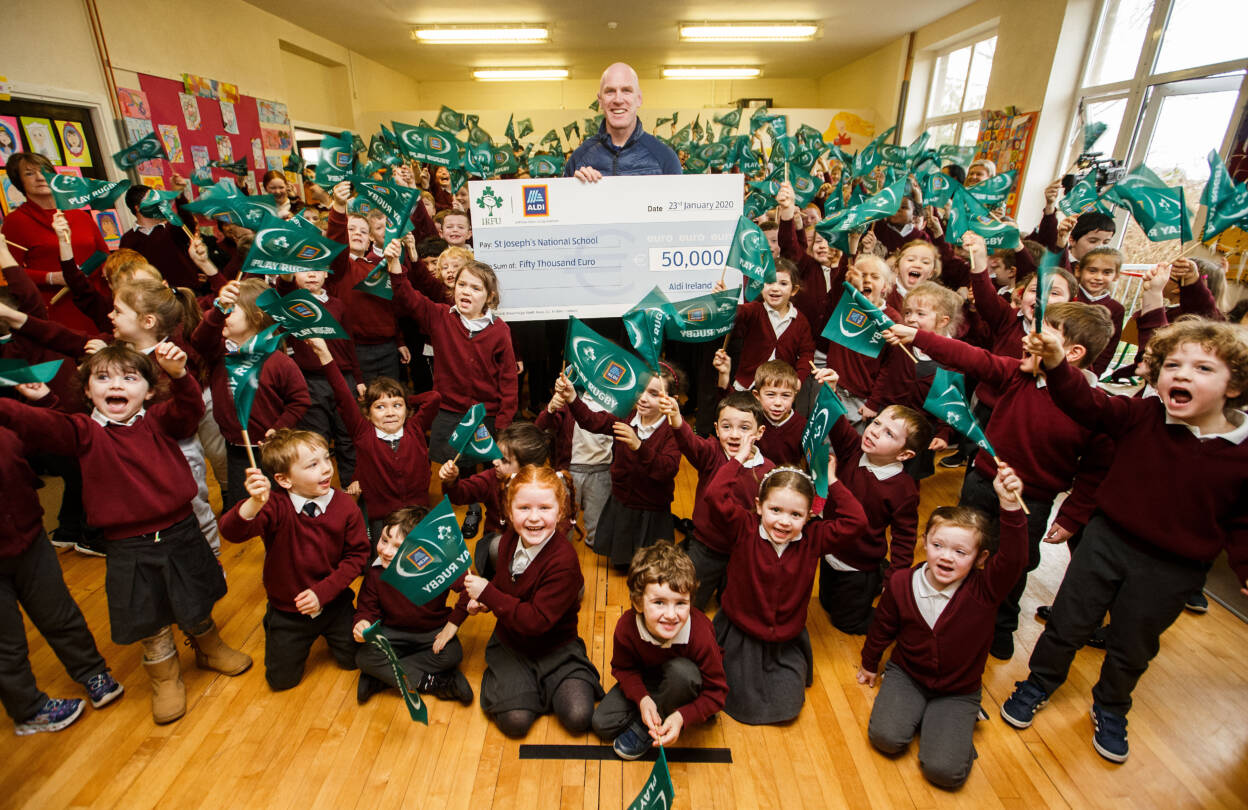 Introduced in 2019, the Aldi Play Rugby Sticker Competition has provided prize money and sports kits to primary schools across the country.

Our long-term partnership with the IRFU has been a huge success for everyone involved. Aldi Play Rugby has made a massive impact in schools across the country, encouraging thousands of children to get active and lead a healthier lifestyle.

“Working hand in hand with the IRFU, we look forward making the programme available to even more children over the next four years, as well as adding to the €1.2m investment in primary schools during this time.”

We are delighted to extend our partnership and see Aldi become the IRFU’s Official Fresh Food Partner. We share a common goal and vision in encouraging children to make healthier eating choices. Aldi makes healthy eating affordable and accessible for all Irish families and we are proud for the IRFU logo to appear on and endorse its fresh product ranges.”