Ireland Under-20s assistant coach Kieran Campbell is anticipating a significant backlash from Wales when they arrive at Irish Independent Park on Friday for an intriguing Under-20 Six Nations tussle (kick-off 7.15pm).

Whereas Ireland got the defence of their Championship crown off to a flying start in the form of a 38-26 victory over Scotland at the Cork venue last weekend, Wales fell to a 17-7 defeat at the hands of Italy in Colwyn Bay.

Although this will understandably make the holders favourites to prevail on home soil for a second consecutive week, Campbell recognises the folly of underestimating the challenge Gareth Williams’ side are capable of posing.

“Wales aren’t going to be particularly happy, arriving after losing to Italy,” said Campbell. “You can imagine the paint coming off the wall there a little bit, in terms of getting them prepared for this week. We are going to get a pretty seismic physical battle on Friday. It’s now getting to the stage where we are the form team, they are the underdog coming in.

“They will have a level of emotion and intensity that will come with that. How do we prepare for that? We have to be as good if not better than we were against Scotland in the opening passages of the game. Make sure that we build ourselves comfortably into the match.

“Take control and impose ourselves from the beginning. That will drain that emotion from them. We are fortunate with the way things are going in Cork, that we seem to get a lot of vociferous support. Hopefully that will drain that level of emotion they are going to arrive with on Friday.”

Of the three victorious teams in round one – Italy and England being the others – Ireland had the biggest winning margin (12 points) of all and also accumulated the most points (38) over 80 minutes. Conversely, a committed Scotland secured four tries of their own for a final tally of 26. 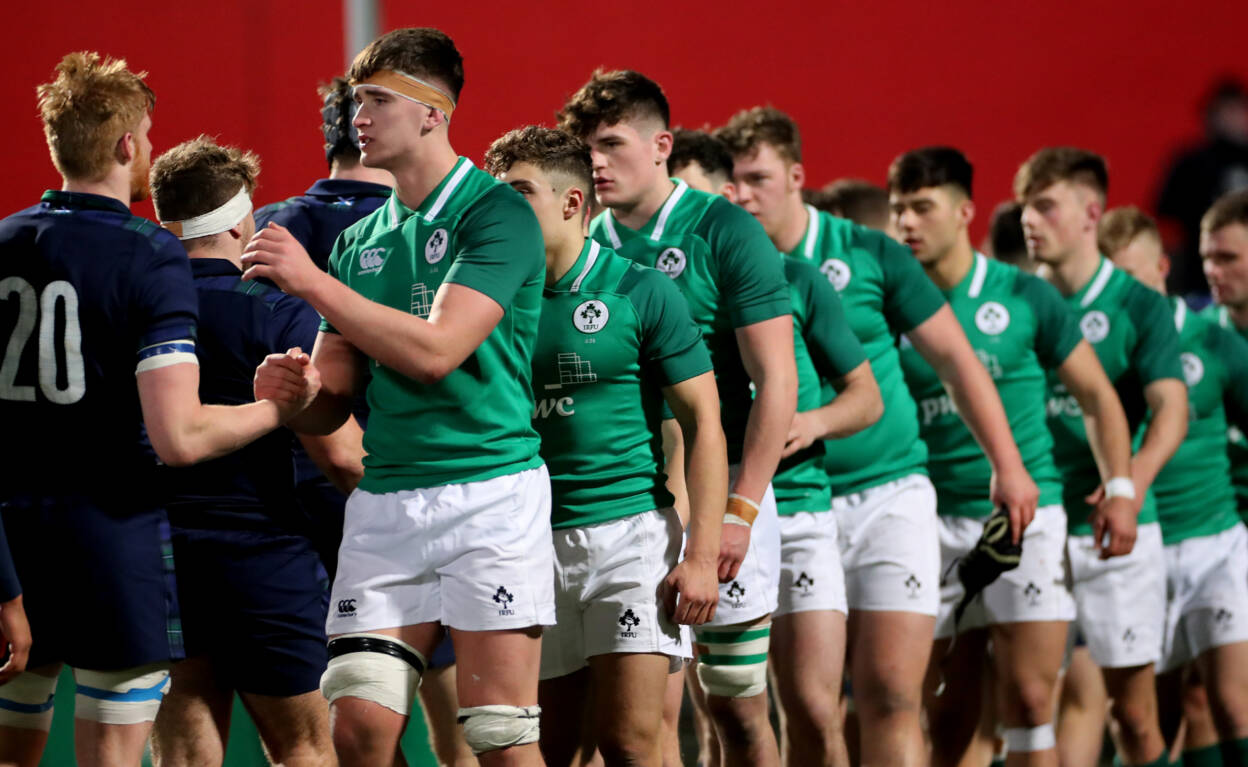 This leaves Ireland with room for improvement but as defence specialist Campbell explains, this was always likely to be the case.

“It was a little bit of the unknown there going into the first game. You don’t get a chance to look at the opposition and you’re getting caught with a few things. Overall, it was the ideal first performance. Plenty to be chuffed about and plenty to work on. A few developments (in playing style) to be made. They need to be made fast.

“I think the way that we built into a 33-12 lead was great. We are just going to look at the way we managed momentum a little bit in the middle of the second half. It was like we took our foot off the pedal a little bit there.

“That allowed them to find some space in the game. Fortunately we managed to bring it back and get a healthy lead at 38-19, which was always going to see us comfortable. We are going into this week and we are very much closed on last week.”

Given Wales have now been in action, Ireland U-20 head coach Noel McNamara and his backroom team will consequently have a better idea of what awaits them on Leeside this Friday night. Match tickets are available to buy here.

If they are to stave off the threat of their latest opponents, Campbell has pinpointed a key area that will require special focus.

“What we talked about is consistency in delivering the line speed, but the level of collision that is necessary at this level. I think the guys have learned that you are not going to get a collision that you are going to win easily,” explained the former Ulster, Connacht and Ireland scrum half.

“I think if I took one thing as the defence coach from last weekend is when we are on, and when we really stick our collisions, we are hugely effective. But, quite rightly, we have had a few chats with a couple of young men.”