Cliodhna Moloney expects former Ireland head coach Philip Doyle to have Scotland primed for battle when the two sides meet in the Women’s Six Nations at Energia Park this afternoon.

The man known affectionately as ‘Goose’ had two spells at the helm of the Ireland squad and also coached Ulster and Energia Women’s All-Ireland League outfit Blackrock in more recent times.

During Doyle’s latter stint with the national team, they secured a groundbreaking Grand Slam in 2013 before reaching the semi-final of the Women’s Rugby World Cup the following year in France.

The Ireland Women held the Indian sign over the Scots in those days and continued to hold the upper hand until their Celtic rivals finally got the better of them in a 2018 Six Nations clash, winning a thriller 15-12 at Donnybrook.

While Ireland gained revenge at Scotstoun Stadium in Glasgow just under twelve months ago, that previous match, which was decided by Chloe Rollie’s brilliant breakaway try, remains fresh in Moloney’s mind. 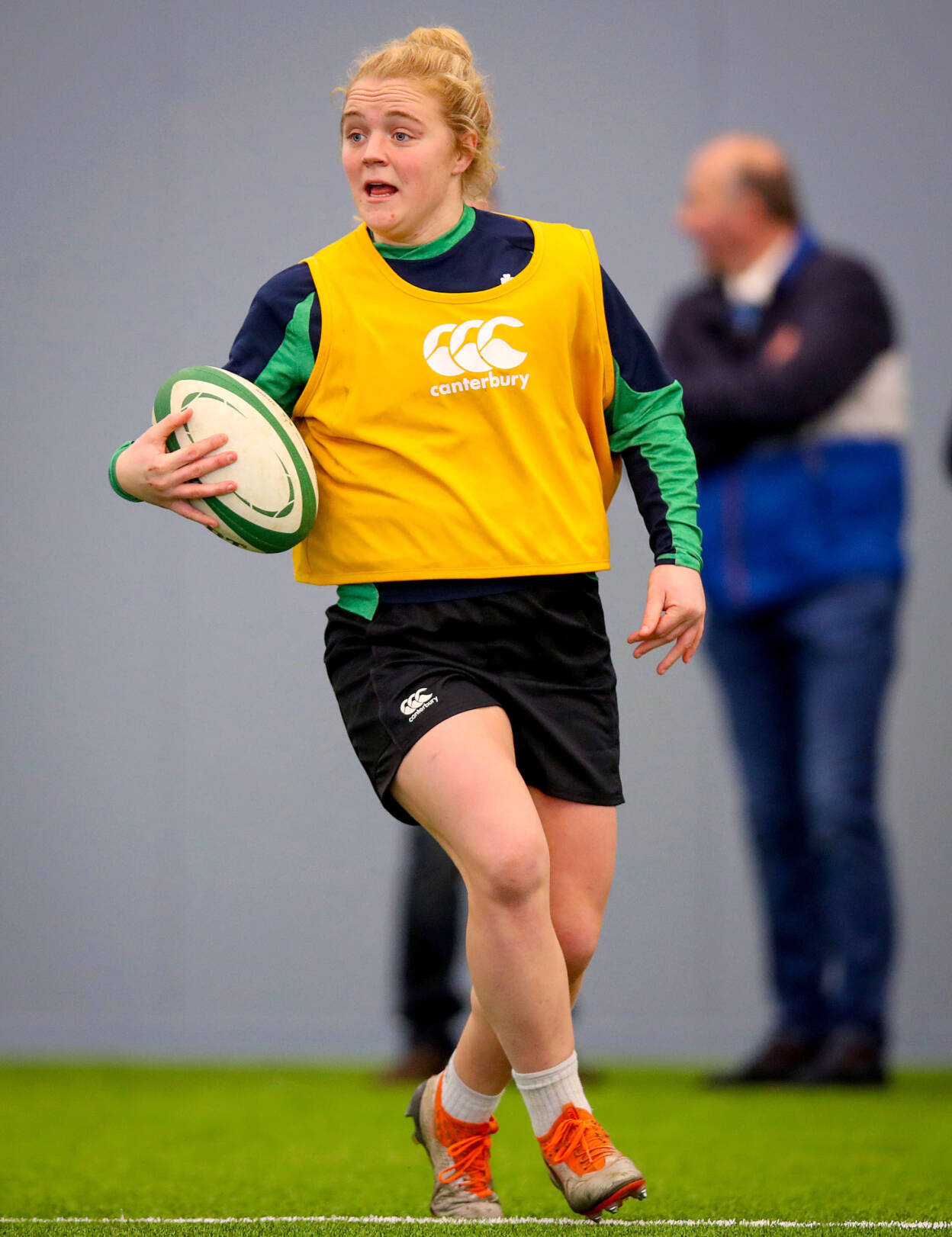 “Scotland are going to come all guns blazing, I think,” said the Galway-born hooker. “We’ve targeted our three home games this year. We don’t want just to win, but we want a big performance. We’re very aware of how much Scotland have come on the last few years and they’re definitely not a team to be forgotten about.

“They’ve got some very threatening backs. Obviously Philip Doyle has come in as head coach and that’s exciting for them too. We do need to win this game. Not only win, but put in a big performance and drive forward from there.”

Despite only being 26 years of age, Moloney is fast becoming one of the more experienced players within the Ireland set-up. She made her international bow against England at the Twickenham Stoop in November 2015, alongside fellow new caps Jeamie Deacon, Aine Donnelly, Mairead Coyne, Elaine Anthony and Ciara Cooney.

In the last few years, a gifted crop of youngsters have been signposting their potential, coming through the IRFU Women’s development pathways, and this gives Moloney great hope for the future of the Women’s game in Ireland.

“There’s young girls coming in there, I only wish I was in their position. They’re bigger, stronger than I ever probably will be. Definitely than I was at that stage. They’re playing rugby probably a lot longer too. The likes of Dorothy Wall, Judy Bobbett. We can all feel them clipping at our heels.

“Not in terms of position, but rugby will be in a good place in a few years’ time if there’s more people like them around the country. If we can bring them on and get them exposed to the right kind of rugby, it should keep them in the system.” 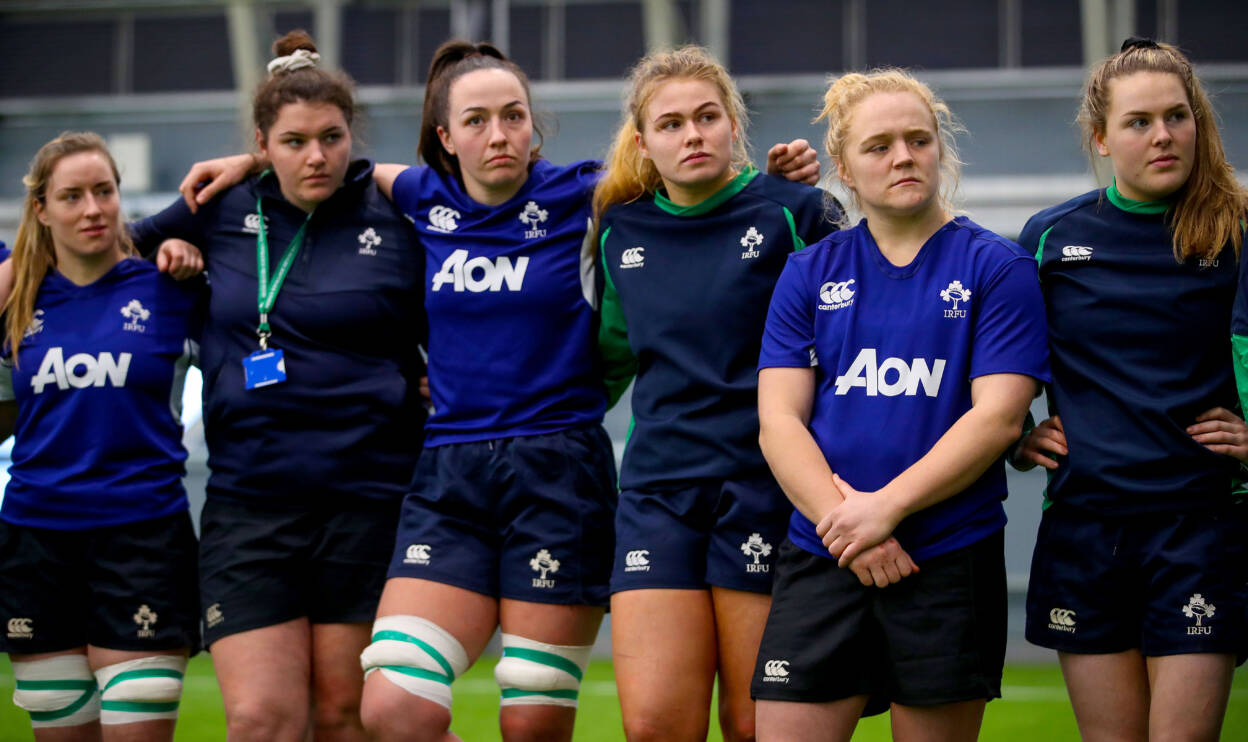 Today’s first round fixture represents a welcome return to the Six Nations for Moloney, who missed last year’s campaign with a long-term shoulder injury. She got 52 minutes under her belt during November’s narrow defeat to Wales in UCD and retains her place in the Irish front row for the 2020 opener.

Moloney admits she had to tailor her game on her return from injury, admitting: “I probably have changed a little bit as a player, probably due to my injury and the nature of that. I had very heavy surgery on my shoulder, which was difficult to come back from.

“I had to look at the way I was coming into contact and stuff. That all had to change. A lot of the time I was looking for contact and not looking for space. That was probably a fault in my game-plan as well. Not that I wouldn’t take the contact now if I had to. Looking for softer shoulders, looking for the easier gain-line.”

Having previously lined out for current All-Ireland League champions Railway Union, Moloney made the switch to Tyrrells Premier 15s side Wasps in the summer of 2018. She counts fellow Irish forwards Edel McMahon and Claire Molloy (currently on an international sabbatical) as her team-mates at the London club.

Moloney and McMahon are not alone in being based outside of Ireland as Lauren Delany (Firwood Waterloo Ladies), Ellen Murphy (Gloucester-Hartpury), Anna Caplice and Leah Lyons (both Harlequins) also play their club rugby across the water.

Additionally, Ireland Women’s forwards coach Steve McGinnis works full-time in the IRFU’s IQ Rugby programme and keeps in contact with Moloney and the other UK-based players throughout the season.

“It’s good that we’ve got a base over there and he does keep in contact with us in terms of reviewing any of our club games over there,” she explained. “In terms of any personal development that we need to do, he’ll keep in touch with us on that. There’s a good gang of us travelling over and back too, which helps.

“You’re not sitting in the airport on your own. That time’s not wasted either. Someone will have a laptop, you can sit down and do your work. See what you need to be working on for the next week. That’s always helpful.”