Having experienced the Guinness Six Nations before as an England player and an Italy attack coach, Mike Catt is excited to be part of a new regime for Ireland’s Championship opener against Scotland tomorrow.

The South African-born former England international worked alongside Conor O’Shea in the Italy set-up for three-and-a-half years, culminating at the 2019 Rugby World Cup where they were eliminated at the pool stage.

Despite Ireland’s own disappointment at how things unfolded in Japan, their new attack coach has no concerns over the quality that exists within the ranks.

“They don’t get to number one in the world by not being a good side,” said Catt. “When you look at the quality of player that they’ve got and you watch the provinces as well, all of the provinces are playing some really good rugby and being successful too.

“Jumping on the back of that and complimenting what they’re doing is crucial for us. You’ve got world-class players. Still young, still learning. They’ve got to go all through these downs before they get to the ultimate ups.

“We’ve all been through that as players and as coaches so it’s how we respond on the back of it. I think Andy (Farrell) is going to put a good environment in place where these guys can deal with those sort of things and deal with what international rugby is about.” 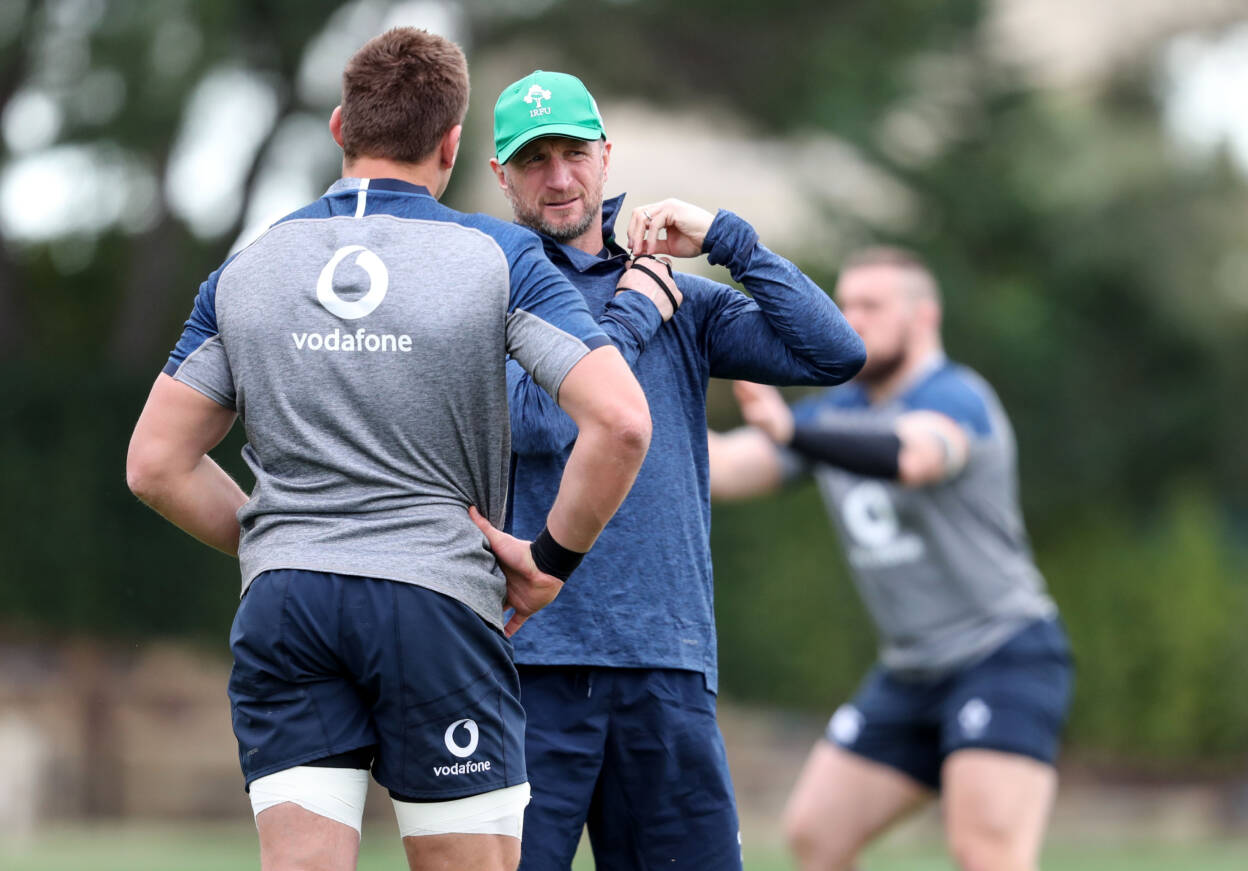 Indeed, by understanding what each of Ireland’s four professional teams are trying to implement, Catt believes head coach Farrell will have left his stamp on the team by the time this Six Nations campaign come to a close.

“Andy has a philosophy. I think a lot of it is trying to compliment what the provinces do as well. You know, you’re not going to be able to change them overnight, so it’s just being realistic about how certain squads do certain things.

Nonetheless, Catt is fully aware of the need to get the basics right and being able to adapt to any given situation.

“You’ve still got to catch, kick and pass under pressure and I think the teams have been very successful in the European Cup. That’s the step just below international rugby, so we’ve got a lot of experience in the side as well and individually too.

“There are one or two players who want to right a few wrongs, so I think as a group of coaches we are expecting some good stuff at the weekend. Rugby is a decision-making game. If it’s on to kick, you kick. If it’s on to run, you run. That’s what we try to instil into the players. As long as they’re making the right decisions all of the time, the right decisions for the team, we’ll be alright.”

A Rugby World Cup champion and four-time Six Nations winner with England, Catt is only in the first couple of months of an IRFU contract that takes him up to and including the 2023 World Cup. Despite his short time with the squad to date, he has already got a good sense of the group he is working with.

“Very humble guys, extremely hard working and there is a willingness to learn. No egos. In other teams I’ve played with and I’ve coached there has always been big egos. You have a perception for the outside and I have been very impressed with the group of players you have.

“There is no time to have this ego, to be above your station. Again, that boils down to your provinces and what it means to play for Ireland. Ultimately we need to maintain that. The culture that Andy produces or reproduces is going to make sure none of that happens,” he added.