Jonathan Sexton acknowledges it will be a special feeling to lead Ireland out at the Aviva Stadium for the first time on Saturday.

While the Dubliner was captain for Ireland’s pool victory over Russia at the recent Rugby World Cup in Japan, it was only as a stand-in for Rory Best. With the majority of his family set to be in attendance, this will be a different experience for the 34-year-old out-half – in more ways than one.

Speaking ahead of the Guinness Six Nations opener against Scotland, Sexton said: “When you get a chance to lead out Ireland at the Aviva Stadium, I get emotional even talking about it now. My kids will be there, Luca will be there, my wife will be there. All my family will be there, so it’s very special.

“It’s about trying to channel that energy into a good performance and a really accurate, clinical performance is what we need. Being made captain for a campaign is slightly more special than filling in for Rory, but I just want to try and enjoy it as best I can.

“Try and make a difference for however long I’m in the role. It’s not something that I take lightly. I’ve got to try and be myself and just learn from past experiences of doing it.”

In a similar vein to last year’s campaign, Sexton has spent a number of weeks on the sidelines in the build-up to the Championship. He last featured for Leinster in their Heineken Champions Cup away encounter with Northampton Saints on December 7 – a knee injury sustained on that day ruled him out of six subsequent games.

Nonetheless, a fully-fit Sexton does not envisage any major issues when he takes to the pitch tomorrow, noting: “I’ve done it a couple of times. It’s obviously more difficult and you’d be lying if you suggested it’s ideal, but I can draw on past experiences of coming in having not played.

“Even when you talk about just before the World Cup, having not played for a while. The way we’ve trained over the ten days will hopefully help me. I’ve built into the team stuff and probably felt sharper today, having made a few mistakes on Tuesday and having felt a bit rusty at the start of the week.

“The way we’ve trained has helped. Hopefully I’ll be able to go out and express myself on Saturday, and try and help the team win. That’s ultimately what we need to do.”

For a number of years, Sexton and Conor Murray have been regular half-back partners in this Ireland team. They will both start again for Andy Farrell’s first game as Ireland head coach as the Wigan man looks for his new charges to hit the ground running.

However, competition has certainly intensified for both of their positions over the last 18 months or more. Sexton has had to contend with provincial compatriot Ross Byrne, Connacht’s Jack Carty, squad newcomer Billy Burns and the injured Joey Carbery.

Likewise, Murray has had to fend off a number of strong scrum half options, with Ulster favourite John Cooney in the back-up role on the bench for the visit of his father’s native Scotland. 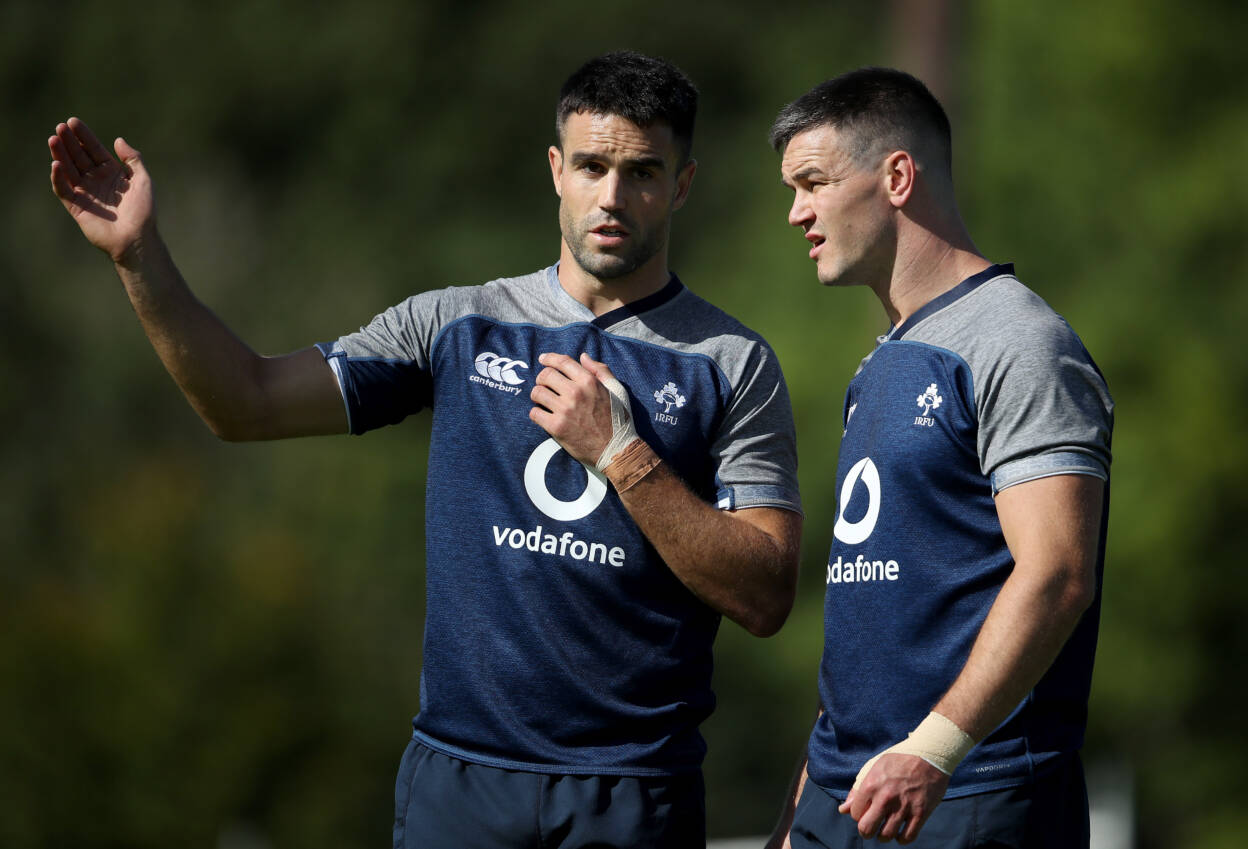 “Competition is what every good side relies on,” admitted Sexton. “I’ve seen it with Leinster especially. When you’ve got guys coming up, whether it’s behind you or with you, you’re fighting for one place. It spurs you on.

“Conor’s always been very self-driven from day one. He concentrates on himself. He’s looked sharp over the last ten days, like all the 9s have. You feel for Luke (McGrath), he trained the house down last week and especially earlier this week.

“We’re very lucky to have the 9s that we do. Over the Christmas camp, we had Caolin Blade, Jamison Gibson-Park, who have been in good form themselves. We’re blessed to have the quality of numbers.” 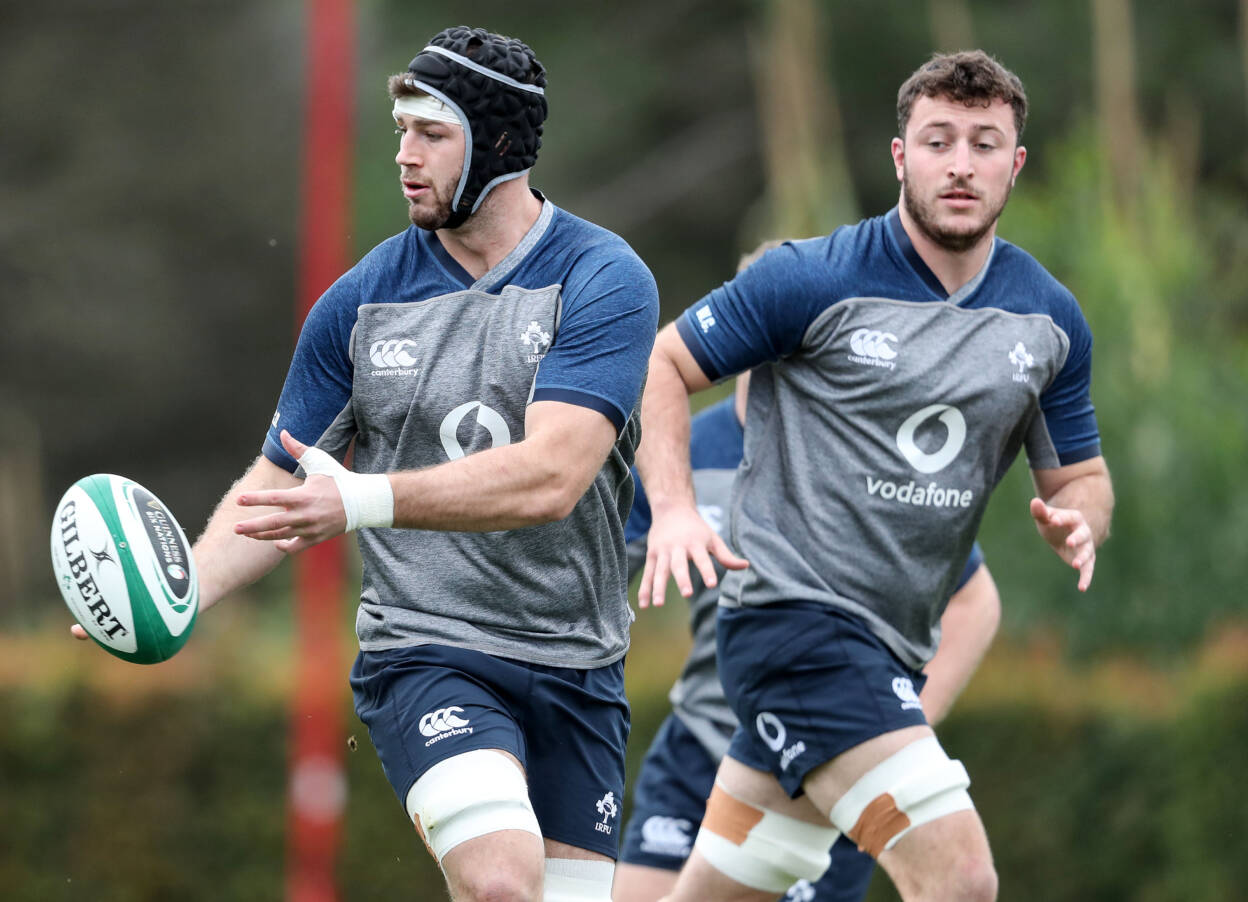 One man who has received a major vote of confidence from Farrell is Leinster youngster Caelan Doris, who starts alongside CJ Stander and Josh van der Flier in the back row tomorrow. Sexton believes the 21-year-old debutant is well equipped to step straight into the cauldron of a Six Nations game.

“It obviously is a step up. He has proven that he can stand out at European level. You have seen in his performances this year that he has been outstanding in some big games. Even last year when he came in to play for us. Only on a few occasions, but he stands out in training,” he said of the former Ireland U-20 captain.

“I know form coming into the Six Nations is very important, but the form you display in training with the coaches is as important. He has been outstanding since he came in. The message to him will be, ‘Go out, try and enjoy it’.

“It’s hard to enjoy it when you are that nervous and you feel that pressure, but he is made for this. I suppose that’s what he has to try and get into his head. For all of us, the first 10 minutes is trying to do the basics.

“It sounds simple but under pressure in the heat of a Six Nations game, it’s hard to do the basics really well at the pace that the game is going to be at. That’s what he will be asked to do. Then all the other bits of brilliance that he has in him will come to the fore, I’m sure.”