Munster Rugby and the IRFU have confirmed that Damian de Allende, RG Snyman and Matt Gallagher will join the province at the beginning of the 2020/21 season.

The trio have signed two-year contracts that will see them remain with Munster until at least June 2022. The Rugby World Cup-winning Springbok duo of de Allende and Snyman are both currently playing in the Japanese Top League, while Gallagher is with Saracens.

Centre de Allende played a leading role in South Africa’s World Cup-winning campaign, starting six of his seven appearances. It was in the knockout stages against Japan and Wales that he contributed tries.

His attacking form was equally matched by a physical defensive display as he made his presence felt at every stage with a huge work-rate from midfield. The 28-year-old from Cape Town has made 47 appearances for the Springboks, scoring six tries.

Currently playing with the Panasonic Wild Knights, he previously played for the Stormers and was voted the South African Super Rugby Player of the Year in 2015.

Snyman also featured in every game of South Africa’s successful World Cup run, producing a man-of-the-match performance against Canada. The imposing lock is highly regarded for his athleticism, ball handling skills and towering presence in the lineout. 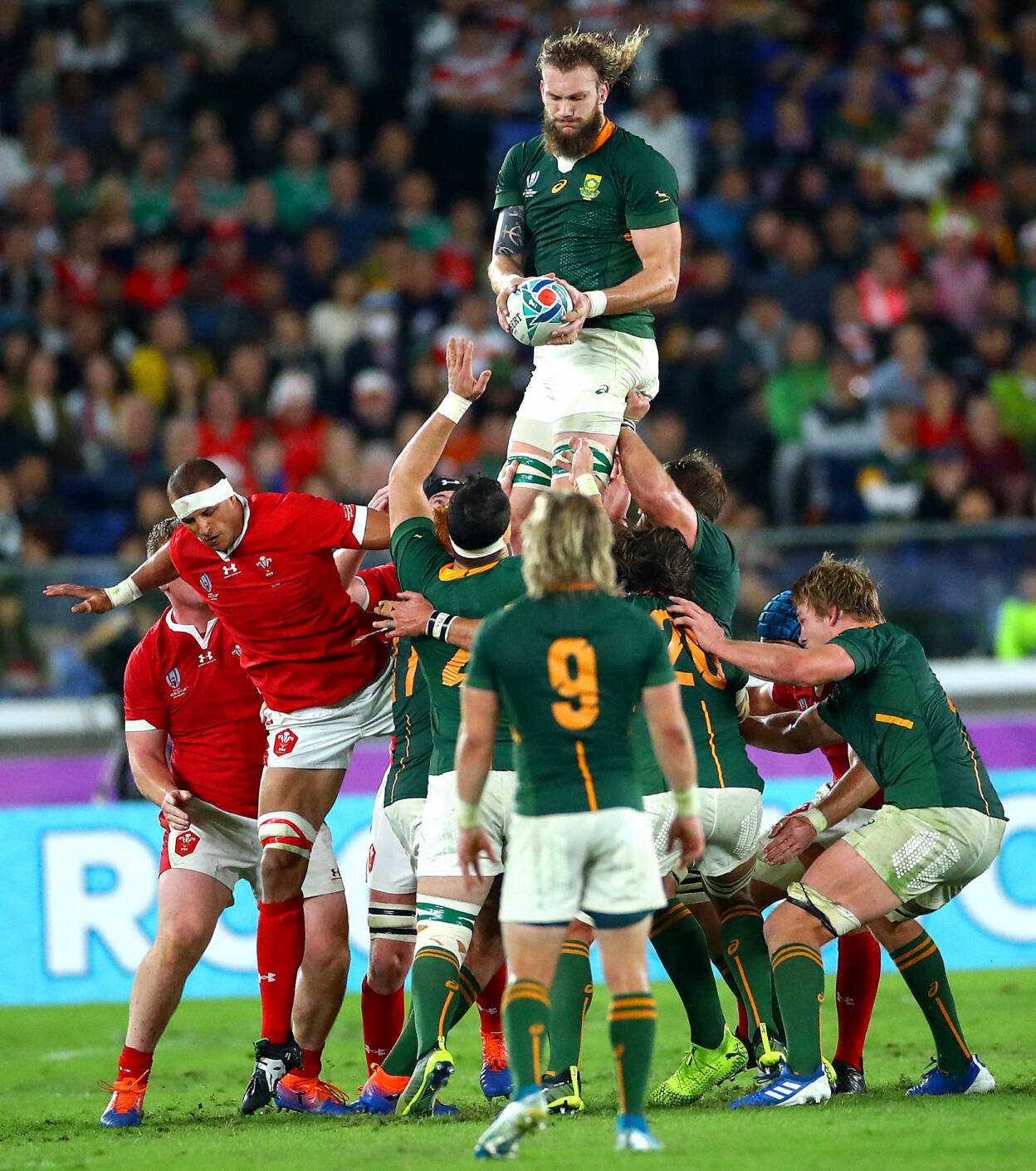 A product of the Bulls, the 25-year-old has made 23 appearances for South Africa and will make the move from Japanese club Honda Heat at the start of the new season.

Playing at full-back or on the wing, Gallagher has made 45 appearances for Saracens, scoring nine tries. A former Saracens Academy Player of the Year, the 23-year-old was part of the England Under-20s’ World Championship-winning side in 2016.

Hailing from London, Matt is Irish-qualified as his paternal grandfather and grandmother are from Derry and Limerick respectively. In December he lined out against the Munstermen in the Heineken Champions Cup third round encounter at Thomond Park.

Commenting on the new signings, Munster head coach Johann van Graan said: “From a business point of view I am really pleased that Munster Rugby has secured the calibre of these players. In terms of Damian and RG, it’s testament to the worldwide standing of the province that two World Cup-winning Springboks will arrive here next summer.

“On a personal level, I know them both very well and in addition to being world-class athletes they are great men. They will add value to everything we are striving to achieve at Munster, and I know our supporters will be eagerly looking forward to their arrival.

“Equally, getting Matt on board is fantastic for our back-line options. He is an exciting young talent that can play in a number of positions and is from a great rugby pedigree.”