While Lucy Mulhall remains cautiously practical about Ireland’s ambitions at the Sydney Sevens this weekend, a return to the Australian city is a timely reminder of just how competitive Stan McDowell‘s side can be on the HSBC Women’s World Sevens Series.

Just 12 months ago, Ireland Women achieved their best-ever finish at a World Series tournament when they reached the semi-finals in Sydney and nine players from that squad are back again this weekend hoping to kickstart their 2019/20 campaign at the Bankwest Stadium.

It hasn’t been an easy couple of months for McDowell’s charges as they’ve struggled to achieve consistency in their performances during the first four tournaments of the campaign, with back-to-back 11th place finishes in Cape Town and, most recently, Hamilton leaving them 10th overall in the World Series standings.

A final game victory over Brazil at the New Zealand Sevens last week at least ensured the campaign ended on a winning note for Ireland and after training in the soaring Sydney heat this week, Mulhall hopes her side can increase their levels of performance over the course of the weekend.

“We were up training beside the old stadium this week and it brought back memories for sure,” Mulhall told IrishRugby.ie. 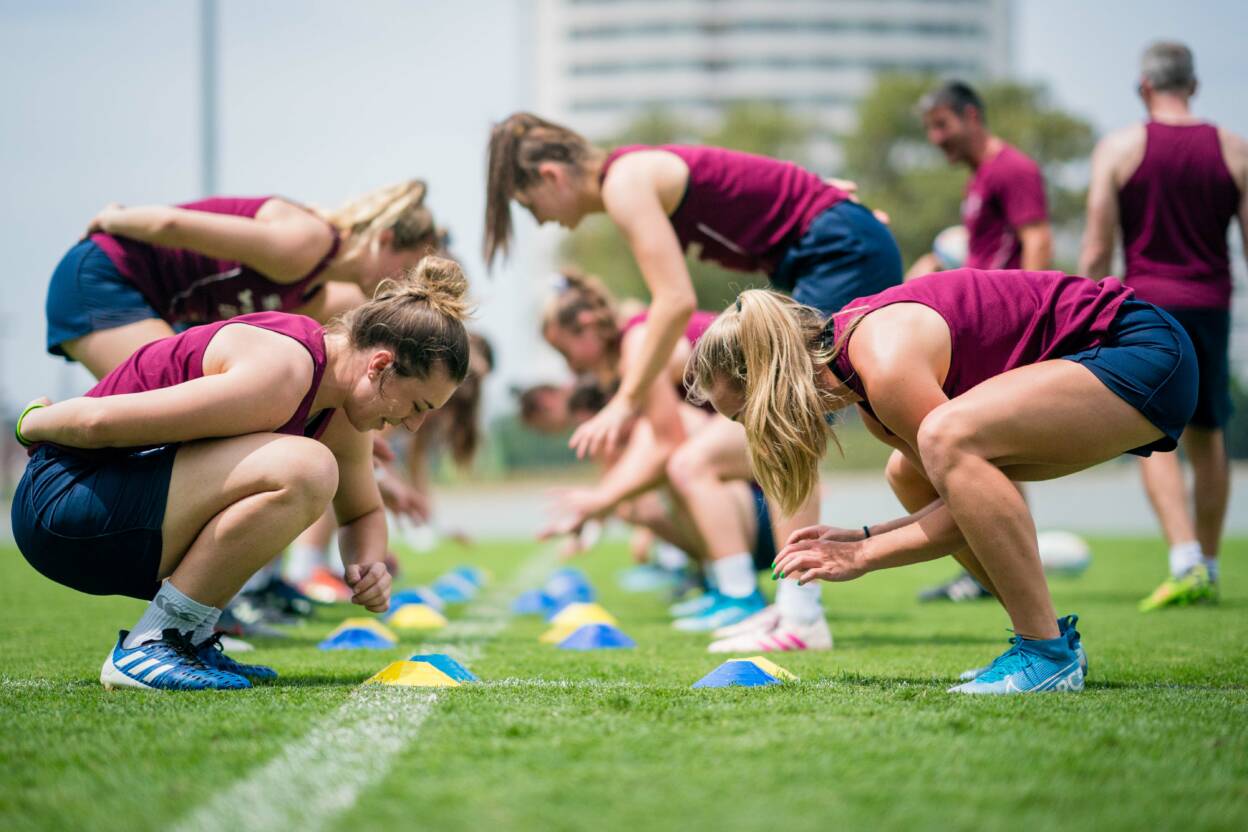 “It was one of my most memorable moments in an Irish jersey, reaching a semi-final here last year and it’s great to be back.”

While Mulhall and her team-mates would dearly love to repeat last year’s exploits, the Wicklow natives knows the tournament format – in which there are no quarter-finals and only four teams advance from the Pool stages – means they have to get off to a fast start against France.

“When you do a review you see all the opportunities we did create in Hamilton and we’re positive that if we can take those opportunities and be more clinical, we can turn around those results,” she added.

“Every time you go out and play you want to win and make a final. It helps that we’ve done it here before but we go in with the same mentality. The first game is the important one and then we take each game from there.

“You’ve always got to learn from what you did wrong but also focus on what you did right and do that more frequently. We’re looking to be more consistent this weekend and hopefully that’ll take us to where we want to go.”