Noted Sevens international Aoife Doyle makes her return to 15s international rugby after winning her first cap back in 2015. She forms an exciting back-three with Lauren Delany and 18-year-old flyer Beibhinn Parsons.

Sene Naoupu and Michelle Claffey form a familiar centre partnership, while the back-line will be led by Longford woman Ellen Murphy, who gets the nod at out-half, and her former Old Belvedere club-mate Kathryn Dane.

In the forwards, Linda Djougang, who made her Ireland debut against Scotland last year, joins Lindsay Peat and Cliodhna Moloney in the front row, while the tight five is completed by Aoife McDermott and Nichola Fryday.

Clare woman Edel McMahon steps up in the openside flanker role, taking the reins from Claire Molloy who is on a break from international rugby. She has captain Ciara Griffin and Anna Caplice for company in a well-balanced back row.

Dynamic number 8 Caplice was a try scorer and the player-of-the-match when Griggs’ side defeated Scotland 22-5 at Scotstoun last February.

For this weekend’s rematch, Munster duo Claire Keohane and Dorothy Wall are standing by to make their 15s international debuts, while ‘Belvo hooker Victoria Dabanovich-O’Mahony is another Six Nations newcomer on the bench. 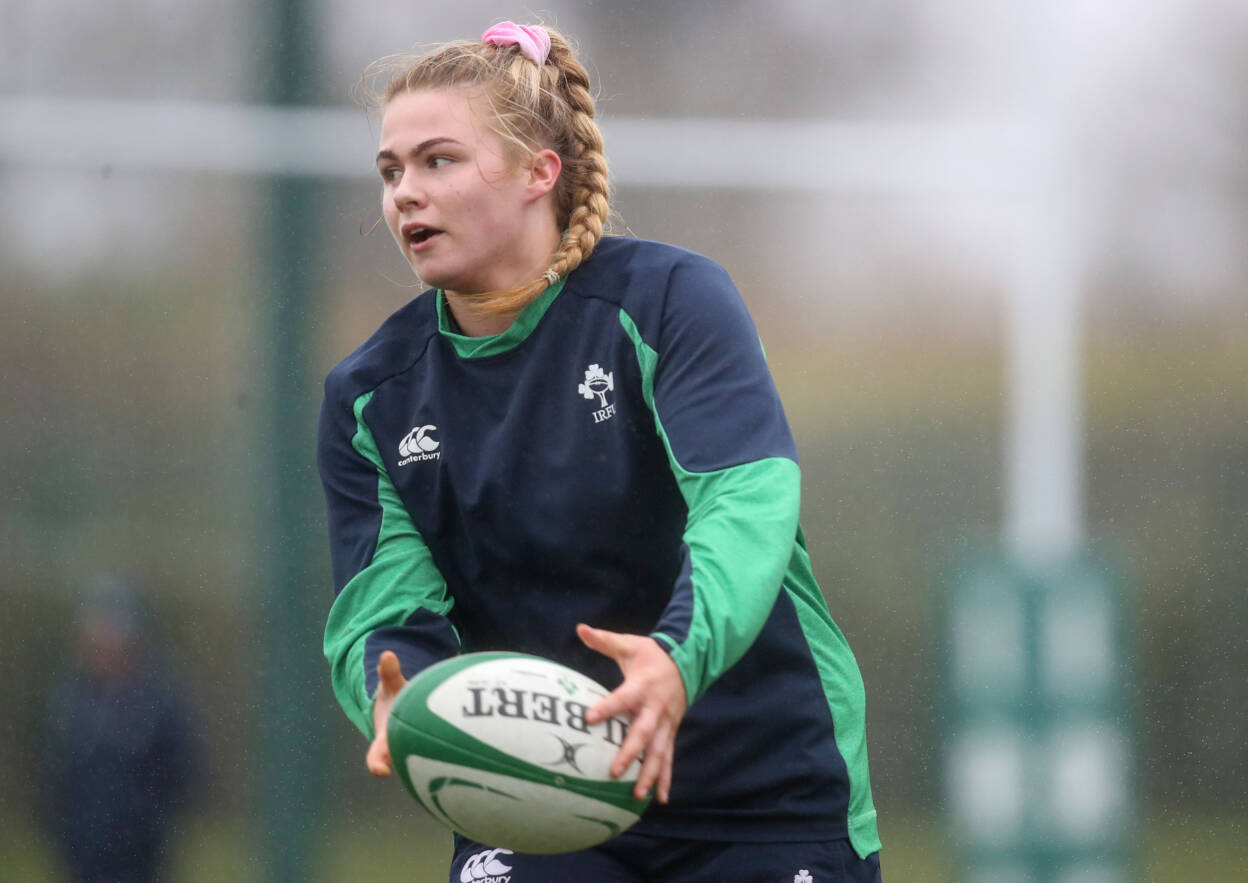 Speaking to Irish Rugby TV, Griggs said: “The preparation has been very good. We’ve got a lot of work done through January as a squad and, at this stage, everyone is excited to get the Six Nations started and show the progress we have made.

“We’ve made no secret that last season’s results were not good enough and having a home game first up is the best possible way to start and put in a performance for ourselves and our home crowd.

“We want to make sure that Energia Park is a hard place for travelling teams to come and play, so we must put our words into action and apply pressure from the very start.”

He added: “Unfortunately, we have picked up a couple of injuries. Enya Breen and Eimear Considine picked up knocks at last weekend’s camp and will be out of this game.

“However, having the likes of Aoife Doyle returning to the 15s side is testament to the depth that we have built in the squad and also gives other squad members an opportunity to go out and express themselves. We have full confidence that those players stepping up will produce a quality performance.

“Scotland, first up, is a huge game for us. We are well aware what they can bring, and simply, we need to be on our game and deliver our best performance yet to get the tournament off to a winning start and build confidence in what this group can do.”

Tickets for the Ireland Women’s Six Nations opener against Scotland are available on www.ticketmaster.ie and will be available on the gate on the day.