Ahern at the Ireland Under-20 squad announcement at Fota Island. ©INPHO/Ryan Byrne

Ireland Under-20 second row Thomas Ahern is relishing the prospect of running out in a green jersey at a venue that has already generated some memorable moments in rugby for him.

Ahern was at Irish Independent Park last year as a fan as Noel McNamara‘s Ireland dismantled England and France en route to a memorable Under-20 Six Nations Grand Slam, and he was then called up for last summer’s U20 World Championship in Argentina.

More recently, the Munster Academy man made his debut for the province at the Cork ground in a pre-season friendly against London Irish, meaning Ahern is looking forward to returning to Irish Independent Park for the Six Nations opener against Scotland on Friday, January 31 (kick-off 7.15pm and tickets are available here).

“The atmosphere was unbelievable [for his Munster debut], I remember Johann [van Graan] telling me earlier in the week that I’d be travelling and I might get a minute or two,” he recalls to IrishRugby.ie. “Obviously I was over the moon, told my family and they were at the game. Running out in front of a packed Irish Independent Park was unbelievable.

“I went to the games last year against England and France and I’d say the lads won’t mind me saying this but the crowd helped drive them over the line, the crowd and the atmosphere there. You’d notice it straight away ,it’s an electric atmosphere. Any scraps or loose ball or we got a turnover, it lifts the whole crowd and once the crowd is lifted, that lifts the players even more.”

The towering second row, who started his club rugby at Youghal RFC, knows if Ireland want the crowd to play their part in this year’s Championship games against Scotland, Wales and Italy in Cork, then they will have to give them reason to shout.

“They’re not going to cheer just for the sake of it so we have to give them something to cheer for,” he continues. “If we play our game and get our detail right and score that would get them fired up and that will feed into us as well.” 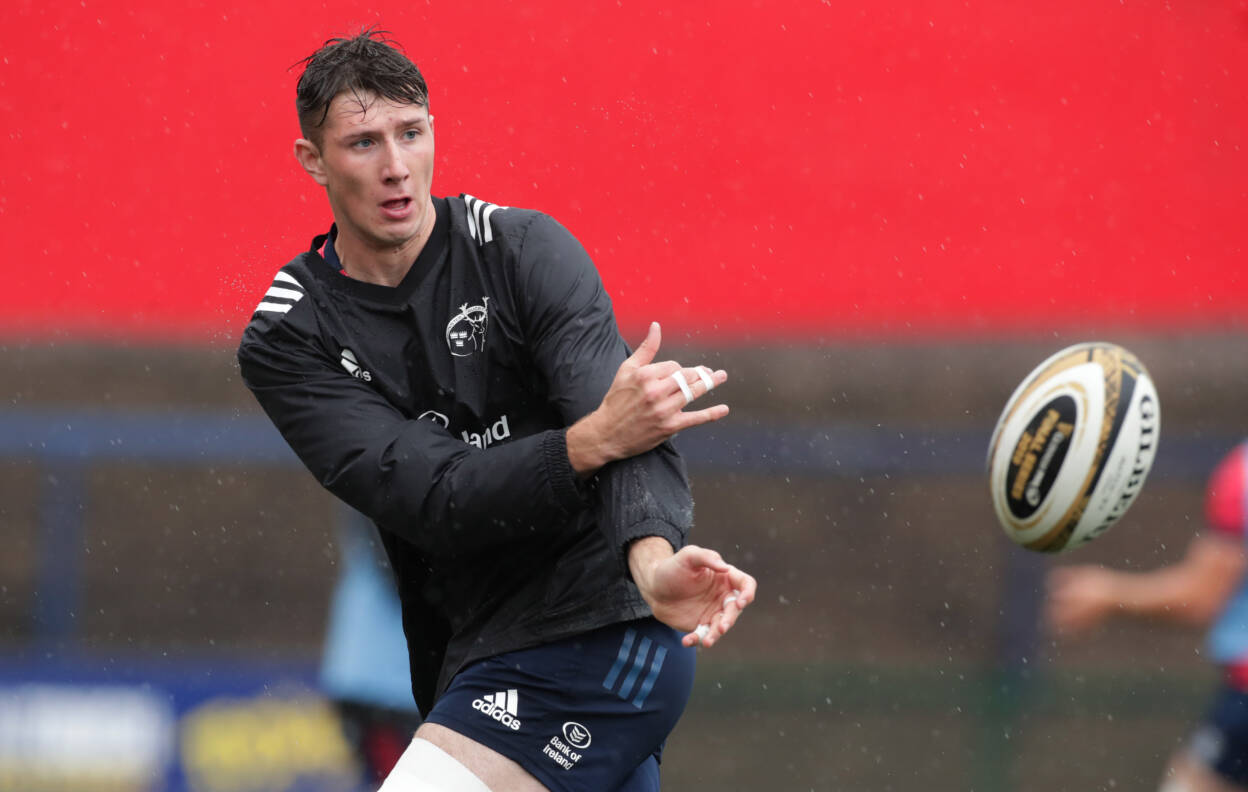 The 19-year-old, who took the road less travelled to get into McNamara’s final 37-man squad having coming through the club system via Waterpark and more recently Shannon in the Energia All-Ireland League, is following another Waterford man’s footsteps and Ahern admits Jack O’Donoghue has had a big influence on his own career.

“People think it’s just schools players get through but seeing Jack go up through the ranks gave me the bit of confidence that I could also be like him. We’ve met a few times and he’s one of the nicest lads I’ve ever met; always helping, always down to earth.

“The first time I met him he gave me his number straight away and he told me anytime I want anything give him a text or a call.”

As well as a key figure in Ireland’s lineout, Ahern is part of McNamara’s leadership group within squad alongside captain David McCann and vice-captain Thomas Clarkson among others.

“There’s six or seven of us in the leadership group,” the teenager explains.

We have a big squad here and the leadership group try to drive it and hopefully that trickles down to the rest of the boys. That’s what we want a team of leaders. We don’t want to be leaving it up to Dave and TC we want a group of captains.

Driving those standards was one of the key points in this week’s four-day camp in Fota Island Resort prior to the start of the Six Nations.

“It was very important because the last couple of camps have been one day or two days and we’ve been travelling up and down,” Ahern adds. “It was nice to be in Fota for four days for team bonding all the boys being together and also working on getting our detail right.

“It’s easier to play with your friends so you know if the guy beside you has your back it’s easier you’ll definitely have their back.”