Having swept past the challenge of Newcastle West and Grosvenor in the earlier rounds on home soil, the Ulster club faced a daunting eight-hour round trip to the County Cork village. This is what made their eventual 24-14 success all the more satisfying for Kirk and his charges.

“Certainly anywhere down in the Munster territory is always a difficult place to travel,” he said ahead of the decider at Coolmine RFC this weekend. “I think for a large amount of the players, it was new for them to go down that far and play an away match.

“There was probably a wee bit of nerves going down into that and probably an understanding of what we were going down to as well. Obviously Crosshaven are a strong team and they had two very good results against two sides from Ulster as well.

“The experience itself, going down for the two nights and obviously the semi-final occasion itself, the boys were really excited about. The home games are nice, but to win away it probably gives you more of a boost in confidence for progressing into the final.”

Crosshaven were the second Munster outfit that Dromore accounted for en route to this weekend’s showpiece game, following that aforementioned win at the expense of Limerick’s Newcastle West. 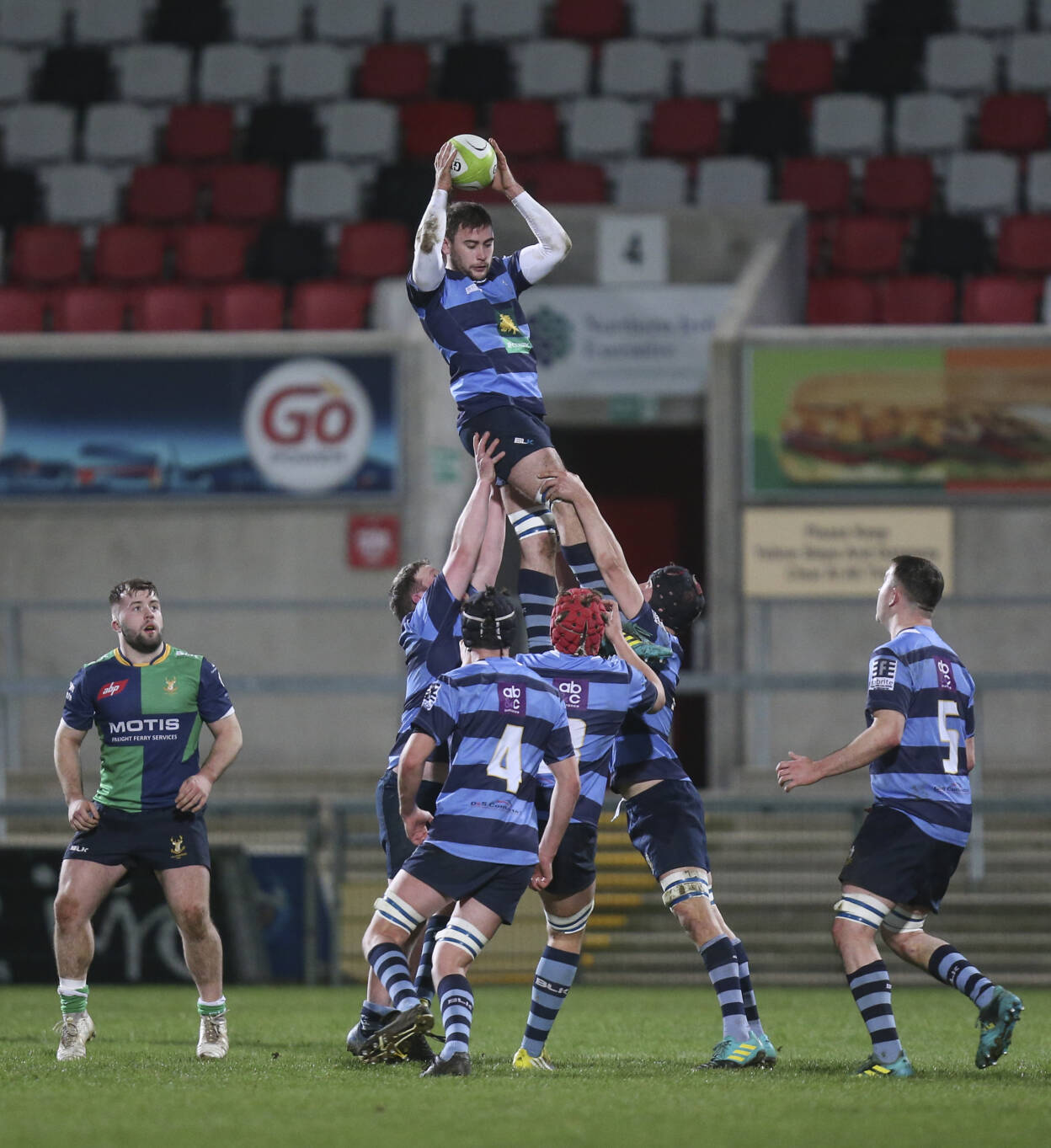 This gives Kirk a sense of what to expect at the west Dublin venue on Saturday (kick-off 2.30pm), although he readily acknowledges the presence of player-coach Willie Staunton in a key play-making role makes Kilfeacle an even tougher proposition.

“It is difficult because we probably don’t know loads about them. Like any Munster side, we would expect them to be tough up front and be physical up front. Probably well-organised there in terms of set piece. In terms of a direct play up front, we probably expect that.

“We know one of the big influences around the team is their 10 (Staunton). We expect him to try and control the game. He has an effective kicking game too. We’ll do a wee bit of preparation in terms of that and we might expect him to sit in the back-field defensively. Just to direct it a bit more.

“Potentially if a loose ball was kicked, he’d probably look to capitalise on that. We know where they’re dangerous and that’s probably all we’ll read into it. Instead of getting too bogged down with Kilfeacle, we’ll probably try to focus more on us. Being aware of the threat they can pose up front.”

Like his opposite number, Kirk is in his first full season as Dromore head coach. This came after a two-year stint as an assistant to Jonny Cullen, his old playing compatriot at All-Ireland League club Ballynahinch.

Following his early retirement through injury, Kirk returned to the club he had previously called home. He continued: “Just a slight change this year, moving up to head coach. It has been challenging, but it has been really enjoyable so far.

“The group of players are really receptive and they’re invested in the club. There’s a real good buy-in from the boys. I had finished playing a little bit earlier through injury, but for me I played for Dromore before moving to Ballynahinch.

“Two seasons ago, whenever there was an opening for an assistant coach, it was just something that I wanted to really get involved in.

“That sense of community and the fact that we are local players was something that really excited me. That probably drove me to get involved in the first place. I was quite lucky in that way, that the boys were happy enough to have me in.”

Indeed, Kirk feels this sense of identity has been the driving force behind their journey to the All-Ireland final as well as their ascent to the summit of the Kukri Ulster Rugby Championship’s top flight – they are joint-top with Ballyclare after 13 rounds.

“That’s a big thing for us. We talked about this a couple of seasons ago, how a lot of the playing group were either local guys or sort of invested in the club. That feeling of identity, it’s a real strength for us,” he noted.

“Something that we do refer to, we talk about a Dromore man often. What that means and what it means to be from Dromore and play for Dromore.

“How for a lot of the players, the club is more than just rugby. I think that can be one of the strengths of the club itself, that the playing group is largely from Dromore. Local guys around the area. We certainly look to try and keep that, and use that to our advantage when we can.” 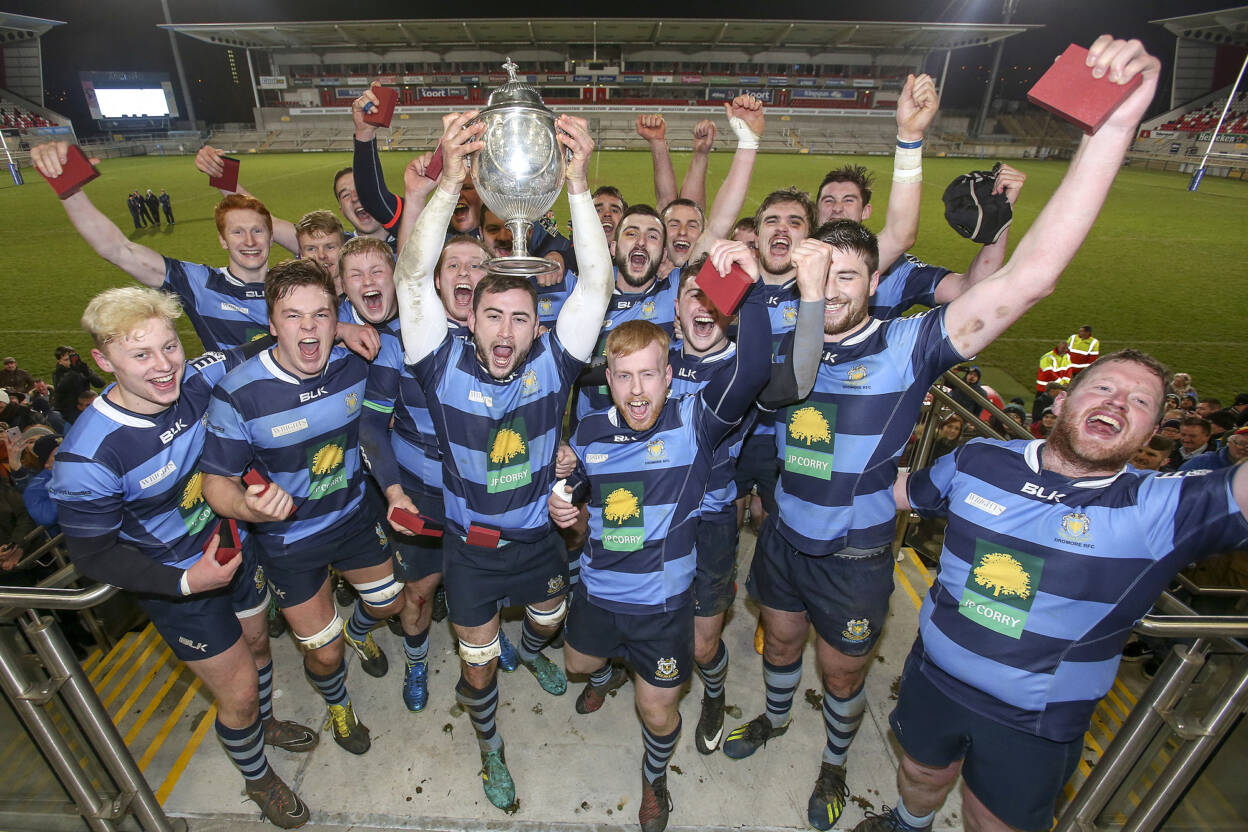 Courtesy of a rotation policy for their most recent competitive fixtures, Kirk has just a couple of niggles to contend with in advance of Saturday’s clash. A win would cap a memorable twelve months for the Co. Down men, who began 2019 by securing the Millar McCall Wylie Junior Cup for the first time since 1939.

Despite knocking a provincial crown off their bucket list, a national success would represent an even greater landmark for this talented Dromore group.

“We achieved some success provincially last year. There was a lot of talk in terms of that was the first success the club had experienced in 80 years. That was huge for the boys and now going into a national, I think the boys now understand the impact the success gave us for the local club.

“Especially for the community and the people around them. Understanding what it actually means to achieve success. For our home club, that was really special.

“To have the opportunity to do that on a national stage is really powerful and the boys now, they don’t have just a desire for it but they crave more success. Because for us the place is more than just where we play rugby.

“To achieve success, to put us on the map nationally, would be massive for us. The boys really crave that feeling of success for their home club. Hopefully Saturday is an opportunity for us to do that.

“They’re an ambitious playing group. They’re capable of it and there’s belief there as well. They certainly understand what it could mean on Saturday afternoon,” added Kirk.