Buoyed by their magnificent semi-final triumph over Ashbourne, Kilfeacle & District will be aiming to go a step further when they face Dromore in the Energia All-Ireland Junior Cup final at Coolmine RFC this Saturday (kick-off 2.30pm).

When highly-fancied Ashbourne made the journey to Morrissey Park on December 14, they were seeking to keep their hopes of a fourth consecutive national crown alive for another day.

The north Meath outfit had previously defeated Kilfeacle in the 2018 decider at Portlaoise but the tables were turned on this occasion, as they suffered a 27-22 reversal at the hands of the Tipperary side.

Kilfeacle player-coach Willie Staunton acknowledges his side made a ‘big statement’ in knocking out the champions and is hopeful they can carry this momentum into this weekend’s showpiece game.

“They got us in the final two years ago and deservedly so, but I think the fact that we got over that in the semi-final hopefully will stand to us and that we can go one better now against what’s known as an excellent Dromore side. (We’re) looking forward to it,” admitted Staunton.

“The All-Ireland Cup is something that we looked at, at the start of the season. Some big games with Wicklow, Kilkenny and Ashbourne. The lads have been there two years ago in the final. They’re mad to get back at it again and get one more shot at it.” 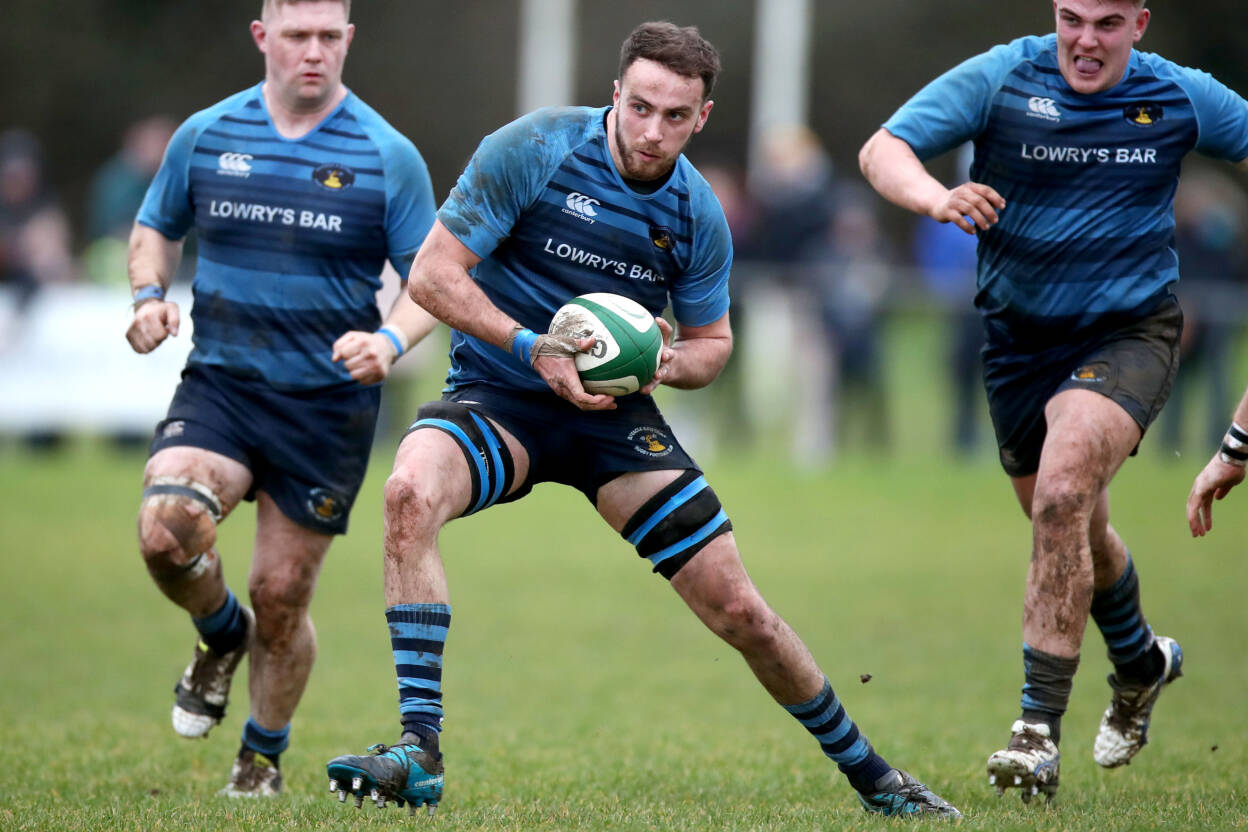 Not only is this Staunton’s debut season in charge of Kilfeacle, it also represents his first foray into the world of coaching. Having featured prominently for a number of All-Ireland League clubs over the past 15 years – including Young Munster, Terenure College and Old Belvedere – the Galbally man had designs on taking an extended break from rugby.

That was until he was offered a dual role at Kilfeacle, and given his close family ties to the Munster club, it was one he simply could not refuse.

“(I) took over there in July with an early pre-season. It has been a good start, but I’m surrounded by some really good guys in Ted O’Connor and PJ McLoughlin. There’s a lot of leaders in the team as well.

“Bryan McLoughlin, he’s a young captain but an excellent player, and there’s a few older heads there who are always willing to help out. Making my job a lot easier. It’s nice to go back and help out where I can, and play a year with lads I would know as well.”

Additionally, the presence of so many local players within the first team squad showed Staunton that the raw material were there for another shot at securing a breakthrough All-Ireland title.

“I’m only 32, but I wanted to retire and relax. I’m playing AIL since 2005, but it was a big selling point. All the lads are within 10 or 15 kilometres of the club. They’ve all played underage up along.

“I’m the only blow-in you could say, even though my family are steeped in Kilfeacle. All the lads started from underage and we’ve good young lads coming up through the underage as well.

“That’s a great platform for everyone in Kilfeacle to see the senior team are doing well, keep bringing through three or four Under-18s every single year, and it has proved dividends this year with lads coming through.”

After facing three Leinster teams en route to Saturday’s final, Kilfeacle now face Ulster opposition in the form of Antrim’s Dromore. While this will be the first competitive encounter between the clubs, results alone suggest that Jamie Kirk’s men are a formidable proposition for any of their would-be challengers.

Staunton explained: “They’re top of the table (in the Ulster League), joint with Ballyclare. They lost last week against Ballyclare, but I guess that will give them a wake-up. We had something similar before Christmas with Bandon. It was an eye-opener and we got back on the horse. I know it’s a bad thing losing, but in the long-run it’ll be a good thing.

“Some of the feedback says they’re an excellent side. They put 38 points on Newcastle West and to go down to Crosshaven and win, I think it’s a testament to their own strength. They look like a very organised side.” 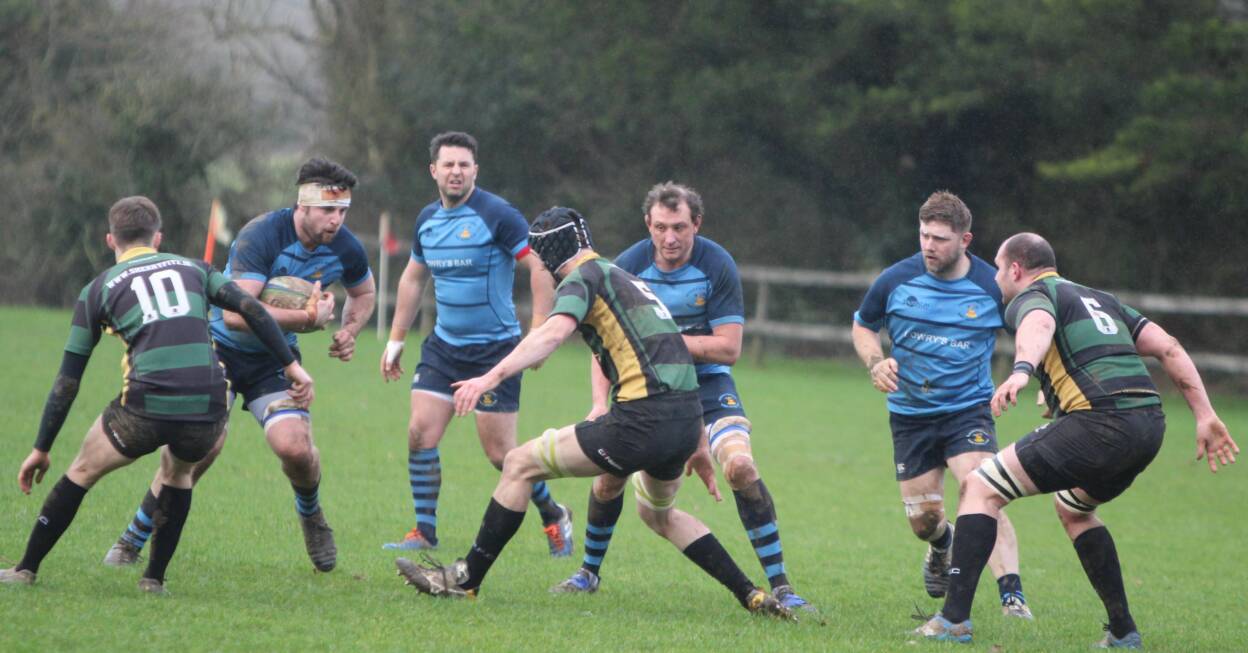 As well as having to worry about the threat their northern rivals could pose, Staunton’s hand is slightly forced for the trip to the capital. Conor O’Sullivan and Shane Luby are long-term absentees with cruciate ligament injuries, while Michael Slattery suffered a broken ankle in recent weeks.

Cormac O’Donoghue was subsequently drafted in as cover for Slattery, before being withdrawn in their recent league victory over Galbally. Yet despite these setbacks, Kilfeacle have remained at the summit of Munster Junior League Division 1 with nine straight victories thus far in their 2019/20 campaign.

For now, their minds are focused on breaking new ground at the west Dublin venue in the coming days. Should they get over the line this weekend – and banish the heartbreak of their 2018 reversal as a result – it will be greeted with delight by young and old in Kilfeacle.

“We won the Munster Challenge Cup two or three years ago, I think my brother (John) was in charge. Before that, it was a pretty dry spell. We’ve been competing a lot every single year, but to get a trophy would mean an awful lot.

“Even to the current bunch of players, they’ve been with each other a while and they’ll also give the hunger and the thirst for young fellas coming through as well.

“Even the older heads in the committee, the Kilfeacle stalwarts that are there, it would mean an awful lot on a national level to win a trophy. The more you look back on it, you always count the trophies you’ve won. For the lads, I know they’re well up for it and mad to get a medal on a national level.”

After using Morrissey Park as a fortress for their earlier successes against Wicklow, Kilkenny and Ashbourne, Kilfeacle will find themselves on neutral territory in Coolmine. Although Staunton agrees this could present a mental obstacle, the Limerick native is confident in the abilities of his charges.

“It could bring its own challenge in a way, but our away form this year has been pretty good. In the Munster League, Newcastle West and Mallow were both away games. They were second and third against us. We had good wins down there. I don’t think it fazes our lads at all.

“With the away form, it’s just another challenge. Another game of 80 minutes. If we stick to our game, stick to our guns, we don’t mind where we go. It’s something that has been on our minds since we beat Ashbourne and it has kept us in shape all over Christmas with training,” he added.