Injuries may have opened the door for him sooner than anyone could have imagined, but in seizing his big opportunity with both hands, Ulster’s Ethan McIlroy hopes an unexpected senior debut has boosted his bid to make the Ireland Under-20 Six Nations squad.

The 19-year-old was thrown in at the deep end during the northern province’s Guinness PRO14 inter-provincial defeat to Leinster over Christmas, coming on in just the 23rd minute for Rob Lyttle at the RDS, but McIlroy more than showed his promise in the backfield.

Playing opposite the vastly experienced Rob Kearney, the teenager produced glimpses of exciting pace and footwork and grew in stature as the contest progressed, notably setting up Ulster’s fourth try of the night after exuding confidence under a towering high ball.

Although the result did not go Ulster’s way, it was an impressive debut performance by McIlroy, who is now looking to make a big impression for Noel McNamara‘s Ireland Under-20s during the upcoming Championship.

“I wasn’t expecting to be on that early or get too much game time at all,” McIlroy tells IrishRugby.ie.

“I got on after about 20 minutes and I just tried to build into the game and get my hands on the ball as much as I could. It was a bit of a shaky start but I thought I finished alright and it has given me a bit of confidence.

“I’ve got confidence in myself now to just play and hopefully I can bring that into the Under-20s this year if I get selected by Noel and the coaches.”

McIlroy started on the wing for Ireland Under-20s in their six-try defeat of Munster Development over Christmas in a back three alongside Connacht’s Oran McNulty and winger Andrew Smith, who crossed for a hat-trick at Irish Independent Park. 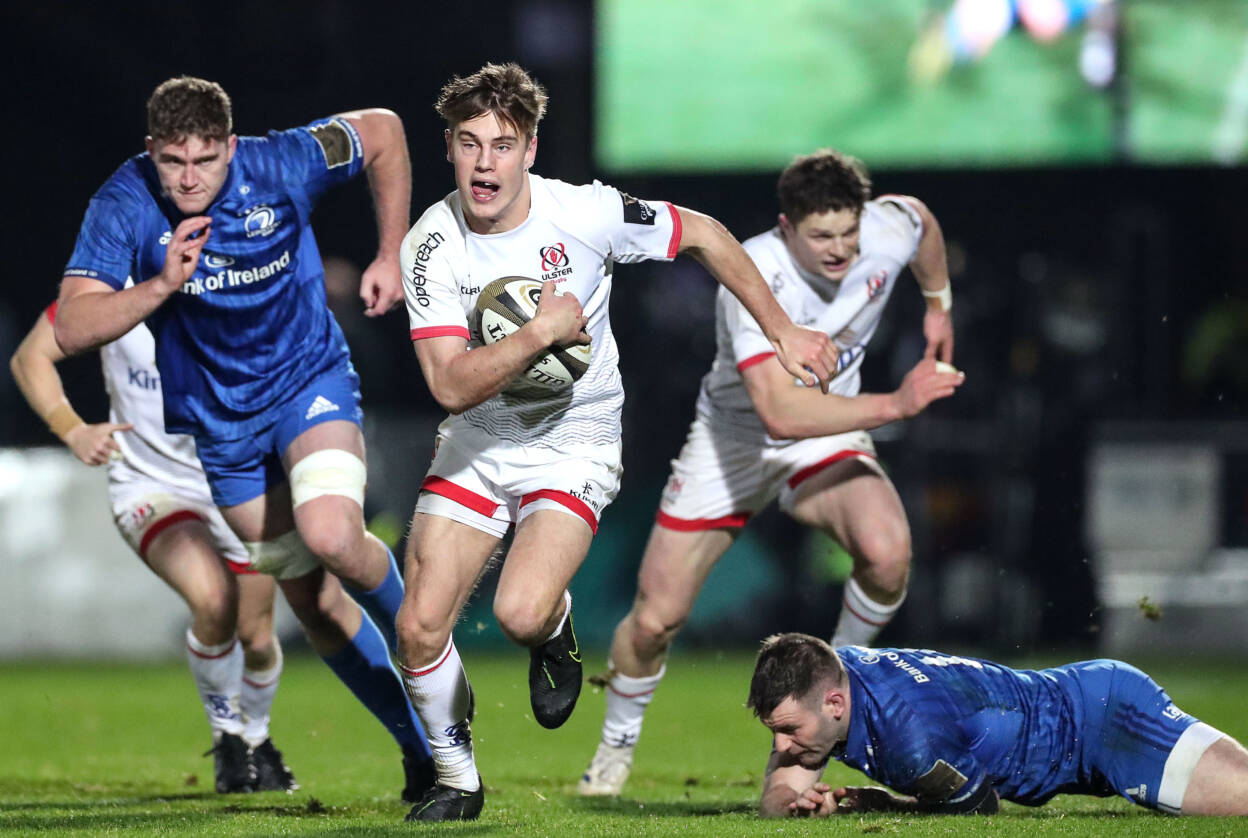 With competition for places high across the whole extended squad, McIlroy knows he’ll have to be on top form to earn his place in McNamara’s starting XV for the Six Nations opener against Scotland on Friday, January 31 at the Cork venue (kick-off 7.15pm and tickets available to buy here).

“I’m really looking forward to it and everyone is doing good work in here,” he continued. “We have a lot of players pushing for places but particularly in the back three, so any one of us could be playing.

“It was good to play with Oran and Andrew but I have to work hard now in the coming weeks to earn selection again.”

McNamara and his assistant coaches, Kieran Campbell and Colm Tucker, will finalise their Championship squad this week ahead of the four-day camp in Fota Island from next Monday, as preparations for the Six Nations step up a gear.

“We believe we can go far,” McIlroy says of Ireland’s ambitions. “Obviously we want to win every game but I think it’s important to go game-by-game and focus on Scotland for now. It’s going to be a huge game and I know we all can’t wait to get out there.”