The Ireland Men’s Sevens team recorded a 12th place finish at the Dubai Sevens in what was their first HSBC World Rugby Sevens Series event as a core side on the circuit.

After beating Scotland in dramatic fashion in their final pool game on Saturday, Anthony Eddy’s men went in search of a second tournament victory in the 11th-12th place play-off, but went down 19-15 to European rivals Spain at The Sevens Stadium.

Although Jordan Conroy scored his seventh try of the tournament to give Ireland hope of staging a late fight-back, there was to be no repeat of his match-winning heroics from Friday night as the Spaniards hung on in nail-biting fashion.

It was still a weekend to remember for Tullamore man Conroy who finished as the Dubai leg’s top try scorer and was picked on the HSBC Dream Team. He was also second on the DHL Impact Player list behind South Africa’s Rosko Specman. 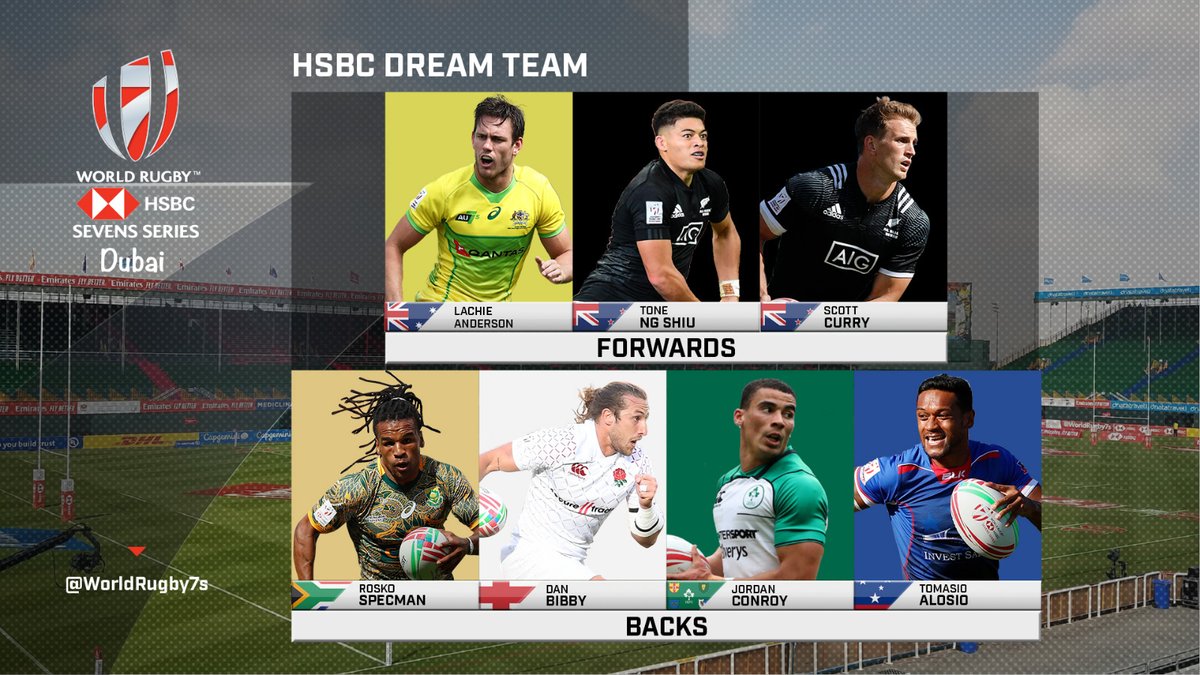 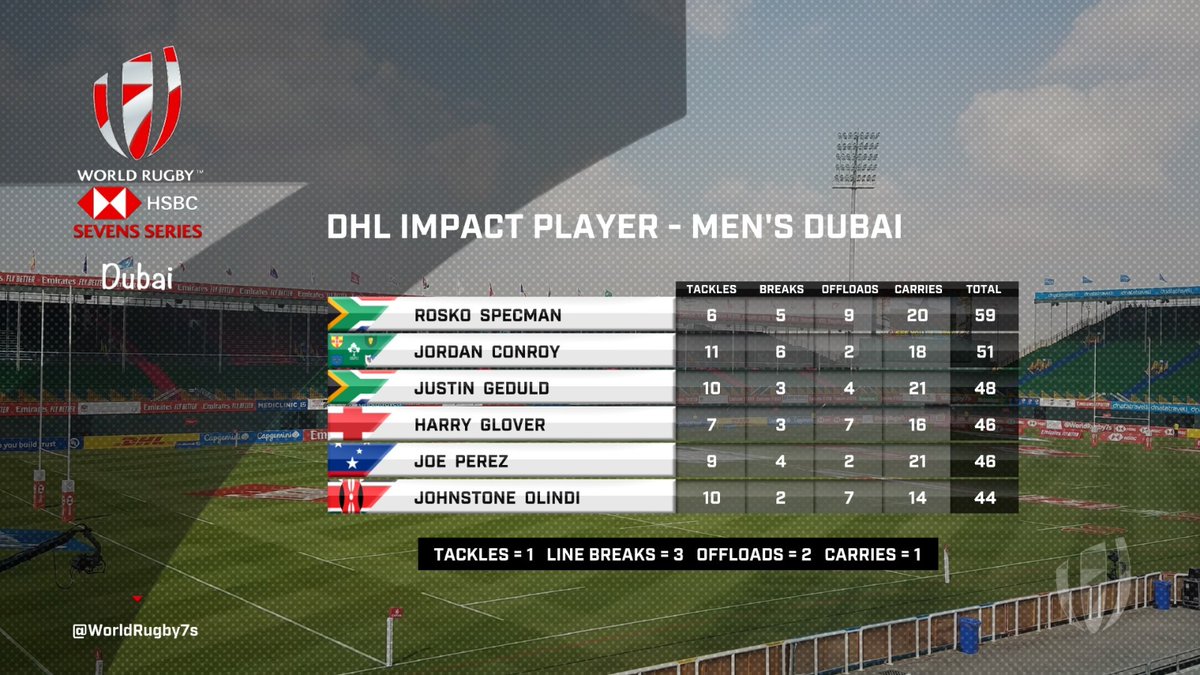 Ireland were well connected in defence early on, gradually picking up more possession. The breakthrough for Spain came in the fifth minute when referee Richard Haughton ruled that an Irish penalty advantage had played out – he said Greg O’Shea had ‘a one-on-one’ from his kick chase – and a clever counter led to Manuel Sainz-Trapaga scoring.

The same player made it 12-0, getting over in the left corner after a turnover penalty. However, Ireland had enough time to strike back before half-time, Terry Kennedy, Conroy and Aaron O’Sullivan were all prominent in attack before replacement Hugo Lennox was released to scamper in behind the posts.

Captain Billy Dardis’ conversion made it a five-point game, and Ireland were the more threatening side early in the second period with a sniping Lennox and Adam Leavy, who collected a Dardis cross-field kick, leading their charge into the Spanish 22.

After O’Sullivan was tackled into touch just a few metres out, Spain built from deep for their third try, a couple of slick offloads advancing them down the right wing and Sainz-Trapaga’s bouncing pass sat up for replacement Juan Ramos to go over untouched. Pablo Fontes converted to open up a 19-7 lead.

Ireland stayed in the hunt as an overthrown Spanish lineout was punished by a fine breakaway score from the possession-starved Conroy. Dardis’ conversion whittled Spain’s lead down to five points again, and a last-gasp penalty offered the men in green the chance to push for a comeback win.

Yet, it was an ultimately frustrating finish for Eddy’s charges as Dardis’ well-weighted kick through, which bounced up on the edge of the Spanish 22, was knocked on by the onrushing Conroy with the try-line in his sights. It was well past the final hooter and a relieved Spain could celebrate. 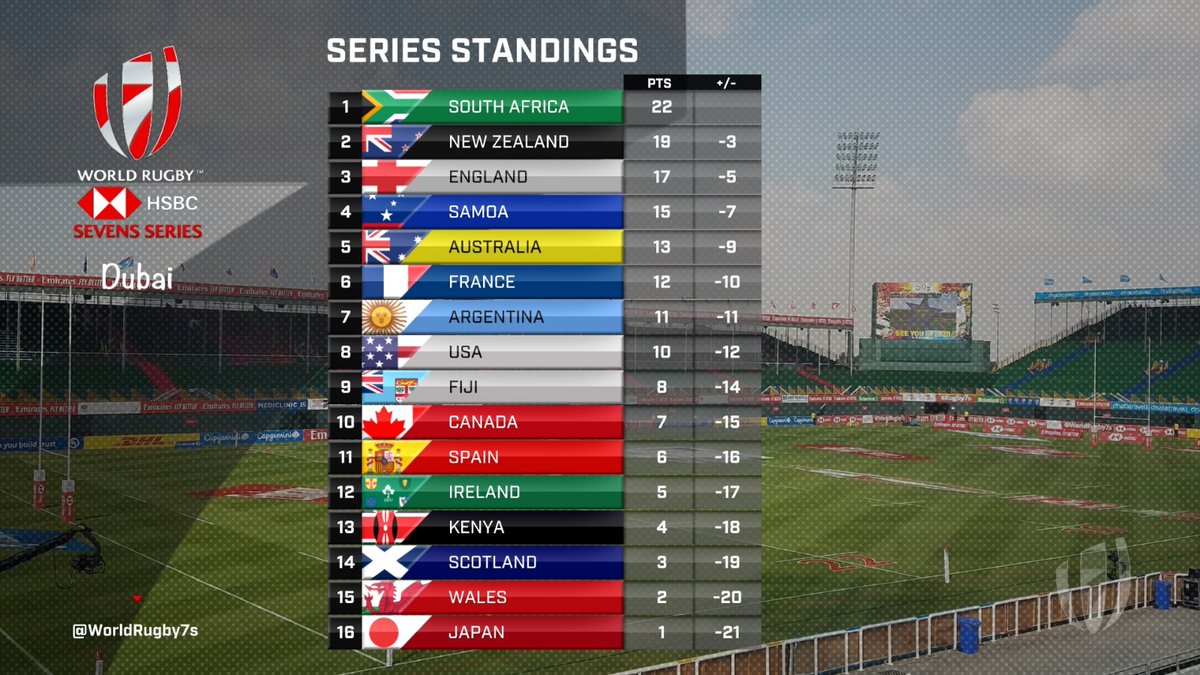 You can keep up with Ireland’s progress using the hashtag #IreM7s and on the Irish Rugby social media channels. They move on to the second leg in Cape Town next week. The 2020 Ireland Sevens jersey is now available to buy online from Elverys Intersport, official sports retailer of the IRFU.