The final scoreline meant this was not the HSBC World Rugby Sevens Series debut appearance Ireland had dreamt of, but in scoring two late tries during a spirited fightback, Anthony Eddy’s side pushed the USA, last year’s series runners-up, all the way in Dubai.

Three USA tries either side of half-time ultimately decided this Pool B contest as Ireland suffered a narrow 24-19 defeat on the opening night, but the way in which they rebounded augurs well for the rest of the tournament, starting with Friday morning’s showdown with Australia (kick-off 11.58am local time/7.58am Irish time).

Hugo Lennox took advantage of an almost immediate counter-ruck to snipe down the blindside, passing inside for Harry McNulty to cause further damage to the USA defence, but when the ball was switched wide to the right wing, Terry Kennedy knocked on a possible scoring pass from Jordan Conroy.

The US, who had been ranked number one for most of last season, showed how clinical they can be from their first break. Kevon Williams and Maceo Brown spearheaded a pacy attack downfield, and quick ball was transferred to the right where Carlin Isles got on the outside of Foster Horan and darted over for a second-minute try. 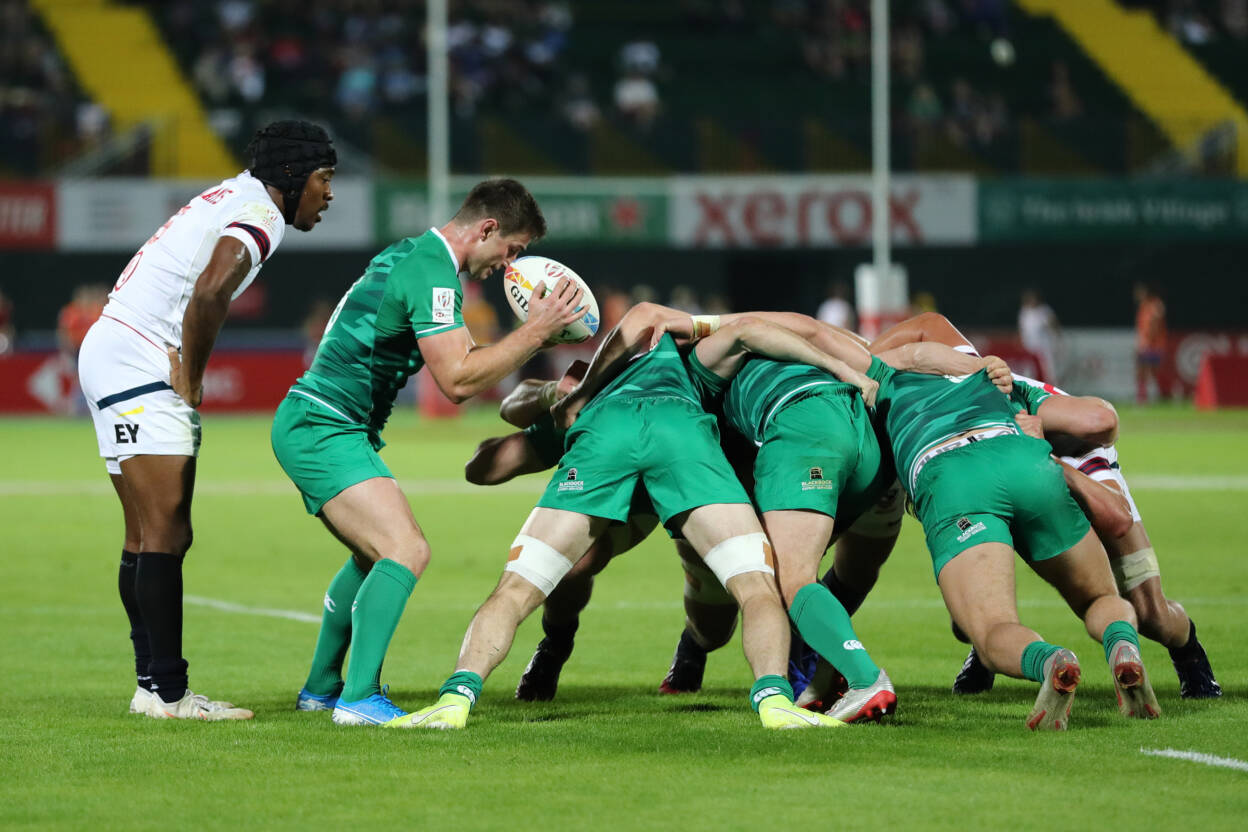 Ireland edged ahead in the fifth minute, Conroy’s strong tackle on Isles leading to turnover ball and it was shifted out to the opposite right wing where a neat switch saw Horan release tall youngster Aaron O’Sullivan for a very well-taken debut try, which Billy Dardis converted for 7-5.

However, Joe Schroeder sliced through the centre to send the supporting Danny Barrett in under the posts, giving the US a five-point interval lead. That was almost cancelled out early on the resumption, but Kennedy’s close-in pass to send Conroy over was adjudged to be forward.

It was a vital moment in the game as the Americans soon broke from deep, Brown teeing up fleet-footed replacement Perry Baker to evade Kennedy’s tackle and score from his own 22. Madison Hughes converted and it was then Barrett who reacted quickest to tap a penalty and crash over, suddenly leaving Ireland 24-7 behind.

Those concessions drew out some of Ireland’s best attacking play during the final minutes, Jack Kelly slipping out of tackle and sucking in two more defenders before releasing fellow replacement Greg O’Shea. Baker brought him down five metres out but the Limerick man got his hands free to put the ever-willing Kennedy in behind the posts.

Mark Roche added the extras and the deficit was just five points in the end, with Adam Leavy and Roche both prominent as Ireland’s long passing and direct running opened up the American defence. Armed with a penalty advantage, the ball was worked wide to the left where Kelly stepped in off the wing and finished past two covering defenders. 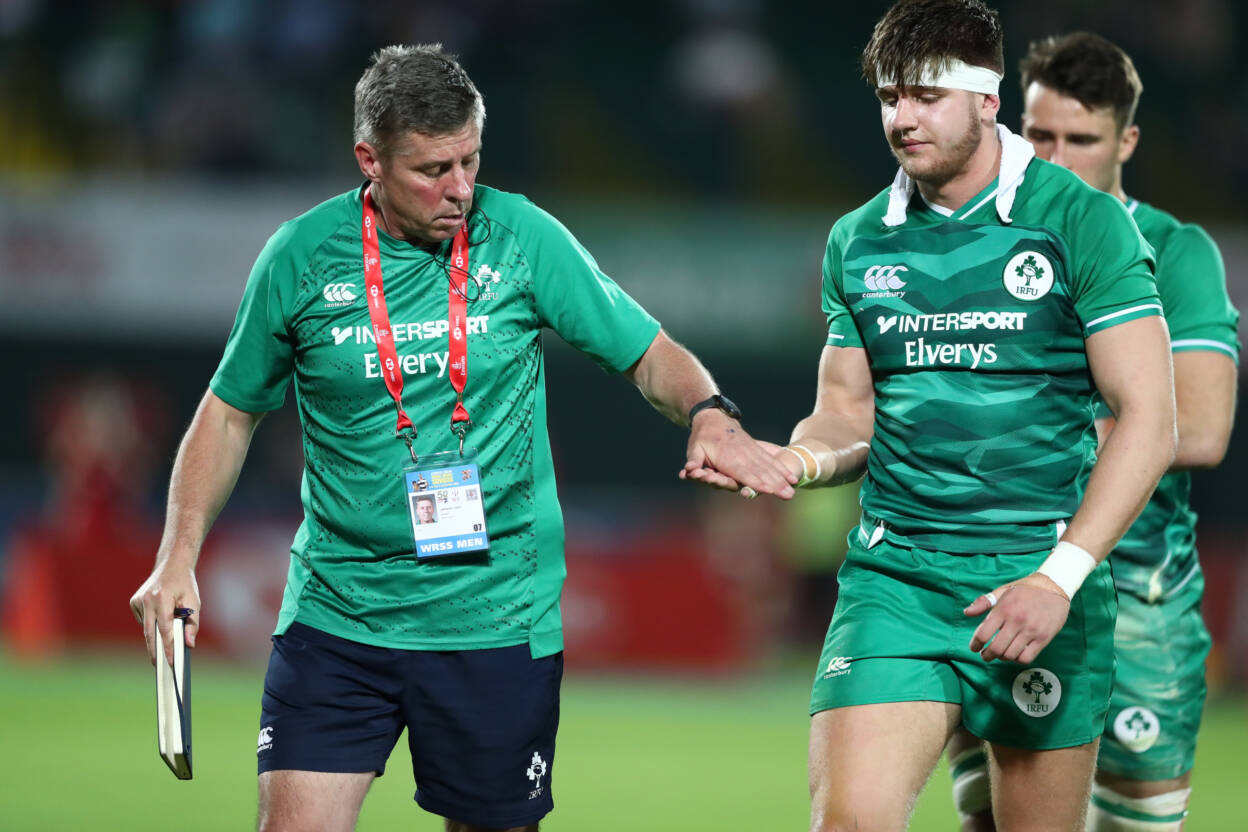 Defeat will sting, particularly because that six-minute period following O’Sullivan’s try cost them dearly, but the late salvo provided Eddy’s squad with reassurance that there is still much to play for at this tournament.

This weekend’s World Sevens Series action is being shown live on Sky Sports Arena, with streaming in some countries via the World Rugby website. You can keep up with Ireland’s progress in Dubai using the hashtag #IreM7s and on the Irish Rugby social media channels throughout the week.

The 2020 Ireland Sevens jersey is now available to buy online from Elverys Intersport, official sports retailer of the IRFU.