There was bitter disappointment at the death, but no shortage of positives to take into the rest of the tournament, as the Ireland Women were denied an opening win over Spain at the HSBC World Rugby Women’s Sevens Series leg in Dubai.

Stan McDowell’s side started brilliantly at The Sevens Stadium as they raced into a two-try lead thanks to first half scores from co-captain Amee-Leigh Murphy Crowe and Kathy Baker, but the resilient Spanish outfit snatched a 12-10 victory just before the final hooter.

It was a promising performance from Ireland in the desert heat as they seized control of the Pool B contest and their defence was standing firm in the closing stages, before replacement Maria Garcia broke Irish hearts with that last-minute converted try. 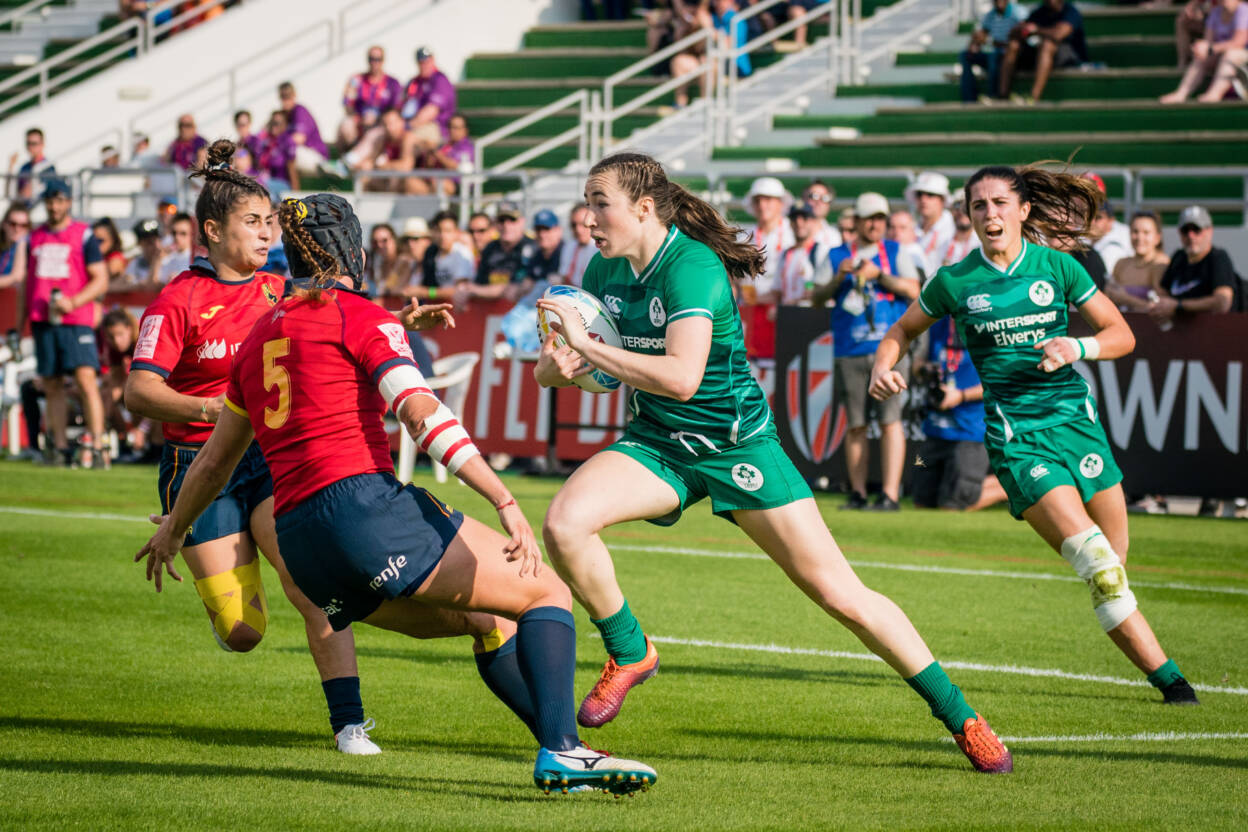 Hitting the ground running in the tournament opener, Hannah Tyrrell’s tap-back of the kick-off into Irish hands and Baker’s pacy break down the right wing offered plenty of early encouragement for the girls in green.

With just under two minutes gone and Spain guilty of a missed midfield tackle, Eve Higgins and Tyrrell combined to send Murphy Crowe over in the right corner from the edge of the Spanish 22. Higgins’ conversion attempt dropped short.

Murphy Crowe was called upon in defence to deny the fast-breaking Iera Echebarria, and from the resulting scrum it was Tyrrell who broke brilliantly from deep. Higgins sniped from the ensuing ruck and Baker did likewise a few metres out, catching the Spanish cover out with a clever dummy and neat fourth-minute finish. 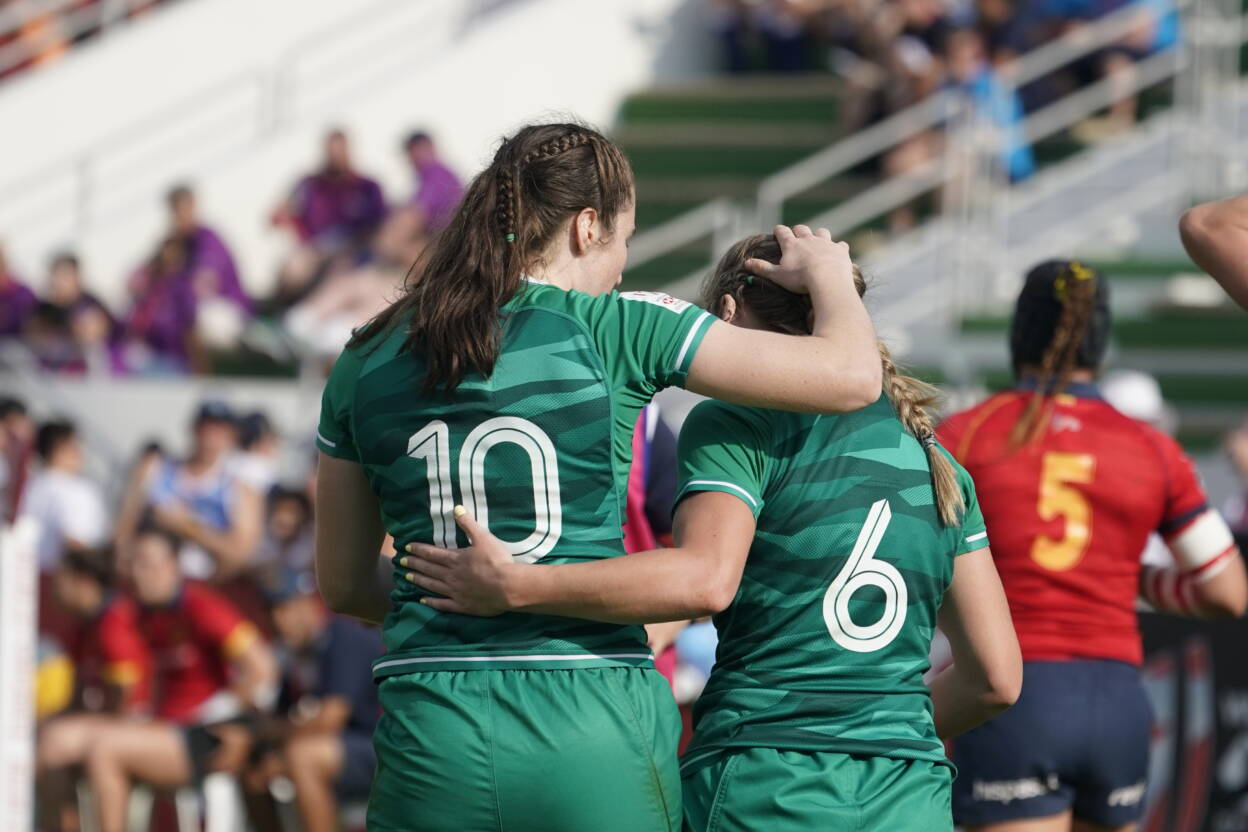 Now 10 points behind, a late raid down the right flank saw Spain rewarded with a timely try as Echebarria got her offload away for captain Patricia Garcia to claw back five points, halving Ireland’s before the half-time hooter.

Tyrrell and Baker were prominent again as McDowell’s charges countered early in the second half, while Murphy Crowe popped up in midfield to nip in between two defenders and keep her team on the front foot and probing for openings.

Crucially, Ireland lost the momentum despite a couple of subsequent penalties in Spanish territory. As Spain flooded forward in the final minute, Maria Garcia spotted her opportunity to break from a ruck and outpace Brittany Hogan for the line. The vital conversion was swung over by the Spanish skipper.

Despite the result, there was plenty of encouraging signs for the Ireland Women who are aiming to rebound strongly in their next Pool B outing against Australia on Friday morning (kick-off 9.22am local time/5.22am Irish time).

This weekend’s World Sevens Series action is being shown live on Sky Sports Arena, with streaming in some countries via the World Rugby website. You can keep up with Ireland’s progress in Dubai using the hashtag #IreW7s and on the Irish Rugby social media channels throughout the week.

The 2020 Ireland Sevens jersey is now available to buy online from Elverys Intersport, official sports retailer of the IRFU.