It has been a long build up to this moment, but Terry Kennedy and the Ireland Men’s Sevens are raring to go for their debut as a core nation on the HSBC World Rugby Men’s Sevens Series in Dubai today.

Thanks to their superb triumph at the Hong Kong Sevens in April, the Billy Dardis-led outfit were granted full-time status on the international Seven’s stage for this season, joining the Ireland Women’s Sevens at the top table of the sport.

Having come so close to securing qualification at a World Series Repechage in the same venue 12 months earlier, Kennedy acknowledges they displayed remarkable resolve in overcoming a significant mental obstacle to book their golden qualification ticket.

“It’s a really exciting time for us. We’ve obviously been building for quite a while to get there and now that it’s actually upon us, it’s pretty exciting,” Kennedy said.

“We went there, that was our second time [in Hong Kong]. First year we were really confident going, but we just got pipped in the semi-final. To have that resilience to go back and win it then the year after was massive for us.

“There was some good celebrations after that, but it seems so long ago. It seems like since then we’ve kind of been all eyes on Dubai and we’re finally here.”

As impressive as their win in Hong Kong was, it served as the culmination of the hard graft produced by Kennedy and his team-mates since the Sevens programme was relaunched under Anthony Eddy and David Nucifora four years ago.

While some familiar faces have come and gone, including the likes of Adam Byrne and former captain Tom Daly, Kennedy is one of five players to have stayed the course for Ireland’s rise through the ranks.

Harry McNulty, Mark Roche, Foster Horan and Ian Fitzpatrick were also there from the very start — a Rugby Europe Division C tournament victory in Bosnia in June 2015. A subsequent Division B success in Croatia a fortnight later sealed a spot on the following year’s Rugby Europe Repechage and the squad has steadily progressed ever since.

Whereas the preparation for tournaments was quite limited in the early days, Kennedy is quick to outline how their approach has evolved over time.

“We started down in the lower competitions and you could kind of just get away with going out there with not an awful lot of training. We’d have the odd weekend camp based on skill and stuff. Because we’d been playing rugby for so long, you could get away with it. 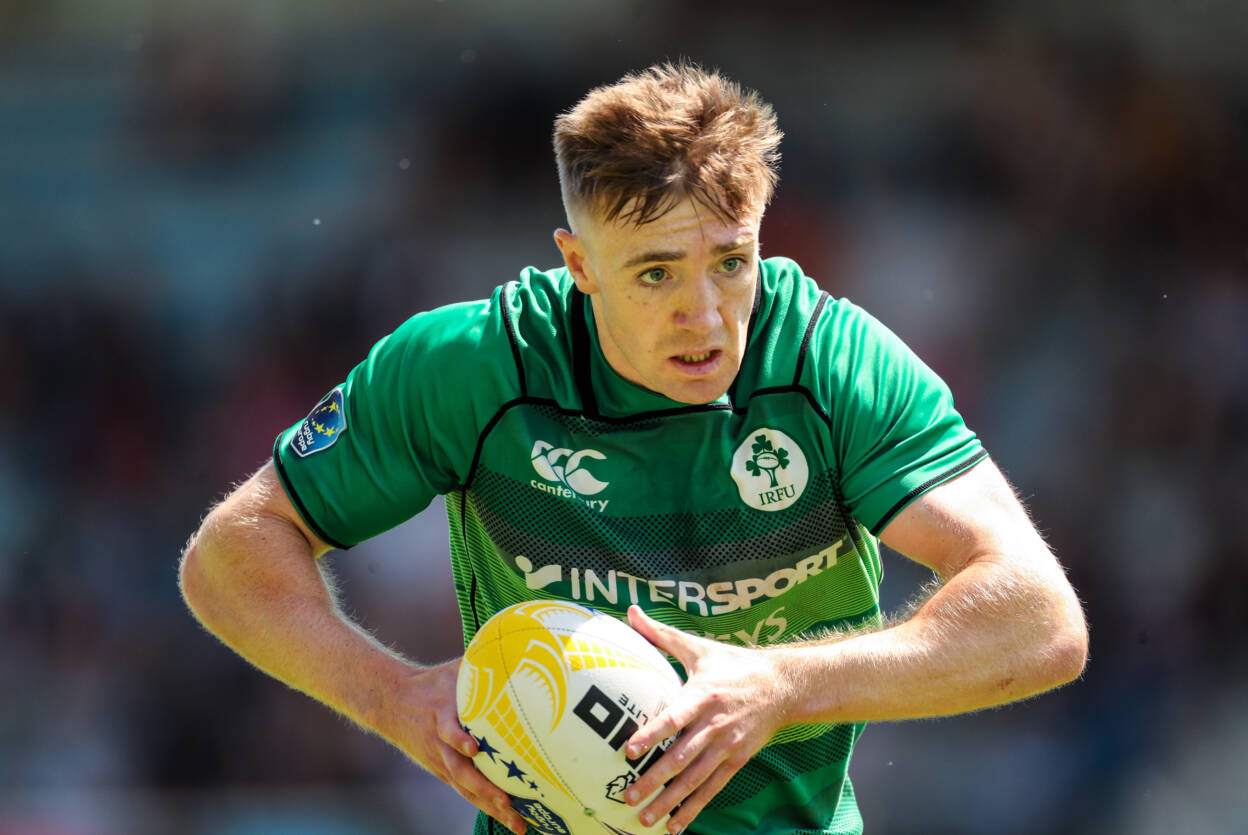 “Now we’re specified sevens players, the majority of us. We train out here four days a week and the amount of training that goes into it [is massive], which is needed to compete at the top level.”

Ireland get their Dubai Sevens campaign underway with a Pool B encounter against the USA this afternoon (6.12pm local time/2.12pm Irish time). They will also face Australia and Scotland in back-to-back affairs on Friday before embarking on the play-offs and finals in The Sevens Stadium on Saturday.

Though the squad are reluctant to set a specific target for their World Series bow, their past experience as an invitational side — specifically a third-place finish at the 2018 London Sevens — shows what this Irish team are capable of producing on top form.

“We’re just going to try and build tournament-by-tournament. We know what we can do. If we’re on song, we can compete with the best. Like we showed in London when we were an invitational team. Obviously now we’re full-time on the Series, people are going to know what to expect from us. We know that if we play to our best, we can beat anyone.

“We’re not really being thrown in at the deep end because we have played at this level before. Whether it’s in those London and Paris invitationals, whether it’s in the World Cup. We’ve played all the big teams and we know what to expect. That experience will stand to us.”

Now they have achieved their goal of reaching the World Series circuit, Ireland will be desperate to remain there for the foreseeable future. Yet, moving into the new year, Kennedy and his compatriots have another target in mind.

After finishing third at July’s European Qualifier in Colomiers, Ireland earned a place in next summer’s World Rugby Repechage — the winner of which will gain a spot at the 2020 Olympic Games in Tokyo.

Although they will have competed in 10 World Series tournaments by the time that Repechage comes around in June, Kennedy admits it is ultimately their biggest priority for the forthcoming season.

“The Olympics has to be our main focus for the year. Each tournament, we want to get better and better. We want to peak come that Olympic qualifier at the end of June to put us in a really good place to qualify for the tournament. That would be an incredible opportunity.

“It’s funny. Athletes growing up, the Olympics is the pinnacle and that’s all they’re building towards. Whereas we never really thought about it up until now, that Sevens is in the Olympics. Now that the opportunity is there, it would be incredible to actually grasp it.” 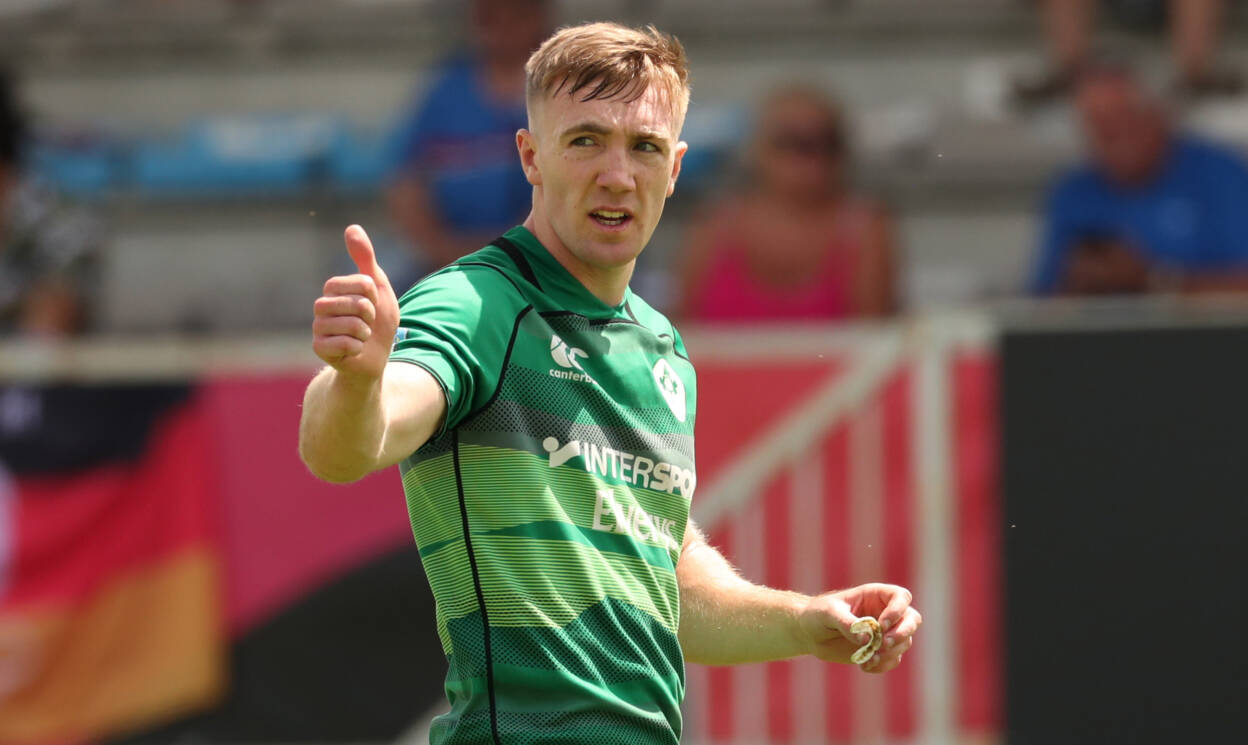 In becoming a senior international star, albeit at Sevens level rather than the 15s game, Kennedy has followed in the footsteps of his father, Terry Sr. Affectionately known as ‘the Rat’, the elder Kennedy accumulated 13 caps from 1978 to 1981.

40 years ago this summer, he was part of an Irish squad that made history of their own on a tour of Australia. Against the odds, they claimed a two-series win over the Wallabies, becoming the first home country to triumph on southern hemisphere soil in the process.

During this period, Kennedy Sr was a prominent figure for St Mary’s College on Dublin’s Templeville Road, where his son also honed his skills from the underage grades all the way up to the All-Ireland League.

“My Dad is great. He just encouraged me the whole way. He loves watching me play, loves going out to tournaments and stuff,” he said of the ex-winger.

“It’s great to have him for advice when I do need it. Mainly it’s just encouragement from him the whole time.”

Kennedy Jr will hope for similar luck when he faces Australia on Friday, though their pool showdowns either side of it will also have a major bearing on Ireland’s overall standing in Dubai.