Ireland Women’s head coach Adam Griggs admitted his side produced a patchy performance in their last-gasp 15-13 defeat at the hands of Wales in a keenly-contested November Test at the UCD Bowl.

Having pushed 10 points clear courtesy of Enya Breen’s impressive 43rd-minute try – Linda Djougang also crossed the whitewash during the first half – Ireland looked set to make a winning start to the international season.

A resolute Wales subsequently fought their way back, drawing level at 10 points each, and even though an Ellen Murphy penalty squeezed Ireland back in front, Keira Bevan’s 83rd-minute try propelled the Welsh over the finish line.

Understandably disappointed to miss out on a much-coveted win, which would have been just their second of 2019, Griggs also acknowledged the manner of their loss made it a tough pill to swallow.

“The last six weeks of our preparation have been building towards this Test match at home in front of our friends and family. It’s still disappointing and I guess the way the victory came for Wales was that much harder to take,” admitted Griggs, speaking after the game.

“I think we were just patchy. Again, there’s learnings for us. We showed some glimpses of really good rugby. We played with the ball quite well, we stretched them. Probably in the first half, I think we left a couple of opportunities for points behind us and let them out of their own half too easily.

“In Test match rugby, you can’t afford to do that. In the second half I think our intensity dropped off a bit. We let them in with a couple of line breaks.

“We started to soak tackle which gave them the front-foot ball that they wanted. Again, it was just ultimately we’ve got to remain focused and keep up our intensity for a full 80 minutes.”

Despite being pipped to the post, there was a number of positives for Griggs and his new coaching team of Kieran Hallett and Steve McGinnis. The versatile Eimear Considine stood out at full-back, while captain Ciara Griffin once again produced an all-action performance.

“You can see Eimear’s skill level, she’s very good with the ball in hand, she’s good under the high ball as well. We just made that switch between her and Lauren (Delany).

“We’ve been putting Lauren on the wing, who again is a really strong carrier. I thought Eimear was outstanding today, she was highly involved and I know she’ll get better and better from that.

“Ciara is such a good leader. She’s ultimately one who leads by example, she won’t say a lot but she’s someone who leads by the way she plays. I know the girls will always go to war for her as well. I thought she was really good.

“Even looking out wider, Enya I thought was really good today and she’s another one who only has a handful of caps. The way she played and the way she backed herself more, that’s the depth we’re going to need. In two or three years time, when she’s got 25 caps, you’re going to see ultimately a really good player there as well.” 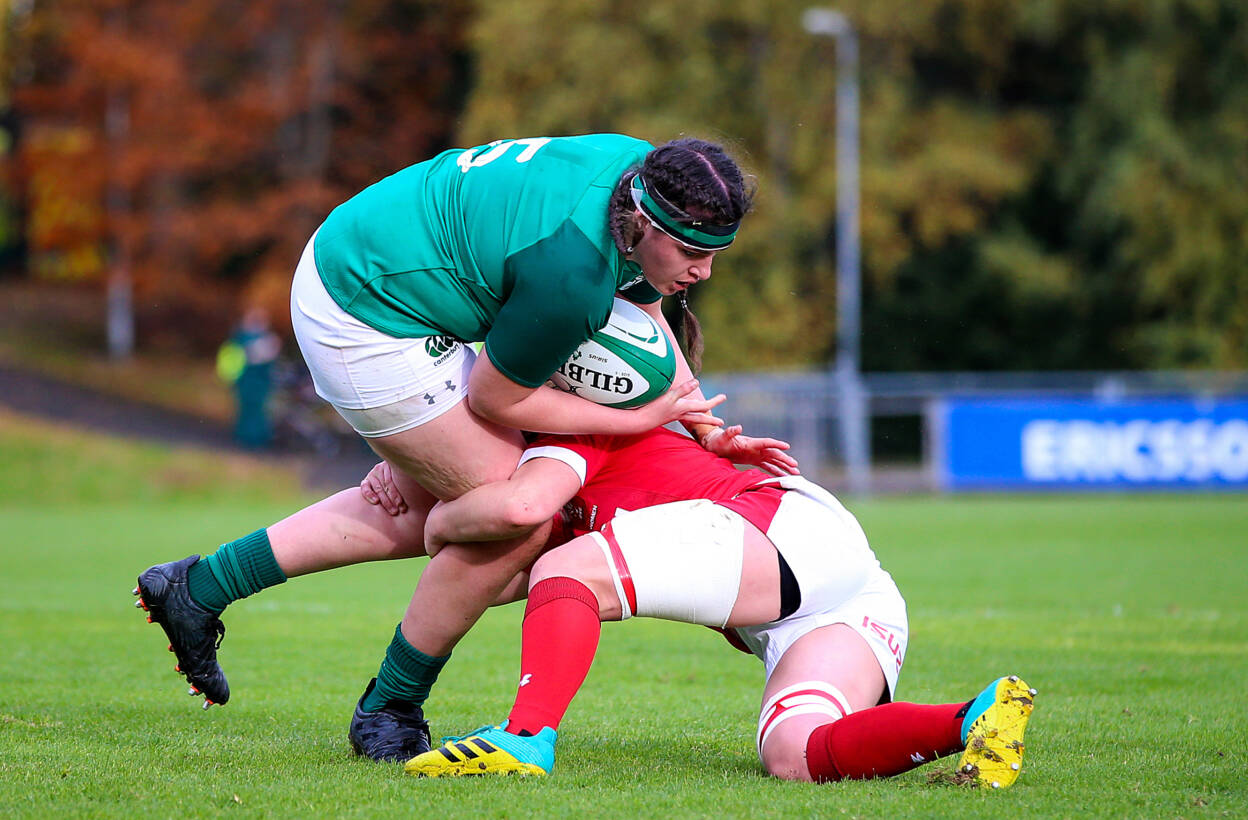 Griggs also mentioned the impact made by Judy Bobbett, one of four Ireland players to make their international bows. The Meath teenager put in a strong 49-minute shift alongside Nichola Fryday in the second row, before making way for fellow new cap Hannah O’Connor.

Following a productive interprovincial campaign in the Leinster colours, Bobbett earned a spot in the extended Ireland squad for this window. Training weekends in Scotland and France helped her to settle into the international environment and a first Ireland cap rounds off a fine journey to the senior grade for the promising forward.

The New Zealander noted: “For Judy, she’s had a great few months, obviously winning the interpros with Leinster and putting her hand up for selection. We’ve been really impressed with what she’s done in camp.

“I think she’s one of those ones now that you see coming through from the underage system. I know there was a photo (on social media) of her running out for a Six Nations game as a mascot!

“Her family will be very proud of her. She’s grown up with rugby and you can see that in her rugby IQ, her knowledge of it and obviously her skill level as well. She’ll learn from days like today as well.

“There’a a few things I’m sure she’ll be a little bit disappointed with, but that’s that new breed of player coming through and for us, trying to build some depth. I thought she was really good today.” 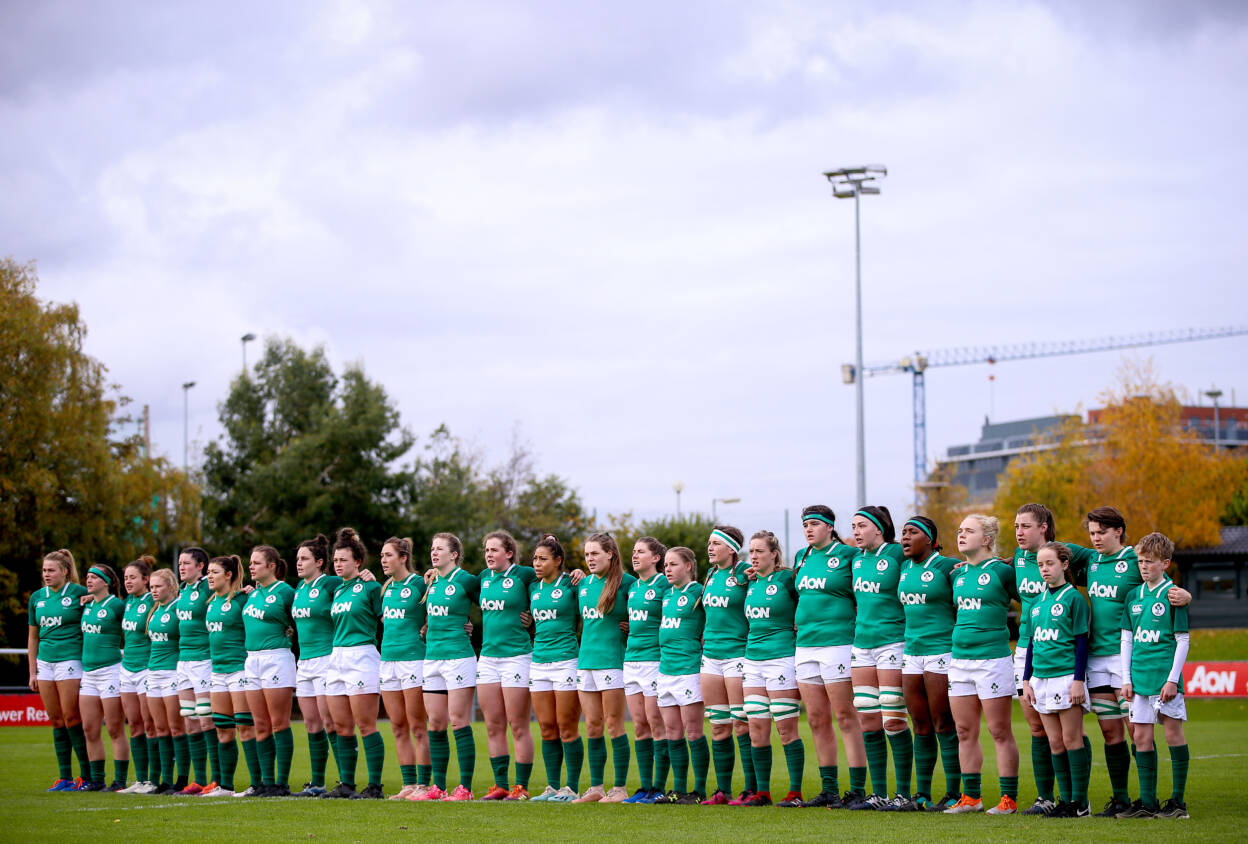 Ireland’s focus now turns to their Women’s Six Nations opener against Scotland at Energia Park on Sunday, February 2. Griggs feels that their recent trips to Scotland and France will prove invaluable for the squad a hectic 2020 gets underway.

“Test matches are great. You don’t really want to learn from a loss like this in a Test match, but the camps we had the last couple of weeks have been brilliant,” he explained.

“We were over in France and that wasn’t just a game. We got to train against them fully opposed, full contact. They’ve been really accommodating to us, helping the girls as well.

“Something like that can actually be more beneficial than just going out and playing. We got five days over there with them (the French) and saw the way they worked as more professional and more full-time than us. I think it opened some of our girls’ eyes to what it takes to be one of the top teams in the world.”