The framed photo has been pride of place in the Bobbett household ever since 10-year-old Judy fulfilled her dream of running out hand-in-hand with Fiona Coghlan ahead of a Six Nations game against Italy.

One of those ‘remember when’ moments to look back on, smile about and be inspired by. And, as of this week and nine short years on, that photo will now be joined by a new addition to the mantelpiece at home in Ratoath.

Sitting side-by-side, those two snapshots provide an amazing glimpse of the journey Judy Bobbett has been on from Six Nations mascot to Ireland Women’s senior international.

A last-gasp Wales try was a sucker-punch for Adam Griggs’ side at the UCD Bowl on Sunday afternoon but once the initial disappointment subsided, Bobbett was able to savour the moment and celebrate her first senior international cap with family and friends.

It was an occasion Bobbett had dreamt about since first picking up a rugby ball in Ashbourne RFC at the age of six, and having run out as mascot for the Ireland team alongside Coghlan at her home club in 2010, that experience only added to her desire to one day pull on the green jersey herself.

Now 19 and a prodigiously talented second row, Bobbett’s rise through the underage system has been as exciting as it has meteoric, and her performance in the Ireland engine room on Sunday provided a glimpse of why she is so highly-regarded.

Having captained Leinster Under-18s last year, Bobbett then made the breakthrough at senior provincial level this season by helping Leinster to the IRFU Women’s Interprovincial title before earning her place in the extended Ireland squad for November.

Through her work-rate, application and overall rugby knowledge, Bobbett impressed the management team during training camps in Scotland and France to earn a start against Wales, with the Blackrock College lock one of four new caps in Griggs’ matchday 23.

“It’s something I’ve been aiming for since I was six or seven starting in Ashbourne,” she told IrishRugby.ie. 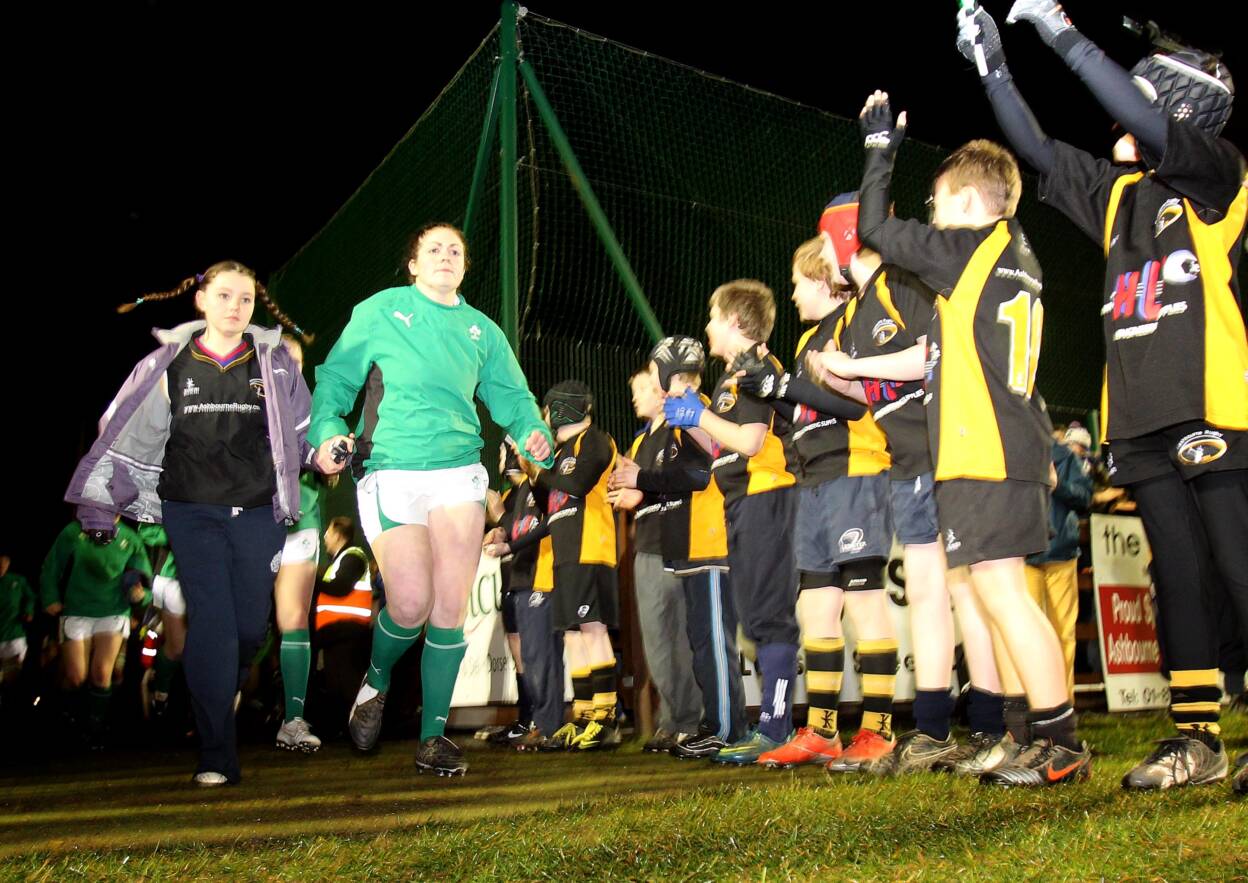 “Back then I remember looking up to the likes of Fiona (Coghlan) and Maz Reilly, so for me today it was nearly coming full circle. It probably came sooner than I thought at 19 and it probably hasn’t hit me yet. It might be a couple of weeks before it does.”

A strong ball carrier and dynamic athlete in the loose for Ireland, Bobbett had a number of big involvements during her 49-minute performance in green and her development through the underage and pathway system is a testament to the structures now in place.

From being a Six Nations mascot and standing outside the dressing room in Ashbourne waiting for her heroes to emerge, Bobbett’s rugby journey hit another significant milestone in UCD where she was supported by family, friends and team-mates on Sunday afternoon.

“I think I had someone from every county in Ireland here,” she smiles. “I had about 20 family members from my mum’s side and friends from back home in Ashbourne and Ratoath. There was a big crowd here and I think I just about got around to everyone for a photo.

But it’s special, yeah. When the final whistle went I was extremely disappointed but when you walk over and you get a few minutes with your family, it brings you back to why you do it again and reinforces your purpose.

“It’s nice to see them and it’s a big day for them. They know this was my dream since I was younger and I think they enjoyed it just as much as I did.”

Also among the crowd were members of the Meath senior Ladies football team, with whom Bobbett reached the All-Ireland Intermediate Championship final at Croke Park last year, while the multi-talented teenager, who is a goalkeeper, also captained her county’s minor team in 2018.

For now, however, her sole focus is on rugby having enjoyed her first taste of the international game as Ireland turn their attention to the start of next year’s Six Nations and the crucial Women’s Rugby World Cup qualifiers later in 2020.

“I was the sub goalkeeper for last year’s All-Ireland final,” she explains. “But you can’t balance both. I actually had the Leinster Under-18 interpros on the Saturday and then the All-Ireland final in Croke Park with Meath on the Sunday. 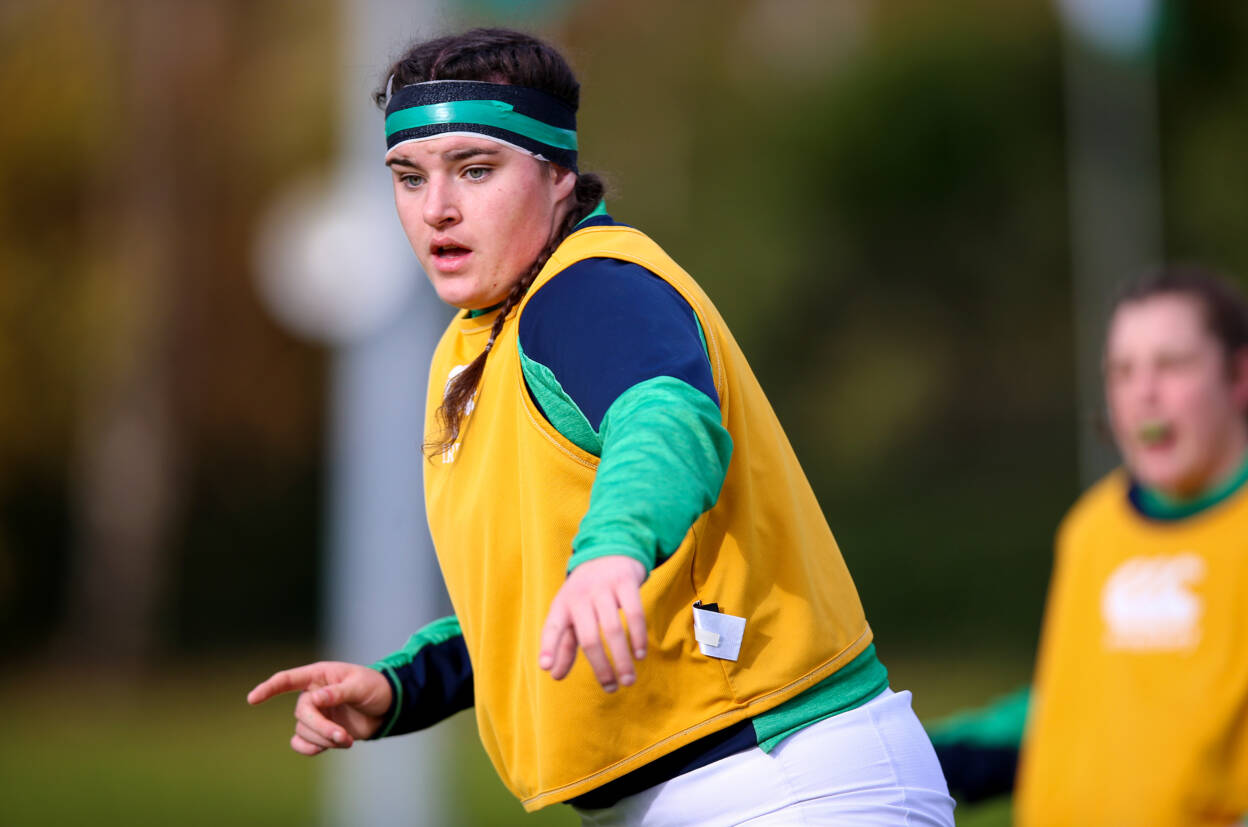 “I was straight into rehab after our interpro match and then up to Croke Park the next day. I was glad I got the opportunity to wear the Meath jersey but the dream was always to wear the Ireland jersey and I’ve done that.”

Studying Economics, Politics and Law in Dublin City University, Bobbett also understands the importance of striking the right balance between college work and rugby, but she leaves no doubt as to what her ambitions in the green jersey are.

“I was fortunate to have a Leinster underage set-up to come through and having that set-up has helped ease me up to this level but this hopefully is only the start,” she says.

It has been tricky to balance college and rugby so far as you have to miss lectures for camp, but rugby has always been a priority of mine. My mam thankfully knows rugby comes before college at the moment and on days like this it is amazing.

“Their support is brilliant and even someone like Fiona Coghlan got in touch with me before the game wishing me luck. She’s a friend now as well as a role model and it’s so nice to know she knows I’m following in her footsteps in green.”

From mascot to senior international, Judy has come a long way in a short space of time and, with a number of underage teams from around the country in attendance on Sunday, it is Ireland’s newest star who is now showing the way for younger generations to come.