Despite suffering a frustrating 15-13 defeat to Wales at the UCD Bowl yesterday afternoon, Ireland Women’s prop Laura Feely saw considerable cause for optimism.

Courtesy of tries in each half from Linda Djougang and Enya Breen, the girls in green had put themselves in a strong position for a breakthrough November Test victory.

Keira Bevan’s 83rd-minute try ultimately denied them in the cruellest of fashions, but Feely pointed to their committed defence and the introduction of new blood as signs of progression within the Adam Griggs-led set-up.

“Definitely plenty of positives to take from that. We’ve been working hard on our defence and that really showed in the first and second half,” admitted the Galwegians and Connacht loosehead.

“That’s what we were really focusing on and hoping to get out of that match. Delighted with the defensive structure. Definitely work-ons taking into another camp next week. Straight into working on things that went wrong, but definitely positives.

“That’s the whole thing about this November Test and camps. It’s great leading into the Six Nations, we can hit the basics of our system and stuff. Really ramp it up after Christmas.

“We’ll go away now as individuals as well over Christmas. Get our fitness up and get our individual skill level up. Coming back knowing the system we put in place this last few weeks.” 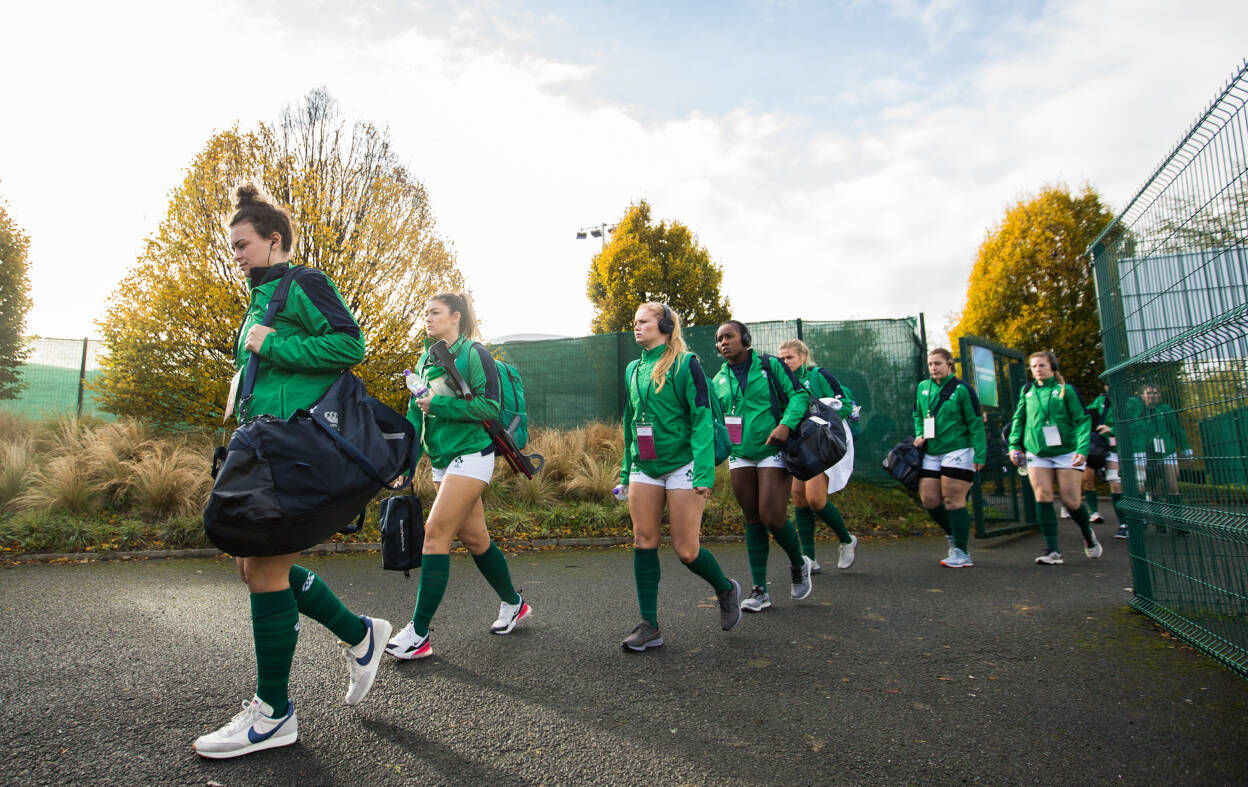 Reflecting on the nail-biting end to the contest in Belfield, Feely is confident that the errors that led to Wales creating a platform for a last-gasp winner are something that can easily be rectified.

“The finish of that game is fixable. Our own penalties kinda killed us and that. Our own ill-discipline the whole way through that match is all that went wrong. Easy fixes. We were dominant in that match and we should have just trusted our system.”

While Hannah O’Connor, Victoria Dabanovich-O’Mahony and Niamh Ni Dhroma earned their first international caps off the bench, Judy Bobbett was making her own Ireland debut alongside Nichola Fryday in the second row.

Although it has been a baptism of fire for the Meath youngster, who won her first Leinster senior cap as recently as August, Feely believes the strong-carrying Bobbett will give the Irish pack added dynamism.

“Judy has been going great this last while in training. She’s really come in and just fitted so seamlessly into the squad. She’s a powerhouse of a young girl and it’s great having that dominant carrier in the pack. It’s something we’ve been looking for, for a long time.” 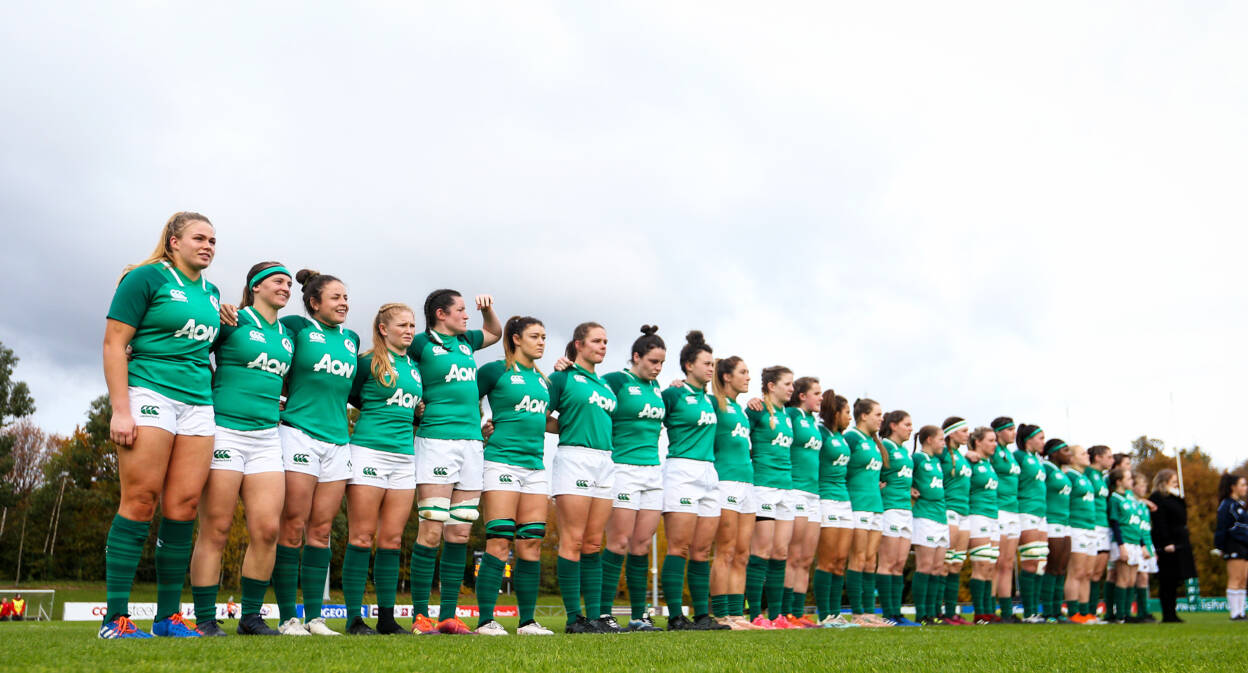 In the build-up to Sunday’s game, the Ireland Women had training weekends in France and Scotland. While they did not face their Six Nations rivals in competitive fare, they nevertheless got a taste of what to expect in the fast-approaching 2020 Championship.

“We’re very lucky that we’re just back from a week in France of training over there with the French squad. We got to play a match against them as well,” explained the 27-year-old Feely.

“We also got to play our younger girls against their Under-20s as well, so that was great for our younger members and uncapped players coming into the squad.

“We were in Scotland for a training game over there as well. Leading into this game, we feel like we’ve come on a lot since the last time we played in the Six Nations. It has been a good few months of camp.” 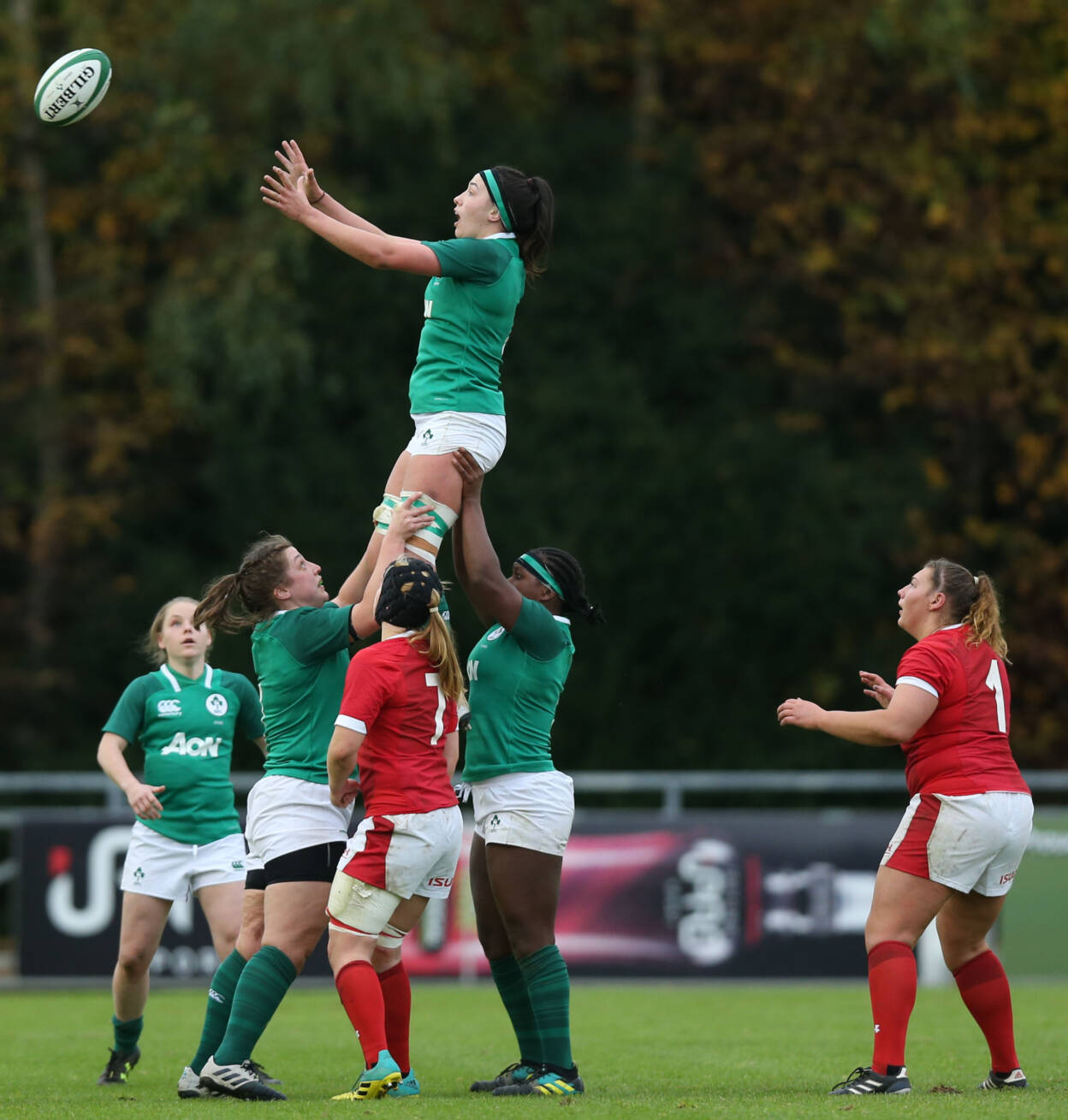 Like the majority of Ireland’s squad – the English-based players being obvious exceptions – Feely came into the November clash on the back of the newly-expanded IRFU Women’s Interprovincial Championship.

The Donegal native was part of the Connacht side that shocked Munster on their way to booking a final date with eventual champions Leinster and felt the benefits of the extra Interpro matches on her return to the Ireland camp.

“Even personally, I’ve found that I was at a different level coming into this November block than ever before. The five games really stood to us. We’re playing against each other during that series, but you’re learning a lot about each other at the same time. It’s good.”