Will Leinster retain the IRFU Women’s Interprovincial title or can Connacht lift the Perpetual Trophy for the first time? This season’s extended Interpro campaign wraps up tomorrow with two crunch encounters at Energia Park. There is free admission in Donnybrook.

Defending champions Leinster welcome back fit-again centre Jenny Murphy to their starting XV as one of two changes in personnel for the much-anticipated Championship decider at Donnybrook.

Murphy, who had cameo performances against Munster and Ulster, steps in for Michelle Claffey with the Blues fielding an all-Old Belvedere set of backs from 11 to 15. The Railway Union pairing of Larissa Muldoon and Ailsa Hughes continue together at half-back.

The only other alteration sees Elaine Anthony come in for her Belvedere club-mate Clodagh Dunne in the second row. Blackrock’s Hannah O’Connor anchors the back row from number 8 and could also have a key kicking contribution as the tournament’s top points scorer (38 points).

Expecting a much tighter contest than their 34-6 win over Connacht at the same venue last month, Armstrong said: “It shows exactly what we’re looking for from this competition, that teams are improving all the way through.

“Connacht would love another bite of the cherry at us, and we’re looking forward to trying to fix ourselves and get ourselves better again. Another week together and another week of improvement.” 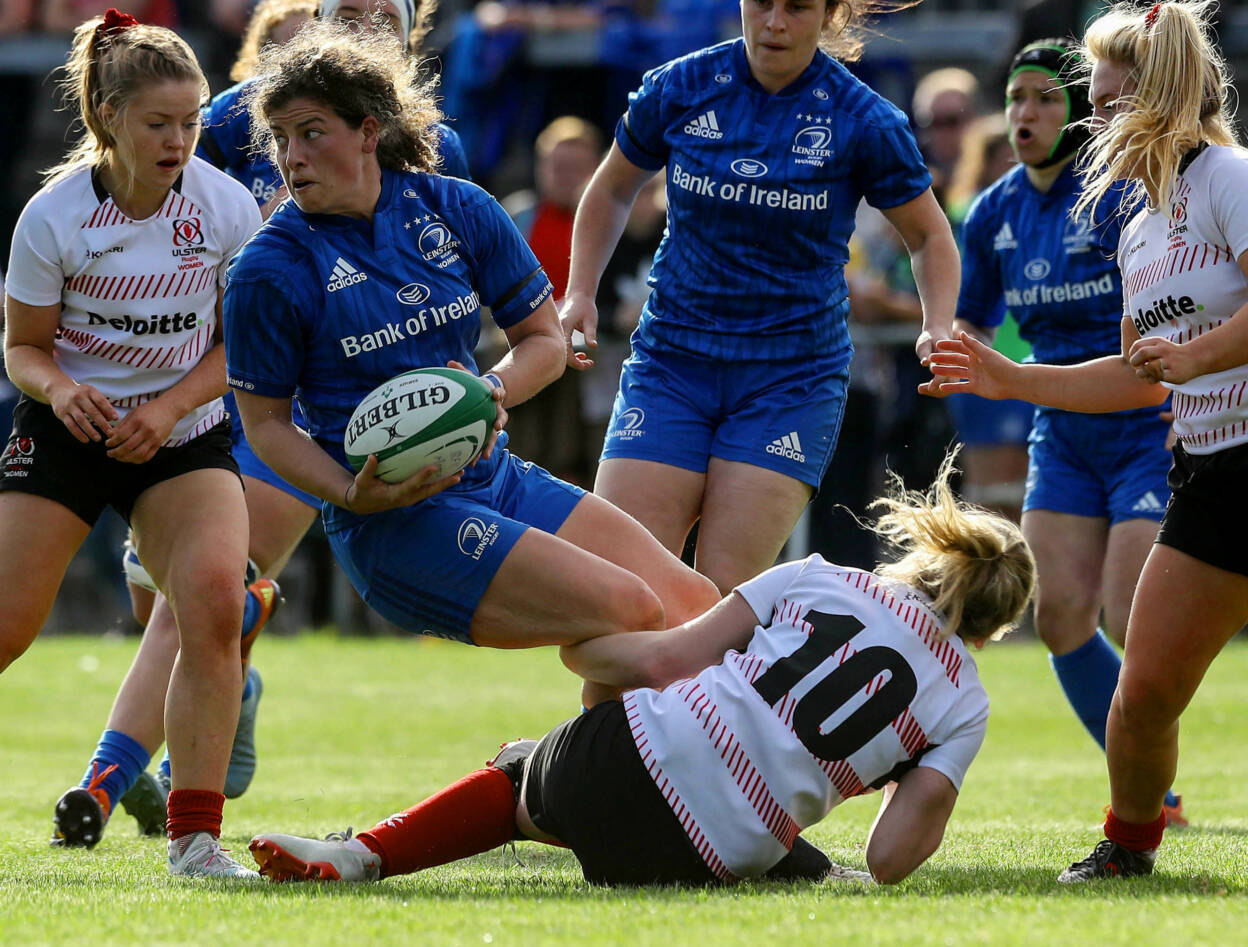 Ireland prop Lindsay Peat, who bagged a brace of tries in their 59-3 semi-final victory over Ulster, commented: “We’ve been building nicely over the four games now. We’re starting to really build and come good, hopefully going well for the final now and (we’ll) put a complete performance together.

“It was a fierce battle between ourselves and Connacht in the first round. Probably on the day Connacht were unlucky and we took our chances. They probably didn’t capitalise on theirs. We’re under no illusion that we’ve a big test coming up.

“Their pack will give us a serious challenge again, and obviously if you look at Beibhinn Parsons, who had a hat-trick against Munster, and Ali Miller with her wealth of experience, and their young guns coming up from the likes of Ballinasloe and other clubs, they’re a great side coming through.” 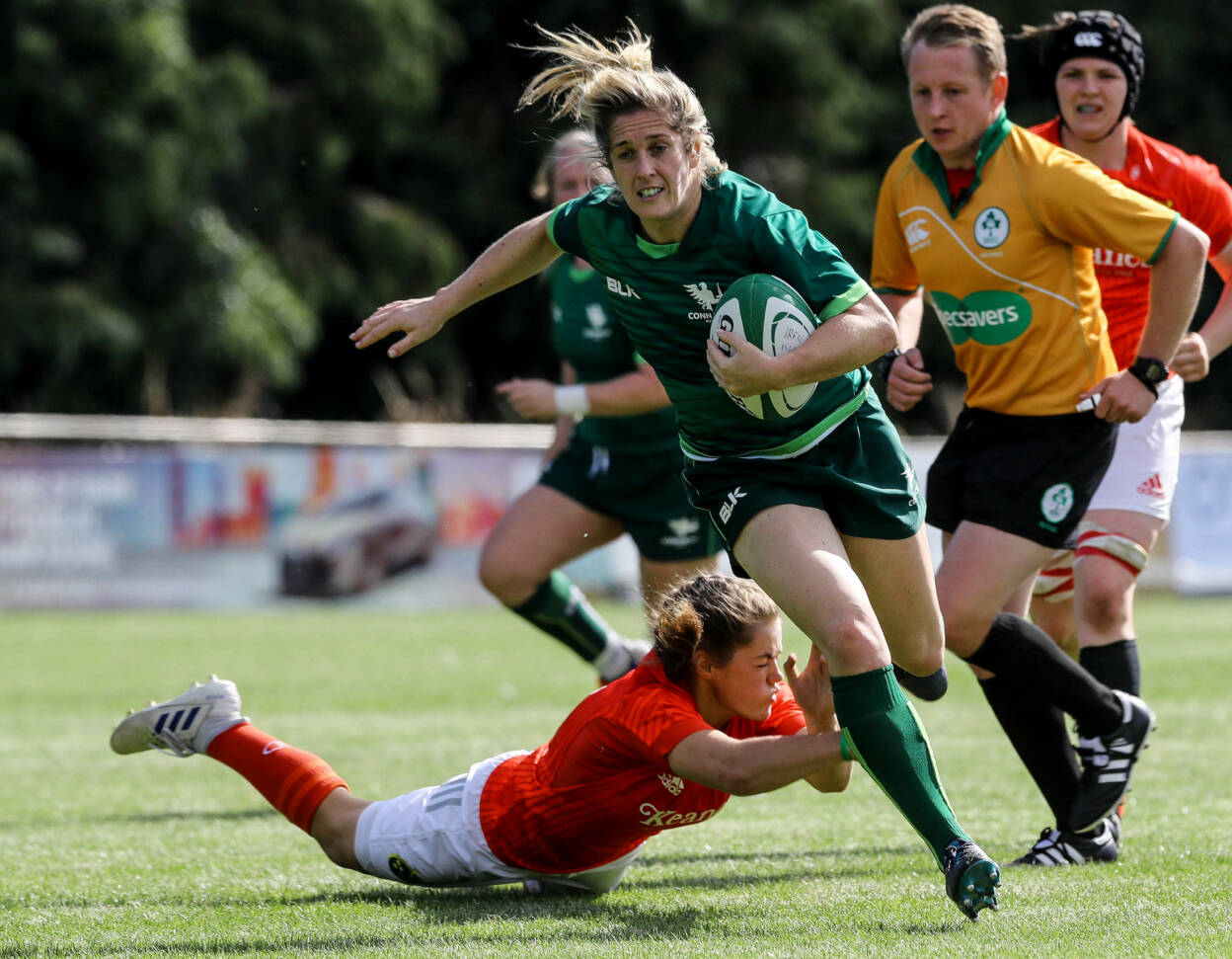 Meanwhile, Suttonians’ Aifric O’Brien is the only change to the Connacht team that edged out Munster 20-17 in a thrilling semi-final. Brian McClearn’s charges have strung together back-to-back wins over Ulster and Munster to give themselves a shot at a historic Interprovincial crown.

There is a fascinating wing duel between the 17-year-old Parsons and her Ireland team-mate Megan Williams, who are the tournament’s joint-top try scorers, while Miller, Connacht’s player-assistant coach, will line out against plenty of familiar faces in Leinster’s Old Belvedere-dominated backs division.

Captain Nichola Fryday is sure to lead by example from number 8, with her international colleagues Laura Feely and Edel McMahon continuing to set the standards for their fellow forwards. Indeed, this will McMahon’s last appearance for Connacht before she moves to English Premier 15s club Wasps.

As mentioned by Peat, the Ballinasloe trio of Parsons, Aoibheann Reilly and Meabh Deely have all stepped up impressively to senior level after helping Connacht to win the Under-18 Interpro title last year. Full-back Reilly and Deely have also got on the scoresheet, with the latter striking up a dynamic half-back partnership with vice-captain Mary Healy.

There is free admission for Saturday’s double-header at Energia Park and the final will be streamed live on Irish Rugby’s YouTube and Facebook channels. Third place is up for grabs in the curtain raiser which sees Munster, last year’s runners-up, clashing with an Ulster team still searching for their first win.

Ulster boss Derek Suffern has made four personnel changes for the trip to Dublin, with Fiona Tuite and Kathryn Dane resuming on the right wing and at scrum half respectively. Vicky Irwin and Jemma Jackson swap back to inside centre and out-half having paired up at half-back against Leinster.

MU Barnhall’s Keelin Brady gets the nod in the engine room, packing down behind a front row which now includes Cooke loosehead Emma Kearney. Neve Jones’ absence from the back row prompts a reshuffle with her openside berth now filled by Katie Hetherington. 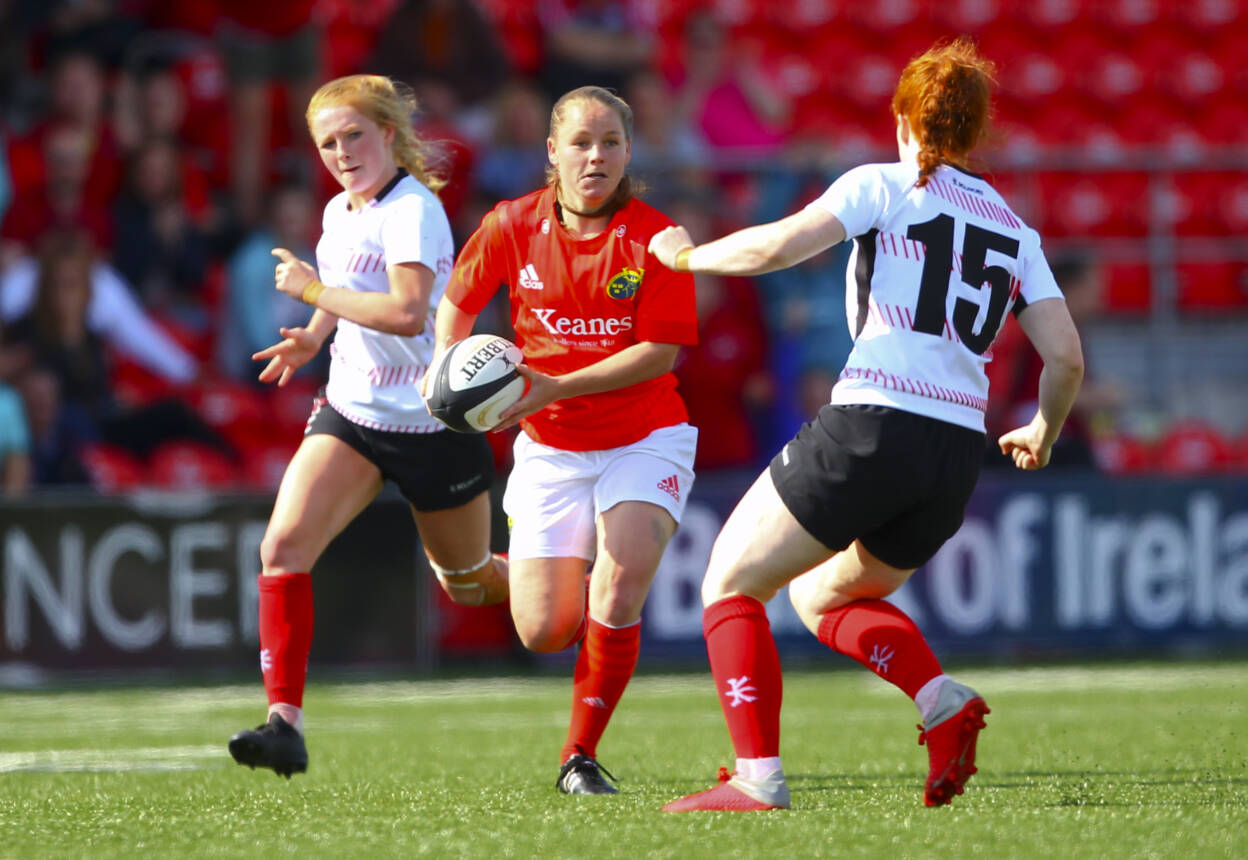 For the 3rd-4th place play-off, Munster head coach Laura Guest has changed up her tight five as Kate Sheehan, Ciara O’Halloran and Roisin Ormond are all primed to start. The versatile Edel Murphy moves from the front row to the back row as one of a dozen starters from UL Bohemians.

Munster won 38-12 when the sides met during the opening round back in mid-August, a game in which co-captain Chloe Pearse crossed for two of their six tries. Elusive winger Laura Sheehan, who returns to the bench, will be hoping to add to her three-try haul in the capital.

Fellow back Roisin Willis is set to make her senior provincial debut as a replacement, with the former Shannon and current UL Bohemians winger having come through the Munster Talent Identification Programme.