The Ulster Women say they are looking forward to an Interprovincial Championship semi-final against table toppers Leinster in two weeks’ time after a 20-19 defeat at home to Connacht.

“Having the five games this year is going to improve Women’s rugby across the whole island,” said Ulster captain Neve Jones pitchside after the third round loss. “It gives girls more of a chance to play at a higher level. It’s not just three games and then you’re done for the year. The semi-finals and finals give girls something to work towards.” 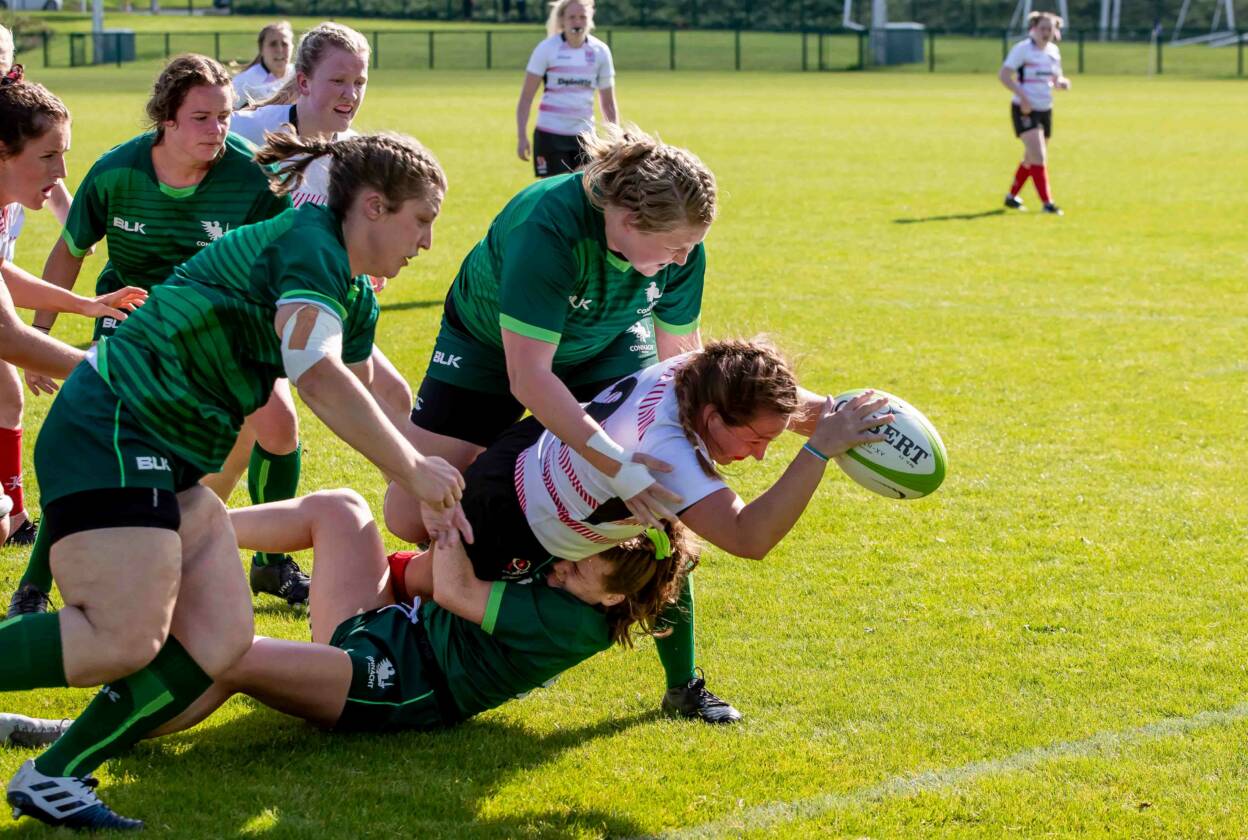 It was Connacht’s campaign that sprung into life in a bid to avoid unbeaten Leinster. Ulster started the better team at the Queen’s Sport venue and looked on course for victory after a brace of tries from hooker Stacey-Lea Kennedy put them 12-8 ahead for half-time.

The home pack set out their stall with an early maul try, Kennedy connecting with Katie Hetherington at a close-in lineout before the Ireland-capped front rower barged over from a few metres out. The five-point deficit was cut into by a neatly-struck Meabh Deely penalty at the other end.

Following a disallowed try for a knock-on, Ulster built through the phases and the lineout again provided the platform for a score. Vicky Irwin carried well before Kathryn Dane’s inviting pass sent the inrushing Kennedy on an excellent angled burst to the try-line past three defenders.

Out-half Jemma Jackson converted to open up a nine-point advantage, only for Connacht to respond just before the interval. A loose kick was ruthlessly punished by their impressive back-three, as Aoibheann Reilly raided up the right wing and offloaded for Mairead Coyne to score from 40 metres out, expertly rounding Jackson on the way. 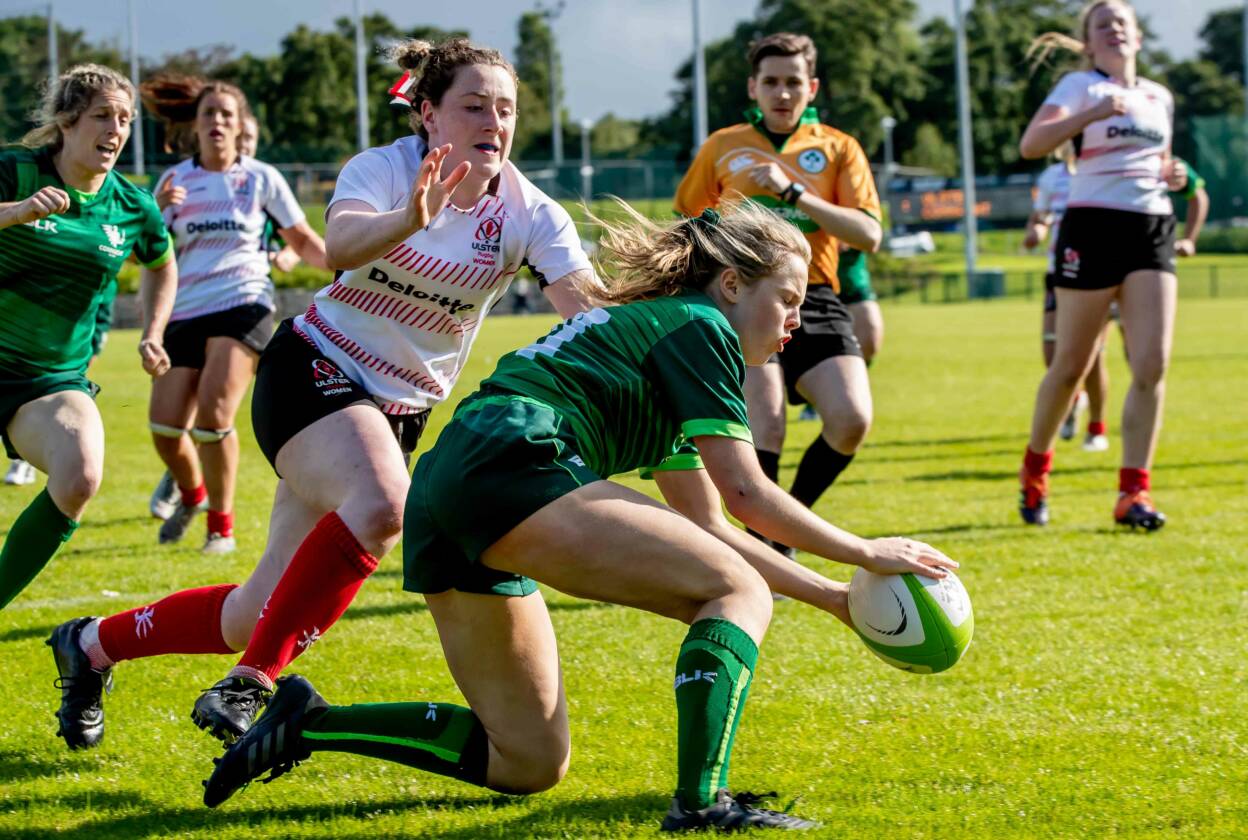 That was the westerners’ first try of the Championship and gave their attack a visible boost of confidence. Next over the whitewash was teenager Reilly who squeezed in past Emma Jordan near the right corner, following some free-flowing build-up play involving Deely, Alison Miller and increasingly-influential full-back Coyne.

It was 17 unanswered points after Ireland prop Laura Feely burrowed over with Edel McMahon on the latch. There were strong carries beforehand from Connacht captain Nichola Fryday and fellow forward Moya Griffin, with the former supplying the scoring pass from a close-in ruck.

Although the win was now out of reach at 20-12, Ulster made sure they bagged a losing bonus point with a well-worked last-minute try. A midfield break by lock Chloe McIlwaine got them within range, and Dane fed number 8 Lauren Maginnes who did well to slip through a gap and gallop over to the right of the posts.

“The girls still enjoyed it today,” admitted Jones. “We’ve got much better phase play this year. We’re a young side so we’re still gelling but we’re working together. There were times we were storming ahead and there were times we needed to fix things, which we can do over the next couple of weeks.”

Meanwhile, Munster’s 20-13 reversal at the hands of Leinster means they will play Connacht in the last-four. Laura Guest’s charges finished second in the table, with a two-try first half and Hannah O’Connor’s assured goal-kicking seeing the visitors triumph at Irish Independent Park.

Six minutes in, wind-backed Leinster took an early seven-point lead in Cork when Megan Williams crossed in the right corner from Jeamie Deacon’s tip-on pass. Second rows Judy Bobbett and Elaine Anthony, the ex-Munster forward, were both prominent as carriers in the preceding phases.

O’Connor swung over a terrific conversion, and although Munster had to absorb further pressure, strong running from Ciara Griffin and Niamh Kavanagh lifted the hosts, as did Stephanie Carroll’s try-saving tackle on Anna Doyle and the follow-up penalty won by co-captain Eimear Considine. 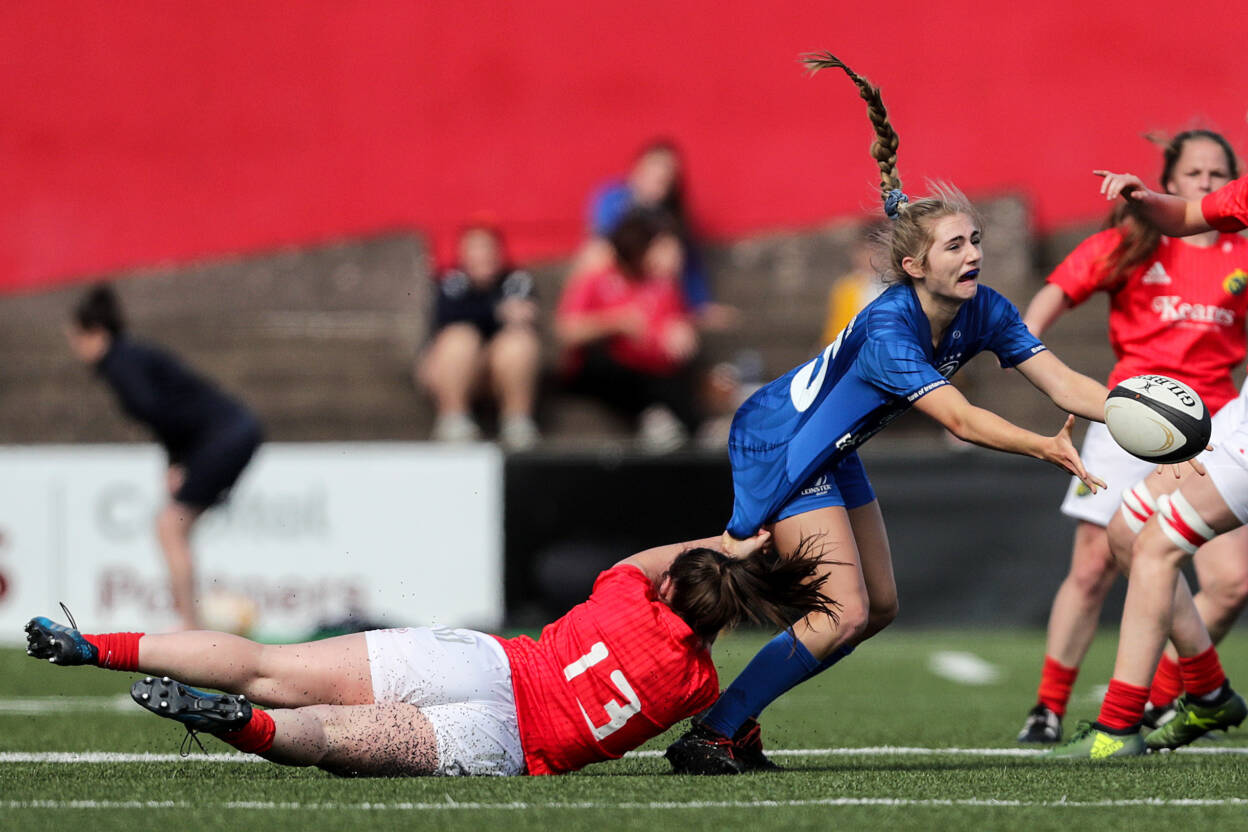 Lindsay Peat maintained her high work-rate, helping to set up an O’Connor penalty from the edge of the 22 which put Leinster into double figures. But, as the Munster carries began to break the gain-line, successive penalties pushed Leinster back, and a well-executed lineout maul sent number 8 Sarah Quin plunging over.

That proved to be Munster’s only score of the first half, as the Blues snapped back. O’Connor missed a penalty, but it was her quick pass out of a tackle, combined with Ailsa Hughes’ initial delivery, which created numbers on the left and an eventual try for flanker Juliet Short who grounded the ball despite Carroll’s best efforts.

With O’Connor adding another peach of a conversion from out wide, Leinster led 17-5 at the turnaround. The Blackrock back rower added a central penalty, three minutes after the restart, and Munster replacement Dorothy Wall was soon yellow carded for killing the ball after an earlier team warning. 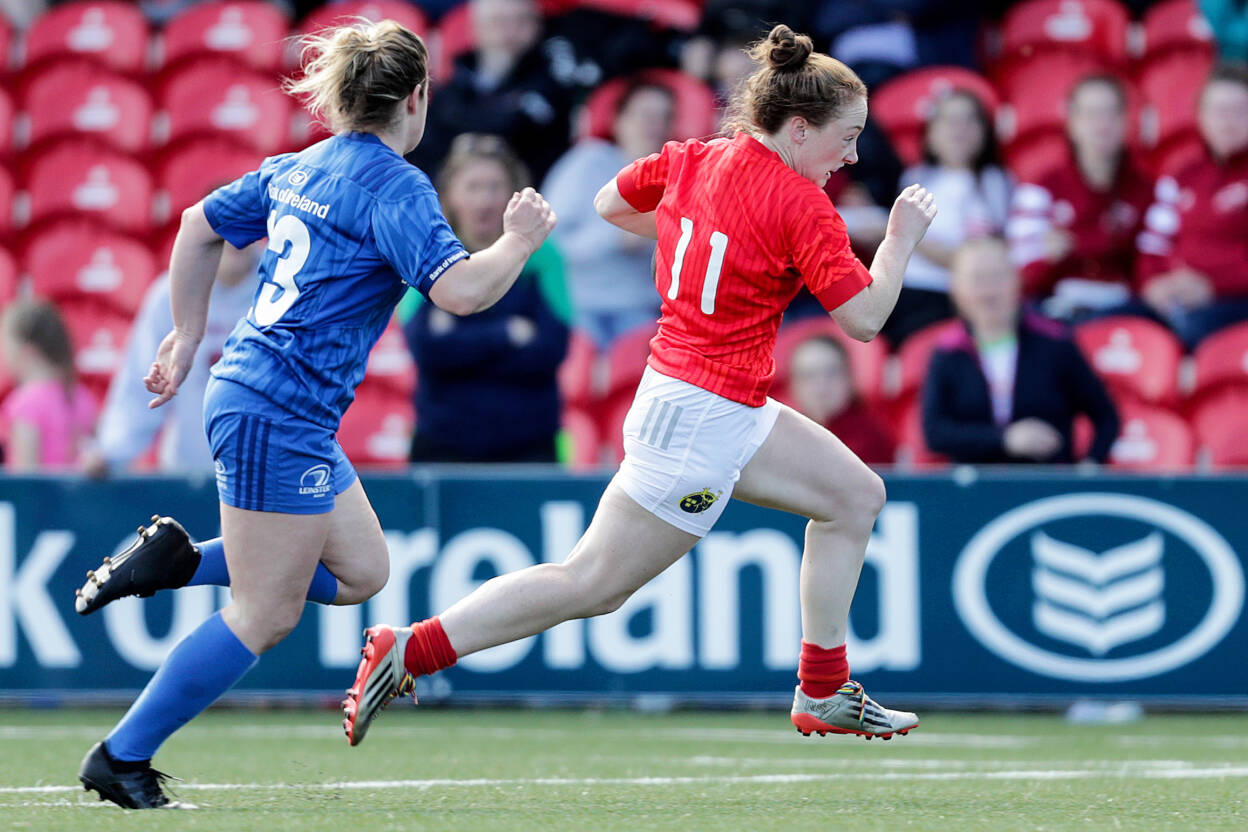 However, Laura Sheehan inspired Munster with her third try of the tournament, a superb run-in at the left corner after being released by a link of passes between Quin, Cronin, Claire Keohane and Considine. Keohane’s penalty on the hour mark made it a seven-point game, with Leinster openside Short in the bin for persistent team penalties.

Leinster’s lead came under further pressure with Wall and Chloe Pearse spearheading a promising break. But they managed to soak some dangerous phases in their own 22, with Jenny Murphy marking her long-awaited return with some key contributions. He well-judged kick from a penalty was chased down by Williams to ensure the victors ended the game deep in Munster territory.

The semi-finals of both the Senior & U-18 Interpros will take place at St. Mary’s College RFC’s Templeville Road ground on Saturday week (September 14). MU Barnhall RFC’s Parsonstown home has been confirmed as the venue for the final games on September 21.

HT in U18 Women’s Interprovincial Championship: