Defending champions Leinster’s 34-6 triumph over Connacht ensures that they are top of the table on scoring difference after the first round of IRFU Women’s Interprovincial Championship matches.

U-18 Women’s Interprovincial Championship: Round 1 Review

Munster matched their arch rivals’ bonus point return with a 38-12 success against Ulster at Irish Independent Park. They had a brace of tries from flanker Chloe Pearse to add to efforts from Laura O’Mahony, Clodagh O’Halloran, Kate Sheehan and Niamh Kavanagh, who tore onto a Rachel Allen-Connolly pass and raced over from outside the Ulster 22.

Ulster opened the scoring in the very first minute as centre Maeve Liston broke clear in midfield and angled her run to evade the cover. Fiona Tuite also crossed from a Vicky Irwin pass in the first half, but Pearse, the new Munster co-captain, was impressed with her side’s resolve. 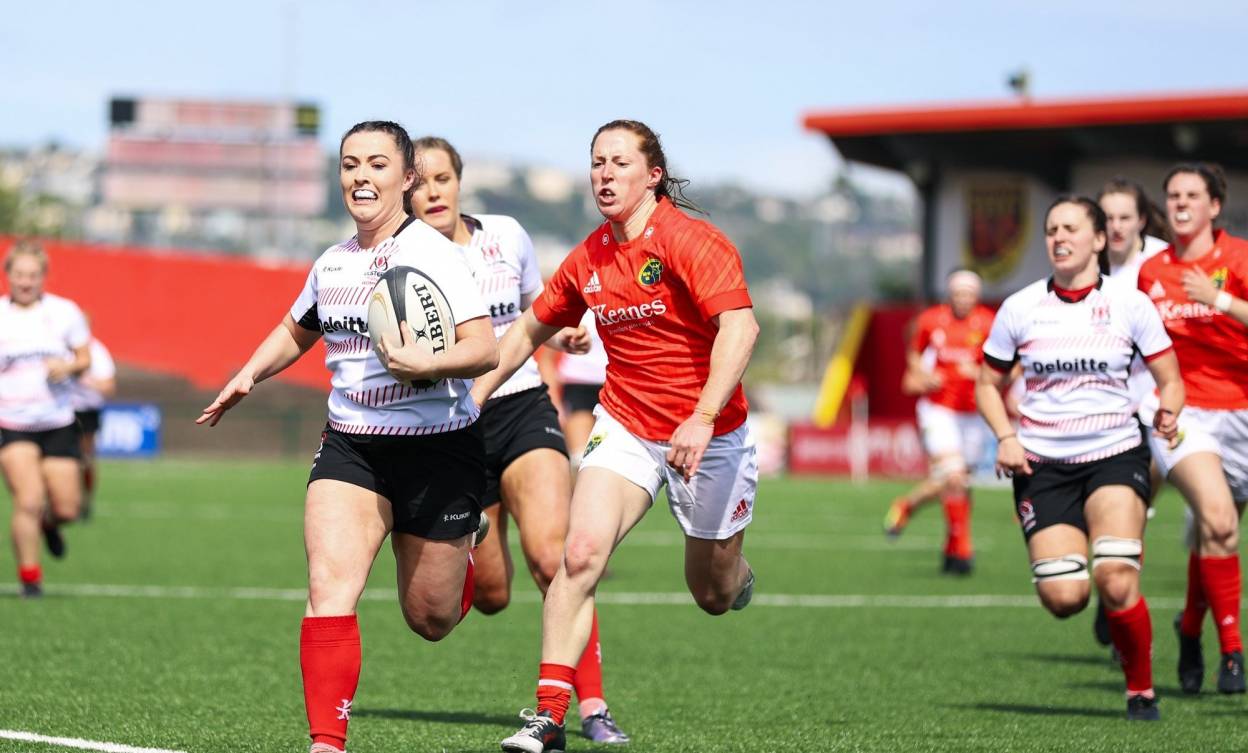 “We never even got going and we found ourselves seven points behind,” admitted Pearse. “But we trusted our process. We had our set piece and with the calibre of our backs, they’re always going to finish once you give them that platform.

“We did well to get back in the game and our defence at the start of the second half was really solid, so we just need to fine tune a few things before going up to Connacht next week.”

Munster were 19-12 clear at half-time, with some great continuity off a Pearse quick tap leading to lock O’Halloran scoring and hooker Sheehan also plunged over from a lineout maul. They secured their bonus point on the hour mark with Pearse’s first try as she picked from a close-in ruck and crashed over.

“It’s very close to being the best we could have looked for out of today. We lost Niamh Briggs to injury but that didn’t change our focus. We’re a squad. We’re a team. Players switched back onto their job as soon as she went off. Let’s hope it’s not too serious. It’s too early too tell.” 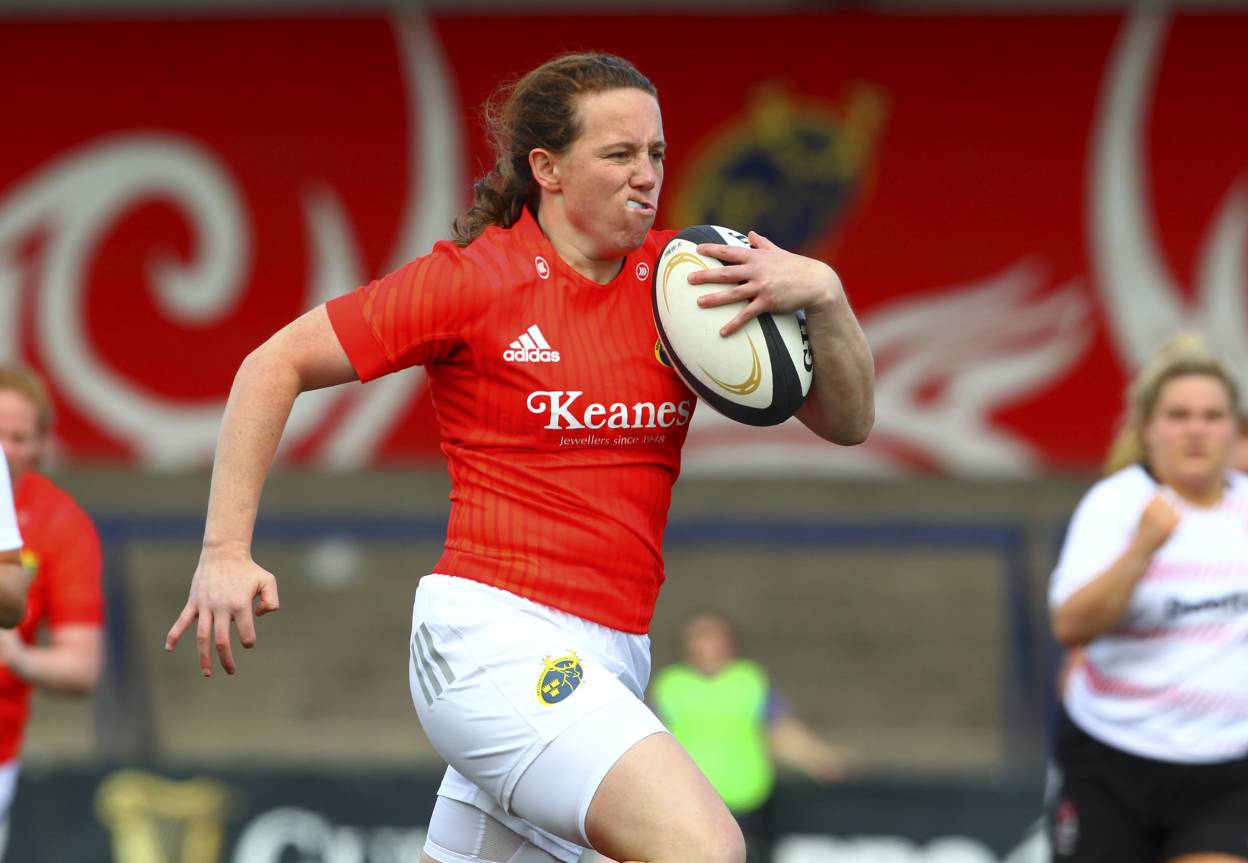 Making history as part of a Donnybrook double header with the men’s team, title holders Leinster got their campaign up and running with a winning start against Connacht. It is their second season with Ben Armstong and Sene Naoupu as head coach and captain respectively.

The game marked a welcome return after a difficult year with injury for scrum half Ailsa Hughes who teed up the first try for Hannah O’Connor with a quickly-taken penalty. Under-18 graduate Meabh Deely responded with two penalties for Connacht whose scrum had started strongly.

However, the visitors’ 17th-minute lead was erased by two well-taken Leinster tries. Number 8 O’Connor’s charge up the middle and accurate passing culminated in full-back Larissa Muldoon, on her debut, putting Grace Miller over in the left corner.

Then it was Naoupu’s turn to split the defence for Hughes to be rewarded for a fine support line. O’Connor converted the 23rd-minute try, leaving it 17-6 for half-time. Chances were few and far between as play was mostly slugged out between the 22-metre lines as the first half drew to a close. 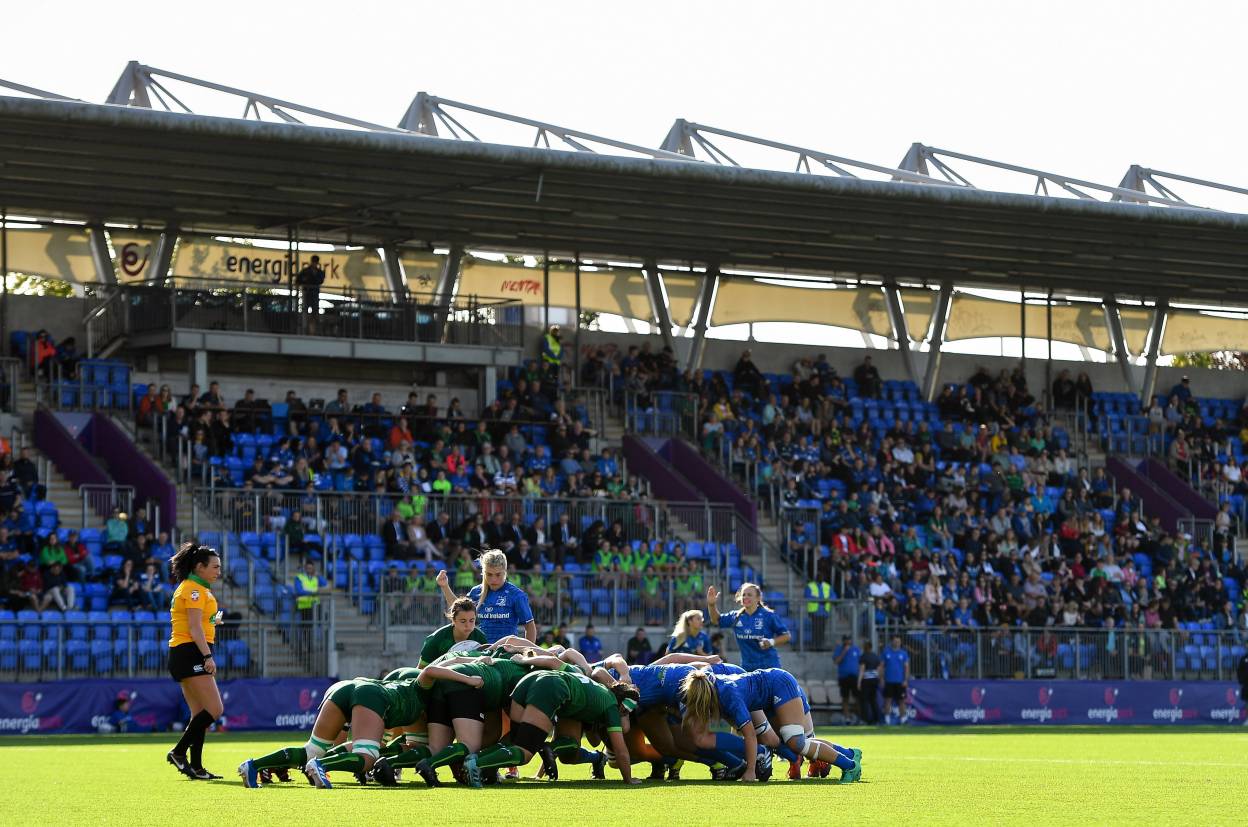 While Leinster made inroads when they lifted the tempo, Connacht were faring better when they could lean on their set piece. Aoibheann Reilly, one of last year’s Interpro title-winning Under-18s, probed with a clever chip over the top but full-back Muldoon was equal to the task.

The next score was crucial and it fell to Leinster as their ex-Connacht flanker Niamh Ní Dhroma drove low to bump off a tackle and touch down in the 58th minute. The hosts held firm during Muldoon’s subsequent sin-binning and made sure they finished with a flourish.

Leinster replacement Meabh O’Brien hoovered up a loose ball to accelerate away from 70 metres out and score the penultimate try. There was still time for Michelle Claffey to mark her return from ankle surgery with the closing score with 80 minutes on the clock. 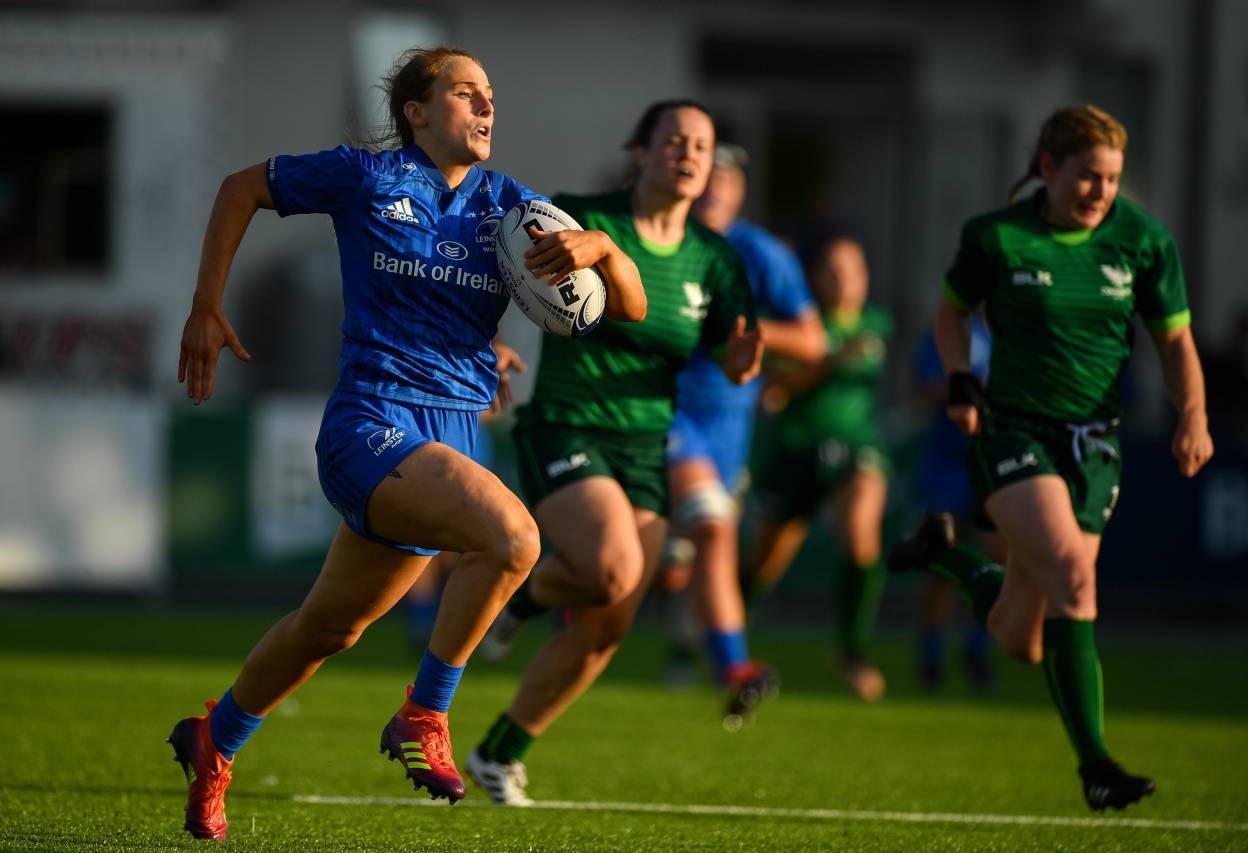