They may be overwhelming favourites to progress to the IRFU Women’s Interprovincial Championship decider, but Michelle Claffey insists that table toppers Leinster will need to be wary of the challenge posed by semi-final opponents Ulster tomorrow.

In a change to the previous round-robin format where the team that topped the table after three rounds of fixtures won the title, two weekends of play-offs have been introduced for this season’s Women’s Interpros.

Following the 1.30pm semi-final showdown between Munster and Connacht at Templeville Road tomorrow afternoon, defending champions Leinster square off with their northern counterparts at the same venue at 3.45pm.

The Ulster Women have struggled to make a lasting impact in recent campaigns and suffered a 24-5 defeat to the holders in their previous meeting in Armagh last month. However, Leinster centre Claffey feels that the final scoreline was not a true reflection of the game.

“Against Ulster the last day, it was a very physical game. It was a very up-front battle. They’re very good at the breakdown. They will turn us over if we’re complacent around that time, but Ulster are obviously building as well,” she acknowledged.

“We need to get our set piece right. I think that’s one area we’ll need to work on for this coming weekend. I think it’s a very different pack versus our Leinster pack. It’s just the physicality. We need to bring it to them up front. Technically, we need to be better. We also need to be smarter around the pitch too.

“They only lost their last game by one point against Connacht (20-19). It wasn’t a whitewash or anything like that. They put it up to Connacht. It was a very close game at the end.” 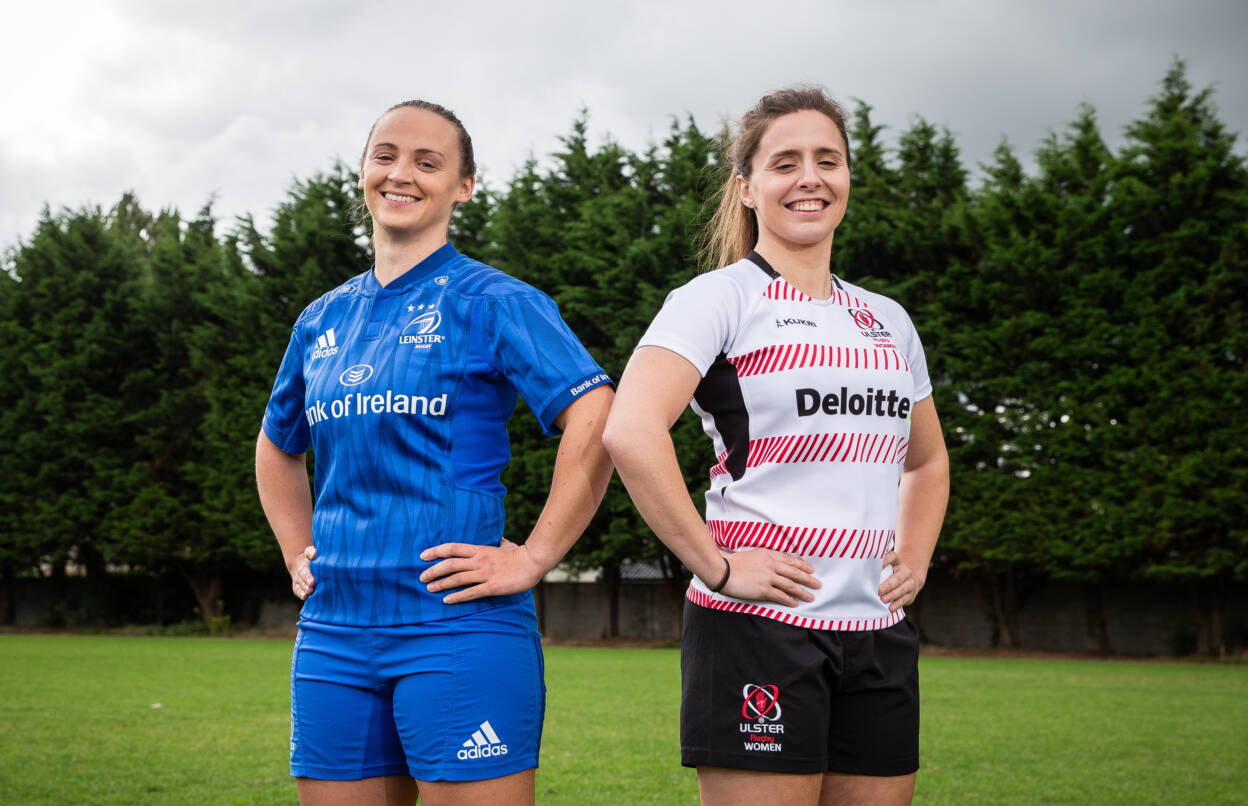 While Claffey and a host of familiar faces are back in the fold, there has been considerable growth in the Leinster squad over the past twelve months. When head coach Ben Armstrong unveiled his selection for the tournament at the beginning of August, it featured several uncapped players.

Included among the new crop are Ireland-capped duo Elaine Anthony and Larissa Muldoon, who have previous experience in the competition with Munster and Ulster respectively. Additionally, Grace Miller, the younger sister of Grand Slam winner Alison, has linked up with Claffey in midfield while captain Sene Naoupu was deployed at out-half.

Rather than sticking with last year’s tried and trusted line-up, the Offaly native believes it is important to integrate fresh faces into the Leinster Women’s programme and continue to build depth and build for the future.

“We’ve got a load of new girls this year. I think the transition from last year’s squad to this year’s squad, it’s probably about 50-50. The girls that have come in, they’ve played AIL. They’ve played international rugby. Either Sevens and 15s, in some cases.

“They’ve added to the team and that’s what we need. Different ideas, different thoughts. I think it’s really good and we’ve got young players coming through as well, which is nice, and different ranges of clubs as well. It’s been really good.”

Given they were always going to be guaranteed a spot at the semi-final stage – the group standings merely determined the make-up of the last-four – Armstrong and his coaching team were able to rotate the Blues squad during the initial rounds of the Championship.

The extended provincial season has allowed the Australian to explore the options within the camp, which Claffey, the Blackrock captain, hopes can ultimately feed into the international set-up.

“It was quite nice to get people involved, get people playing. Get more caps on, because that’s what we need for progression into Ireland is to play. It’s different, but I think every team has learnt differently from it.”

In recent times, a succession of nail-biting encounters has significantly enhanced the already intense rivalry that exists between Leinster and Munster. After the Blues had been knocked off their perch in 2017, they bounced back to reclaim the Interprovincial crown at Energia Park the following September. 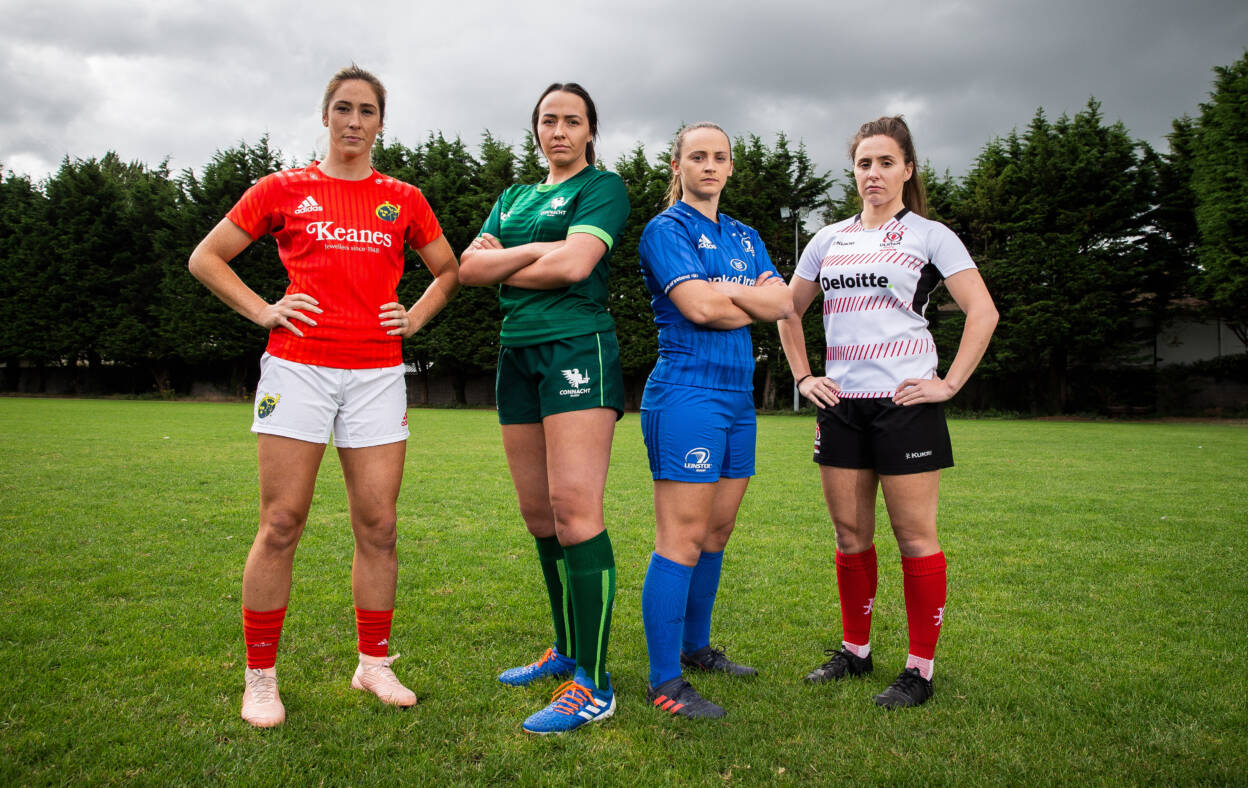 Despite finishing level on points in the final table, a 14-all draw with Munster was enough to give Leinster the 2018 title on scoring difference. The provinces recently met at Irish Independent Park where Armstrong’s charges emerged as 20-13 winners.

Should they come through their respective semi-finals tomorrow at St. Mary’s College RFC, the familiar foes will face off in next week’s final in Donnybrook. Although their clash down in Cork did not hold the same significance as it had in previous years, Claffey made sure to cherish a moment that can be all too rare in modern sport.

“There’s quite a large rivalry. Even that last game, it was probably the most nervous I’d been for any game. I wanted to play well. Sometimes you don’t win that many matches in your playing career! You have to enjoy winning each game. You have to learn from the losses. I celebrated that win, as in I was happy.

“I’m not usually very happy after games are over and we’ve won, but I think it was a really good team effort. I enjoyed that game a lot. I think it’s important as a team to celebrate wins, but we have to get to a final or a 3rd-4th place play-off to play them again. We’ll see what happens there. Like I said, Ulster first. I don’t know what’s going to happen there.”