Ireland have three Sunday lunchtime kick-offs at Energia Park to look forward to in the 2020 Women’s Six Nations Championship, beginning with the visit of Philip Doyle’s Scotland side on February 2.

The 2020 Women’s Six Nations fixtures were announced today, with Ireland hosting Scotland, who are now coached by Doyle, Ireland’s 2013 Grand Slam-winning boss, and Wales during the opening two rounds. Click here to read about the IRFU’s integrated season plan for Women’s rugby.

Adam Griggs, who takes charge of Ireland for a third successive year, will want to build some early momentum in those games, especially with an eye on next September’s 2021 Women’s Rugby World Cup qualification tournament between Ireland, Italy, Scotland and the 2020 Rugby Europe champions.

Energia Park in Donnybrook is Ireland’s home venue for the fifth straight year, with last season’s matches against England and France drawing record standalone Women’s crowds of 4,637 and 6,047 respectively. The Ireland Women have won six of their ten Six Nations games in Donnybrook in the last four years, defeating every team bar England.

The girls in green’s Six Nations campaign continues on Sunday, February 23 with a trip to Doncaster’s Castle Park to play defending champions England, before Italy, buoyed by last season’s historic second place finish, provide the opposition in the last of the Sunday 1pm kick-offs in Donnybrook on March 8.

Ireland’s final round game will take them to Lille to lock horns with France on Sunday, March 15. Once again, every match in the Women’s Six Nations will be broadcast on TV in each team’s home territory – RTÉ in Ireland, Sky Sports in England, FR2/FR4 in France, Eurosport Italia in Italy, BBC Alba in Scotland, and BBC Wales/S4C in Wales. 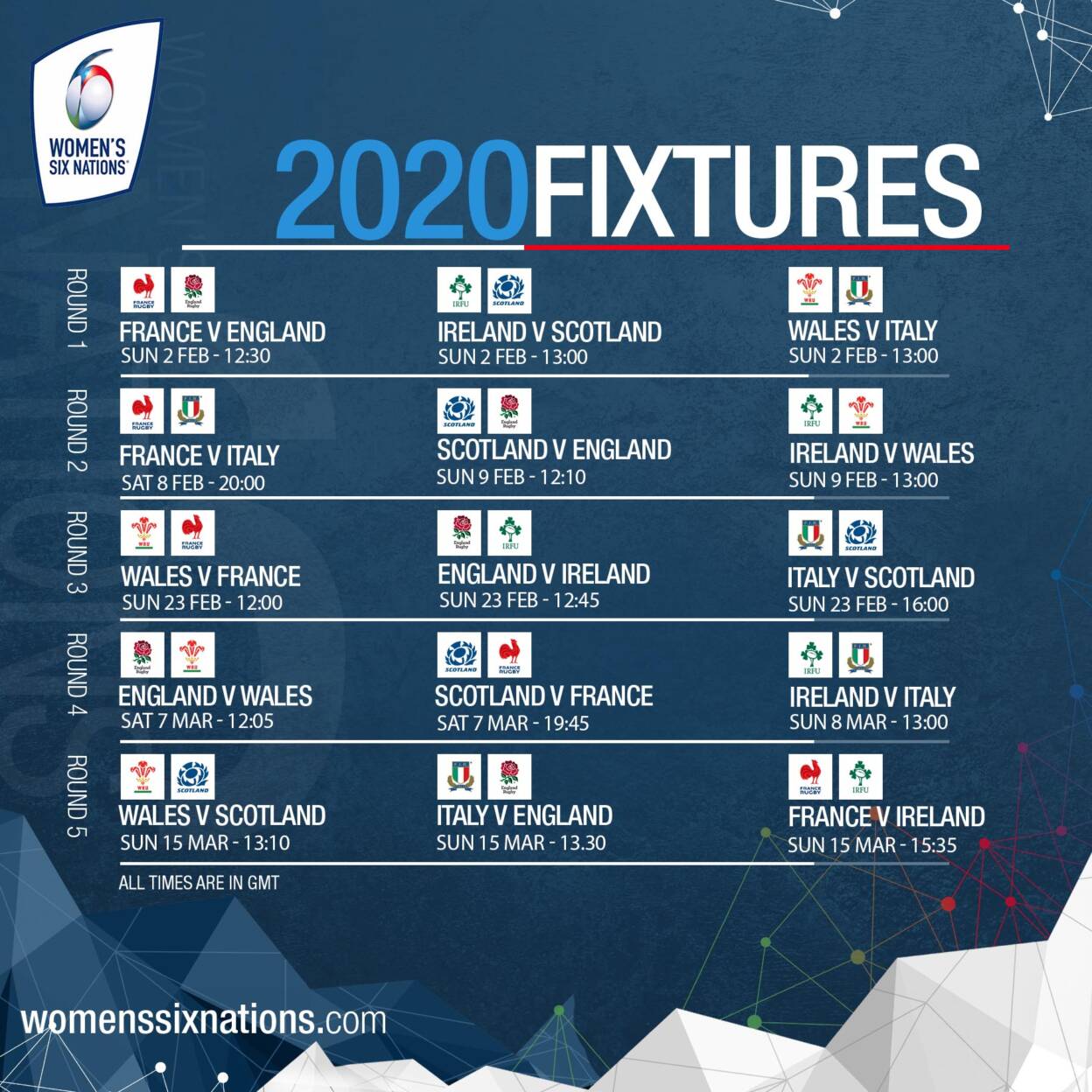 Worldwide interest continues to go from strength to strength, and the Women’s Championship will be broadcast in over 175 countries around the world. In addition, dedicated highlights programmes will be available and selected matches will also be streamed online for fans to enjoy.

Fans can also stay in touch with the Championship at womenssixnations.com, on dedicated Facebook, Twitter and Instagram channels, and by signing up to the Championship’s official newsletter.

Six Nations CEO Ben Morel commented: “Women’s rugby is going from strength to strength. Each Championship is bigger and better than the last and that’s something we are determined to continue in 2020.

“The competitiveness of the teams, the emergence of really strong rivalries and the quality of the fixtures we’re seeing is what is driving the success of the game. The Women’s Six Nations is the biggest annual tournament in world rugby and a standout example of what can be achieved in Women’s sport.

“It is at the forefront of that in terms of giving superb athletes the opportunity to impress. It is growing, particularly in the area of broadcast and commercial interest but ultimately it’s being driven by fans, players and our Unions.

“We’re looking forward to another brilliant season and to accelerating the development of the Championship very rapidly over the coming years.”