Despite their frustrating run of form in the IRFU Women’s Interprovincial Championship, Beth Cregan is adamant that Ulster are heading in the right direction under performance coach Derek Suffern.

Speaking ahead of the last-four showdown in Dublin, Ulster captain Cregan said: “Since Derek Suffern has come in, there has been such a drastic change over the last three years. Even in terms of our training and things, it has just become a lot more professional within the set-up.

“It has even stepped up way more this year and the expectations that has probably been placed on the girls. Previously, we just kinda made the transition from club to province and if you went elsewhere, then you had that step up. Whereas now we definitely have a step up from club to dealing with Interpros.”

Without an Interprovincial victory since 2012, Ulster lost a tight contest to Connacht at Queen’s University most recently, going down 20-19 in the final round of the round-robin phase. Back rower Cregan believes they are getting closer to achieving better results.

“The girls were very unlucky that day. There were a few things we should have controlled that we didn’t control. We went into half-time in the lead. Came out and fell asleep for 10 minutes and Connacht scored 10 points. We should have scored earlier in response and we didn’t.

“Connacht, fair play to them, their defence really stepped up in the second half. We scored – in what we didn’t know was going to be the last play of the game – to bring it to one point. We thought we had time to go back down the pitch for the three points.”

The decision to extend the provincial season – and gather all four provinces together for a festival of rugby on semi-finals day at St. Mary’s College RFC – was taken with a view to increasing the profile of the Women’s game in Ireland. The following Saturday (September 21) will see the senior finals held at Energia Park and the Under-18 deciders at MU Barnhall RFC.

From Cregan’s point of view, the link-up between the senior and underage sides, with a number of double-headers taking place in recent weeks, has been of significant benefit to the game in the north.

“Having the semi-finals and finals played together, and having the U-18s and Women’s matches on the same days has definitely promoted it. We go to our U-18 matches as long as we can, obviously until we’re into warm-up stuff. Then the U-18s will stay after the match to watch us. You’re getting rugby players and rugby fans to watch more of the matches.” 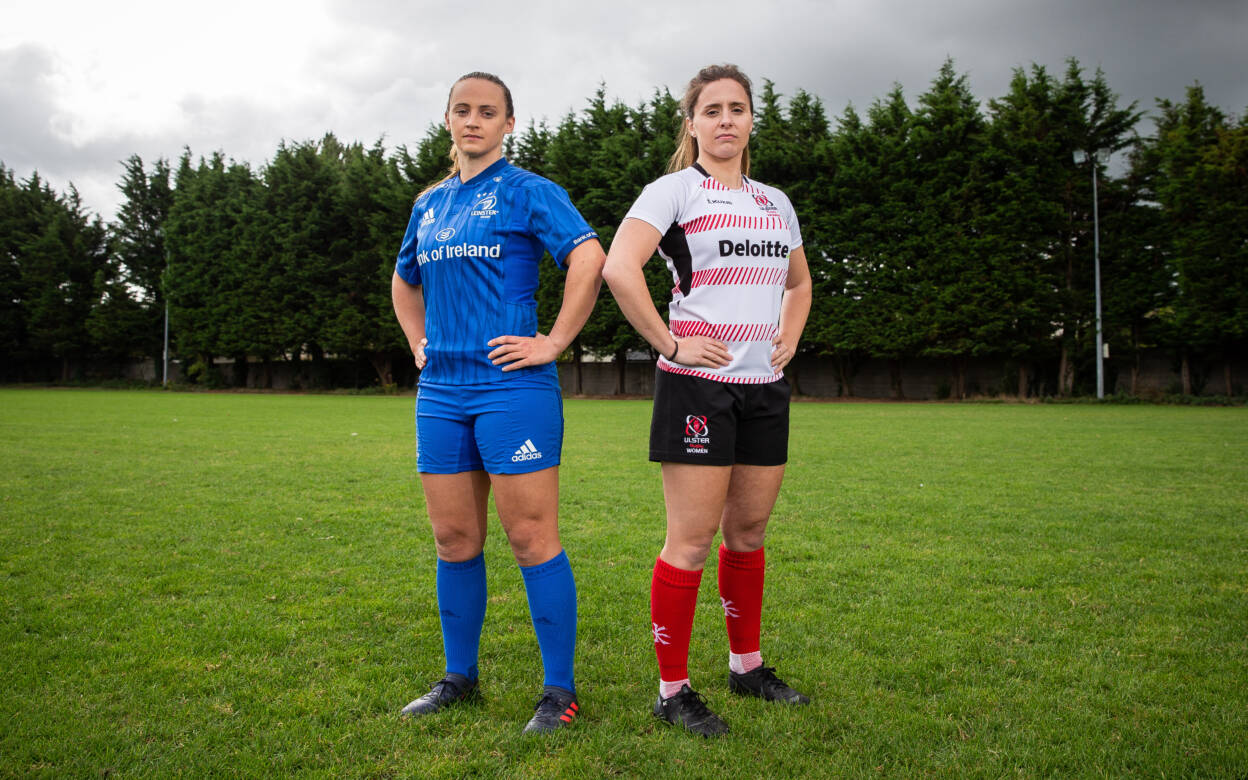 Whereas Galwegians and UL Bohemians are the sole representatives of Connacht and Munster in the Energia Women’s All-Ireland League, Malone’s promotion has ensured that the province of Ulster will have two teams at the top level of Women’s club rugby for the forthcoming 2019/20 campaign.

Cregan has already been operating in the AIL with Belfast outfit Cooke, who finished fifth in the table last season and won the All-Ireland Shield title. The versatile forward regards this as another positive step and also sees great encouragement in the work being done by Virginia and Enniskillen in the youth ranks.

“There’s now two (Ulster) clubs in the All-Ireland League. Underneath that, there’s around eight teams playing in the Ulster Division One and there’s teams in lower grades. Virginia are very strong. They’ve moved now this year, they’re in Leinster.

“They get more games, because most of our U-18 teams are still being set-up. The likes of Virginia and Enniskillen have been predominantly where U-18s have come from. They’ve got a really good, strong base. It’s just trying to make sure those girls stay in club rugby and even if they can get to play club rugby with a senior team around that area.” 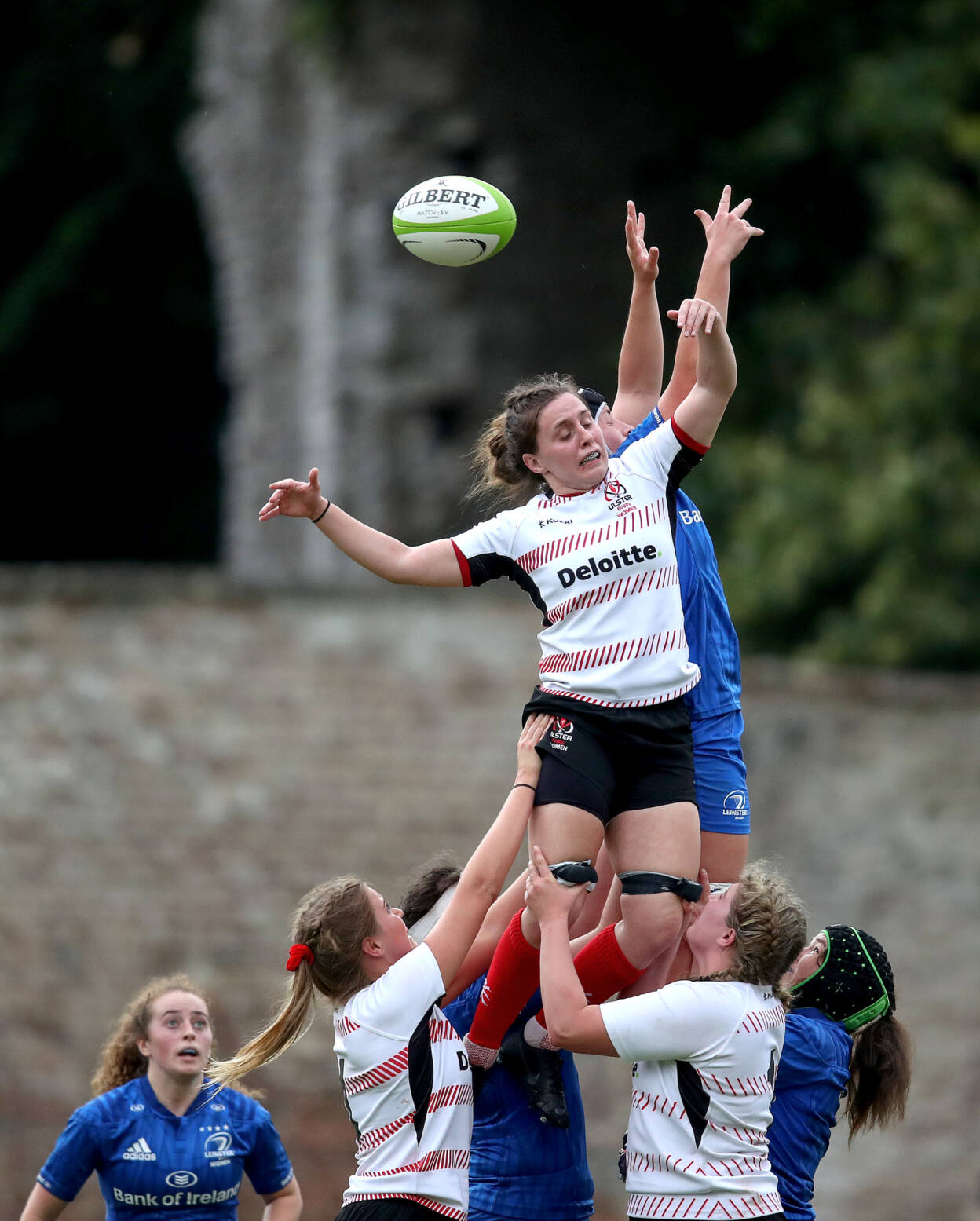 While the future of the Women’s game in Ulster is seemingly in capable hands, it is up to Cregan and her team-mates to control the here and now. They got a taste of what Leinster are made of when the sides faced each other at City of Armagh RFC in the second round last month.

That clash ended in a 24-5 win for the visitors, who eventually pulled away after encountering significant resistance from Suffern’s charges. The loss of Claire McLaughlin to ankle surgery has hampered Ulster’s chances, but the emergence of new international players such as 15s scrum half Kathryn Dane and Lucinda Kinghan, in the Sevens game, is certainly a bonus for the province.

“I know Leinster did haul in all the changes when they came up to play us, but it was a very tight match,” admitted Cregan. “They pulled away in the last-third, but it was nothing that we were scared of. Whenever we went back to the video review and looked back at the match, we said to ourselves if we had any of the teams again we would have been comfortable enough to go back at it.

“There’s nothing they did that we couldn’t have a response to. Our mistakes were small scale errors and not big, collective team system errors. It’s a really good place for us to be in.”