The cream of female rugby talent will be on show at Templeville Road next Saturday when St. Mary’s College RFC play host to the IRFU Women’s Interprovincial Championship semi-finals at senior and Under-18 levels.

This season’s expanded competitions saw the provinces jostling for position across the first three rounds, with the Leinster senior and U-18 teams both gaining the top seeding. However, it is now back into cup rugby mode and anything can happen in next weekend’s much-anticipated last-four matches.

Adding to the excitement of Vodafone’s sponsorship of the Women’s Interpros from 2020, the September 14 semi-final fixtures and kick-off times have been confirmed with second-placed Munster and Connacht, the third seeds, kicking off the senior action on the main pitch at 1.30pm.

Ulster will attempt to take down defending champions Leinster at 3.45pm, while the U-18 semi-finals will be played on pitch 2 as Ulster and last year’s winners Connacht clash at 12pm, before familiar foes Leinster and Munster battle it out at 2.45pm. 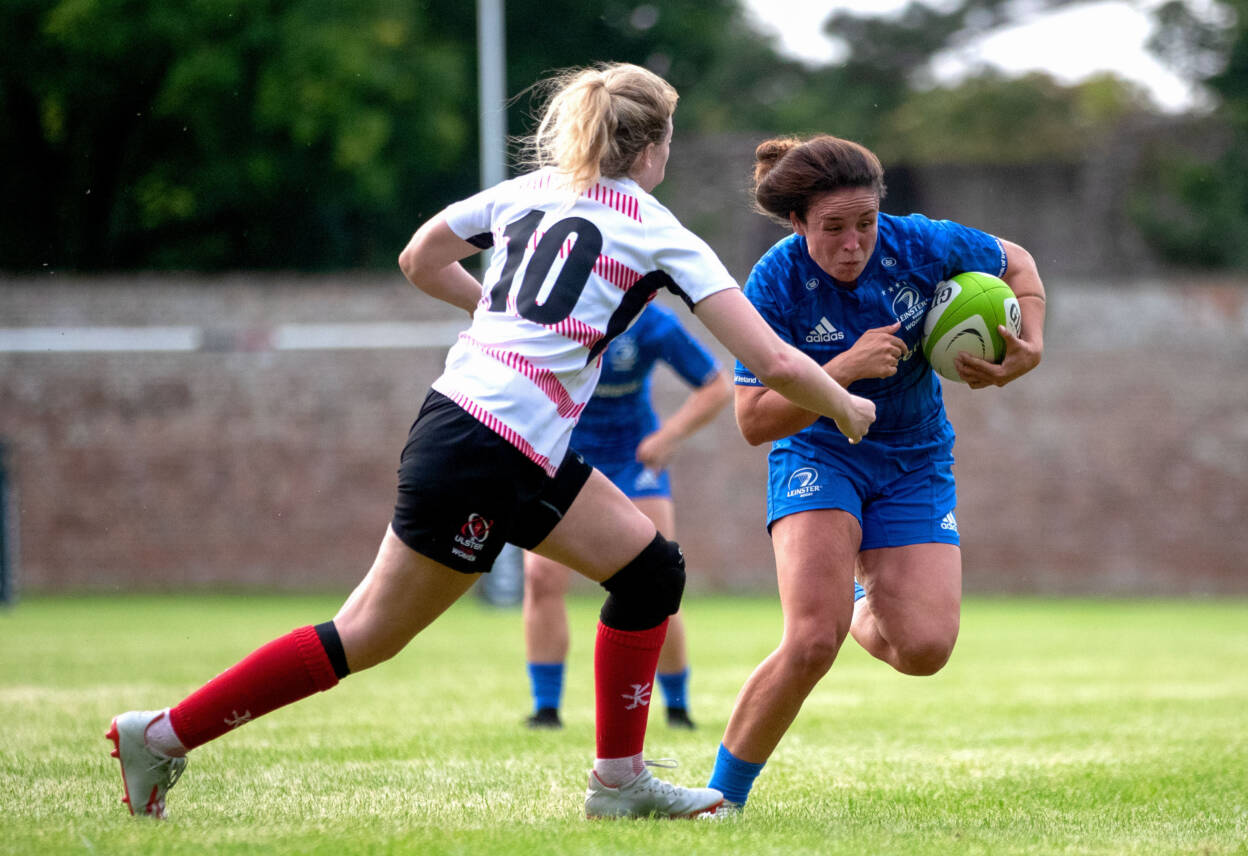 The Connacht senior side opened their win account in Belfast last week, overcoming Ulster 20-19 in a thrilling encounter. Scrum half and vice-captain Mary Healy believes the play-offs are a brilliant introduction and that they offer her team huge scope to improve both individually and collectively.

“With three games, sometimes you’re only finding your groove,” the Ireland-capped Healy told Irish Rugby TV. “Getting to know each other, getting to know the girls more. So it’s great that we’ve another two games to play. There’s more to play for – it’s brilliant, it’s really exciting.

“We just want to fine-tune (our play). We’ve seen glimpses of what we’re capable of, but we haven’t gotten both attack and defence together yet. So we’re trying to find our groove.”

Connacht’s new head coach Brian McClearn is quietly confident that they can raise their performance levels further as they look to right the wrongs of their disappointing 27-6 second round defeat to Munster at the Sportsground two weeks ago. He said:

“Even though a lot of the girls have come from last year, you know we’re just three games in together, we’re ironing out all the little bits that need to be ironed out. I think we’ve a point to prove against Munster in the semi-final that we are better than we showed up at the Sportsground.

“I think we will come with that and we will prove that point (next week). We’re really looking forward to it. It’s an opportunity to push it through to the next step and really fully implement our attack and defence.”

The Senior Interpros will wrap up on Saturday week (September 21) with the 3rd-4th place play-off at 5pm and the Championship final at 7pm. The finals venue will be announced next Monday. MU Barnhall RFC will host the Under-18 finals double header on September 21, with provisional kick-off times of 12pm and 1.30pm.