Since taking up the sport as a second year student in UCD, Connacht captain Nichola Fryday has enjoyed a rapid rise through the ranks of Irish Women’s rugby.

Having initially made waves in the Leinster Senior League with her local club Tullamore, Fryday set her sights on making the provincial grade in 2016. However, out of the blue, she received a call-up to the international set-up and made her Ireland debut against Canada that November.

“I hadn’t expected it at all. I went for a trial to Connacht, I really wanted to make a provincial team. That was my goal for that year,” explained the 24-year-old forward who plays in the second row and back row.

“I was lucky enough that Tom Tierney (the Ireland head coach at the time) was at a couple of our sessions and brought me into the squad. I hadn’t expected any of it. It wasn’t on my horizon at all. To get the call-up was just a huge, huge honour.

“I was 21 when I got the call-up. I’m 24 now. I have a few years of just being in there and experiencing it. It’s an unbelievable experience. To get invited to a training camp is a huge achievement, let alone getting to play.” 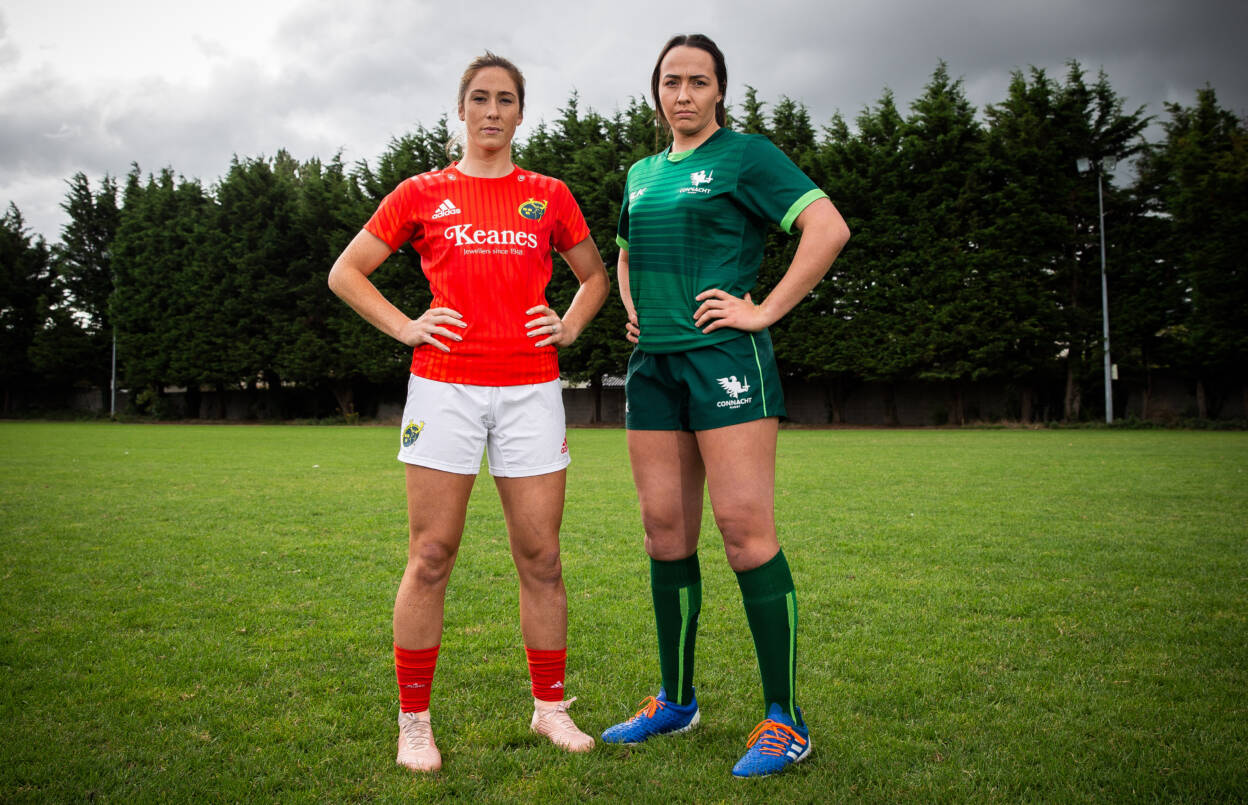 Despite it being a dream come true on the surface, that clash with Canada, which took place in the familiar surrounding of UCD, proved to be a baptism of fire. Lining up in the second row alongside Katie Norris, Fryday was part of an Ireland team that suffered a heavy 48-7 defeat to the 2014 Women’s Rugby World Cup finalists.

“It was all a blur, I don’t remember any of it! It was a tough match. All I remember from it is just tackling continuously. I don’t think I did much else but tackle,” she admitted.

“They were an unbelievable side. They were just on another level. It was something that just opened my eyes up to what international rugby is. I’ve just loved it ever since that day.”

After narrowly missing out on selection for the 2017 World Cup on home soil, Fryday has gone on to establish herself as an Ireland regular under current head coach Adam Griggs. She is determined to secure qualification for the 2021 World Cup with Ireland through a European Repechage tournament next year.

Looking forward to an exciting 2019/20 campaign at international level, she noted: “Players are getting more chances to play. I think that’s what we need as a squad, is chances to get as much game-time together. Really become a cohesive unit. I think any time we get more matches, it can only be seen as a plus.

Before switching her focus to the Energia Women’s All-Ireland League with Galwegians and her Ireland commitments, Fryday is relishing Connacht’s renewal of rivalries with Munster in Saturday’s opening  IRFU Women’s Interprovincial Championship semi-final at Templeville Road (kick-off 1.30pm).

While she readily acknowledges that Laura Guest’s Reds will be firm favourites to prevail, their 20-19 win over Ulster in the final round of the group stages has certainly boosted morale within the western ranks.

“Munster are a tough team and they always fight to the end. We’re under no illusion, it’ll be a big match at the weekend and a big, physical match. We’ve been prepping the last two weeks and we’re taking the first 10 minutes as it comes.

“We had said we needed the win last (Saturday) week and it was a very, very tough match. We ground it out in Belfast and got the win that we needed. It has given us a little bit of confidence going into this weekend now and it gave us a bit of a pep in our step.”

Like their opponents this weekend, Connacht are able to call on a host of international players, both past and present. Fryday, Laura Feely, Edel McMahon, Anne-Marie O’Hora, Nicole Fowley, teenage sensation Beibhinn Parsons and Alison Miller all featured for Ireland in the 2019 Women’s Six Nations Championship.

Vice-captain Mary Healy and Mairead Coyne have also been capped in the past, although the latter is part of the Galway squad that faces Dublin in the All-Ireland Senior Ladies Football Championship final at Croke Park on Sunday.

Miller did call time on her international career in March, but remains a key figure in Connacht’s back-three. She has also taken on the role of assistant coach for Connacht’s Interprovincial campaign, and Fryday is delighted to have the Laois native on board in a dual capacity.

“It has been great to have Ali in. She’s just brought that bit of experience. That voice in the background that helps settle newer girls, with nerves and stuff like that. Also, to bring a bit of experience of these high pressure games. To have her within the squad is a huge boost to us.” 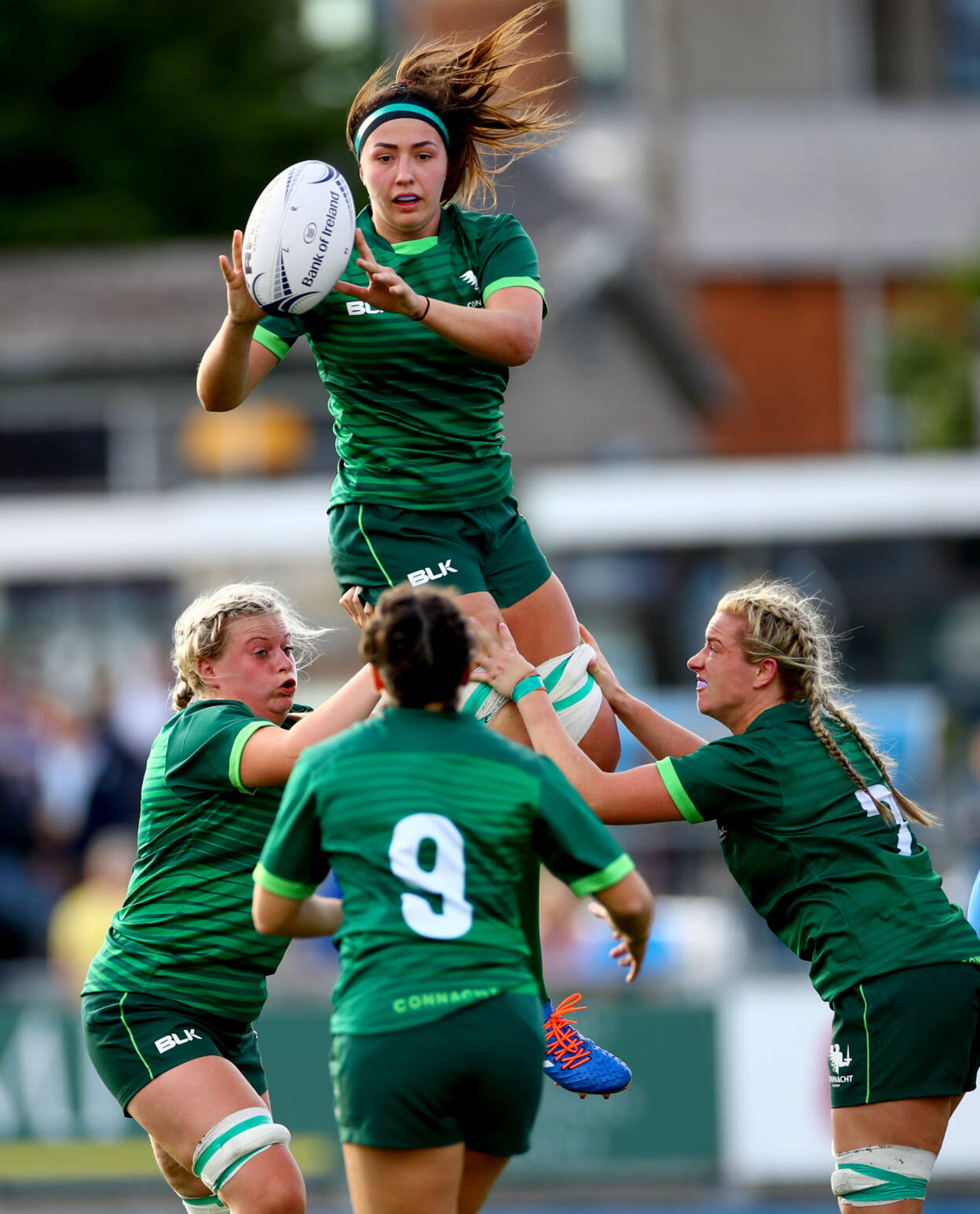 An Agricultural Science graduate, Fryday currently works as a customer care specialist with Kerry Foods in Naas. A round trip of just under 400 kilometres for both club and provincial commitments can take its toll, but the camaraderie within the Connacht squad is making it all worthwhile for the Offaly native.

“I felt the effects of all the driving, but I’ve really enjoyed this season with Connacht and whenever I have any doubts when I’m in the car, ‘why am I driving?’, I just go to a training session and I know why I’m there.

“I really love the group of girls that are down there and I really enjoy the trainings that we’ve had this year. Any doubts I’ve had are pushed firmly back whenever I get to the sessions,” she insisted.