The Ireland Under-18s showed plenty of character and reserves of energy to bounce back from their quarter-final exit with two closing wins at the Rugby Europe U-18 Women’s Sevens Championship in Jarocin, Poland.

After losing their last-eight clash with eventual silver medallists England, the Ireland youngsters regrouped to secure a fifth place finish thanks to victories over Czechia (29-10) and Scotland (21-7), the team that beat them to top spot in Pool C yesterday.

Captain Beibhinn Parsons, who played in last year’s tournament with Grace Browne Moran, showed exactly why she has already been capped at senior level in both 15s and Sevens. The Ballinasloe flyer top-scored with eight tries, including a stunning hat-trick in the rematch with Scotland. 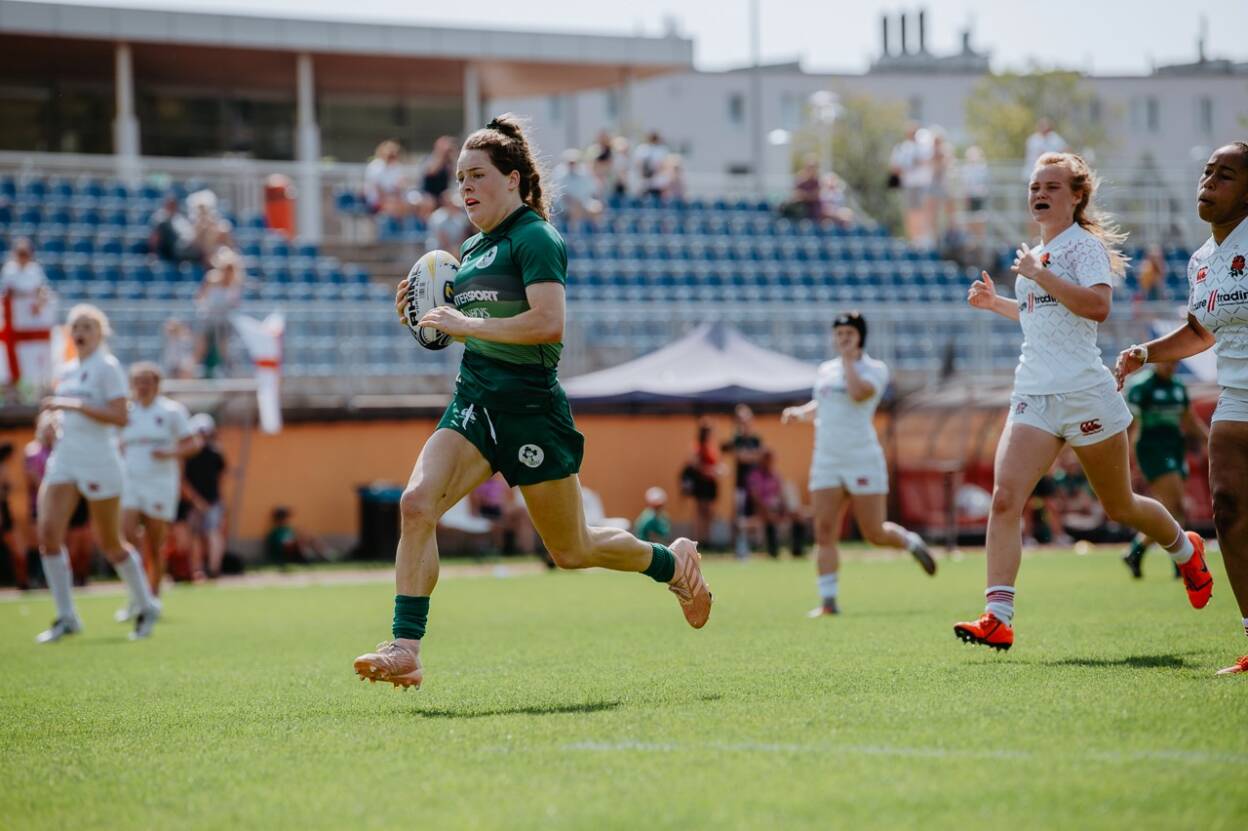 Listowel’s Meabh McElligott chipped in with five tries across the weekend, while key forward Mya Alcorn from Letterkenny made her mark with a trio of well-taken scores. It was a resilient collective effort from the 12-strong squad under the tutelage of coaches Ben Martin and Stan McDowell.

Fifth place is Ireland’s joint-second best finish in the six-year history of the U-18 European Championship, and it certainly bodes well for the future with Gorey young gun Kate Farrell McCabe already brought in last week as a new member of the Ireland Sevens senior squad.

Having tackled England backwards early on, Ireland struck first in this morning’s quarter-final when the determined Alcorn drove forward from a penalty and Parsons injected some pace in midfield, stepping off her right and brilliantly accelerating through a gap to score from outside the English 22.

Her third-minute try was converted by Lucy Turkington, who had recovered from yesterday’s injury, but England, the recent Home Nations Sevens champions, soon worked the ball wide for Maisy Allen to reduce the deficit to 7-5.

A try-saving tackle from Alcorn was adjudged to be high, putting the Ulster player in the sin-bin, and when she returned early in the second half the game was deadlocked. However, facing into a strong wind, Ireland were unable to break out of their own half and England triumphed thanks to a late flurry.

Parsons was hauled down on a potential breakout, before England took the lead for the first time in the 11th minute. Flo Robinson scored out wide and then Jess Cooksey did likewise a few minutes later. There was still time for Grace Crompton to beat McElligott on the outside to leave 15 points between the sides – 22-7. 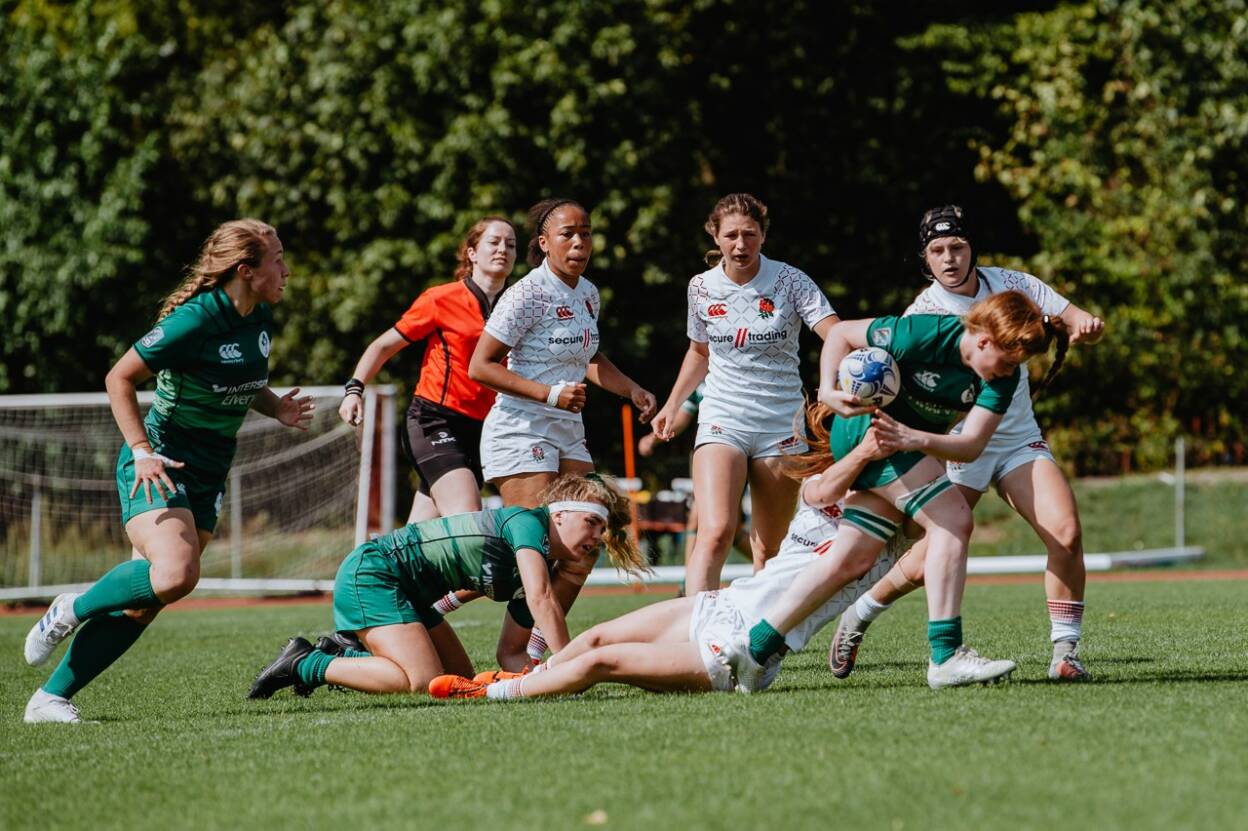 Ireland then entered the 5th-8th place bracket, first meeting Czechia, the recent winners of the Central European Cup. Alcorn and Parsons both ran in tries from the 40-metre range to give the girls in green a 12-point advantage, although the Czechs responded through Terezie Brezinova.

It was 17-5 at the break, a Turkington turnover and a powerful run and timely pass from Virginia’s Amanda McQuade paving the way for McElligott to finish off the third try.

Brezinova profited from a quick tap to speed clear and reduce the arrears to seven points again. Yet, Ireland had more in reserve as India Daley romped through from her own 22 following a Parsons turnover at the breakdown, and the fifth and final try saw Leah Reilly burst onto a Turkington pass to go darting in under the posts. 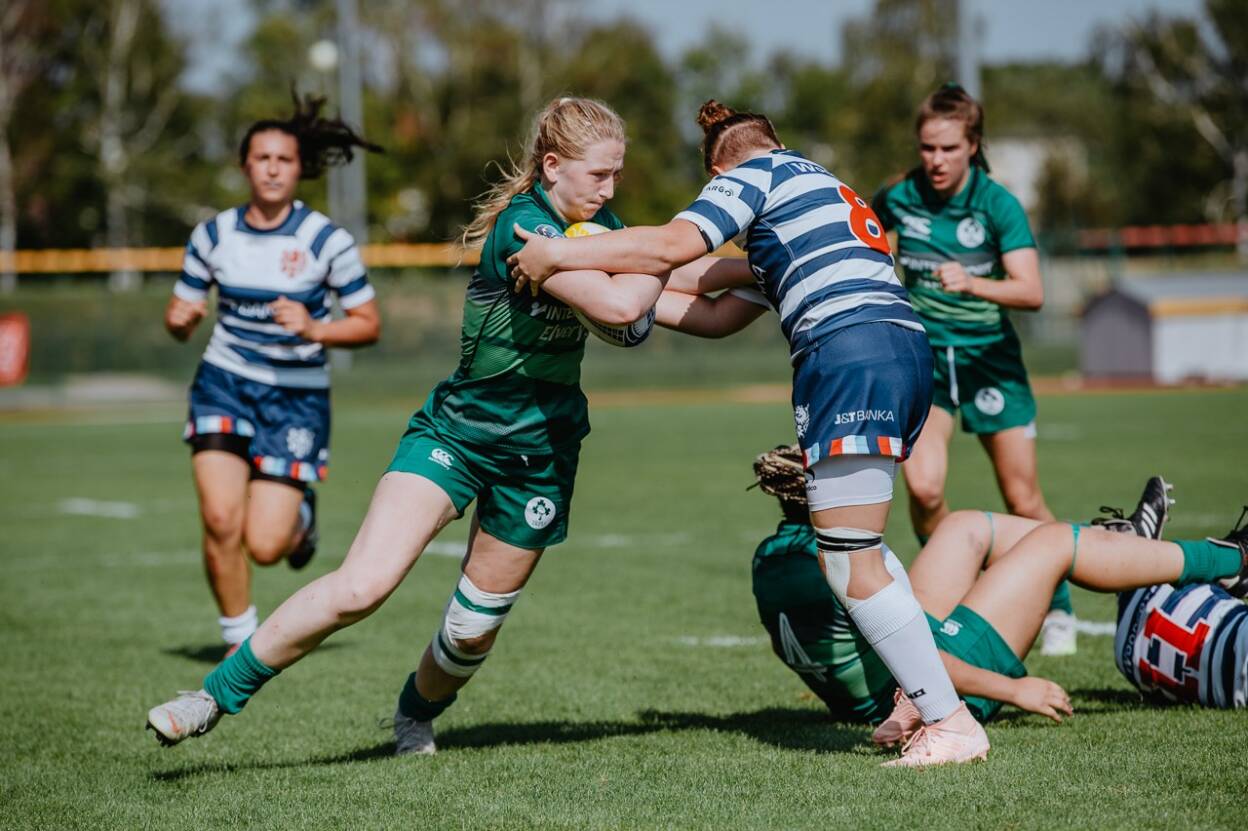 The 5th-6th place play-off provided Ireland with a chance to avenge yesterday’s 24-12 defeat to Scotland, and Parsons lit the touchpaper for a pulsating team performance. There were only 29 seconds on the clock when she dotted down after evading the clutches of three players straight from her own 22.

Turkington converted and was inches away from adding a second quick-fire try. Scotland almost scored on the stroke of half-time, but Ciara McCullouch was denied by Chisom Ugwueru’s last-ditch tackle and Alcorn also reacted superbly to hold her up under the posts.

There was an exchange of tries during the early stages of the second period, Parsons backing herself to run in a fantastic score from her own try-line before Scottish play-maker Meryl Smith answered back from the edge of Ireland’s 22. She added the conversion to leave just seven points in it.

Good work by industrious forward McQuade to secure possession from the restart led to Parsons’ match winner, another terrific run by the prodigious winger from inside her own half. Scotland were stopped in the tracks in the dying minutes by some tenacious tackling from McQuade, Browne Moran and McElligott. 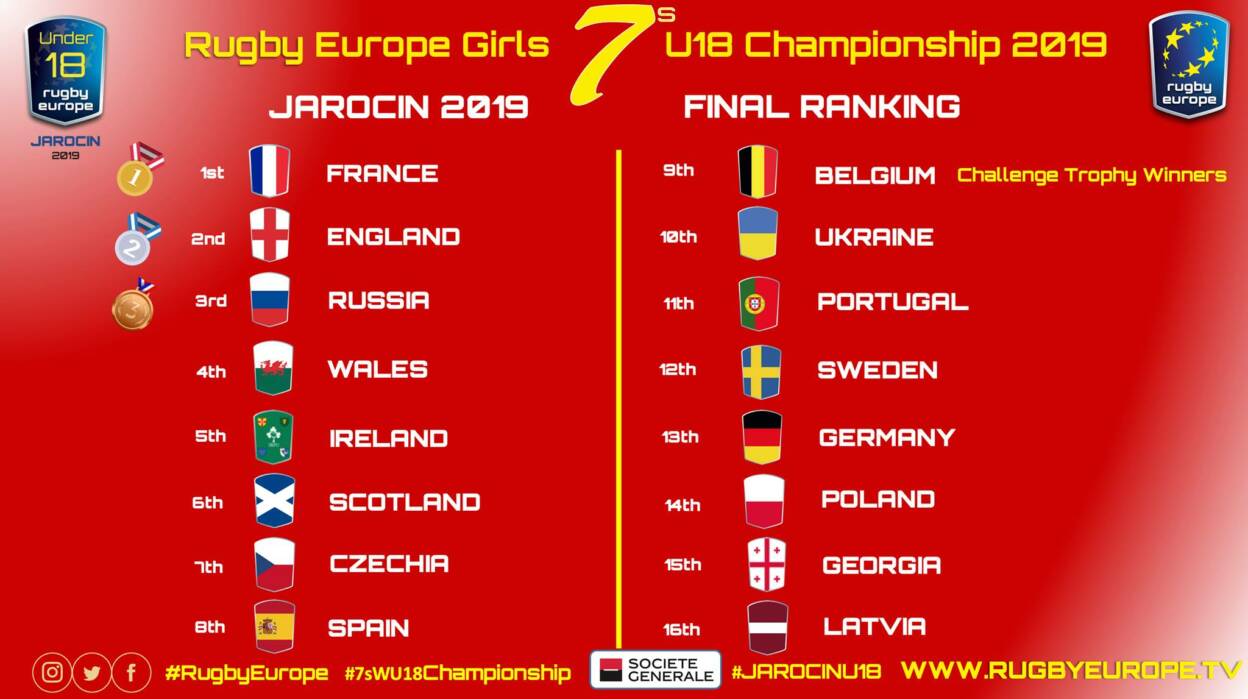 The U-18 European Championship forms part of the IRFU Women’s Sevens Development pathway for this crop of exciting players, some of whom will hopefully go on to follow in the footsteps of 2018 graduates Megan Burns, Anna Doyle, Dorothy Wall and Lucinda Kinghan who, along with Parsons, made their senior Sevens debuts for Ireland last season.

The full results and final standings are available here on the Rugby Europe website.