The Ireland Under-18 Men’s Sevens team will meet Germany at the quarter-final stage of the Rugby Europe U-18 Sevens Championship in Gdansk, following two wins out of three on the tournament’s opening day.

As the excitement builds ahead of two Ireland senior teams competing on the World Series for the first time, the potential stars of the future donned the green jersey today with the Under-18s, coached by Allan Temple-Jones and captained by Letterkenny’s Charlie Worth, in pool action in Poland.

They finished second to Georgia in Pool B, having defeated both Luxembourg and Russia by a 43-point margin before the well-drilled Junior Lelos won the pool decider 31-7. Temple-Jones’ charges face Germany, the Pool C runners-up, in the last-eight tomorrow at 11.06am local time/10.06am Irish time – live on www.rugbyeurope.tv. 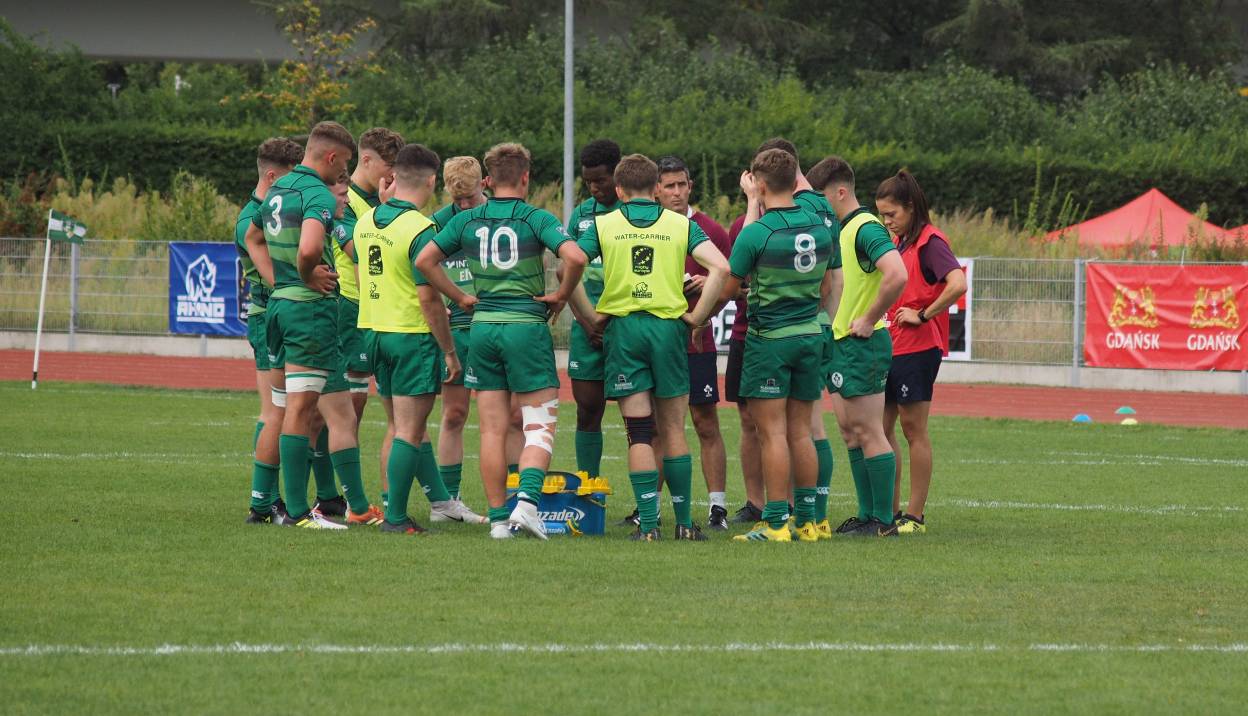 The Ireland youngsters were the joint-top try scorers during the pool stages, notching 15 tries in all with Wexford Wanderers’ Josh O’Connor leading the way with three, and Jude Postlethwaite, Aaron Leahy and Success Edogun grabbing two each. IQ Rugby recruit Michael Cooke was a busy figure at scrum half and scored 19 points with a try and seven conversions.

Leahy from CBC Cork finished past his opposite number to open the scoring against Luxembourg, with Postlethwaite outmuscling two defenders to score the second close to the posts. The rangy RBAI and Ulster Schools winger then charged through from 40 metres out to make it 17-0 for half-time.

Postlethwaite’s restart win set Leahy away up the left touchline and he passed back inside for Belvedere College’s Rory Dwyer to touch down. Cooke and Worth soon released O’Connor to widen the gap to 29 points, and Cooke and Worth provided two more assists, Conor McKee and Diarmuid Kilcommins both crossing with fellow replacement Edogun chipping in with a turnover penalty.

Ballymena’s Ben Moxham weaved away from a defender to get the scoreboard moving early on against Russia, as Ireland built on a well-won penalty by O’Connor. Strong running by Moxham and James Langston led to a second unconverted try from Cooke, and O’Connor then weighed in with a well-taken brace, the first of them from an arcing run from the Russian 10-metre line. 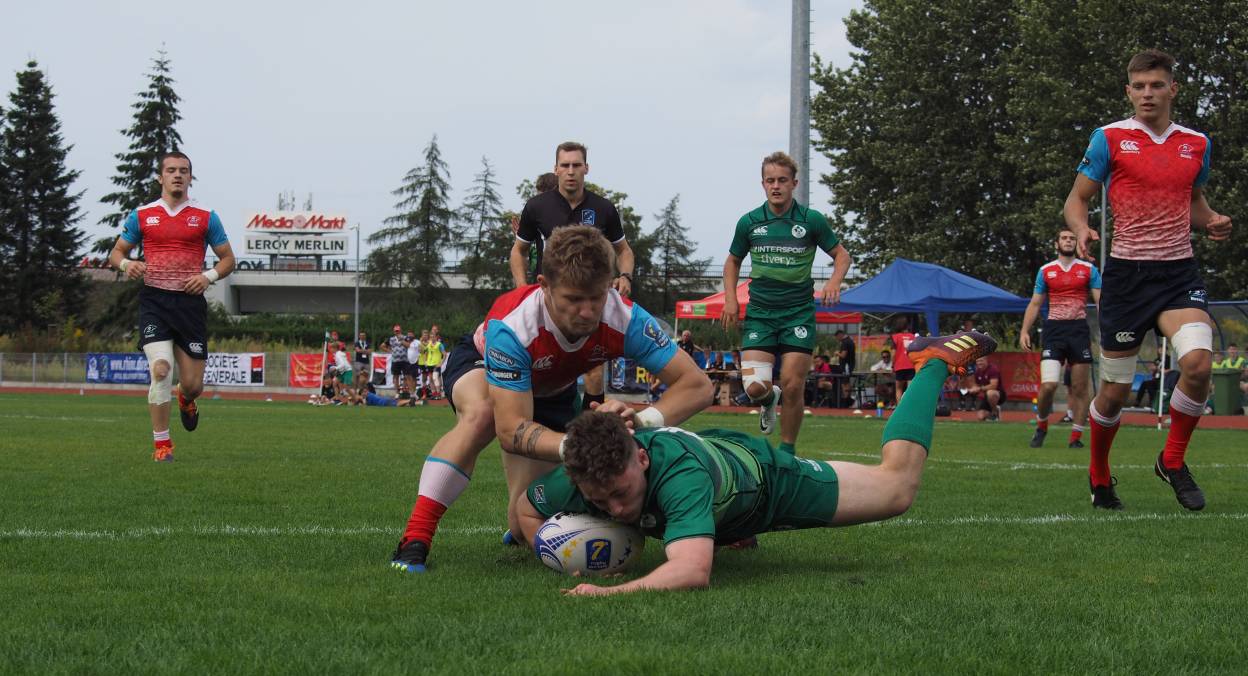 Ireland added three more tries after the break, pushing their 22-0 interval lead out to 43-0. Kilkenny College’s Edogun cut in between two defenders and rounded a third to open his account, before Langston’s offload out of a tackle sent Leahy in under the posts. Edogun saved the best for last with a long lung-busting run to the right corner, with McKee nailing the difficult conversion.

However, Ireland tripped up against Georgia in the final round as the early momentum allowed their opponents to build a decisive lead. Teimuraz Kokhodze showed power and pace to run in the opening try, while Davit Niniashvili used a nice dummy and turn of pace for the second. Kokhodze added another just before the break, his second score also seeing Dwyer sin-binned for a high tackle.

Trailing 19-0, Ireland were still down to six players when Beka Shvangiradze extended his side’s advantage. Despite the frustrating defeat which was sealed by Niniashvili’s late breakaway effort, Worth and his team-mates showed glimpses of their quality and the captain scored in neat fashion from Postlethwaite’s timely pass out of a tackle.

A big second day lies ahead for the eight title-chasing teams – Ireland, Germany, Russia, Belgium, Portugal and the three unbeaten pool winners, Georgia, Spain and France. The winners of the Ireland v Germany quarter-final will play either France, the defending champions, or Russia in the last-four.

The full results, pool standings and play-off fixtures are available here on the Rugby Europe website.