The introduction of semi-finals and a final provides added intrigue to this season’s IRFU Women’s Interprovincial Championship, which kicks off on Saturday with last year’s champions Leinster and runners-up Munster both starting with home games.

The first of the traditional round-robin fixtures sees an ever-improving Ulster side take on Munster at Irish Independent Park where the provinces’ senior and Under-18 teams face off. Admission for the mouth-watering double header is €5 for adults and under-18s go free.

It promises to be a very busy day for Fiona Hayes who is now the Munster U-18 Women’s head coach. Following the age-grade opener at 1pm, she will take up her usual spot in the Munster front row for the 3pm kick-off as the hosts begin life under new co-captains Chloe Pearse and Eimear Considine. 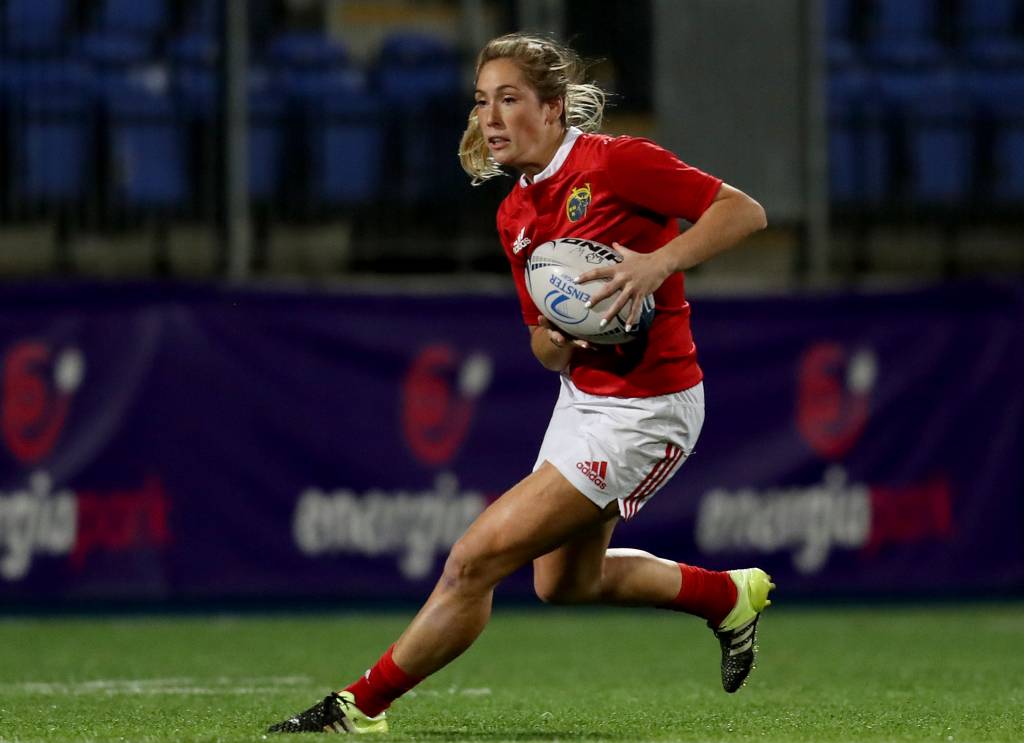 There is quite a bit of change to the Munster team that drew 14-all with Leinster in last season’s final round, a result which saw Laura Guest’s charges pipped to the title on scoring difference. With seven personnel changes, there are debuts up front for Shannon’s Ciara O’Halloran, the newly-crowned ‘Miss Limerick’, and Grainne Fennelly from Thurles.

Niamh Briggs, who assists Hayes as the Munster U-18 Women’s technical coach, shifts to full-back with Claire Keohane pairing up with 20-year-old Ireland talent Enya Breen in the centre. Thurles’ Christine Coffey gets a gilt-edged opportunity to impress at scrum half.

Pearse shifts to blindside flanker in a back row missing Ciara Griffin, while Hayes helms an all-UL Bohemians front row. Fresh from making her Ireland Sevens bow last month, Fethard & District’s Dorothy Wall is poised to make her Munster debut off the bench, along with Sarah O’Gorman from UL.

Derek Suffern’s Ulster squad will have drawn confidence from their recent warm-up wins over Connacht and the University of British Colombia, particularly Cooke prop Emma Kearney and Queen’s University number Shannon Buller who step up for their senior provincial debuts this weekend.

Cooke back rower Beth Cregan takes over the captaincy from Larissa Muldoon who has joined Leinster, with the latter’s full-back position filled by Malone’s Ella Durkan. Centre Vicky Irwin is another player to watch out for following her three tries during last year’s campaign.

Irwin’s Cooke colleagues Kelly McCormill and Katie Hetherington are two more first caps waiting in the wings, as are Virgina’s Lisa Mullen and Megan Brodie who was part of the Harlequins development squad last season. 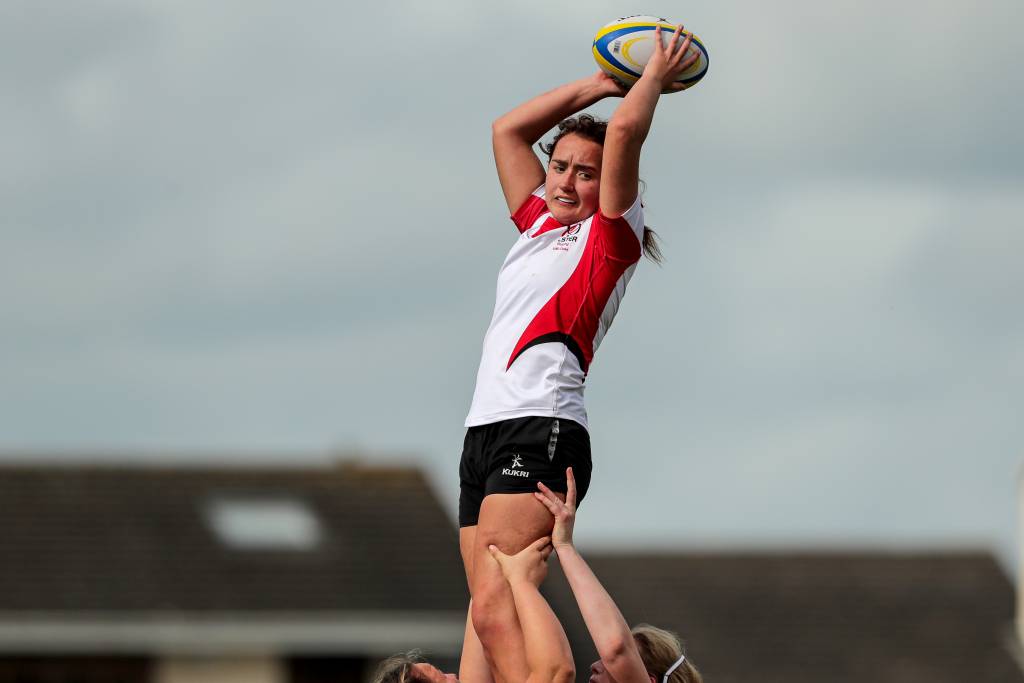 Suffern, the province’s performance coach, said: “We’ve progressed a number of ways. I suppose the summer training programme this year has been a lot better. We’ve had the girls three days a week, and we’ve had a lot of continuity of training and no confusion between club and province.

“We’ve also got a lot of young girls into the programme this year. We’ve had a big squad and we’re able to run a development squad beside our main one. We’ve seen a lot of that young talent put some of the senior faces under a lot of pressure for places this year which has been fantastic.”

Defending champions Leinster could have as many as eight players making their debuts against first round opponents Connacht in a triple header at Donnybrook. Sene Naoupu continues as captain for a second year, combining at half-back with fellow Ireland international Ailsa Hughes.

On a day when Leinster’s men and Under-19s also take to the Energia Park pitch, former Ireland scrum half Larissa Muldoon will make her Leinster bow at full-back. Old Belvedere’s Grace Miller is the other uncapped back, and sisterly love will be put aside for 80 minutes with Grace’s older sibling, retired Ireland star Alison, debuting as player-coach for Connacht.

Energia All-Ireland League title holders Railway Union provide the three uncapped players on the Leinster bench – Lisa Callan, Daisy Earle and Molly Scuffil-McCabe – and the province’s head coach Ben Armstrong is looking forward to seeing how this blend of old and new fares against a dangerous Connacht side. 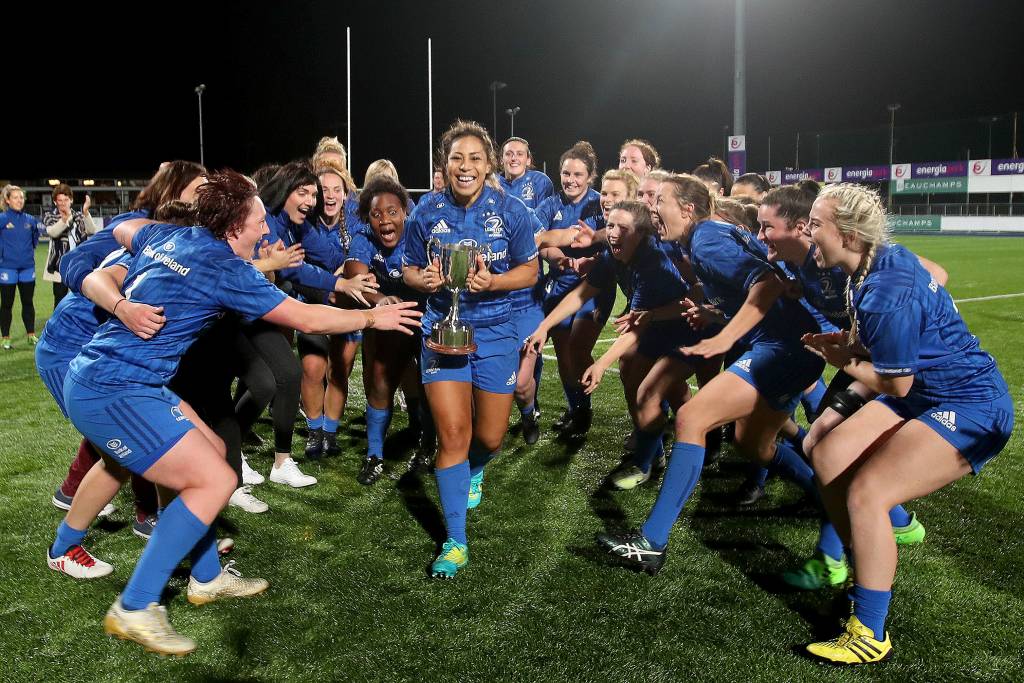 “There’s nerves and excitement. The nerves around selection and the nerves around announcing the squad and the team. The girls have been training hard, and there’s been a few little fumbles around training but that’s to be expected,” admitted the Australian.

“It’s great to be in the (match) week where we can focus and finally put on show all the stuff we’ve been doing over the off-season. Connacht will be hungry for revenge. They lost narrowly here two years ago, so they’re no strangers to this pitch and it’s not daunting for them. They’ll come here ready to play.

“That continuity between year-on-year made it very easy to chose Sene as captain again. Claff (Michelle Claffey) has done really well (as a leader), and also Lindsay Peat this year in the absence of Aoife McDermott. Lindsay is one that leads by example more than words, but all three of them do that as well.”

Connacht have a new coaching team on board with Brian McClearn taking the head coach reins, Alison Miller the player-assistant coach and Connacht men’s scrum half Stephen Kerins as backs coach. Ireland lock Nichola Fryday and scrum half Mary Healy are the respective captain and vice-captain. 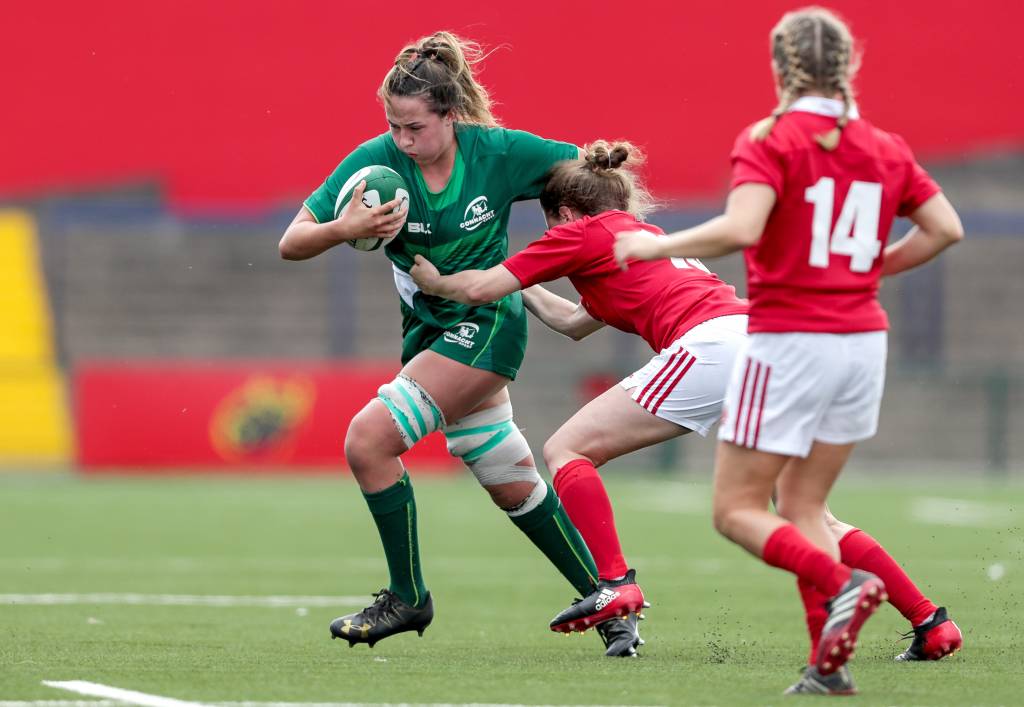 With trips to Donnybrook and Queen’s University, it is a tough opening schedule for McClearn and it will be interesting to see how some of last season’s Under-18 Interprovincial title-winning players adapt as they step up to senior level, including Lily Brady, Meabh Deely, Aoibheann Reilly and Ireland 15s and Sevens starlet Beibhinn Parsons.

“Preparations have been going very well since we started training earlier in the summer. As with any new management team we have been keen to implement our philosophy as quickly as possible and the squad have responded well to it so far,” said McClearn, the former NUIG and Galwegians head coach

“This year we have Alison Miller involved as a player-coach while Stephen Kerins from the pro team is also on board as backs coach. We also have Eamon Duane and Ann Caffrey in physio and S&C roles while Mark ‘Barney’ Moran remains team manager. They have all made a great impact and I’m delighted to have them as part of the team.

“We have picked a squad which I believe has a positive blend of youth and experience, and can have a big say in this Interpro series. Plenty of our players know what these Interpros are all about, but we have also included a number of players who were a part of last season’s U-18 squad that won the Interprovincial title. They have added a lot to our sessions and I’m glad to have them on board.”

Tickets for the triple header at Energia Park are available from €10 in Spar in Donnybrook and supporters can pay at the gate on Saturday. One ticket covers all three games, beginning from 3pm.