Nicholas (Nicky) Comyn was enrolled as the 131st President of the Irish Rugby Football Union at the annual Council Meeting in the Aviva Stadium today.

He has been elected to fill the highest office in Irish Rugby after a long and distinguished contribution to the game as a player, referee and administrator.

Synonymous with Sunday’s Well RFC, he has created a piece of club history by becoming the first member since the club’s foundation in 1906 to be elected President of the IRFU. A measure of his contribution to Sunday’s Well is that he held the office of club President on three occasions, most notably in the club’s Centenary Year of 2006.

Born in Mallow where he attended the local national school and played Gaelic football and hurling before moving on to Clongowes Wood College where he was introduced to rugby, he played rugby with his native Mallow, UCD, Palmerston and Cork Constitution, and was capped frequently by Munster as a junior interprovincial centre/winger between 1966 and 1970. 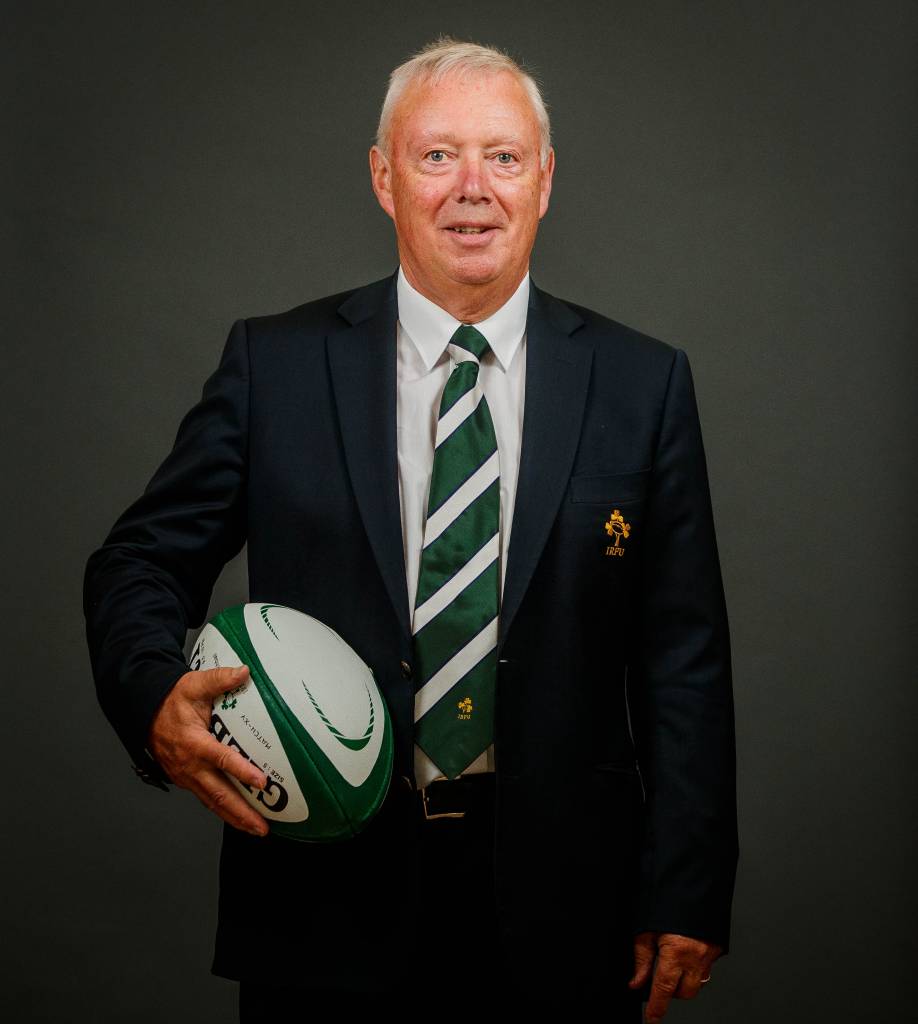 Following his playing days, Nicky was a member of the Munster Association of Referees between 1979 and 1984.

A delegate on the Munster Branch from 2006 to 2017, he was elected President in the 2008/09 season which coincided with the opening of the re-built Thomond Park Stadium.

A solicitor by profession, he has held a variety of key roles within the IRFU having been elected to the Union’s Committee in 2011, including as Chairman of the All-Ireland League sub-Committee, the Third Level Game Committee, the Junior Working Party and of the Women’s Advisory Group.

Married to Laura, they have four children: Keith, Amanda, Nicole and Horace.